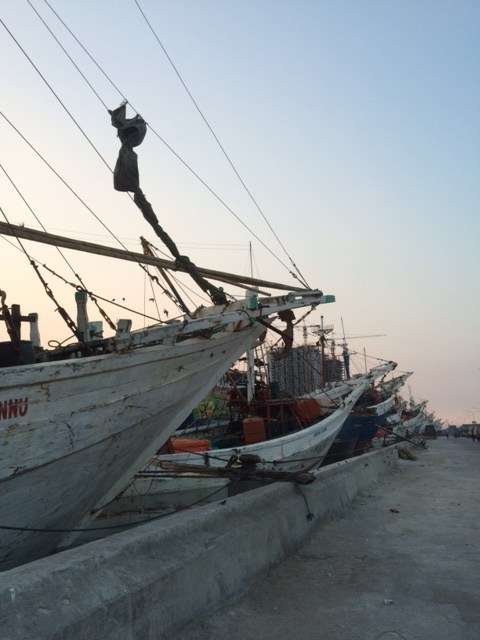 A row of Pinisis in the harbour

In August 2015 the Australian National Maritime Museum collaborated with the Museum Benteng Vredeburg in Yogyakarta Indonesia in creating Black Armada — an exhibition about Australian support for Indonesian independence from Dutch colonial rule between 1945 and 1949. After installing and opening the exhibition I travelled to Jakarta and visited the city’s maritime museum and the working harbour with its surprising throng of wooden cargo vessels – called Pinisis. 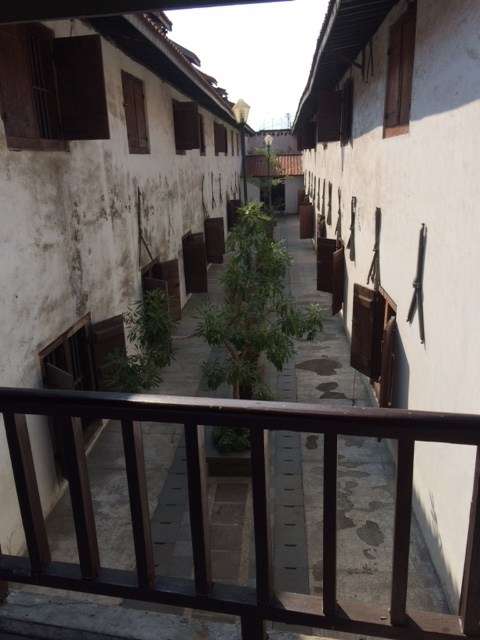 The architecture of the Dutch warehouses are remarkably intact and a wonderful setting for a maritime museum. 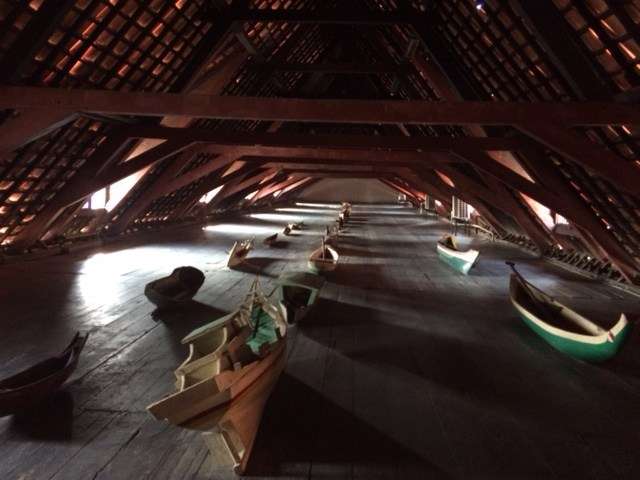 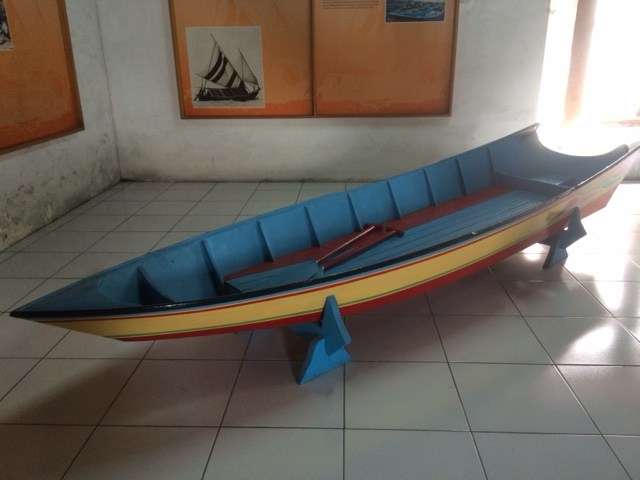 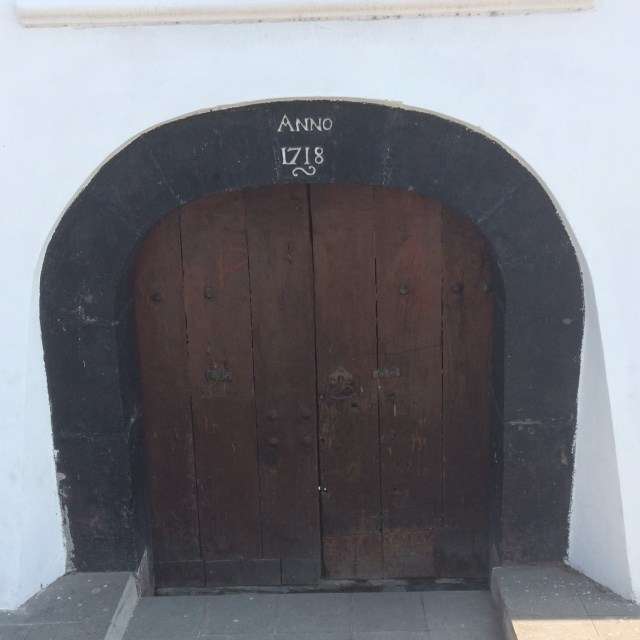 A doorway dated 1718 slightly sunken over the years

The port of Jakarta was historically a thriving hub of Indonesian trade for many years before the Dutch arrived in the Spice Islands around 1600. The port underwent many transformations during Dutch occupation, with land reclamation and canal construction. Today, few remnants of this remain. A large Dutch fortress that guarded the prized harbour for Batavia has disappeared.

But there are significant historical remains surviving in the frenzied modern development of a port for a city of around 10 million people. The Jakarta Bahari Maritime Museum is situated in one of the 17th century Dutch warehouses. A  watchtower that was once part of the Dutch fortifications is now part of the museum as well.

A row of Pinisis in the harbour 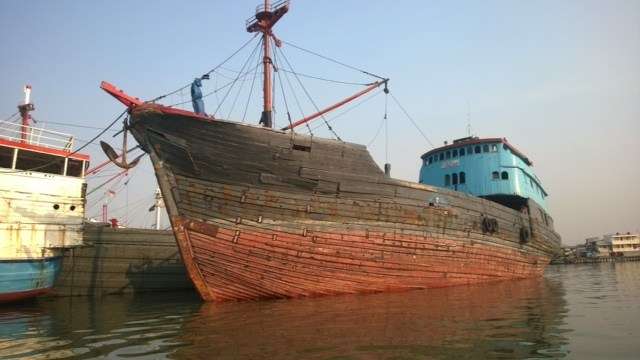 A Pinisi high in the water before cargo is loaded 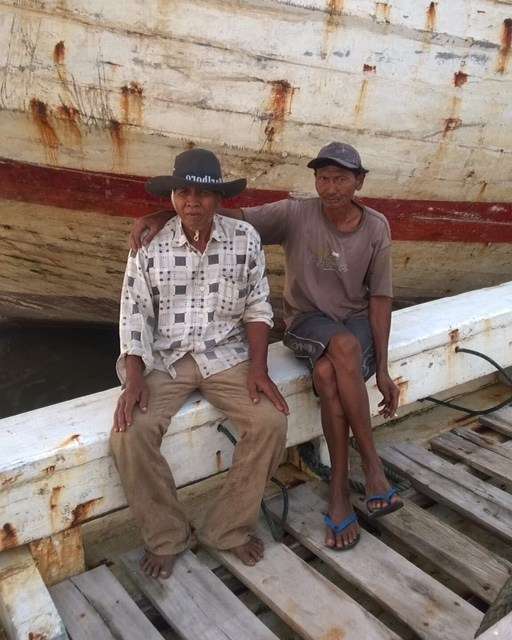 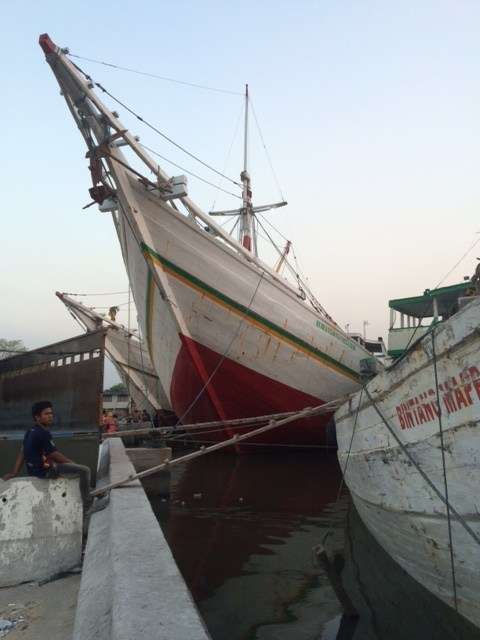 A distinctive Pinisi prow on the Jakarta waterfront 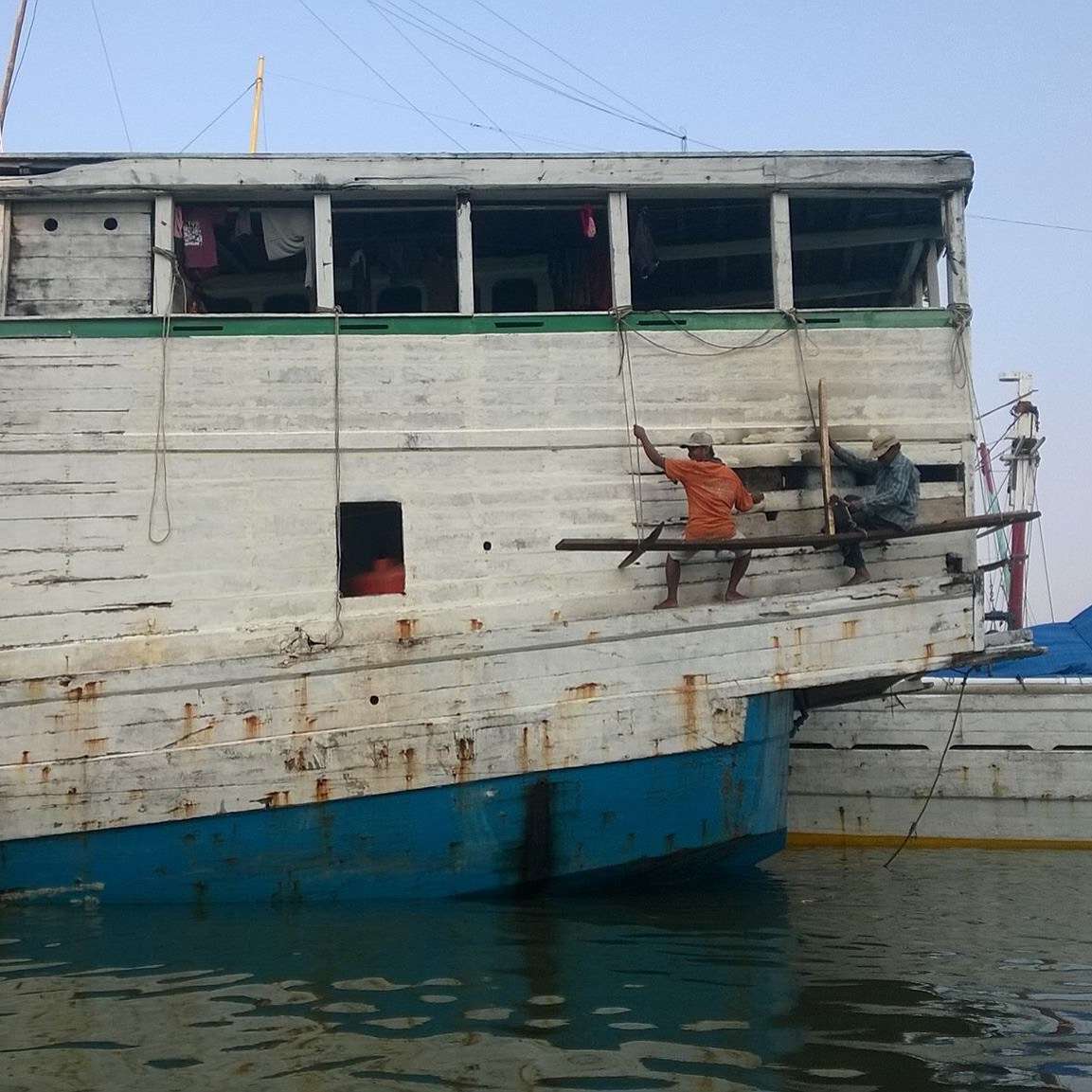 Working on a pinisi

Another surprise to me was the continued presence of a fleet of wooden inter-Island cargo vessels. The Pinisi vessels with their unique lines lay in stark contrast to the rest of the bustling harbour.

The Pinisi are moored in a section of the port in the old city or Kota Tua close to a crowded and run down area where houses are built out into the water, and those on land are regularly inundated.

I took a short trip in one of the colourful small ‘runabouts’ out to visit the Pinisis and clambered over one of the ships. 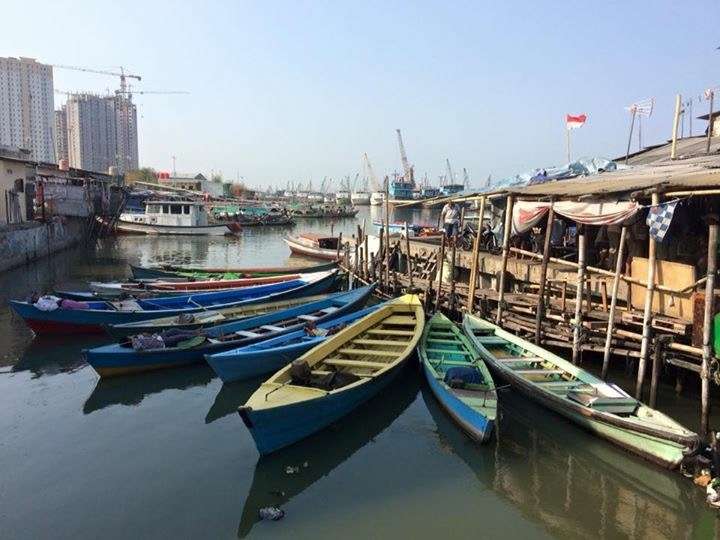 A group of versatile tenders

Pinisi were originally two-masted schooners with seven sails of a gaff-ketch type rig, and generally much smaller than today’s versions. They were historically built by Bugis peoples in South Sulawesi, including the Mandar, Makassarese and Konjo in particular. Many of these ship builders have now moved to Borneo to obtain timber.

Even the destruction of most working Pinisi during World War II did not stop them being built. From the 1970s, with the introduction of modern engines, they became even larger — up to 50 metres in length and with an overhanging stern. 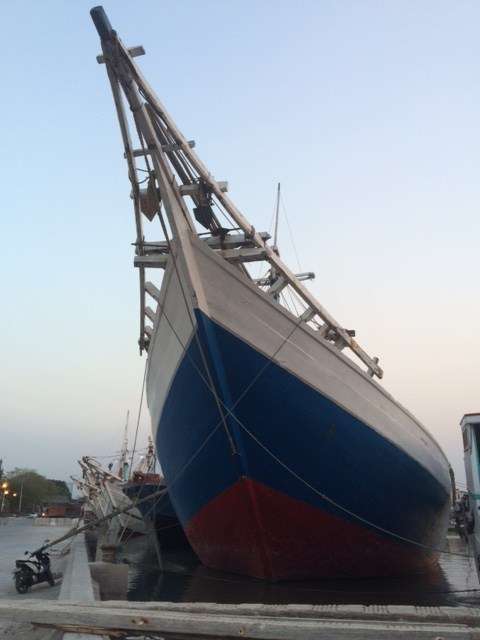 The dramatic Pinisi is a double ended hull vessel with a sharply raked stem and stern post. With no centreline rudder, twin rudders on each aft quarter were used.

The Pinisis are built in a carvel style of planking but with a clinker style of frame and fastening — originally wooden dowel but now iron.

The Kota Tua district of Jakarta is not to be missed. Other museums in nearby Fatahilla Square are very much worth visiting as well – if you can negotiate the traffic mayhem that is Jakarta!