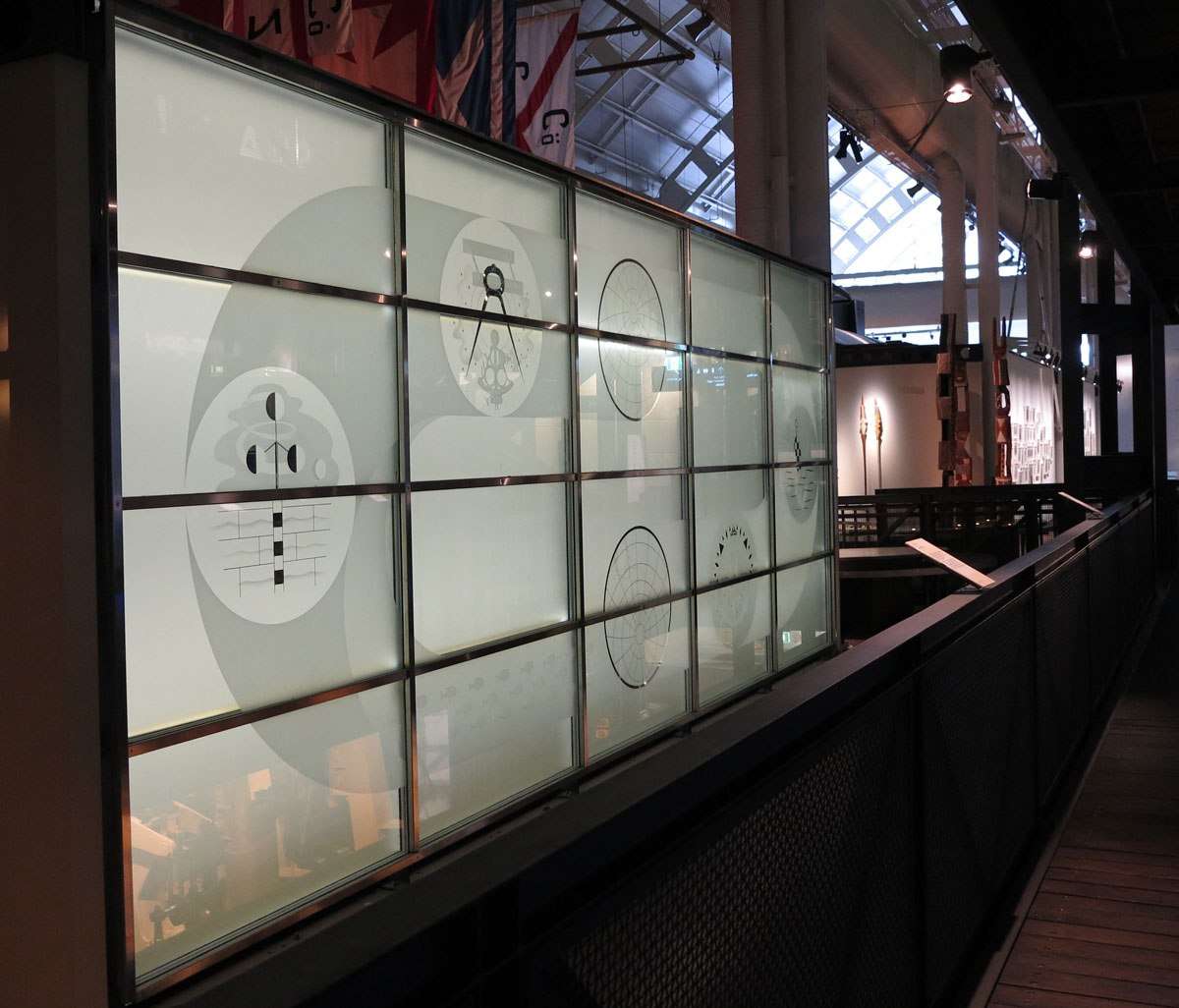 Panels from the Orient Line Building design by Lynton Lamb – on display at the Australian National Maritime Museum.

It is so often the way that in the name of progress, much of what once was is now lost. So it was with great fortune that in 1988 Australian National Maritime Museum staff were able to work together with developers to salvage part of Sydney’s rich maritime history. As part of a renovation of the Orient Line Building in Sydney, the interiors were to be gutted and the fixtures and decorations removed. These included maritime themed murals, glass panels and floor mosaics. The glass panels designed by Lynton Lamb, 20 in all, were carefully extracted and taken to the museum. 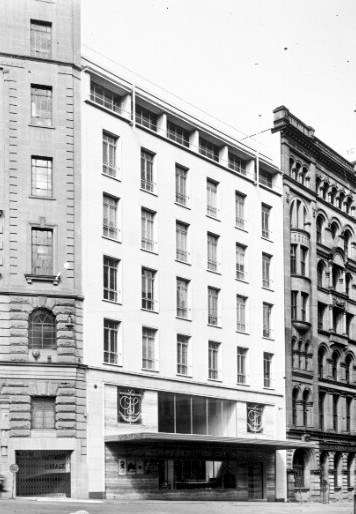 The Orient Line Building in Spring Street, now Mackade House, was built in 1938 and had been hailed as ‘the most valuable contribution to the architecture of Sydney’ in its day. It went on to win the Sulman Prize for architecture in 1943 and was seen as being incredibly modern, offering the ‘latest office technology’. This modernity was in keeping with the rest of the Orient Line operations – including its new liners Orion and Orcades. The company’s chairman, Colin Anderson, was a leading member of the Design and Industries Association in London and had selected a like minded team to oversee his vision.

The interior designer of the Spring Street building was a New Zealander, Brian O’Rourke. He became a significant Orient Line contributor until the 1960s and was also in charge of designing the ship interiors. O’Rourke commissioned the London-based illustrator Lynton Lamb to create the 20 glass panels for the ground floor Booking Office in Sydney. Despite their deceptively simple design, the panels were part of the much wider modern impression that the Orient Lines was introducing to all their endeavours. 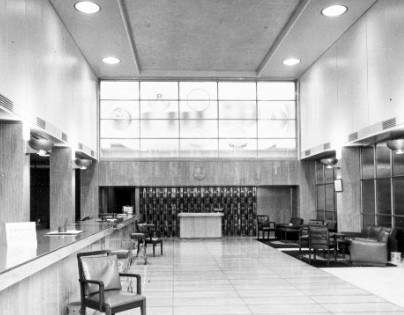 Lamb had been part of the Orient Line design vision since 1935 when they had commissioned him to produce menus and some onboard decorative features for their new ship, Orion. At the time the Orion was seen as being at the forefront of the ‘fitness for purpose’ movement that embraced functionality, clean lines and minimal adornment. Lamb was a pioneer of these principles and was so multi-talented that he was a perfect choice to implement them for the company. 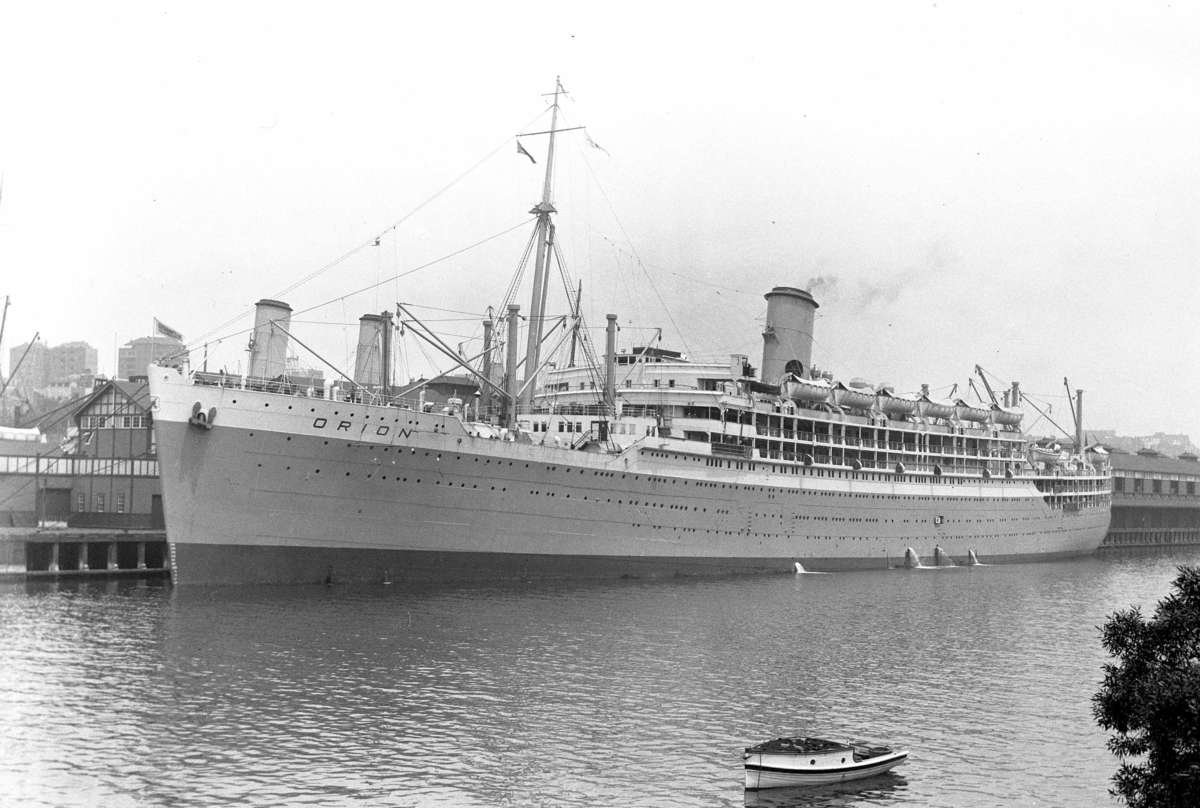 The dawn of a new cruising era. The Orion on her maiden voyage to Sydney, 1935.
ANMM Collection

Although Orion was reviewed as ‘a landmark in the evolution of the modern liner’ by the Architectural Review, others despised its look, continuing to favour the embellished saloon style that cruise ships were known for. One recorded account in the museum’s collection reads:

The general impression of the rooms was that they were sanitary. I said I considered them like a clinic. And Mr Jennings said “A Poulterers Shop.” The staterooms were most uninviting, rather like a cheaper nursing home. [In all] depressing, extremely ugly, uninviting, cheap looking and unpleasant.

In addition to his work for Orient Line, Lamb was establishing a highly successful and productive career in London. He became widely known as an illustrator of books, a painter, graphic designer and, in his later years, an author himself. 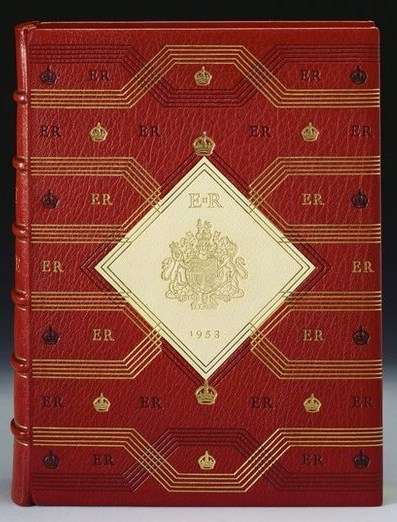 But Lamb’s least known and least visible work was his most significant. In 1953 he was asked to design the binding for the bible used in Queen Elizabeth II’s coronation. The resulting cover, as with his work for the Orient Line, is simple and restrained – never overshadowing the craftsmanship and ultimate function of the book itself. Only 26 bibles were produced, two for the Queen herself and 24 for ‘leading dignitaries who attended the coronation’. Lamb was also commissioned later that year to design a series of commemorative coronation stamps. The stamps were so successful that the series was reproduced in 2005 by the Royal Mail and as a series of ingots by the Royal Mint in 2006. 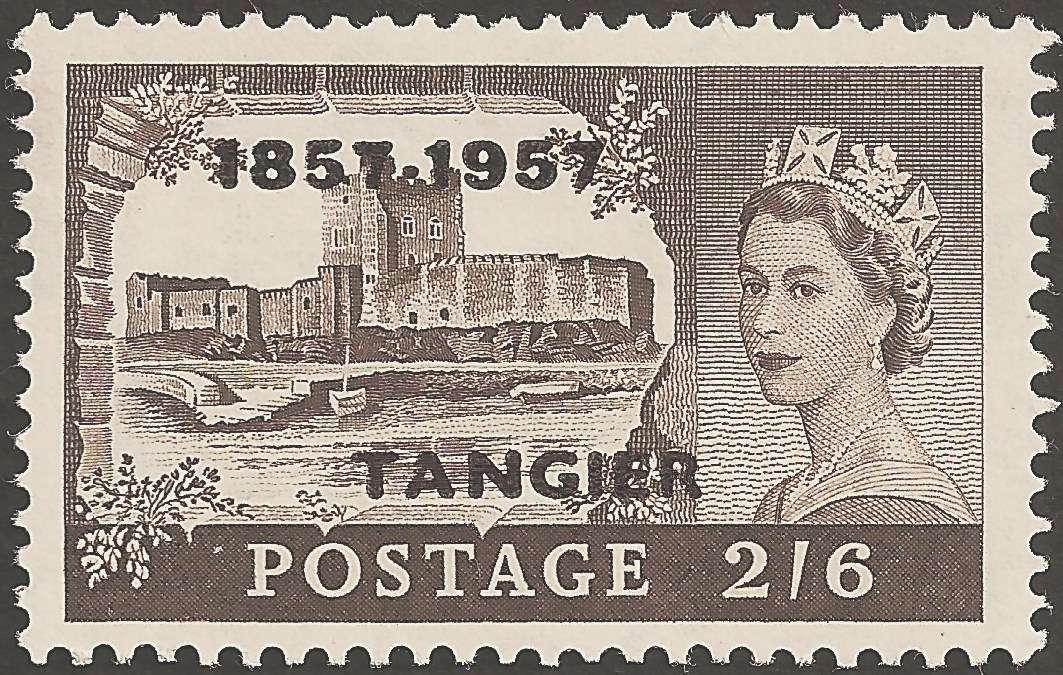 Part of the stamp series designed by Lynton Lamb in 1953. Source: Wikimedia.

Lynton Lamb became Head of Lithography at the Royal College of Art and Slade School of Fine Art in 1974 and was named a Royal Designer to Industry, the highest honour for that field in the United Kingdom.

It is so fortunate that the vision and hard work of museum staff back in 1988 saw Lamb’s Orient Line panels become part of the National Maritime Collection. They are a wonderful example of when the past was very much looking to the future and of the work of such a innovative designer as Lynton Lamb.