On 21 November 1977 a photographer working for the Australian Government, Michael Jensen, captured a moment in history as six Vietnamese refugee boats docked in Darwin Harbour in a single day. In 1990 the Australian National Maritime Museum acquired one of these boats, Tu Do, to explore what was at that time one of the most significant recent themes in Australia’s maritime history – the arrival of seaborne refugees and asylum seekers. In 2012, following an almost decade-long restoration program, the museum finally returned Tu Do to the configuration documented in Jensen’s photographs, when the vessel carried 31 refugees, including South Vietnamese store owner Tan Thanh Lu and his young family, to freedom. 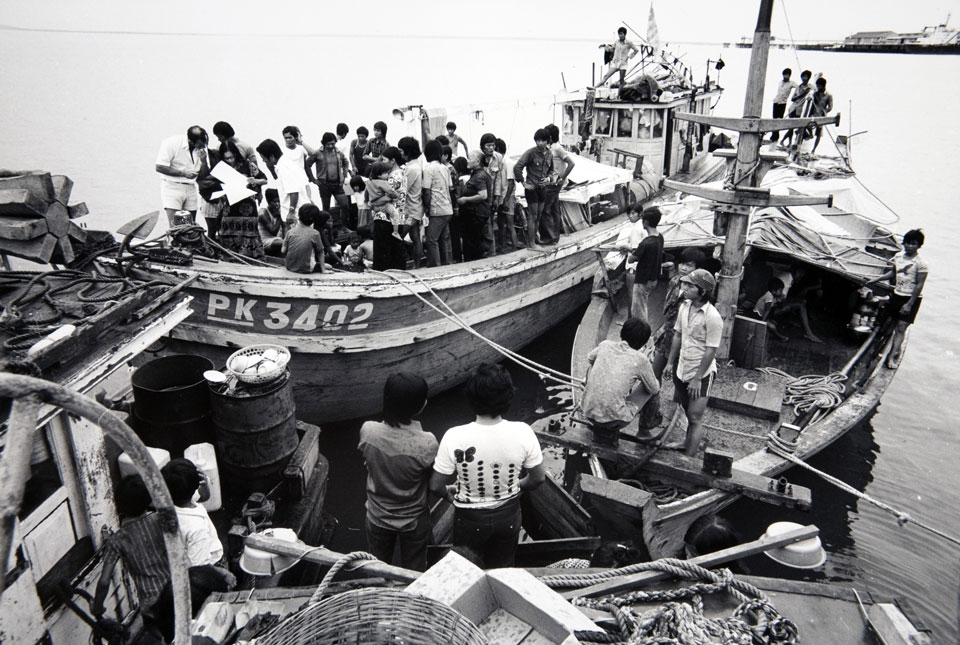 The Tu Do project has yielded a fascinating personal case study of one group of refugees. But it also provides an equally interesting case study of the unique challenges faced by museums that care for large working objects such as boats. These range from the practical challenges of sourcing materials and learning traditional boatbuilding techniques, to conceptual debates about preservation and restoration, particularly for objects that were not built to stand the test of time.

After the Vietnam War ended with the Fall of Saigon on 30 April 1975, more than one million refugees fled the new communist regime by one of the only routes available – across open sea. Most escaped to overcrowded refugee camps in neighbouring Asian countries, where they awaited resettlement in places such as Australia, the United States and Canada. A small number – 2,059 people – arrived directly in Australia by boat between 1976 and 1981. Many more died trying. 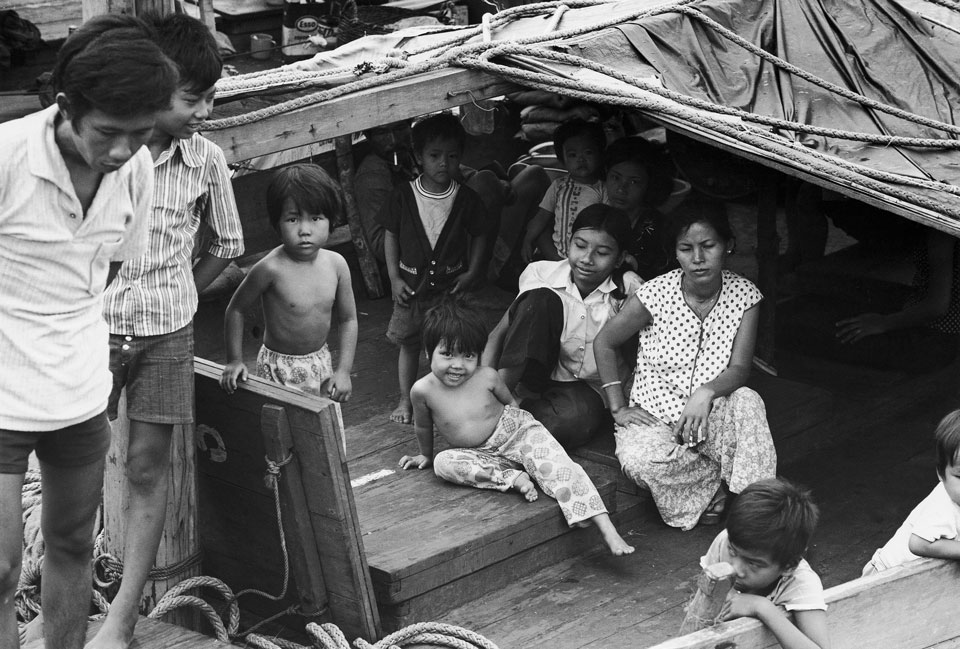 Lu family on the deck of Tu Do in Darwin, 1977. Left to right: Tan Lu (in white shirt), daughters Dzung and Dao (standing and sitting on hatch) and wife Tuyet (in spotted shirt). Photograph by Michael Jensen, ANMM Collection

Thirty-year-old Tan Lu had fought with the South Vietnamese during the Vietnam War and knew that his family faced an uncertain future under the communist regime. In 1975 he pooled resources with three friends on the southern island of Phu Quoc and built a fishing boat that he called Tu Do (Freedom) specifically to escape Vietnam. In doing so he would become part of one of the largest mass migrations in modern history – the exodus of the Vietnamese boat people.

He called his fishing boat 'Tu Do', which means 'Freedom' in Vietnamese

Tan built Tu Do to the design of a drag-net fishing boat typical of the island region, 18.25 metres long with a mast forward and a cabin and wheelhouse aft. He initially used the boat for fishing to divert the suspicion of the authorities and to help pay for crucial supplies such as food, diesel fuel and a spare engine.

Prior to departure in September 1977 Tan staged an engine breakdown so that surveillance of Tu Do would be relaxed. He installed the more powerful replacement engine and his group of 38 passengers, including his pregnant wife Tuyet (27), daughters Dzung (6) and Dao (4), son Mo (2), and relatives, friends and neighbours, set off in the dark. The children had been given cough medicine to keep them quiet, but as they reached deeper water, a head count revealed that Dzung had been left sleeping on the shore. They returned to find her and the voyage began.

With gold and cash hidden about the vessel, Tu Do outpaced the notorious Gulf of Thailand pirates and landed in Mersing, Malaysia, where eight exhausted passengers were permitted to disembark as refugees. Tan had relatives in the United States, but after weeks of frustrating negotiations with US Immigration officials, he opted to set sail for Australia with his remaining 30 passengers. Off Flores in Indonesia they rescued another refugee boat, PK3402, which had run aground, and towed it across the Timor Sea. The boats landed near Darwin, Northern Territory, on 21 November 1977. Tan and his crew had navigated more than 6,000 kilometres using a simple compass and a map torn from the lid of a school desk. The Lu family were transferred to Wacol Migrant Hostel in Brisbane, Queensland, where Tuyet gave birth to a son, Quoc. The family was granted asylum after six months. 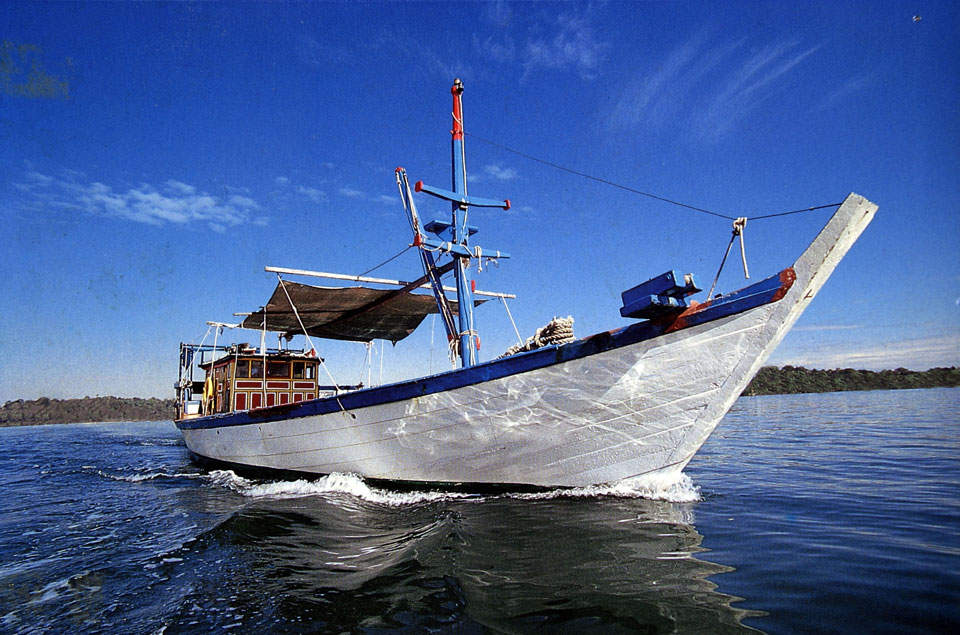 In 1978, while at Wacol, Tan arranged to sell Tu Do to a Darwin local, who then sold it to a Cairns man in 1985. Both owners made minor modifications to the vessel, such as removing its awning and winch, fitting rails and seating, and painting over its simple sky blue colour scheme, which Tan had originally chosen to blend into the ocean. However Tu Do’s hull, deck and cabin structure were still largely intact by the time the vessel arrived at the Australian National Maritime Museum in 1990.

View all posts by Kim Tao→
Posted in: Digital Stories , Tu Do , Migration
↑