Last Friday saw the commissioning of the Royal Australian Navy’s newest and largest fleet member – the Landing Helicopter Dock (or LHD for short) HMAS Canberra (III).
In a short space of time and in century-old tradition, she went from being Nuship Canberra to raising the Australian white ensign for the first time as part of her formal commissioning into the Fleet. 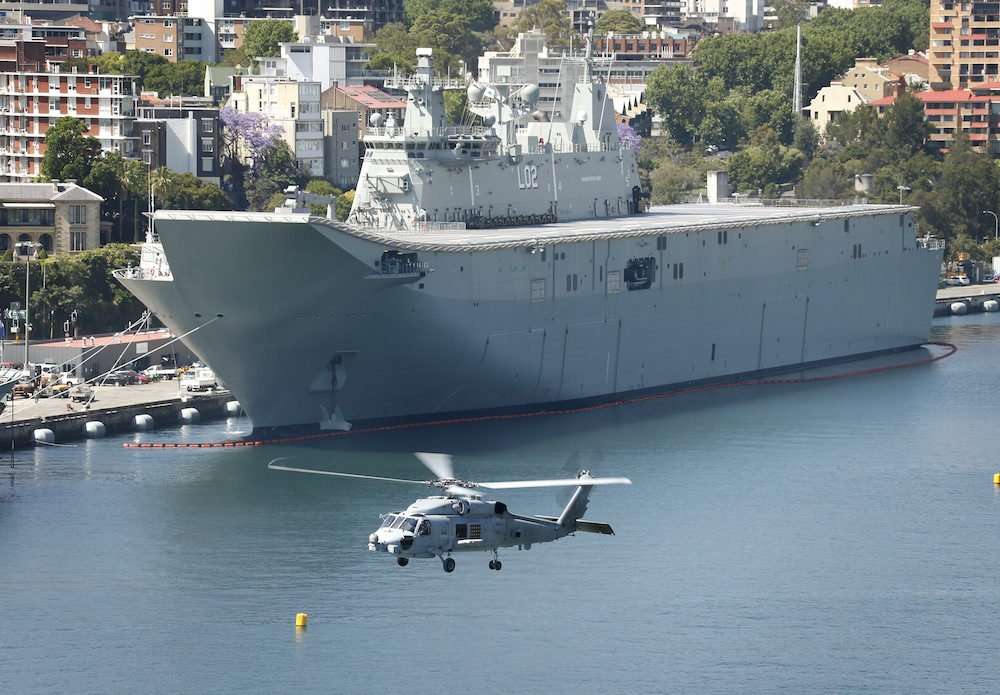 It was a significant moment for all those associated with the building and fitting out of the LHD, especially the tri-service ship’s company who have been training for months in preparation for the introduction of the LHD. Navy, Air Force and Army come together to operate this ship.

As well as raising the white ensign another tradition was also observed, that of the youngest member of Canberra’s ship’s company (Seaman Marine Technician Michael Lane) cutting the commissioning cake alongside Canberra’s Commanding Officer (Captain Jonathan Sadleir AM, RAN). 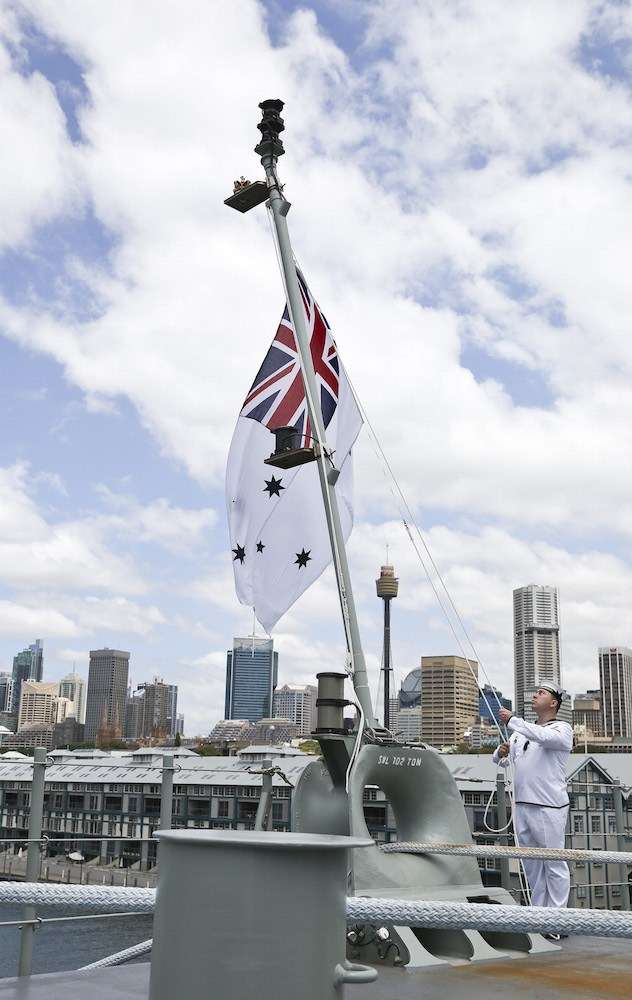 In the life of a naval ship there are many ceremonial milestones including ship naming, keel laying, christening, commissioning and final decommissioning. The commissioning ceremony completes the cycle from christening and launching to bring the ship into full status as a warship of her nation.

Canberra carries a proud name indeed. The first Canberra was a heavy cruiser sunk in action at the Battle of Savo Island in August 1942. The second Canberra was a guided missile frigate and saw service during the Gulf War; she was sunk off Ocean Grove, Victoria as an artificial reef and dive wreck. In line with naval tradition, Canberra (III) inherits the battle honours from the previous two ships of the same name – East Indies 1940-41, Pacific 1941-42, Guadalcanal 1942, Savo Island 1942 and Persian Gulf 2002.

So what is Canberra going to be doing for the Royal Australian Navy? She is the lead ship of the two Canberra class amphibious assault ships designed by Spanish shipbuilders Navantia. Canberra and her sister-ship Adelaide are prefabricated in Spain and then fitted out in Melbourne. They are capable of conducting large-scale humanitarian missions and will focus on regional military support, including disasters (they can be deployed as floating hospitals and command and control centres); evacuation missions (such as a raid from the sea to recover hostages); and peacekeeping. They will also play a key role in extreme natural disasters at home. 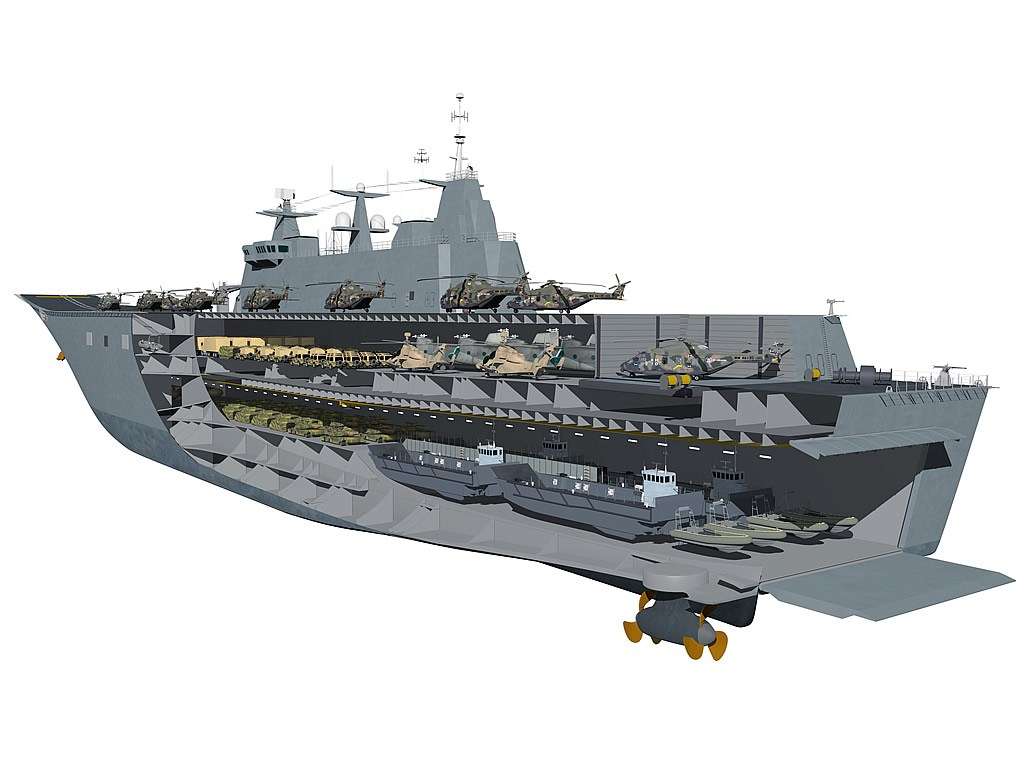 An internal cross-section of the Canberra class Amphibious Assault Ship puts in perspective her ability to carry an incredible amount of vehicles, vessels and aircraft.

There are many mindboggling and impressive statistics associated with the ship. Here are a few:

HMAS Canberra will proceed to sea in the coming weeks for a period of training and assessment for the crew. She will be home ported to Garden Island, Sydney, so take yourself down to Mrs Macquarie’s Chair and see for yourself just how impressive this new addition to the Royal Australian Navy really is.

View all posts by ANMM Guest→
Posted in: Vessels , Navy and defence
↑