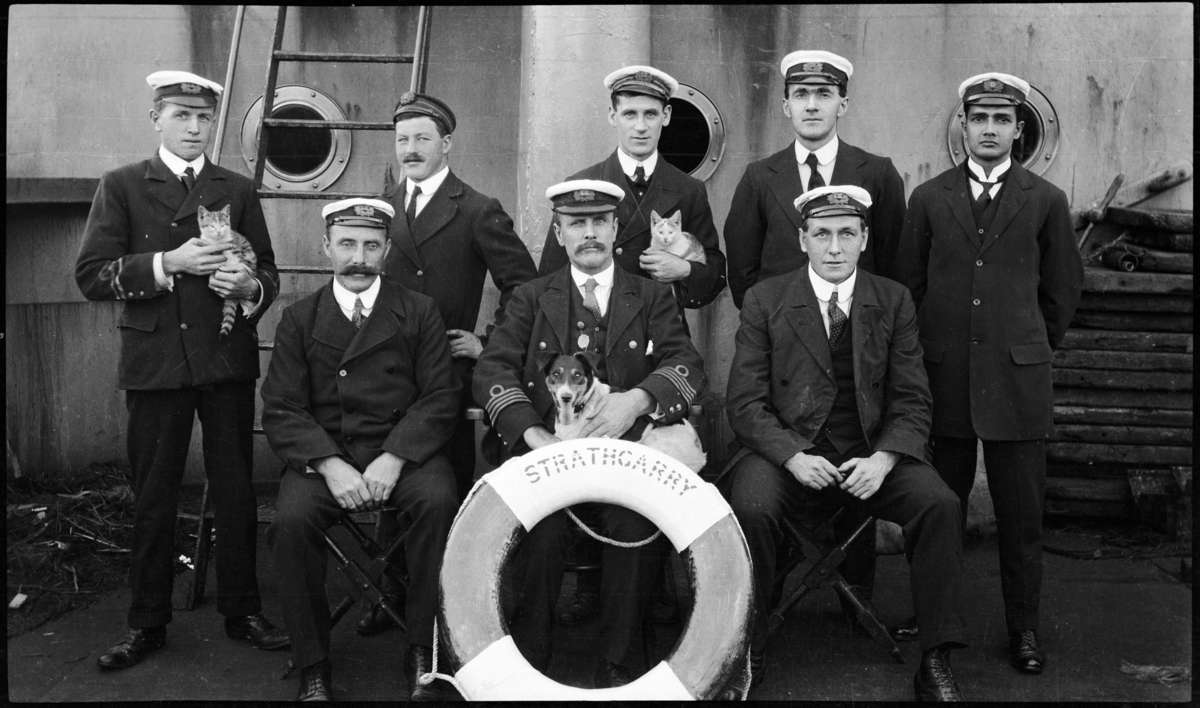 ANMM Collection
Crew of the SS Stratherry and their pets.

“Although the sailor, while at sea, is obliged to do without nearly all of the home attractions which even the poorest landsmen indulge in, he is allowed to cultivate to a limited extent his fondness for domestic pets…It affords him deep pleasure to hold in his loving though rough embrace the innocent creature who either by a cheerful wag of the tail or a responsive purr assures him that his attentions are appreciated…”
(New York Times – November 2, 1884)

We love them. Their loyalty, good humour and appreciation for simple pleasures—dogs are quite simply the ultimate companion. And for hundreds of years, sea farers have also thought so. Other pets such as monkeys, cats, birds and even goats may have their place, but dogs and boats are truly a match made in maritime heaven.

ANMM Collection
A crew member of the steamer SS SUEVIC 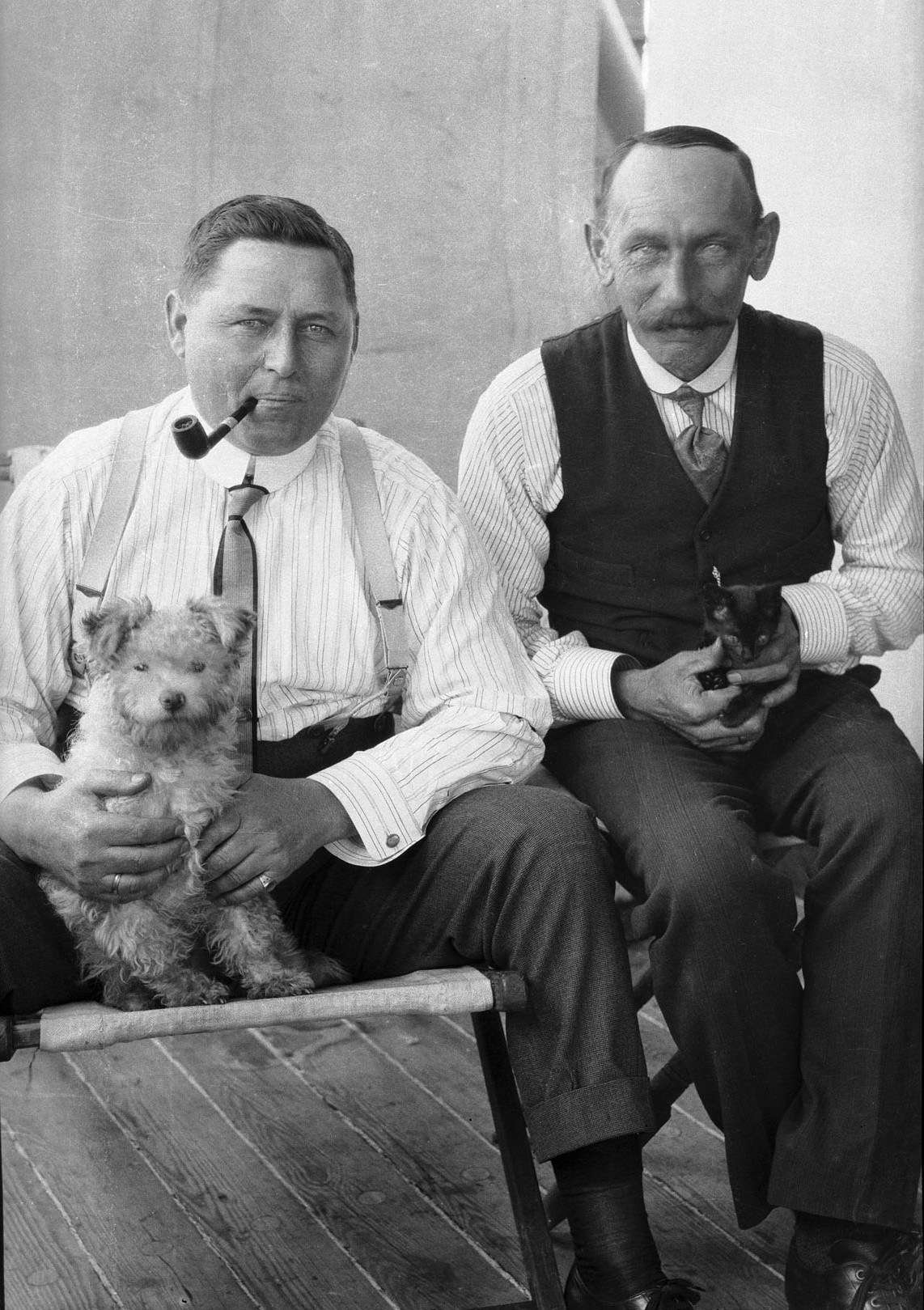 The museum has many photos capturing the unique friendship between sailors and their dogs. Whether it be captains, crew, cooks, explorers or passengers, dogs were never far away. Although the life these ship-board dogs led may not have involved parks or yards, their small on-board world was one filled with affection, attention and camaraderie. They were a welcome relief from the monotony and tension of sea life, and despite their earlier uses as ratters, it was their endearing nature that has kept them happily afloat.

History has also proven that no matter what the maritime triumph or disaster, dogs could be found on board. From the sinking of Henry VIII’s ship the Mary Rose, the Titanic and even HMAS Sydney, dogs were on board and suffered the same conditions and fate as the ship’s crew. 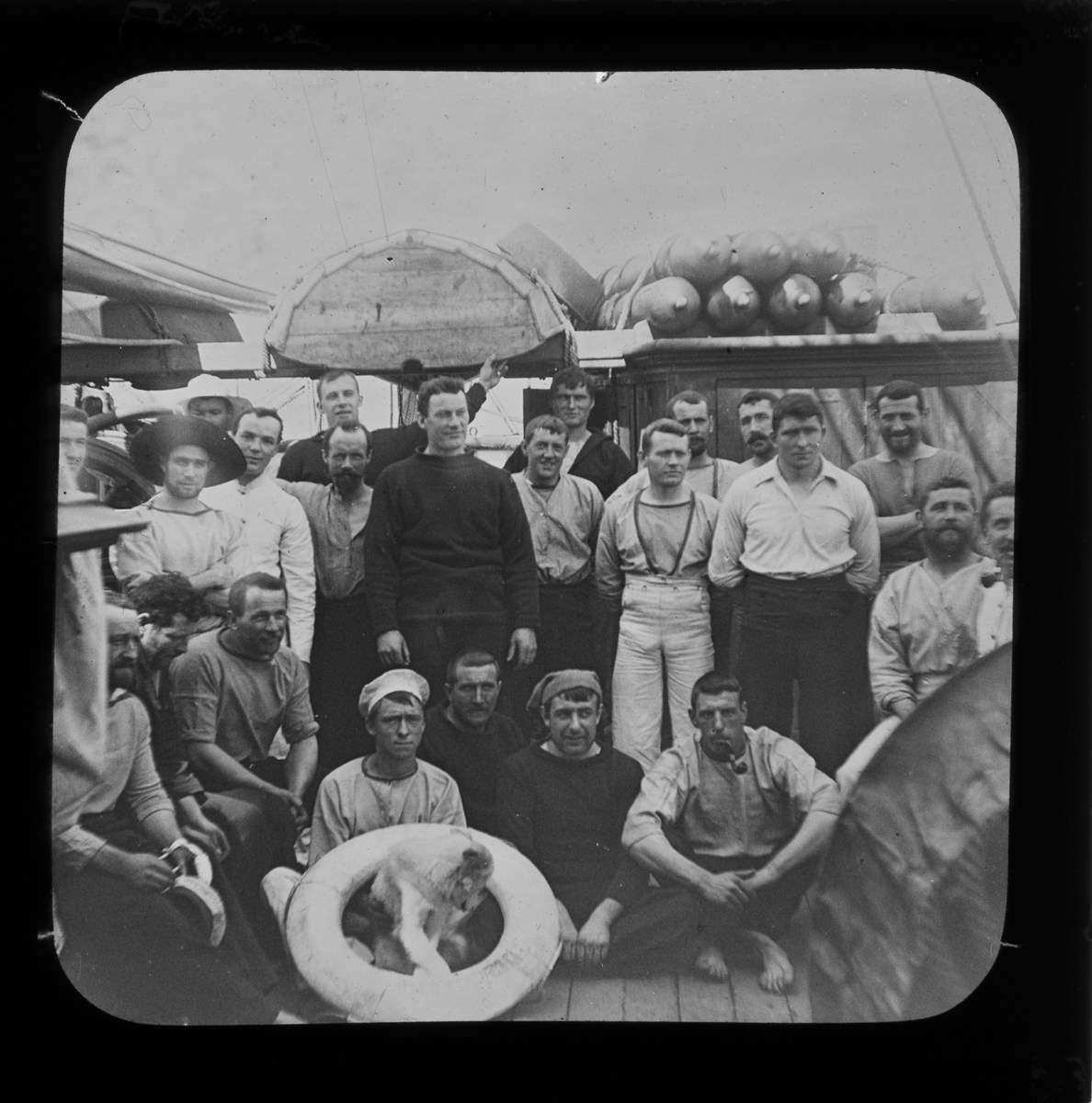 ANMM Collection
Crew and dog aboard the Discovery on their way to Antarctica in 1901. 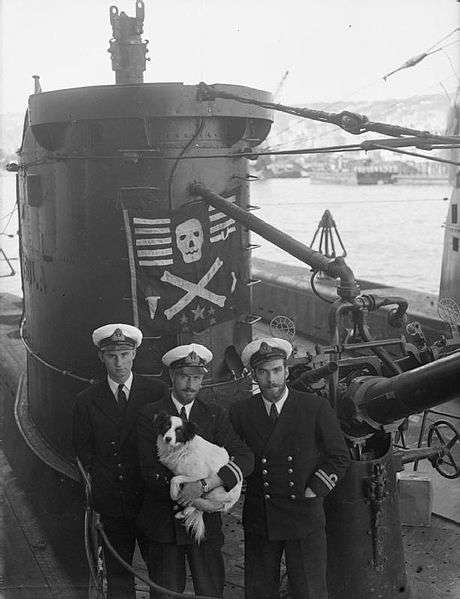 Crew of the submarine HM Ursula and their dog Peter, 1943.
(Wikimedia)

Incredibly dogs were also kept on board some submarines. Surely a less dog-friendly environment would be hard to think of. There is a story of one such dog called Garbo who lived aboard the USS GAR. One crew member recalls:

“Under the heaviest depth charge attacks, when the gauges were leaking, light bulbs breaking, and fires breaking out, Garbo remained as playful as ever. Bunn said, “She should have gotten a medal for keeping our spirits and morale up when we needed it most.”

Whilst they were commonly known as mascots, dogs proved to be so much more. They provided comfort and courage, loyalty and affection, and a chance for crew to be human in circumstances that often asked them to forget their humanity.