Officers and crew on deck of the newly commissioned submarine AE2 at Portsmouth, England, 1912 ANMM Collection

The Royal Australian Navy submarine AE2 was scuttled in deep water in the Sea of Marmara on 30 April 1915 after it had run the gauntlet of Turkish minefields, warships and forts in the Dardanelles Straits. AE2 was behind Turkish lines the night before the Anzacs landed at Gallipoli.

Last month, for the first time in almost 100 years the conning tower hatch of submarine AE2 was opened. High definition cameras and imaging sonar were inserted through the opening and an ROV (Remotely Operated Vehicle) surveyed inside the submarine.

AE2 has remained underwater relatively untouched since Commander Stoker ordered the crew to dive overboard and left the hatch slightly ajar to assist in quickly scuttling the vessel. It has since been a home to marine growth, fish and a large conga eel. 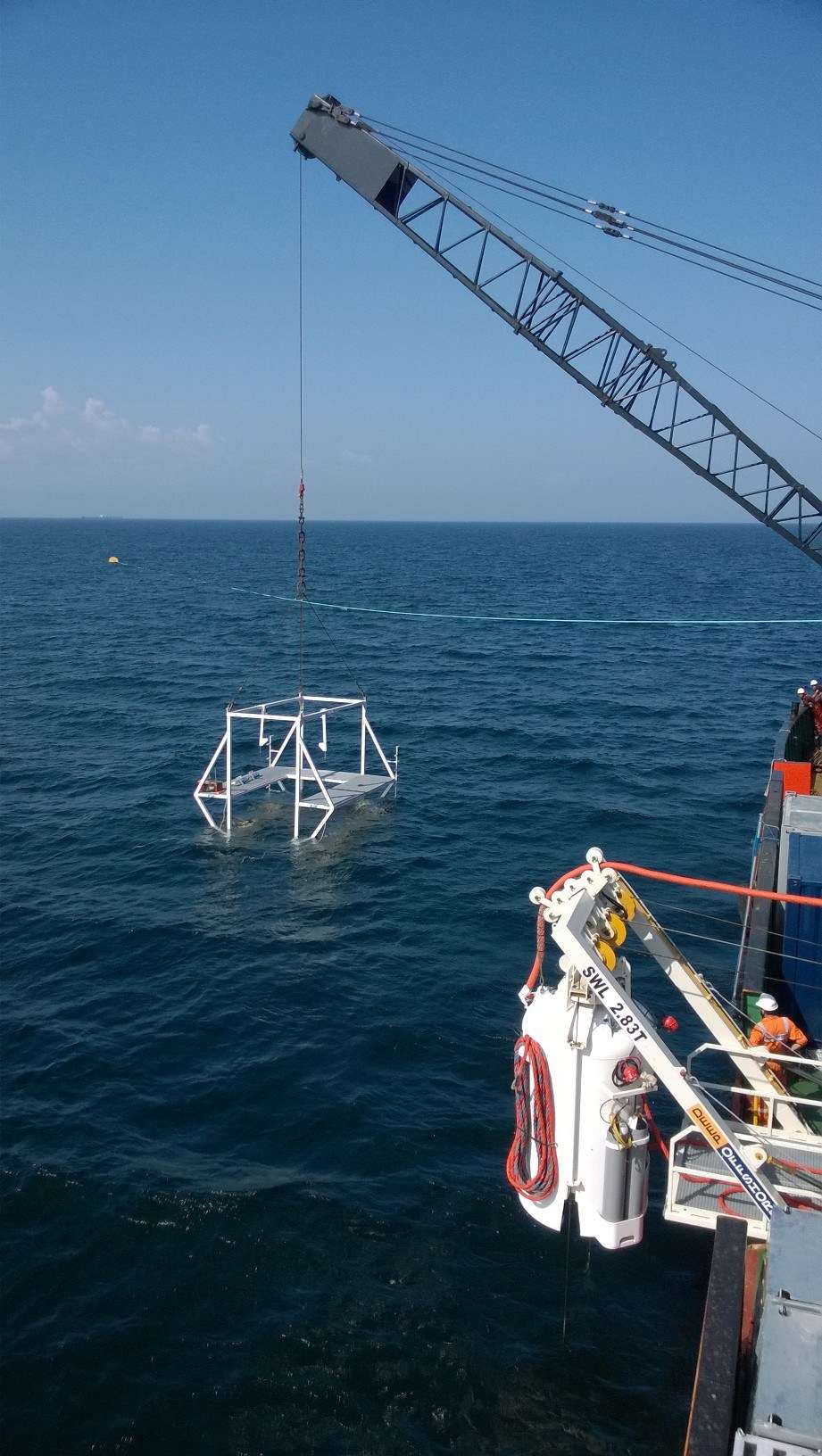 A platform to surrround the conning tower for divers to work from being lowered to the submarine. Photograph – Nigel Erskine

For the Silent Anzac project team, gathering footage from inside the wreck was eye-opening. The vessel is intact, sitting upright on the sea bed in 73 metres of water. The interior is in a remarkable state of preservation. The gauges, pipes and other paraphernalia of a cramped submariners space have remarkably little growth and are clearly visible. Even the wooden flag locker in the conning tower is still in place.

Because AE2 was quickly scuttled and has remained undisturbed, it holds a range of artefacts that would not normally be associated with a 100 year old shipwreck. 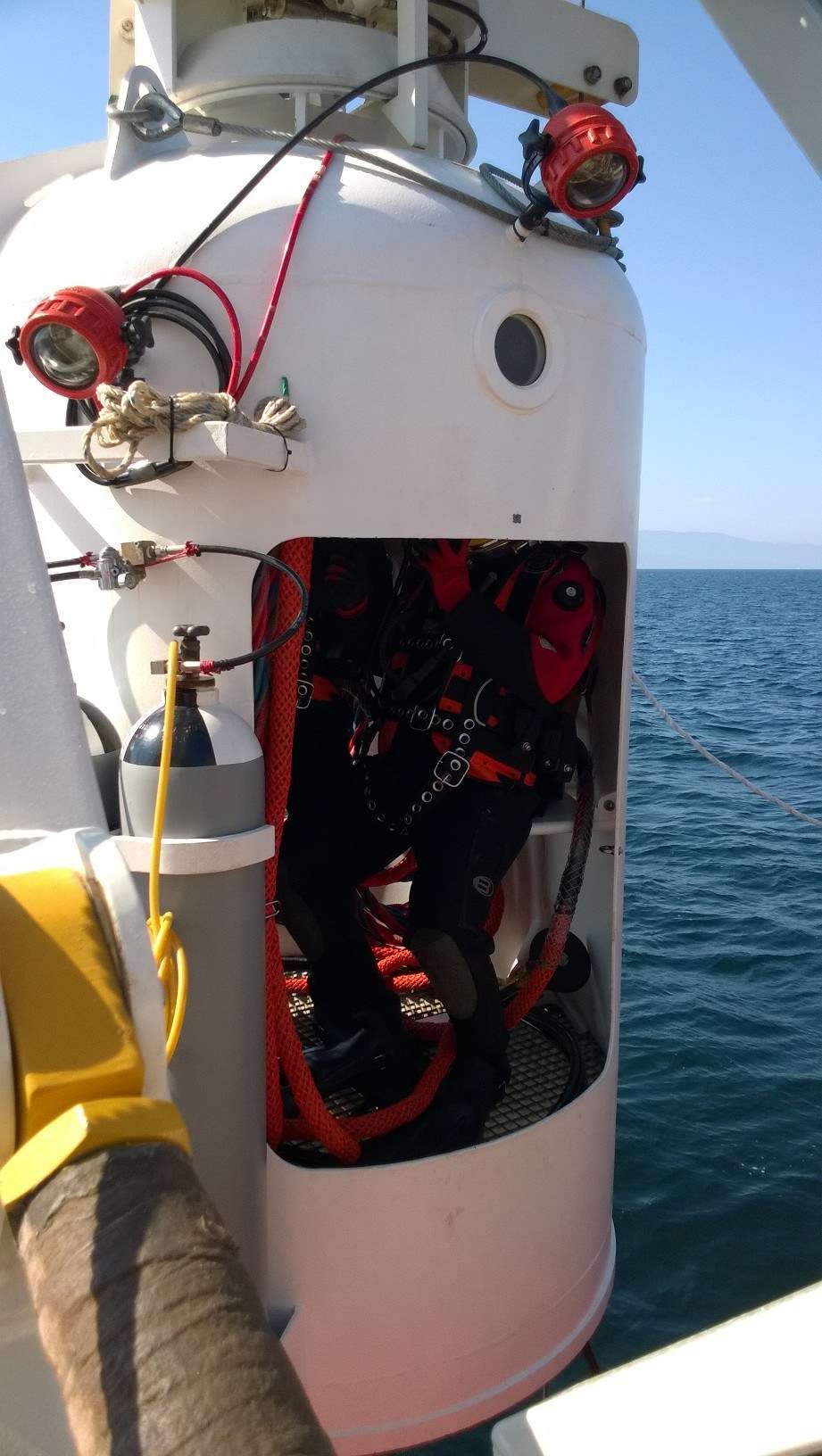 A diving bell ready to be lowered. Photograph – Nigel Erskine

The dive on AE2 is unique in maritime archaeology. A huge amount of images and data has been gathered from inside the submarine, giving a wonderful insight into its construction and how the crew lived and worked inside the vessel. It will bring to life the diaries and accounts of the AE2 survivors who were captured by Turkish forces and spent the rest of the war in prison camps.

The Australian National Maritime Museum will take over the future management of AE2 when Project Silent Anzac closes in July 2015 and all the information collected during the project will be transferred to the museum.

Watch this space for more information about Project Silent Anzac. 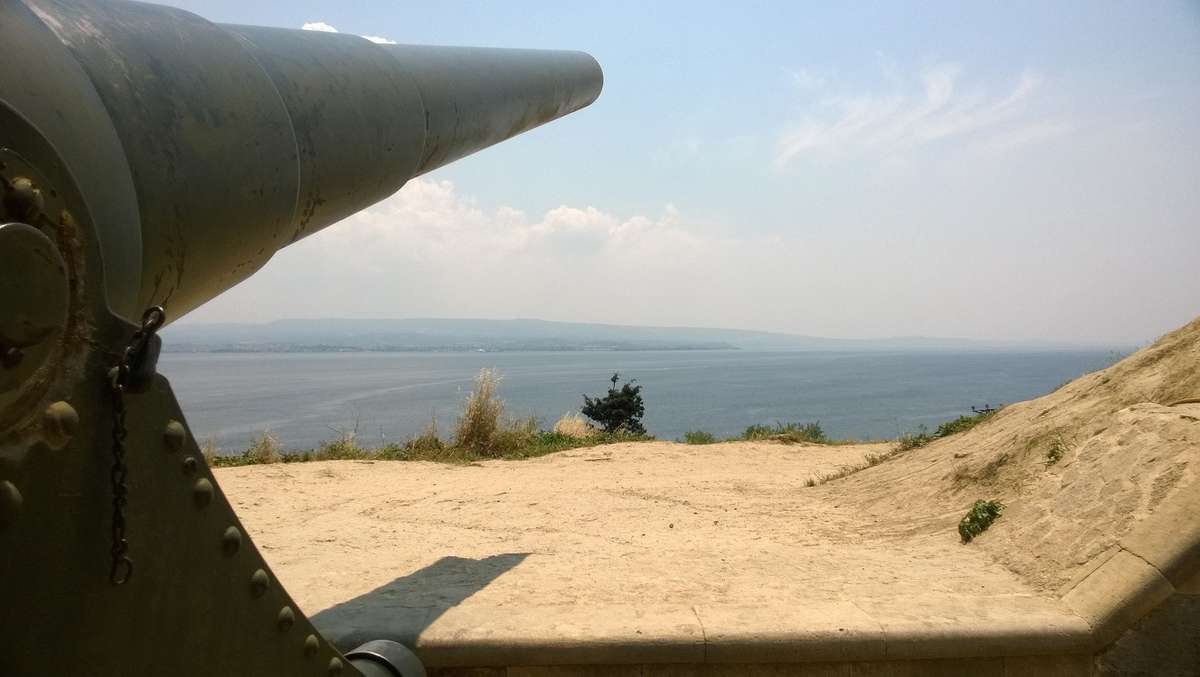 One of the Turkish guns that guarded the narrows of the Dardanelles. Turkish forts and underwater minefields prevented an Allied Fleet from entering prior to the Gallipoli Campaign in what was a major victory for Turkey. Submarine AE2 was the first Allied vessel to pass this gauntlet. Photograph – Nigel Erskine