I’ve walked through our Oberon-class submarine many times. Before the visitors arrive, it’s quiet. You can hear the creaking of the ropes that secure the sub to the wharf, and sometimes the far away voices of people in Darling Harbour. Remnants of life onboard remain - the boardgames in the mess, the roster on the wall and the ingredients in the kitchen – settled and silent. I’ve also been onboard the patrol boat Advance and climbed up and down from the bridge to the kitchen, avoiding its sharp corners and examining the menacing-looking Bofors guns on deck. I’ve walked onboard our destroyer HMAS Vampire many times before too. It smells like the 70s. There’s linoleum throughout, a faint scent of oil and what might be the remaining tendrils of thousands of cooked dinners served in the mess. There’s a sense of chasing someone else’s long-forgotten memories down the lengthy corridors and through the maze of tunnels and ladders.

In the past nine months, in the course of researching these three vessels, I’ve also spent many hours speaking with naval personnel about their time serving on HMAS Onslow, Advance and Vampire. Through their stories, photographs and records, I got glimpses of three very alive, very dangerous and very exciting worlds. One submariner described to me the sounds that the ocean makes when it wakes in the morning, how you can hear the animals stir and react to the sun the same way that birds do at dawn. Another described the feeling, through your feet, of the submarine dashing away from the surface and diving beneath the waves. It sounded to me like the feeling of taking off in a small airplane – just going in the other direction. One ex-submarine commander talked sparingly of his involvement in covert operations onboard Oberon submarines, responding to our questions with silence and a smile. 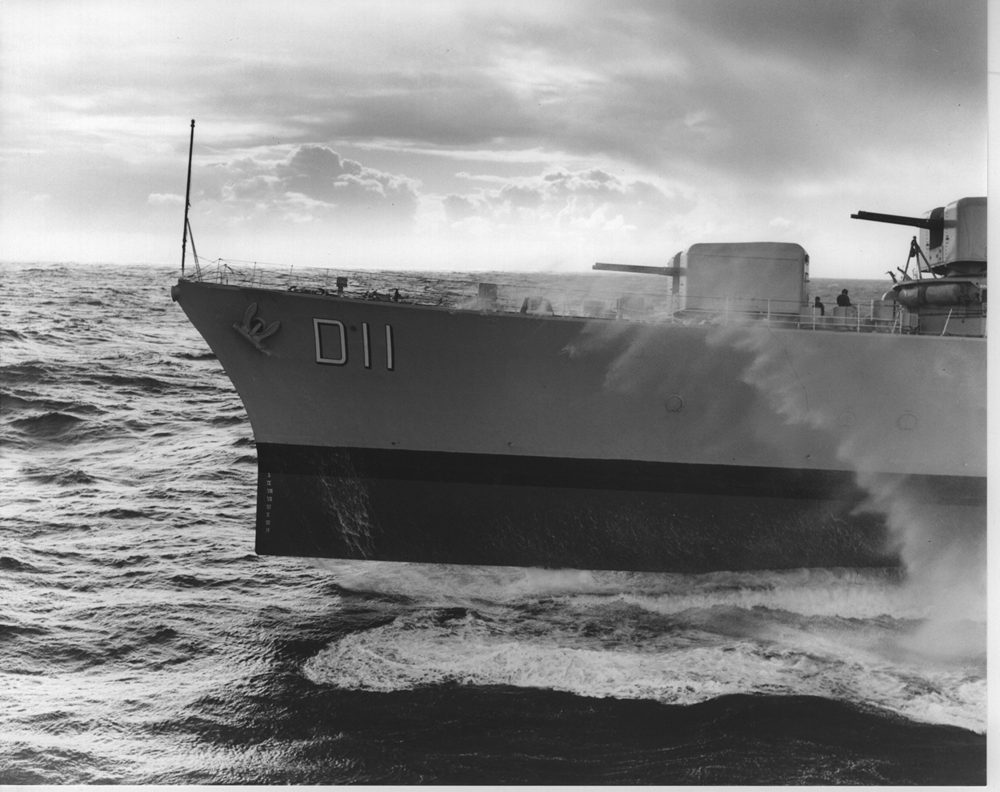 About Vampire I generally hear lots of laughter – reminiscences about friendships, strange characters, good times and the food served in that now-quiet kitchen. Like the naval signature dish of savoury mince on toast or, as its better known; ‘sh*t on a raft’. I’m pretty sure that’s the source of the ghostly smell in the mess. Many men started their career on Vampire’s familiar decks during the vessel’s time as a training ship, participating in wargames, travelling the world and playing sport – one even met his future wife in the wardroom.

Stories about service on Advance tend to hint at the adventurous nature of the vessel’s work, primarily patrolling Australia’s beautiful but dangerous northern waters in the 70s and 80s. The men of Advance talk about the tense, tough nature of the work and the impracticalities of life onboard a small ship.

The reason for us to revisit the history of these three vessels is an important one. On 30 January 2014, Minister for the Arts Senator George Brandis announced that the Australian National Maritime Museum will be building a multi-million dollar Warships Pavilion to tell the story of the Royal Australian Navy with special focus on the three vessels in our collection. The building will be situated on the wharf and provide access and facilities for visitors to Onslow, Vampire and Advance. 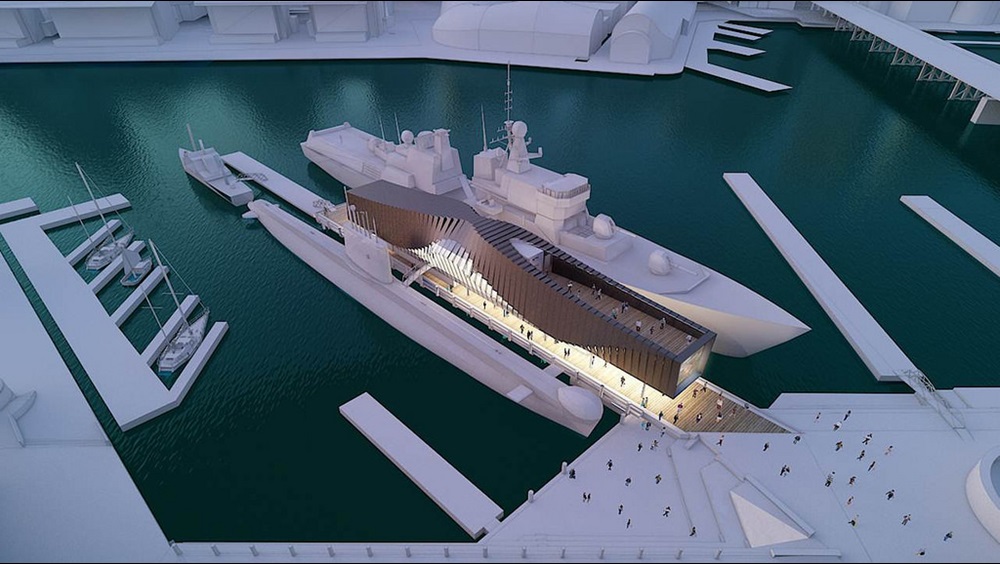 Architect’s illustration of the new Warships Pavilion on the wharf at the Australian National Maritime Museum.

Here at the museum, we had already quietly begun working on this project several months before the announcement - by which time things were at a pretty exciting stage.

Our brief for this project is to create a museum experience that will be bold, unique and confronting – and that the online component is to be as important as the physical (hooray!). Finally, as the new Warships Pavilion building will be on the wharf where the conditions inside will not be suitable for object display, the insinuation was that multiple forms of technology would step in to assist the storytelling.

It was fantastic to be given the opportunity to work up a large-scale digital experience, however while there is great temptation simply to fill this new building with flashy technology, our priority during this project is to try and put quality content first and let that lead the decision making around incorporating technology where it fits best. Despite the lack of objects that will be inside the Warships Pavilion building I feel I should emphasise at this point that this is not going to be a singularly virtual exhibition – and that we do in fact have objects. Three very large, immersive, multi-faceted, awesome objects that just happen to be outside – and in the water.

Nicole and I set to work researching historical content and interviewing naval personnel, and as a team, we got talking. We talked to other museum staff and volunteers, we talked to navy representatives and we talked to visitors as they came off the vessels. We had great chats with industry professionals such as Suse Cairns, Ben Hamley and digital museum super-hero Seb Chan to find out what trends were taking place from the leaders in the museum tech industry, but also what interesting things were happening on the fringes – out in the world of theatre, film and the arts. After talking to people like Suse, Seb and Ben, we began considering how we could we utilise gaming, theatre and other platforms to tell stories throughout the Warships Pavilion experience and make the most of digital literacy’s that audiences already have.

We then held several workshops with a crack ‘innovation team’ assembled from across the museum where we considered the feedback from visitors. We decided that while the museum currently offers the exceptional opportunity go onboard and explore Vampire, Onslow and Advance as museum ships static in the harbour, we want to take that one step further in the new Warships Pavilion and create an experience that makes going onboard even ‘more meaningful and special’ - open a door for visitors to step into another time and place - a time when these vessels were alive, exciting and operational. Our mantra for this has been to think of the project as 'Rock 'n Roll' where perhaps a traditional museum experience might be 'Easy Listening'. 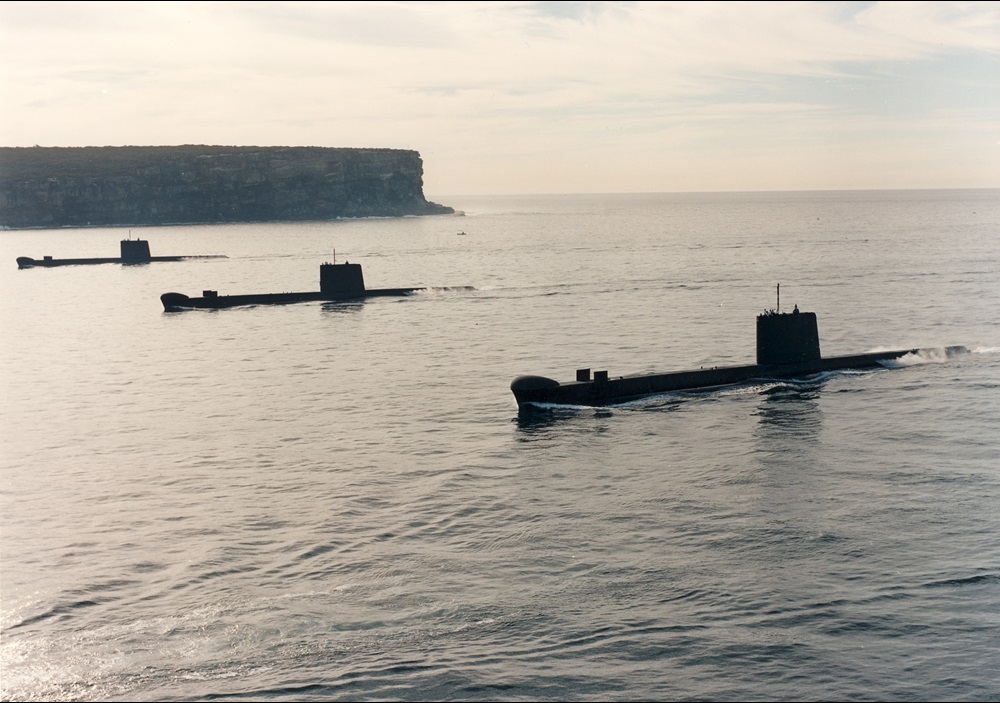 As 2013 drew to a close, the team came to the conclusion that we were at a point where we needed to decide on the best way to utilise all the living, breathing stories from our interviews and research. If we could communicate the essence of these stories, we could bring things to life for visitors boarding the vessels as vibrantly as they had been brought to life for us. We felt that these anecdotes, memories and events needed to be placed into something consistent and unified so they that wouldn’t be lost in a series of snapshots, but absorbed holistically. The question was – how do we organise all the historical information we were gathering (a traditional exhibition process) – and what will be the most impactful way to impart this across the unique museum space and the online portion?

Then we met Mike Jones. (Cue birds singing.) Mike is a writer of interactive multi-platform narratives with experience across diverse mediums such as tv, books and online. Oh – and just for good measure, he also worked in museums in a previous life. He gets us.

Earlier this year Mike led four workshops here at the museum, consisting of our museum team and also three other external professionals with a variety of skills across documentary making, illustration and scriptwriting. In those creative four days (and then some), Mike helped us visualise our research into a more structured narrative and guided us through the development of a new process for creating multiplatform exhibitions that will, hopefully, inform future projects here at the museum. We came out the other end with a document, a museum version of something known in tv circles as a ‘Storyworld Bible’ (see online for the Battlestar Galactica version and great thanks to Ester Harding for penning ours). This document outlines in detail the world our visitors will step into the moment they enter the Warships Pavilion – physically or virtually - and sets up a concept from which we can generate multiple, connected experiences; not just one. It defines what we want people to feel when they visit this ‘exhibition’, and what we want them to get out of it. It gives a consistent base for the work we do as the project progresses, drawing together and informing the development of spaces within the building, the creation of interactives and the look and feel of our online component. In short, our Storyworld Bible is the ‘vibe of the thing’. 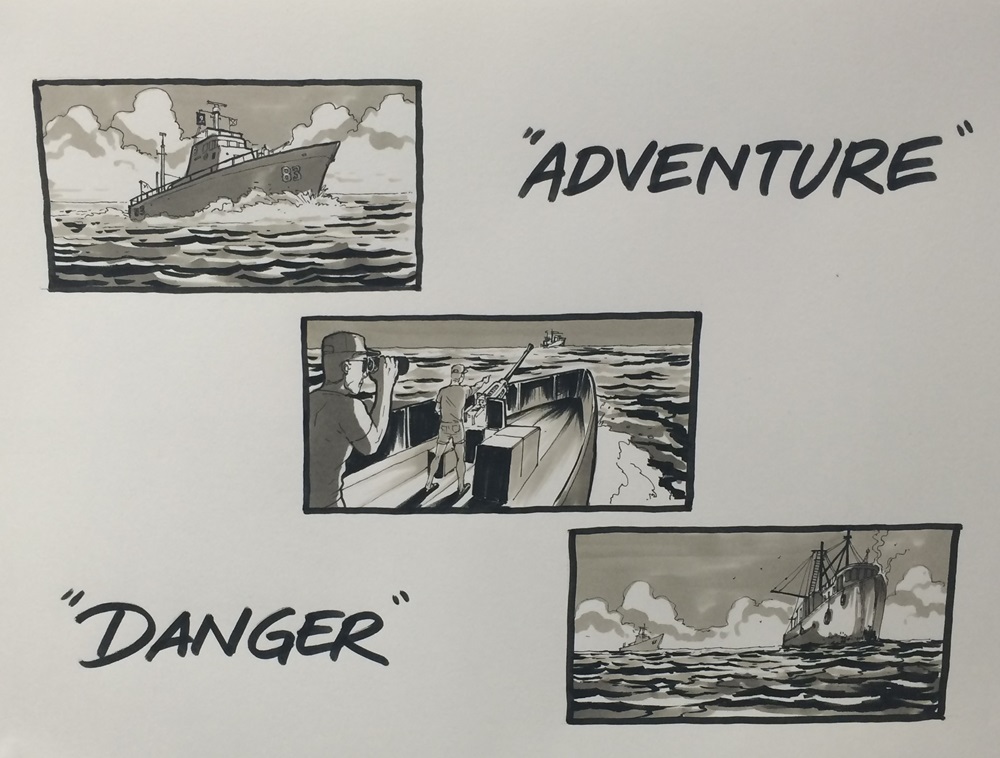 While guiding us through the Storyworld workshops, Mike emphasised that anecdotes are not the same as story, and unless they are galvanised into something bigger they are pretty disposable. A story should be something that provides an engine that can drive an entire project, motivates an audience to stick around to find out what happens next, and envelops them. This is important to us in the creation of an experience that will be sustained across a variety of mediums – gaming, exhibition spaces, visitation on real vessels, online exploration – and content (over 100 action-packed years). With our research stacking up and our Storyworld Bible fresh off the press, we are now at the point of moving onto the work of designing the physical space, the visitor journey, audience testing and nutting out the use of technology. 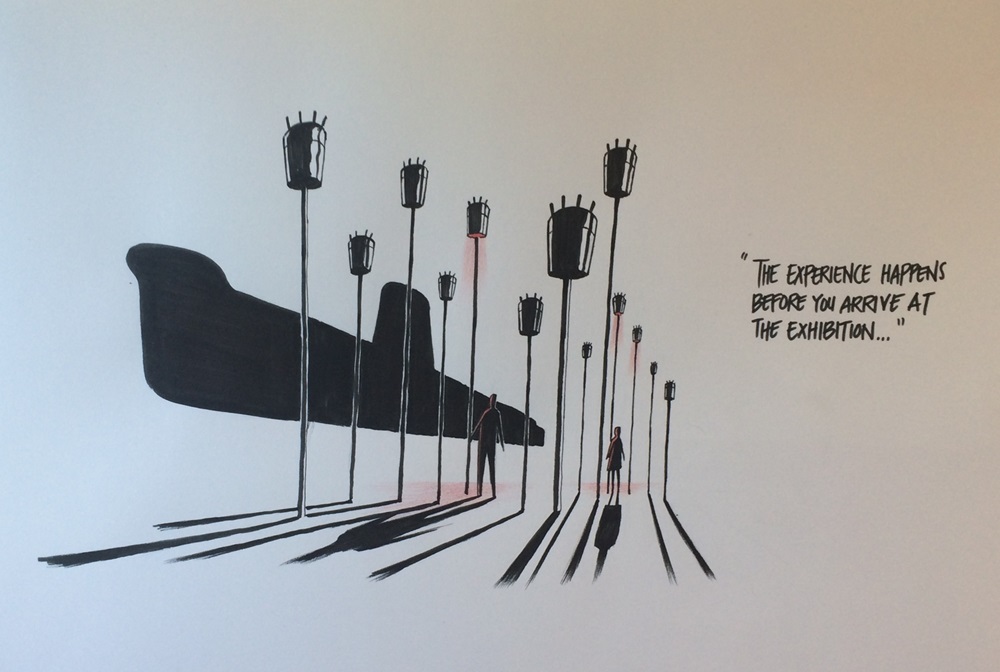 So what will this new Warships Pavilion experience look like when it opens next year?

How will we use the Pavilion to convey all the extraordinary/ordinary things about the history of the Royal Australian Navy and the events that happened on board our vessels, happened around them – happened before them? Stories of youth being expended, people meeting wives, marriages breaking down, kids growing up. Wars in the background, hot and cold, travel to far off places, the sea, the sea. Friendships and bonds being created, technical skills that developed and died away, ships that lived, were built and powered, inspired fear, and then became razor blades or museums. Submarines that moved through the depths unseen, moving toward great dangers, stealing secrets and winning wars. How to escape from a submarine – and what it is like being the last man out. Do you know about Australia's first submarines that operated 100 years ago? The mysterious disappearance, the Gallipoli decoy, the crew, the minefield, the sinking, the rat...

View all posts by Nicole and Penny→
Posted in: Vessels , Navy and defence
↑