2014 marks 100 years of submarine service in Australia. It’ll also mark the launch of a new interactive family exhibition with a submarine theme. 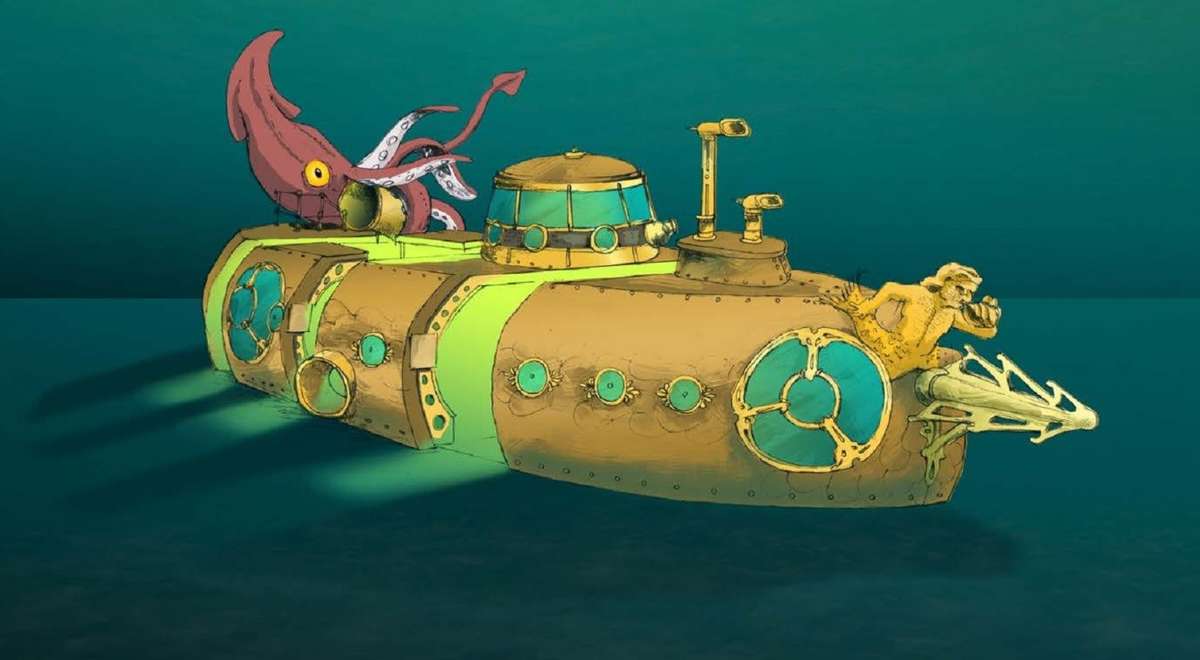 
When asked to develop an exhibition with the working title Nautilus, I was familiar with Nemo’s fantastical submarine from Jules Verne’s 20,000 Leagues Under the Sea, but I didn’t appreciate how many real submarines have been called Nautilus, their impressive list of achievements, or the role of an Australian adventurer in one of them.

Verne was inspired by several 19th century submarines of that name, including one designed by Robert Fulton to launch explosives against British ships. This 6.5m hand-cranked, candle-lit Nautilus could reach depths of 7.4m and is considered the world’s first ‘practical’ submarine. It was successfully tested by the French Navy in 1802, but they decided it was too unfair to the enemy and didn’t proceed!

Verne also saw Henry Sear’s Nautilus diving bell. Its demonstration in London was reported by the Sydney Morning Herald in 1857:

“the submerged occupants of the Nautilus emerge dry, and smiling, and unruffled…being themselves almost incredulous that they could have been at the bottom of the basin at all, and still more that they should have been so with no more derangement to their toilette than if they had walked into one of the neighbouring warehouses.”

(Coincidentally, Sear’s partner was called Hallet, which is also the name of the South Australian birthplace of Sir Hubert Wilkins, but more on him later…)

Post Verne there’s been the HMS Nautilus (1914); at that time the largest sub built for the British Navy (78.79m long), and the first one ever to be given a name. And the US has had two USS Nautiluses: one served in WWII and one was the world’s first nuclear-powered sub and, in 1958, was the first to cross beneath the North Pole: An achievement that takes us neatly back to the aforementioned Sir Hubert Wilkins…

For, though the USS Nautilus was the first to cross beneath the Arctic ice, in 1931 her namesake was the first submarine to ever venture under it. This Nautilus was commanded by Australian Sir George Hubert Wilkins, war correspondent, photographer, polar explorer, naturalist, geographer, climatologist and aviator. Previously named the O-12, Nautilus was built in 1916 and measured 53m long. (Incidentally Jules Verne’s grandson attended the sub’s re-christening, performed with a bottle of water, since prohibition outlawed champagne!). Wilkins rented her for $1/year for his expedition, which aimed to head to the Arctic, collect a range of scientific data and surface through the ice at the North Pole. She was fitted with a drill to cut holes up through the ice to get fresh air for ventilation and so they could run the engines to recharge the batteries. 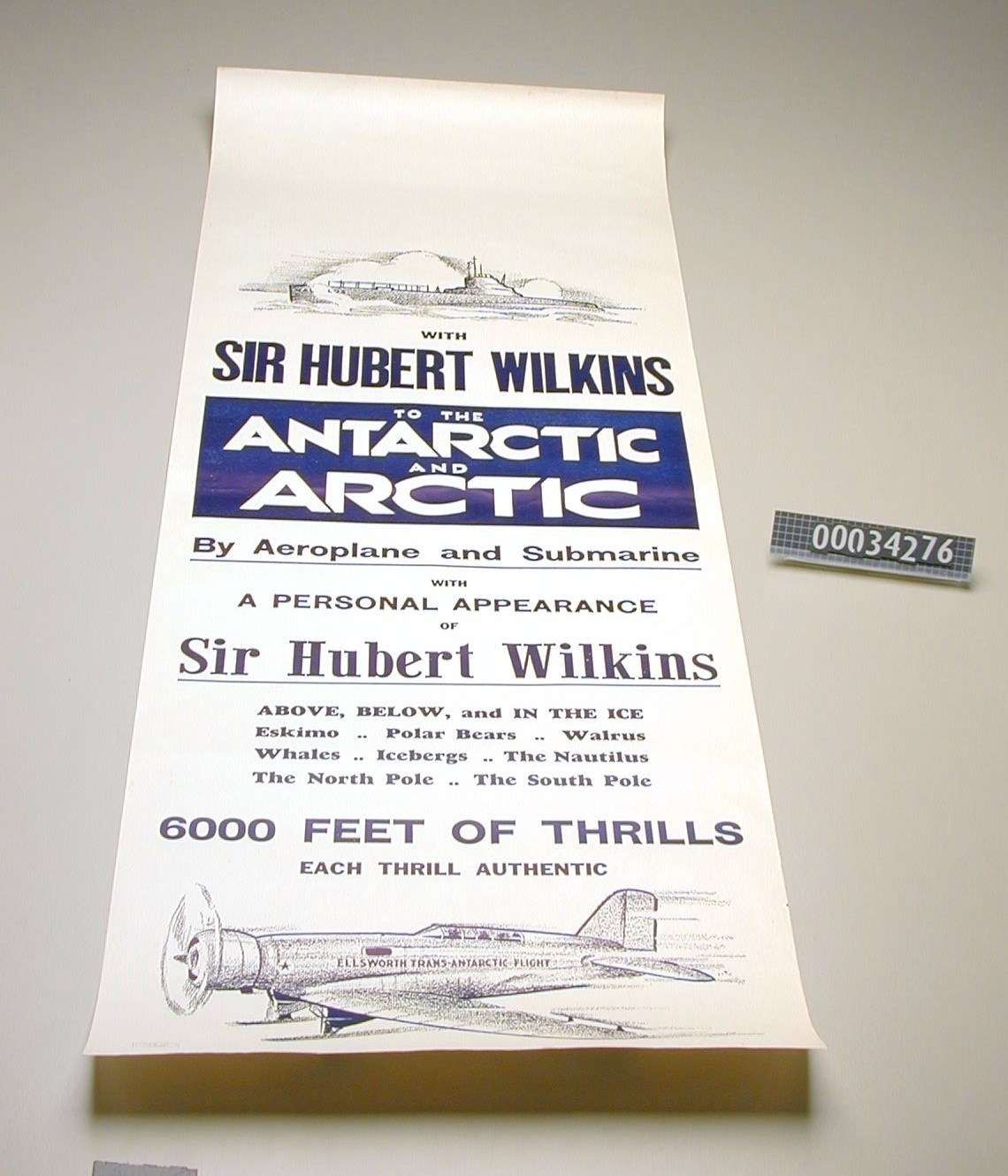 
After suffering numerous mechanical difficulties, Nautilus finally arrived in Arctic waters and prepared to make history. However, the pre-dive check made a horrific discovery; the diving planes the sub needed to go up and down were missing. (Although he carefully avoided saying so specifically, Wilkins believed Nautilus was sabotaged by crew members).

With his North Pole dream in tatters, Wilkins was still determined to continue the scientific work. They collected ice core samples, bathymetric data and gravity measurements, determined the temperature and salinity of the water at various levels and gathered plankton. Then, on August 31, Captain Danenhower worked out a way to take Nautilus under the ice. He trimmed her two degrees down at the bow and pushed her forward under a metre thick icefloe. Wilkins wrote:

“The noise of the ice scraping along the top of the vessel was terrifying. It sounded as though the whole superstructure was being demolished.”

There appeared to be no internal damage, so they trimmed down further and continued under the ice. But when they tried to use the ice drill, the shaft failed so they were forced to reverse the sub back out.

Nautilus was too badly damaged to return to the US. She was scuttled off Norway, coincidentally close to where Nemo’s Nautilus is lost at the end of the novel. Wilkins went on to have many more adventures, but none in submarines until, on March 17, 1959, the nuclear submarine USS Skate surfaced at the North Pole and scattered his ashes over the Arctic ice.

There’s an online exhibition on the expedition here.

Most recently, 2008 saw the launch of the Danish UC3 Nautilus, the world’s largest privately-built submarine (17.76m long). She’s been used for inspiration and research by developers of the computer game Silent Hunter.

So there have been numerous successful Nautiluses, but alas, not my exhibition – it has been re-named “Voyage to the Deep”. (But it’ll still feature a fantastical submarine and will be open in time for Christmas).

View all posts by ANMM Guest→
Posted in: Vessels
↑