With Olympic insignia blazing on its mainsail and hull, the dinghy will be on display in the museum foyer, along with a special showcase for the gold medals and apparel from its team – skipper Mathew Belcher and crew Malcolm Page. 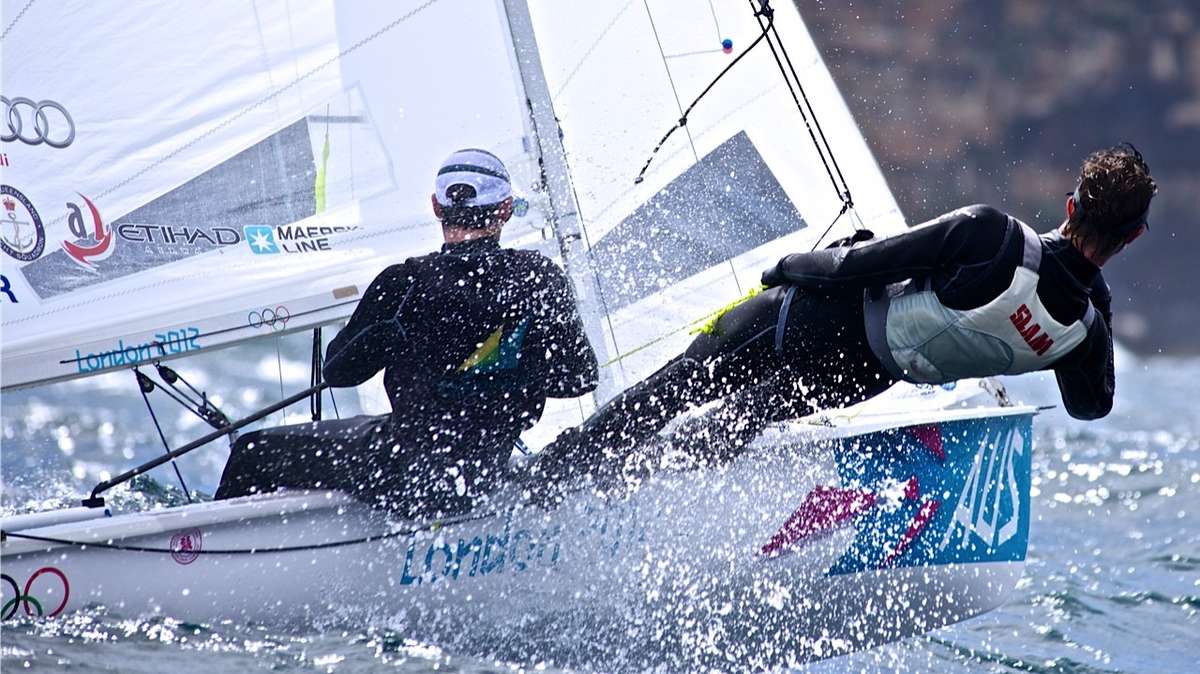 Malcolm and Mathew on Practical Magic in 2012.

World champions going in to the Games, Mathew Belcher and Malcolm Page pushed to victory in the last race of the series to beat rivals Britain for the gold medal.

Of the ten sailing events at the 2012 Games Australian sailors claimed four medals – silver in the women’s Elliot 6m class and gold in the men’s laser, 49er and 470 class events, continuing a racing renaissance in the dinghy and skiff classes.

Mathew and Malcolm’s win took the number of gold medals won in the 470 class to five since the 2000 Sydney Olympics when Australia won both the women’s and men’s events – an incredible winning streak orchestrated by head coach and former 470 class sailor, Ukrainian Victor Kovalenko. 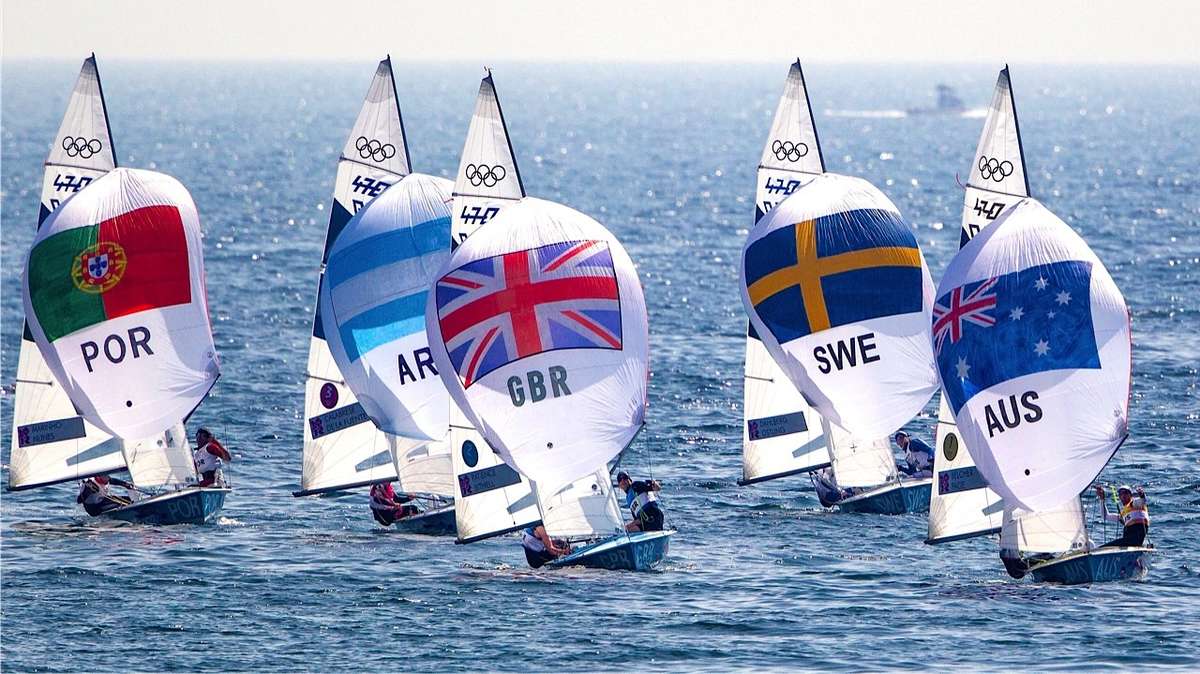 When Mathew Belcher and Malcolm Page faced the final Olympic race – the last of 11 races of the fastest ten teams – the accumulated points meant that the only possible result was gold or silver. It was to be a duel with rival, host nation Britain. It had been a rocky start though, when on the first race the then world champions hit the mark on the first leg, on the stadium course in full view of the spectator crowd. It was an unexpected school boy error from the pressure of Olympic competition. Their performance in the second race was no better when after a false start they collided with another boat.

After falling behind in the first two races the team won six of the eight races remaining and found themselves sailing in the final race to a certain podium finish. Finishing just ahead of the British team, it was the gold medal they claimed. 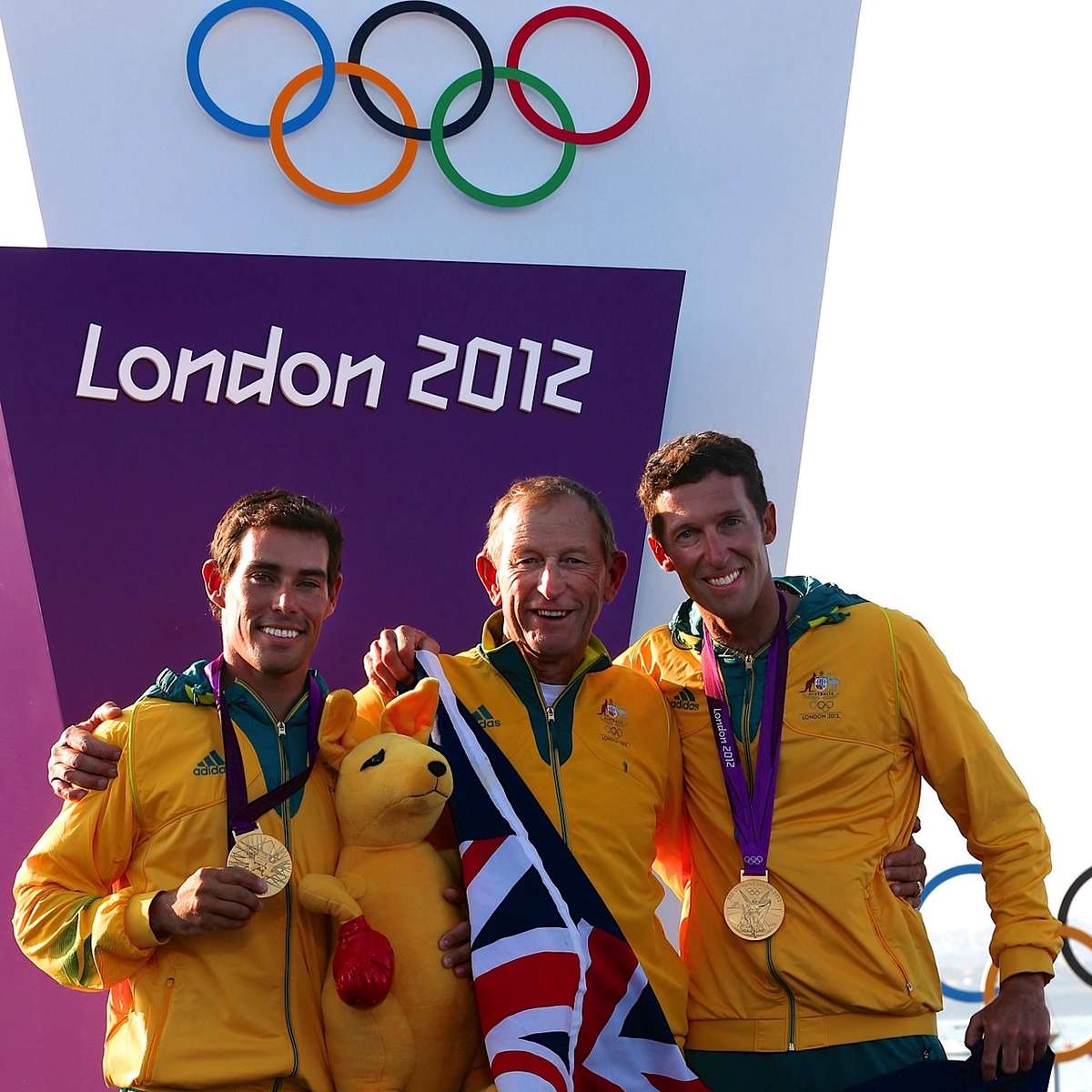 Mathew Belcher, a Queenslander, was sailing in his first Olympics after eight years in the class, and he had his own approach to deal with the hype. Mathew placed his trust in his experienced crew, their boat which had been built by father-in-law Sebastian Zeigelmayer, with fittings and fixtures customised for the team, and importantly, the person who shared his life, his wife Friederike.

The couple met when Friederike arrived in Australia in 2001 as one of several European sailors invited by coach Victor Kovalenko to train with the Australian team to build competition. She missed selection for Australia for Athens 2004 when Jenny Armstrong and Belinda Stowell were selected to attempt to defend their medal. She toured and raced on the international circuit with Mathew and later moved back to Germany and was selected for its national team for London 2012.

Friederike is a 470 sailor who competed for the German team at the London 2012 Olympic Games. At Weymouth the couple was given special permission to stay together outside the athletes village, and the need for discretion was well understood. One might expect tensions in this scenario but for Mathew it was calming to remain with his wife, which he credits with contributing to his focus and ultimate success at his first Olympic Games.

As skipper, Mathew makes decisions about conditions on the course, where to steer for the best tactical advantage, and how to keep his crew out on the trapeze wire to produce the fastest speed.

Malcolm, as crew, was the big man of the team, at 186 cm tall compared to Mathew’s 173 cm. His role was to hang out on the wire, using his height and weight to control the boat’s balance in order to increase speed. Hanging out from the boat counter-levers against the wind. So the taller and more parallel to the water the crew can be, the more leverage against the power of the sails. More leverage equals more power – similar to putting a bigger engine in in the boat- and the faster the boat goes. What a role – hours training and racing stretched on the wire parallel to the seas! 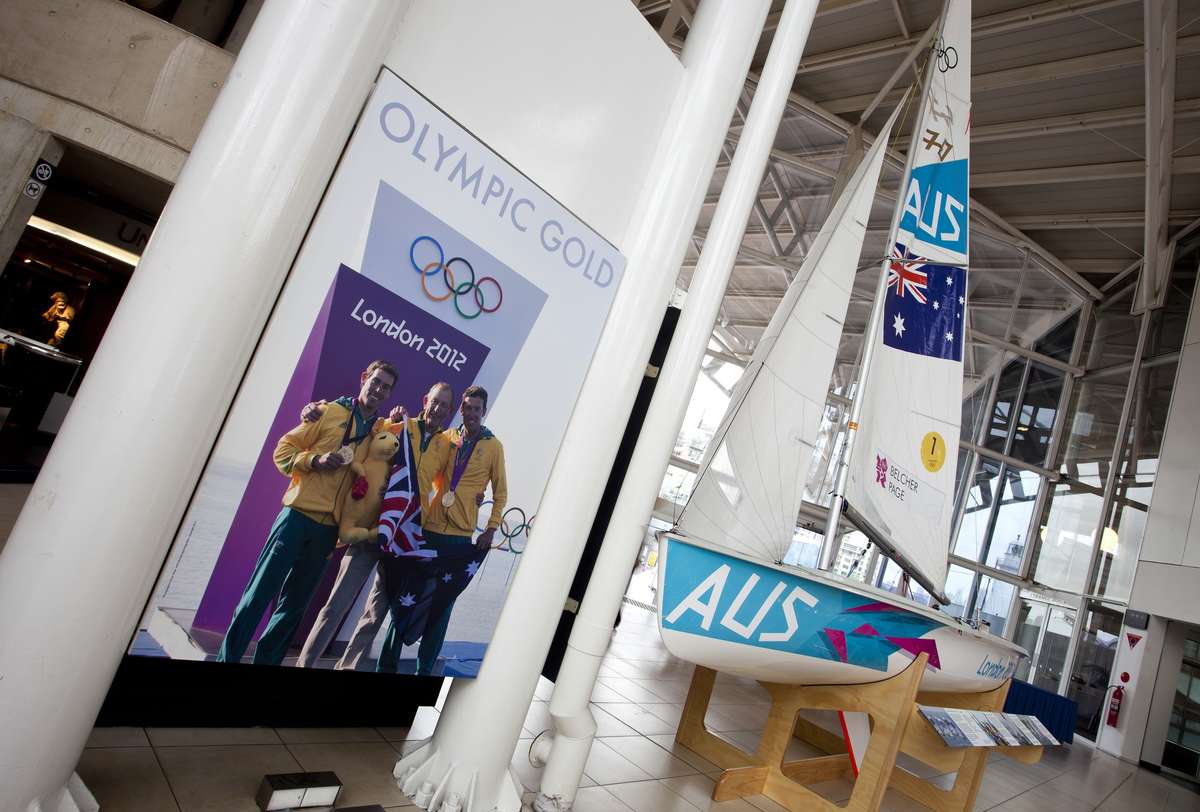 Practical Magic in the museum foyer. Photograph A Frolows, ANMM

In addition to Practical Magic being on display, the museum also holds one of the first gold medal winning 470 class boats from Sydney 2000, Ugly Duckling, sailed by Belinda Stowell and Jenny Armstrong. As part of an Olympic trail, it will be available for viewing in storage on special tours of our Wharf 7 maritime heritage centre.

The Australian 470 class racing dinghy was named after a film by Australian actor Nicole Kidman in keeping with 470 tradition. In 2003 Malcolm had dieted so much to stay on weight and was so skinny he looked as if he had escaped from the notorious Bangkok prison, and the new boat was named Bangkok Hilton. A tradition was born.

Other names have included Days of Thunder, Dead Calm – while perhaps not such a good name for a racing dinghy it’s not bad for the crew – Australia, BMX Bandit, My Life, Windrider, and Nine. 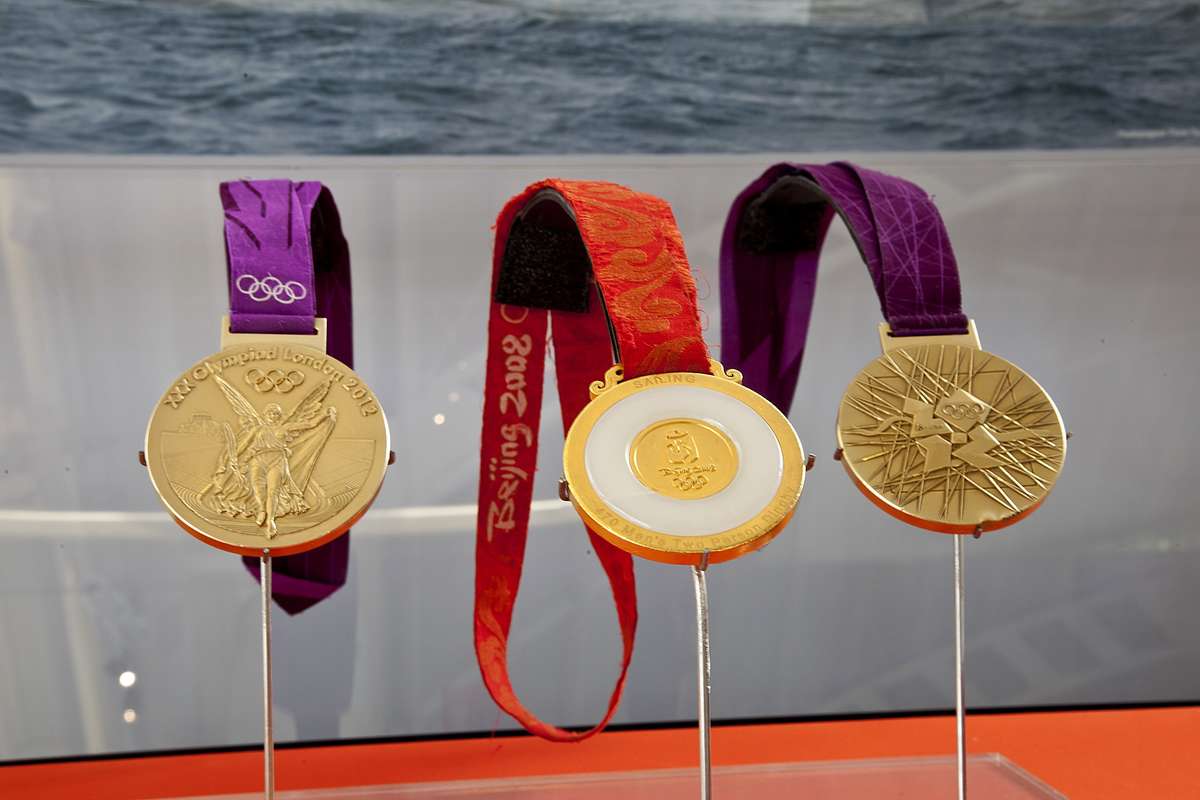 Malcolm Page was honoured as Australian flag bearer at the closing ceremony of the London Games, after which he retired from sailing. In 2009 he was awarded an OAM for services to sport.

The boat – the 470 class – technical details

Victor Kovalenko OAM and Malcolm Page AM will be participating in a fascinating Olympic forum here at the Australian National Maritime Museum for the 12th Annual Phil Renouf Memorial Lecture on Thursday 6 March 2016.

View all posts by Daina Fletcher→
Posted in: Vessels
↑