In 1790 the three masted, wooden, 24 gun, Porcupine class frigate HMS Pandora sailed from England to Tahiti in the South Pacific in pursuit of HMAV Bounty and its infamous mutineers led by Fletcher Christian. After capturing some of the mutineers, the Pandora searched the Pacific, visiting the Solomon, Rotuma, Union, Samoa, Palmerston, Society and Cook Islands before returning to England, via the Torres Strait when it was wrecked in an entrance through the Great Barrier Reef that beats its name. 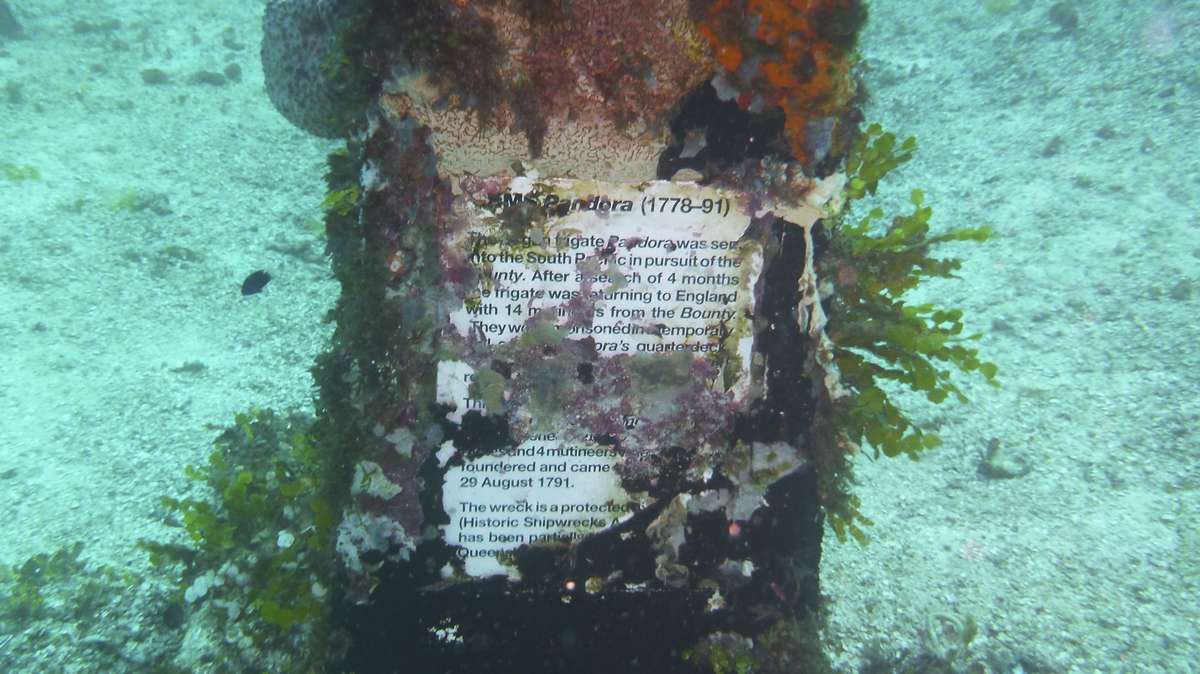 The survivors sailed in open boats from the Barrier Reef to Java and eventually returned to England, where the surviving mutineers were brought to trial. The wreck site was re-discovered by divers – with the assistance of the Royal Australian Air Force – in 1977.

Between 1983 and 1999 the Queensland Museum conducted a series of archaeological excavations on the site –assisted by archaeologists from all over Australia – including Peter Illidge from GBRMPA and Kieran Hosty from the Australian National Maritime Museum.

Excavations concentrated in the bow and stern areas of the wreck where archaeologists discovered extremely well preserved and well stratified deposits of artefacts (Gesner, P, Memoirs of the Queensland Museum, Cultural Heritage Series, 2000)

Making sure that we anchored a safe distance off Moulter Cay – a significant turtle rookery – the dive tenders were off loaded from the top deck of Silentworld II and after the usual safety briefings and site inductions the dive teams headed north in the Carib and the Hydra-sport – threading their way through the various shallow reefs and isolated sand cays that bounded the edges of the Pandora Entrance.

Once on-site the dive teams prepared the shot line – and after checking their navigational instruments and sounder – to make sure we were over the wreck but not over the fragile copper alloy stern post area or the cast iron Brodie Stove – carefully lowered the shotline down to the seabed some 32 metres below.

Once the shotline was down the first dive team consisting of Peter from GBRMPA, and John and Jacqui from the Silentworld Foundation prepared to dive – the objective to let Peter, who was familiar with the site to assess the wreck for any signs of erosion or damage. The team descended and after a quick site tour examined the site for damage. Only a few short minutes later, because of the depth, time on the bottom is limited to 10 minutes, the divers ascended up the shot line and then over to the decompression station suspended 5.0 metres below the Hydra-sport for the mandatory safety stop. 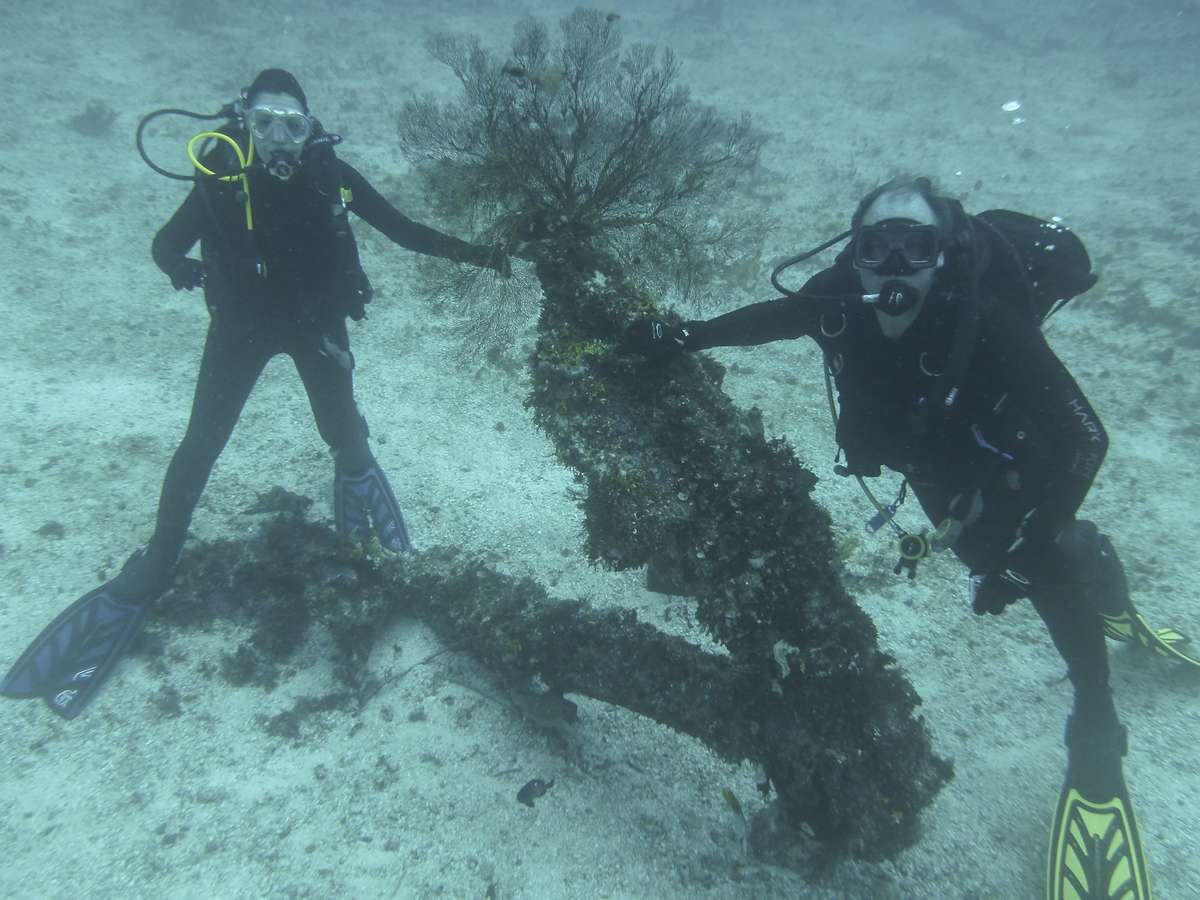 After the first team completed their dive – the second team – consisting of Frits, Trevor from the Silentworld Foundation and Kieran – descended. They landed on the bottom a few metres away from the Brodie Stove and then swam towards the stern of the ship noting a very light scour around the base of the stove and another larger scour around the base of the monument but the rest of the site appeared very stable with a firm sand / shell substrate.

After cleaning the plinth – Frits, Trevor and Kieran ascended and the process was repeated, with appropriate surface intervals, until all dive teams had completed their second dive on the site.

With the Pandora inspection completed and the weather pattern continuing to hold the team has decided to make a run for an isolated coral reef system – called Great Detached Reef – to inspect the remains of several wrecksites – reported to us by Ben Cropp – as well as to look for the remains of some of the other vessels known to have been wrecked there.