Think of Western Australia and red earth, big skies and endless, timeless landscapes come to mind. That and the monumentalism of the mining boom, its huge trucks, open cut mines and mind boggling economics.

That industry is only as old as living memory. There is another story to tell about the economics of Western Australia and it’s one that looks towards the sea – to the maritime world – to a time before World War II when pearl shell and fish were sought after bounty.

Fishing, pearling, sailing or trading: stories of Western Australia’s seagoers and their craft is a seminar exploring these industries, and the economics and communities which shaped and sustained them.

Who knew that pearl shell, valued by Indigenous people for thousands of years, became such an important commodity in Western Australian and European markets that the major port Broome, on Roebuck Bay, was granted exemption from the Immigration Restriction Act of 1901 to maintain its predominantly Asian Japanese labour force? 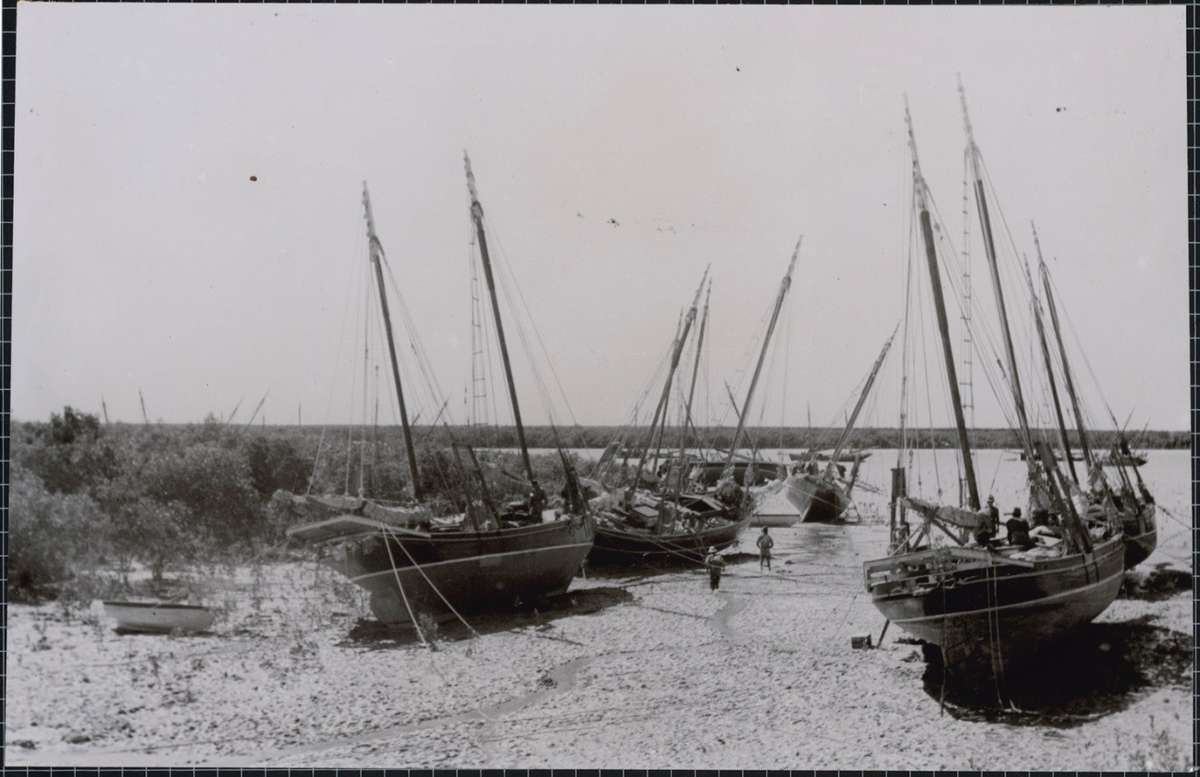 What about the critical role of Indigenous workers in the pearling and fishing industries? In the early years of commercial diving in the 1860s Aboriginal women along with men free-dived to 15—20 metres. After regulations prohibited women diving, Timorese and Javanese skin divers were brought to the area.

And there are intriguing stories to uncover about Western Australia’s Aboriginal watercraft culture. How did Aboriginal people make and use their craft to sustain their communities? How did they navigate those huge tides and coastal seas for fishing, travelling or trading? 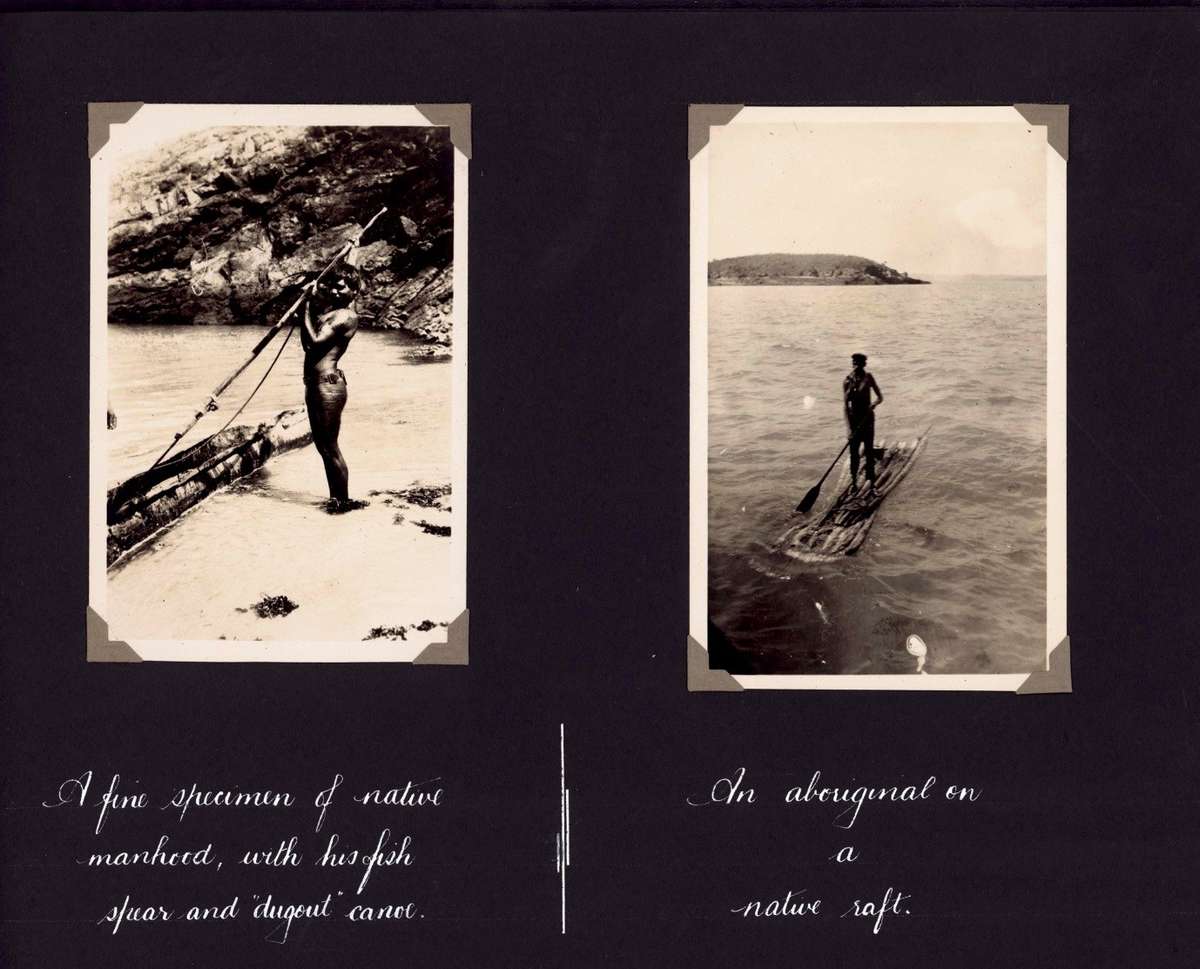 Before the boom – photograph taken during a 1929 expedition by the Australian Iron and Steel Company, off the Kimberley coastline in north-western Australia.
ANMM Collection reproduced courtesy of the Dambimangari and Mayala people

And the broader fishing industry? What are other stories to uncover?  From an industry that was largely small in scale, in competition with the massive cattle industry for Australian dinner plates, it was the agency of southern European migrants who fished and created markets for high-value seafood such as scallops and lobster. More personally, what was life like for those working in these industries on fishing craft and pearling luggers? 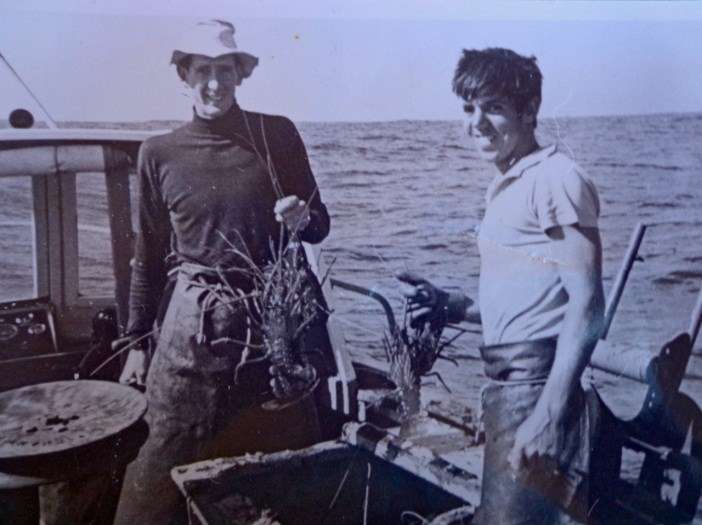 To be held on 15 November in Fremantle, this event is being held during the visit to Fremantle by the national council of the Australian Register of Historic Vessels (ARHV). The ARHV promotes surviving historic craft, viewing them as artefacts created and shaped by the people, communities and their industries and leisure practices. Here historic craft are used to unlock the stories of those communities and industries.

The Australian Register of Historic Vessels is a collaborative program which has a website at its heart but relies on boat-owning communities to evoke their often rich histories. This seminar is an important part of the Australian National Maritime Museum’s strategy to reach communities around Australia and involve them in telling their stories and, like pieces of a jigsaw, how they contribute to the national picture.

This unique seminar journeys back through living history and pairs first-hand accounts from sailors and workers with historical presentations on fishing, pearling, Indigenous coastal culture and sailing – from Bardi rafts to Australia II. 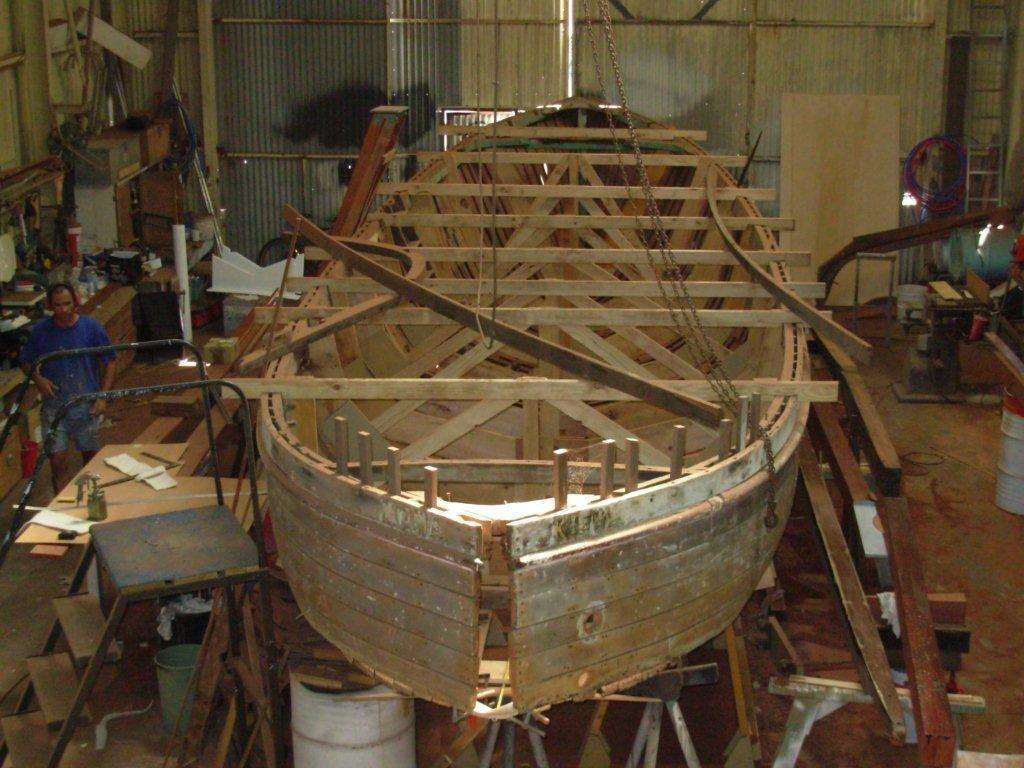 MV Kiewa, during restoration. This Perth-built motor launch was built for the Commodore of the Royal Perth Yacht Club and this year celebrated its one hundredth birthday. Photos courtesy Ron Lindsay 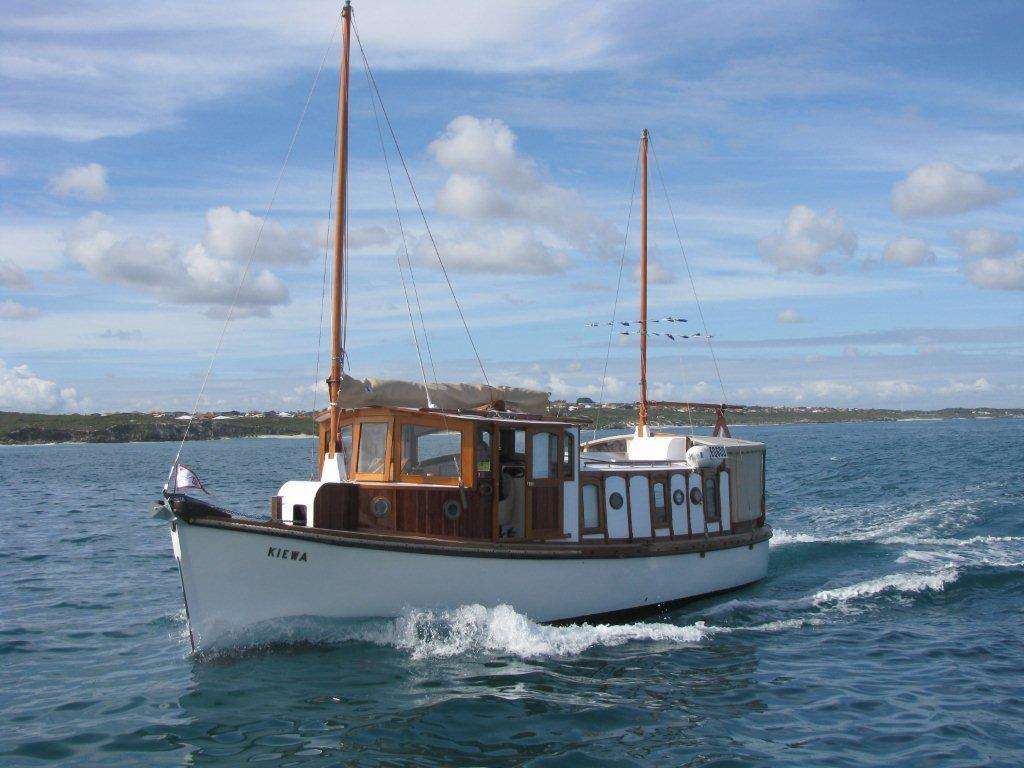 Come along to hear special guest John Longley AM, CitWA, reflect on the thirtieth anniversary of Australia’s historic America’s cup win, and the future of the America’s Cup race. The evening also includes the presentation of the Australian Association for Maritime History Awards, the presentation of certificates to Western Australian owners of historic craft on the Australian Register of Historic vessels and the Vaughan Evans Memorial Lecture, and much more.