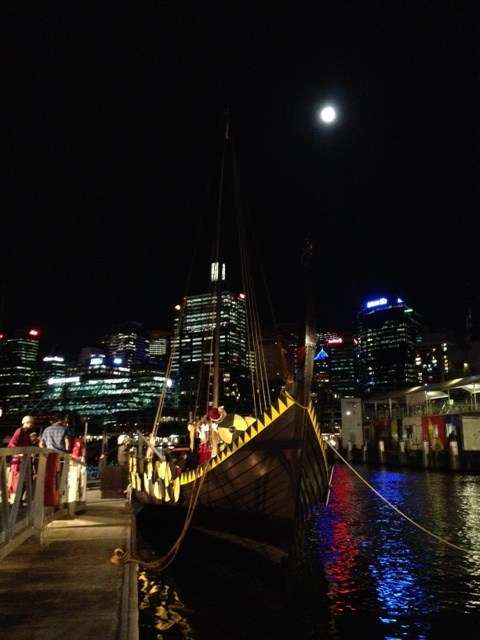 As night fell and a full moon rose over Darling Harbour on Thursday 19 September, the Jorgen Jorgenson was readied to bring an invading force of Vikings in to the museum wharves as the centre-piece of the opening event for the Vikings – Beyond the legend exhibition. 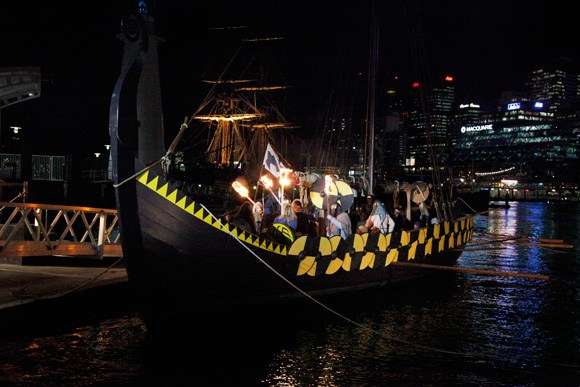 The vessel was crewed with rowers and warriors who had travelled across many seas and to the eastern lands of the great city of Miklagard. They came with trade goods to the lands of the Anglo-Saxons. 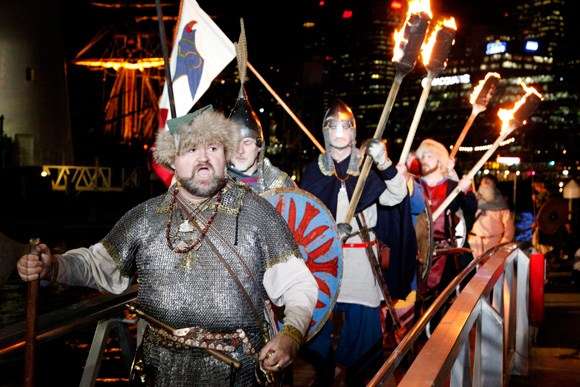 The warriors of Miklagard come ashore

But the Anglo-Saxons who met them on the shore were suspicious and did not believe them. The Vikings were armed and came in a ship of war. How could they trust these strange looking warriors with eastern style clothing and rich trappings? 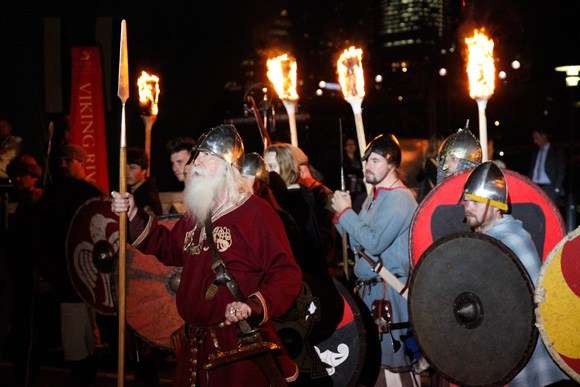 The Anglo-Saxons are suspicious of the visitors

The leader of the Anglo-Saxons announced they would have a combat of champions so that the gods could decide the truth! The two warriors stepped forth and after the Englishman uttered the Lord’s Prayer, they set about a mortal combat. 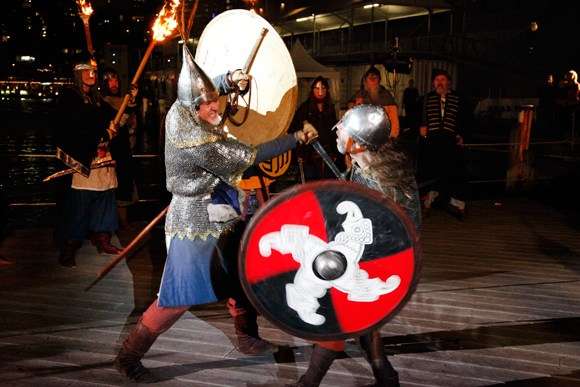 His prayer was in vain and he was slain by the Viking warrior. Thorstein, the Viking chietain, then announced that they had indeed come to trade and that to show their honour and intentions he would pay wereguild to the value of the Anglo-Saxon’s fallen warrior. He offered a bag of coins to the King of the Anglo-Saxons – who if he refused, would be forever in a blood feud with the Vikings. 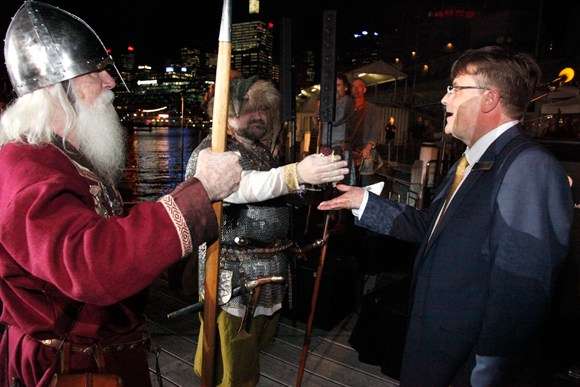 The King of the Anglo-Saxons (our museum director!) accepts a bag of coins

Fortunately he took the money. The dead warrior was lifted on shields and carried off in a procession of Vikings and Anglo-Saxons. Music and song commenced and feasting and trading began. 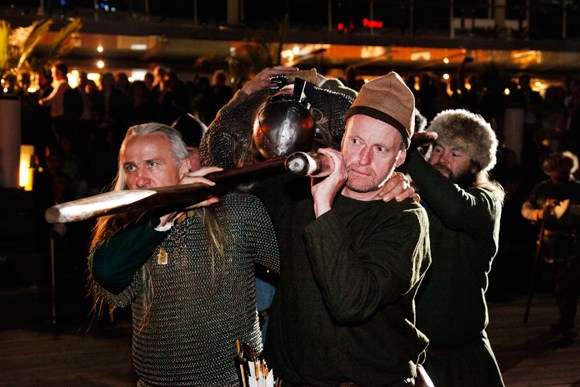 The Anglo-Saxon is taken away resting on shields

A section of a rune stone replica from the exhibition showing a funeral procession. Note the warriors carrying their swords in a sign of respect that continues to this day. It has been suggested that the image of Odin’s 8-legged horse is a representation of 4 warriors carrying the dead person

View all posts by Stephen Gapps→
Posted in: Exhibitions , Vessels
↑