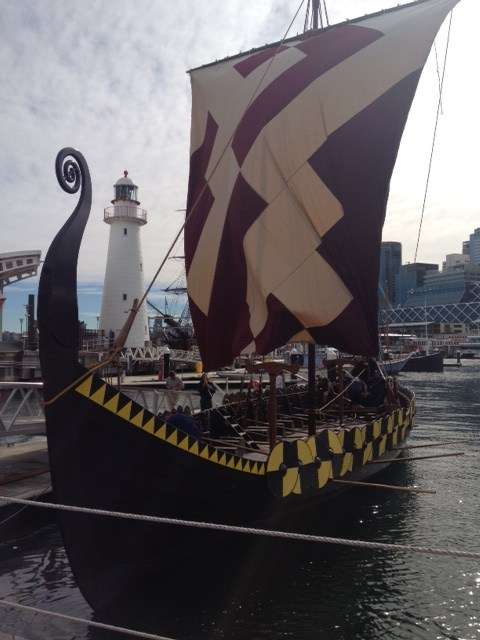 The Jorgen Jorgenson is ready!

After several weeks of hard work by the museum’s Fleet staff and volunteers and the Pyrmont Heritage Boating Club, the reconstruction of the Gokstad vessel Jorgen Jorgenson is finally ready to go a viking! 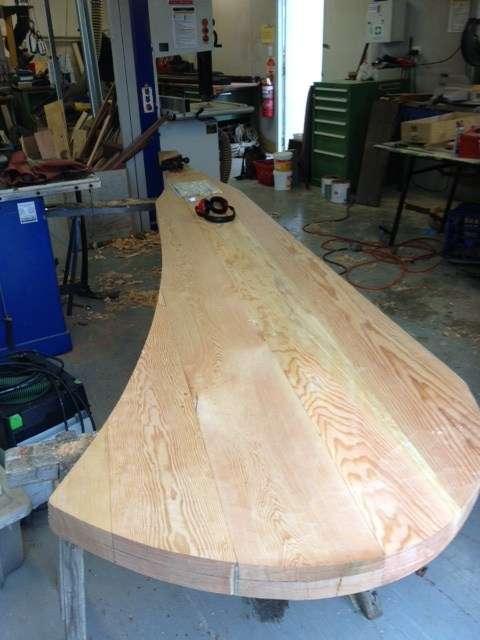 The steering board under construction

The stýrismaðr or steersman took the hjölm or helm. The stýri is connected to the hjölm by a rod that runs through a supporting conical piece of carved timber that was carefully constructed to withstand signficant stress. 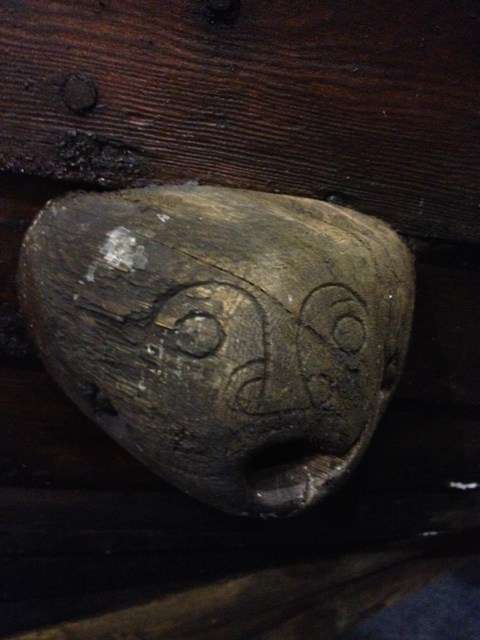 The carved steering board cone on the Krampmacken boat from the Swedish History Museum, on display in the exhibition

Over the last week, sea trials – or testing of the vessel on the water – have ironed out a few issues. Thirty two oars can indeed be rowed in reasonable unison by a scratch crew! 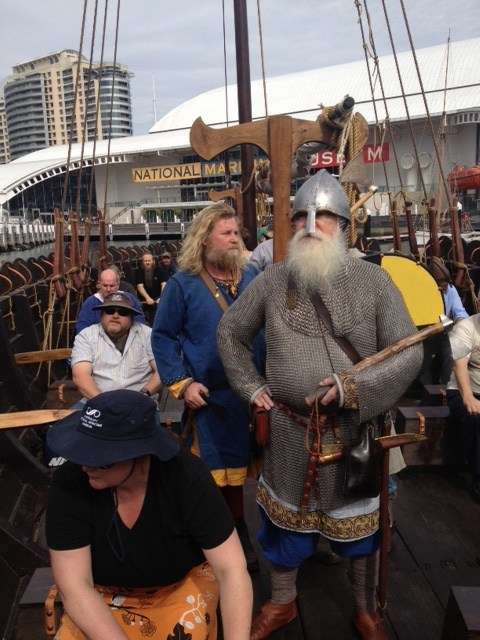 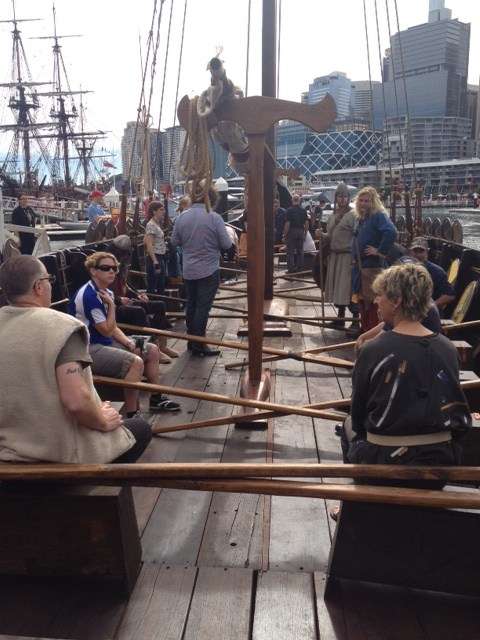 On the deck of the Jorgen Jorgenson preparing to row

We have found the vessel to move well through calm water – but it is difficult to row with any wind about. Still, even a motley crew of Vikings can make a fist of rowing.. 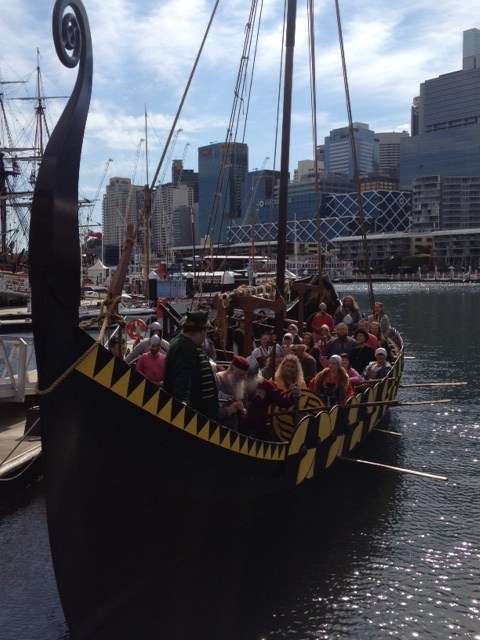 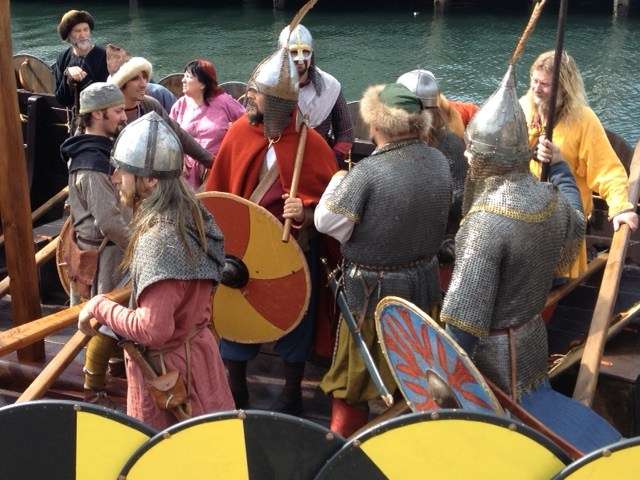 All the elements are now in place for the opening of the Vikings – Beyond the legend exhibition on 19 September – even Viking music and flaming brands! 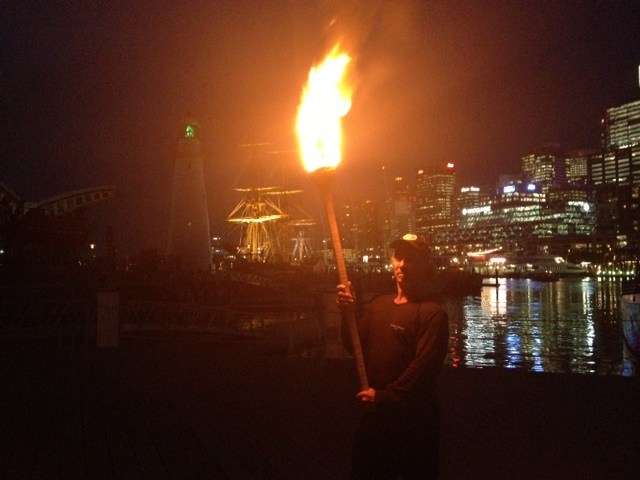 Testing the flaming brands for the opening night