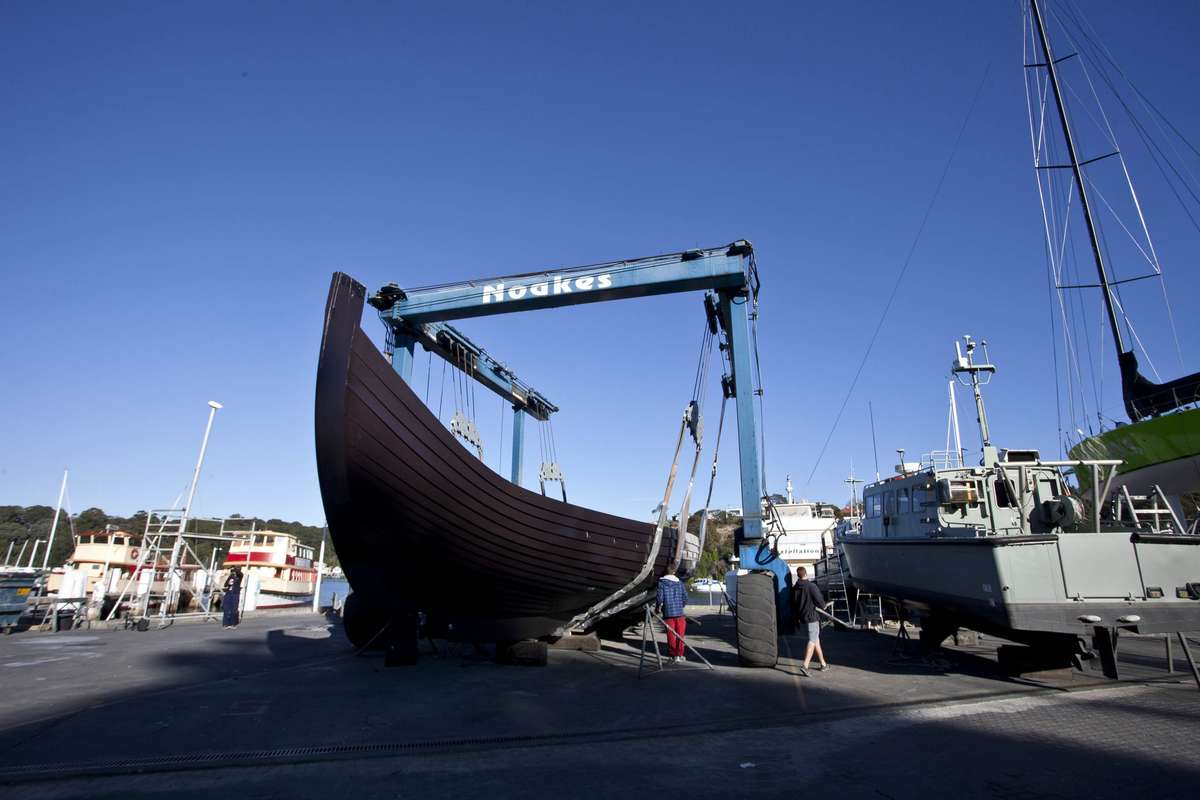 Jorgen Jorgensen ready to go back in the water

As mentioned in my last blog post, the restoration of the Viking Age reconstruction Jorgen Jorgensen, is being spearheaded, so to speak, by the Australian National Maritime Museum’s Fleet staff. During the last week of July, Fleet and volunteers worked hard to finish the necessary work below the waterline and to paint the vessel while it was on the hard at Noakes Shipyards. 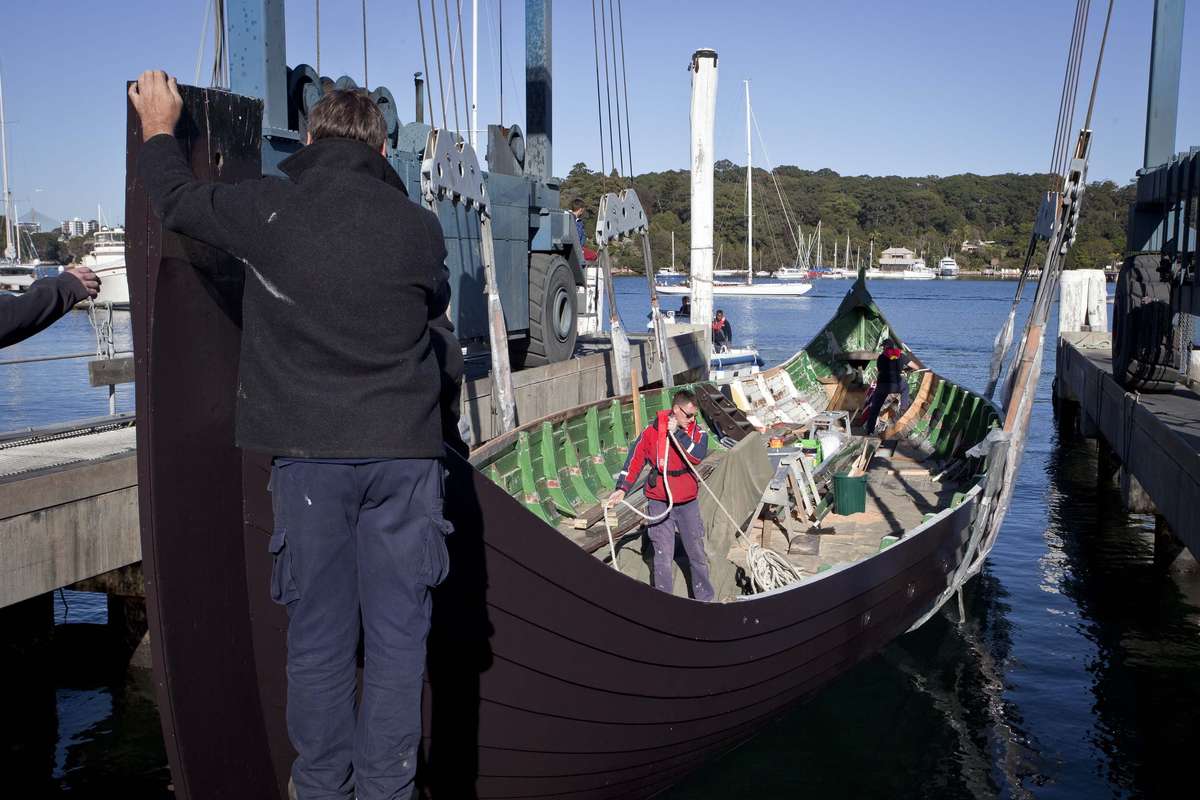 The once green Viking Age vessel is now taking on a more sinister appearance, with its new dark wooden colour.

On Monday 5 August, Jorgen Jorgensen may have caused some heads to turn as it was towed across Sydney Harbour. It is now safely moored at the museum’s heritage wharf and will undergo a few more weeks of work. Passers-by can watch Fleet and volunteers from the Pyrmont Heritage Boating Club busy replacing rotted timbers and painting the insides of the vessel. 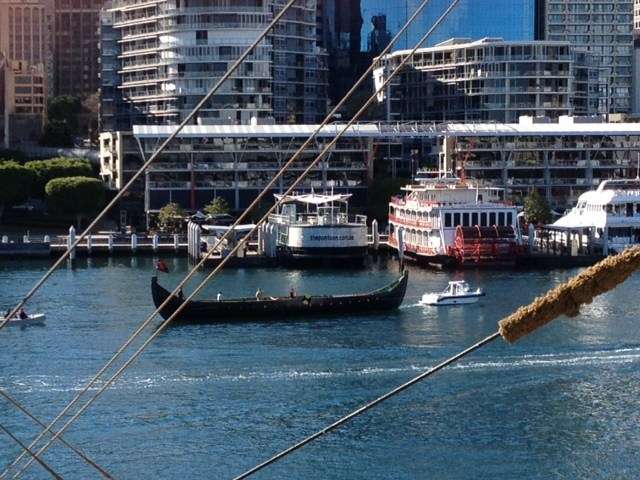 They will also be making oars – in two sizes, with longer oars needed towards fore and aft of the vessel where it narrows. Over the next few weeks the mast will be stepped and Oseberg-style scroll shaped figureheads on the bow and stern will be made.

The karvi Jorgen Jorgensen is something of an amalgamation of the two most famous Viking Age ship burial finds the Gokstad and Oseberg. When current work is complete, it will give visitors to the museum’s Vikings – Beyond the legend exhibition an experience of a what a Viking Age longship was like. 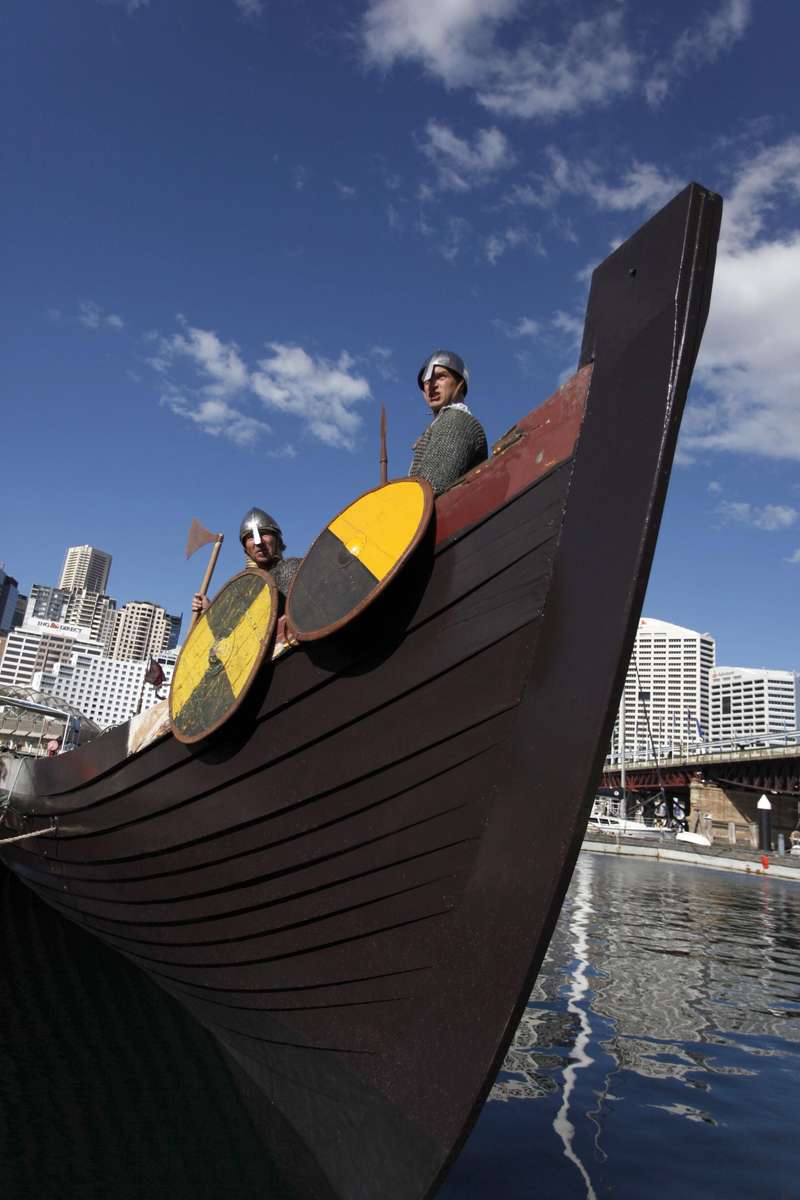 In the meantime, drop by the museum wharves to view the vessel’s progress. But watch out for wandering Vikings!

Unless otherwise noted, all photographs by Andrew Frollows. 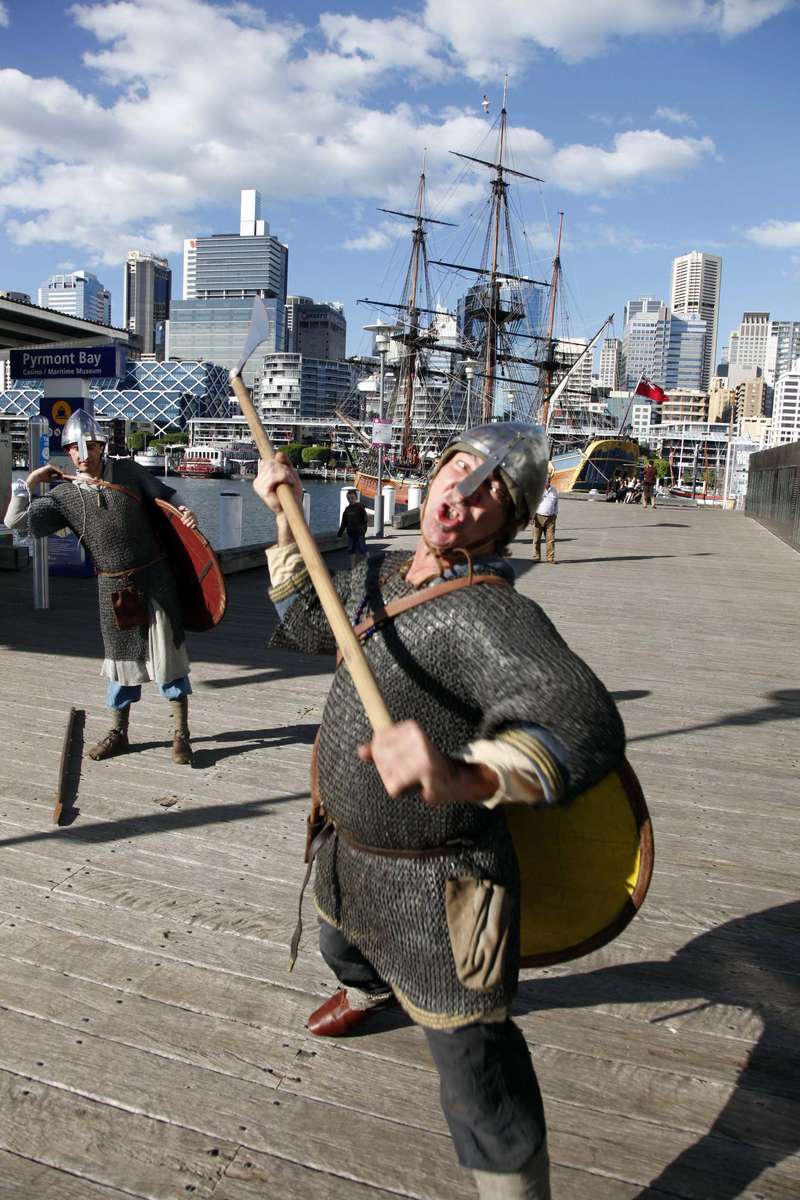 The museum’s photographer was getting quite annoying…