If you read my previous blog, you might know that we’re currently treating the Sirius anchor while it’s on display inside the Australian National Maritime Museum.

Sometimes, actions taken to protect objects change their appearance.  When the Sirius anchor was prepared for its original conservation treatment in 1986, a thick layer of marine concretion and organic growth acquired during nearly 200 years underwater was removed with hammer, chisel and a descaling gun.  This exposed the corroded metal of the anchor and allowed it to be treated by electrolysis – this process converts corroded iron to black metal and removes salts.  When treatment was completed the Sirius anchor was painted with an anticorrosive coating.  The thick, black, glossy paint flowed into the crevices and channels throughout the anchor, rounding off the anchor’s surface and filling in some of its texture. 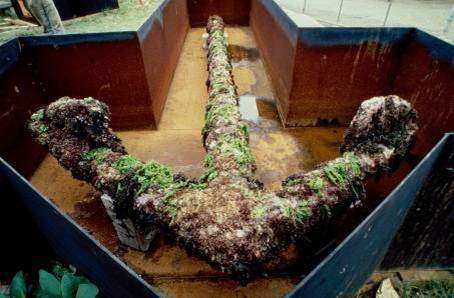 A newly recovered anchor in its treatment tank, clothed in marine concretion and organic growth. This image appears to be of the Sirius anchor on display at ANMM. Image courtesy Jon Carpenter, WAM.

Now that the coating has reached the end of its life and we are removing it, the Sirius anchor is slowly being re-revealed.  The exposed surface has the characteristic ‘eroded wood’ appearance of corroded wrought iron.  We can now see the complex texture of the anchor, with its chains of islands, undulating channels, serrated points and small hollows.  We have also found the holes drilled into the anchor to take the cathode rods used in the electrolysis process. 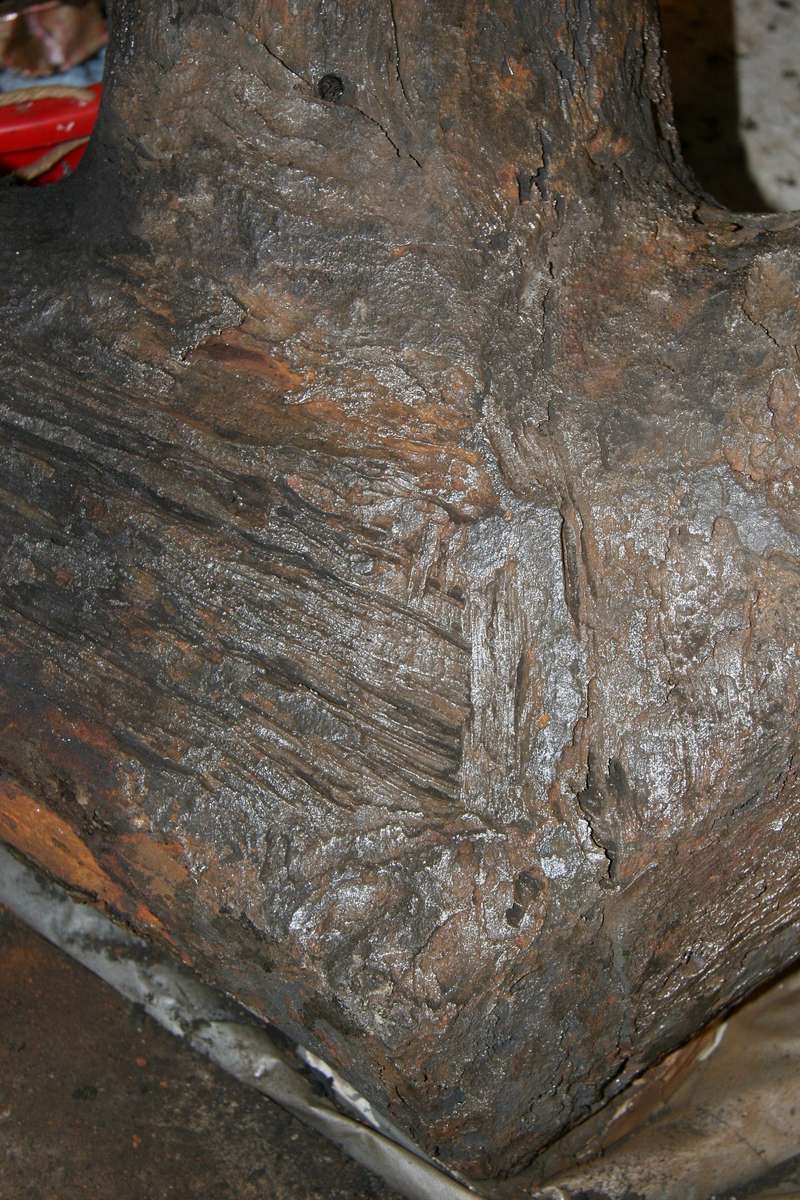 The construction of the anchor is visible again. The hole drilled for the cathode rod has also been revealed (at the top of the image).

The anchor was created by hammering together a series of iron bars under intense heat.  The direction of channels and ridges in the anchor’s surface show the meeting and fusing of these bars.  The construction of the anchor, disguised for 25 years, is now becoming visible again.

The Sirius anchor has been on display in the museum since 1991.  Despite its monumental size, there is a tendency for visitors to hurry past the anchor to temporary exhibitions and perhaps not really see it.  Yet now, as we work on the anchor, visitors are stopping by for a chat and they have lots of questions about what we’re doing.

Some visitors are surprised to discover that there is such a day-job as conservation.  Indeed, one visitor asked us if we were real!  Perhaps they had never seen anything other than a manikin in a display environment.

Usually – in order not to disrupt the visitor experience – we undertake the maintenance of permanent displays before opening hours, almost secretively. But this means that the public have little opportunity to appreciate what goes into putting and keeping objects on display.

While working on the anchor we’ve met a First Fleet descendent whose ancestor came to Australia on Sirius, chemistry students studying aspects of maritime archaeology, and children fascinated by the tools and muck which are all part of large object conservation. We’re loving meeting visitors while giving the anchor the conservation care it needs.

We’ll be working on the anchor on weekdays until July 5, so be sure to stop by and meet this significant piece of Australian history and the people who look after it. 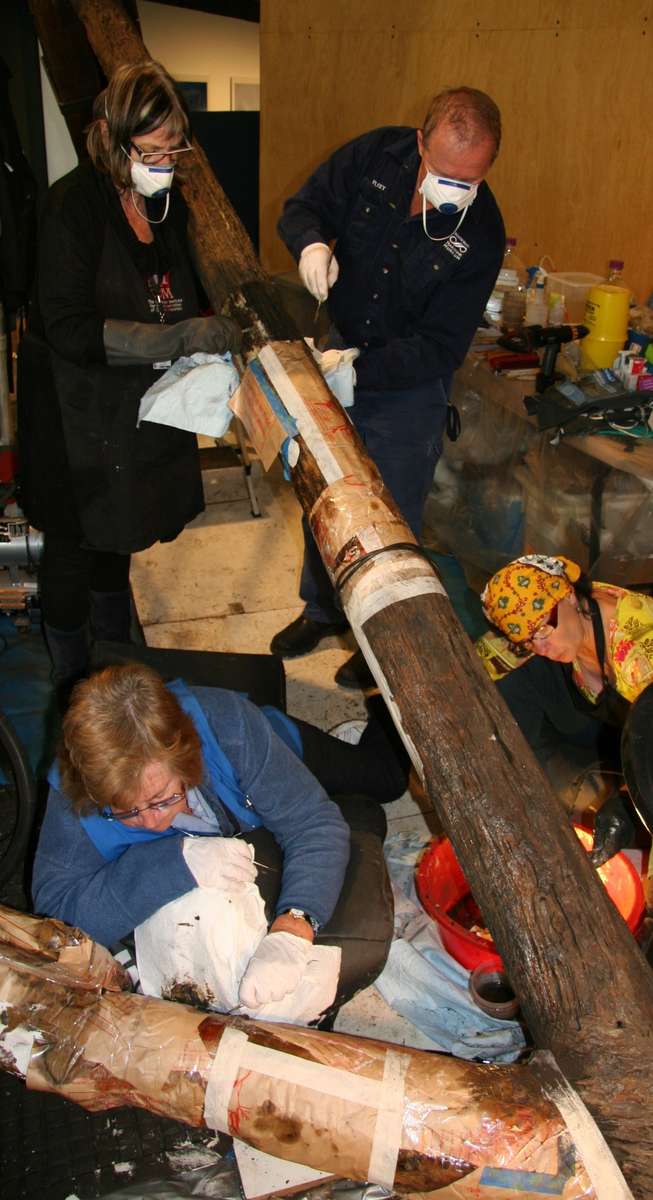