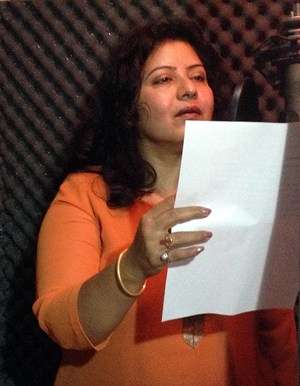 Voice recording at the sound studio.

I recently had the privilege of meeting a group of talented voice actors, some professional others amateur, but all great performers. They were hard at work in a recording studio for an audio component of our East of India – Forgotten trade with Australia exhibition. I approached actors from two Sydney based Indian theatre groups Nautanki Theatre and Abhinay School of Performing Arts, along with Roanna Gonsalves and Craig Menadue, and asked them if they would be happy to read some testimonies given by Indian servants working in Australia in 1819. Most of the actors were intrigued, keen to find out more and fortunately happy to participate. You can listen to the actors who effectively dramatised the statements in our exhibition that opens this Saturday, 1 June. 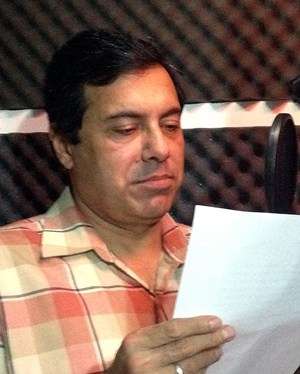 Voice recording at the sound studio.

While researching for the exhibition, I was keen to find out about more the small numbers of Indian servants, sailors and agricultural workers who came to Sydney in the early 19th century. I came across the case of William Browne, a merchant and landowner who  had settled in Sydney after living in Calcutta. He brought a group of Indian servants to work for him in Sydney in 1816, some of whom alleged they had been mistreated and complained to authorities. Governor Macquarie ordered an investigation – a special inquiry was set up and the Indian workers gave statements to a Special Bench of Magistrates in 1819.

Following the inquiry, 35 servants were sent back to India on the ship Mary which was owned by Mr Browne. The government in NSW later took Mr Browne to court in an unsuccessful attempt to recoup the costs they had spent on housing and shipping the servants home to India. Some archival records documenting the events involving Mr Browne and his servants are held in State Records NSW, but I was very surprised and in some ways lucky to locate transcripts of the original statements made by the servants in the House of Commons Parliamentary Papers. The transcripts were considered as evidence in an inquiry held in 1826 examining slavery in India and territories where the East India Company operated.

The statements provide a fascinating glimpse into the daily lives of a group of Indian servants who describe their journey, food, housing, and pay, and also allege they have been beaten. While these statements make disturbing reading, they allow us to have a greater understanding of the experiences of a small group of Indian workers who travelled far from home to a distant colony nearly 200 years ago. Their story is just one of the forgotten stories we tell in our exhibition.

Listen to a sample audio clip (mp3) of the statement given by Thamasee to a Special Bench of Magistrates July 1819. (Recording copyright Australian National Maritime Museum).

I hope you can visit the exhibition to hear more of the servants’ stories and others who chose to visit or settle in Australia, after living in India.

View all posts by Michelle Linder→
Posted in: Exhibitions , Migration
↑