Over the last week of February I travelled to the UK as part of my work at the museum, where my first appointment was to attend the meeting of the International Congress of Maritime Museums’ (ICMM) International Historic and Traditional Ships panel. I have been a member of this panel since it was brought together in 2011, and the broad aim is to be an advocate on behalf of historic and traditional ships in relation to their various survey and regulation issues, including both operational and static craft.  We met in Greenwich, hosted by Martyn Heighton from National Historic Ships UK, which manages a register similar to our Australian Register of Historic Vessels (ARHV)  and works from the National Maritime Museum (NMM). In practical terms we were there to coordinate progress from the two working parties, and as Convener of Working Party Two I had a detailed report to present, with discussion and further actions to move forward with.

We met the evening before for dinner at the Trafalgar Tavern overlooking the Thames, then spent a long day working through our agenda, convened by Alan Edenborough from the Sydney Heritage Fleet. Panel members also came from Europe, UK, and North America, a wide international base. The meeting concluded with definite direction for further work that will allow the panel and ICMM to present a proposal for guidelines more widely to museums, institutions and vessel operators with historic or traditional craft.

After the meeting I was then able to pursue other research work related to my roles within the museum; the ARHV, historic vessels and Indigenous watercraft.  The clipper Cutty Sark sits on the waterfront and has been reopened now for many months, with mixed reviews, which we discussed over the dinner on the Saturday evening. 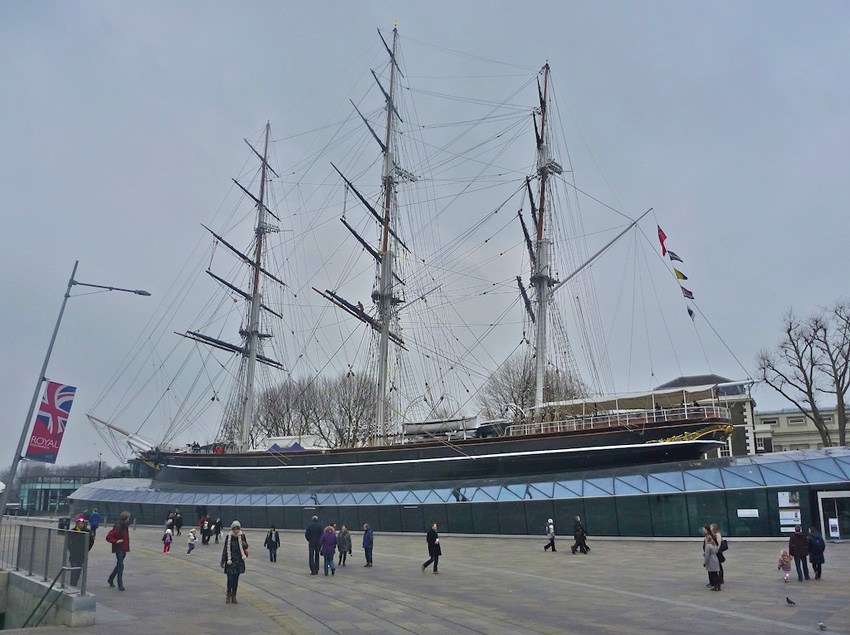 Inside the NMM my attention was taken by the glorious Miss Britain draped in her form hugging, thin metal outer cladding.  This late 1930s racing hydroplane is set dramatically mounted at a high angle to show off its stepped bottom and intriguing construction. 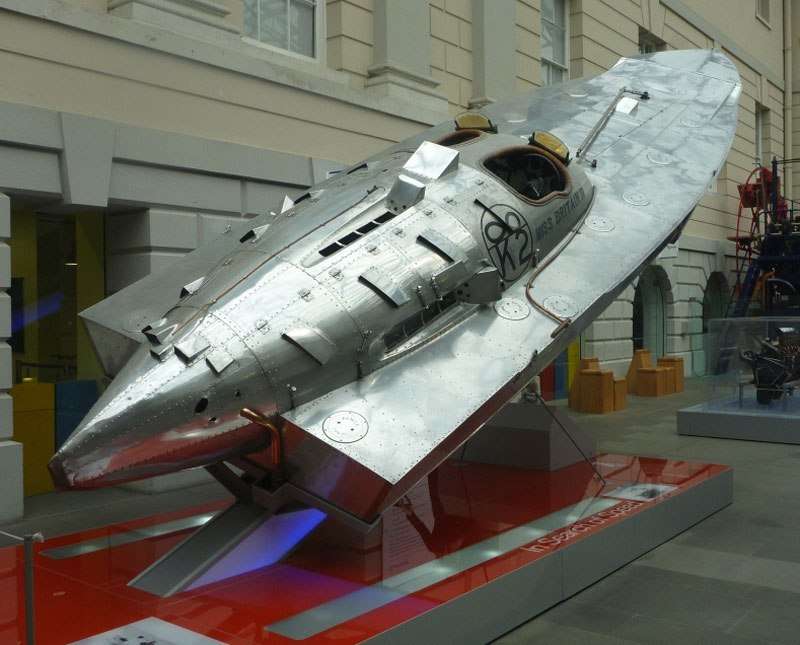 The research work I had been anticipating the most followed during the week, three separate visits to inspect collections of Indigenous watercraft material. I first travelled by train to Oxford to meet with a curatorial assistant Zena McGreevy at the world famous Pitt Rivers Museum. Here I was able to view and handle under supervision five models of watercraft, all quite old. Three came from the collection of Sir John Franklin when he was governor of Tasmania in the 1840s. A sixth model was on display, behind glass, but easily viewed, a bark canoe from the Alligator River in the Northern Territory. The final item came as a surprise; it was a full size Tiwi Island bark canoe, down from display in conservation, and a candidate for the ARHV. The museum is spectacular, especially when you come in through the back door via the research rooms, and suddenly enter a hall packed with ancient artefacts from around the world. 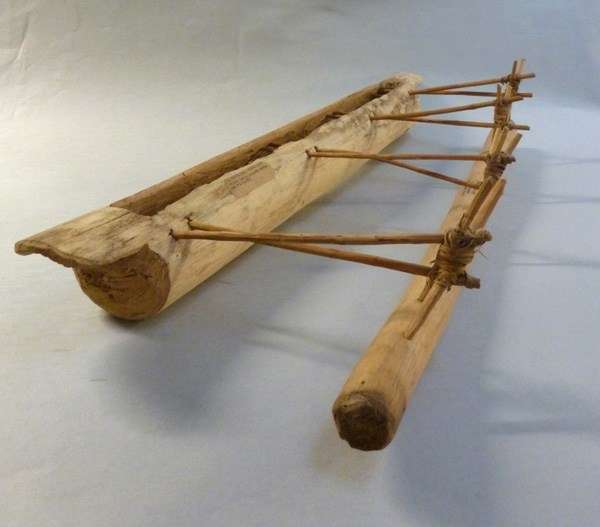 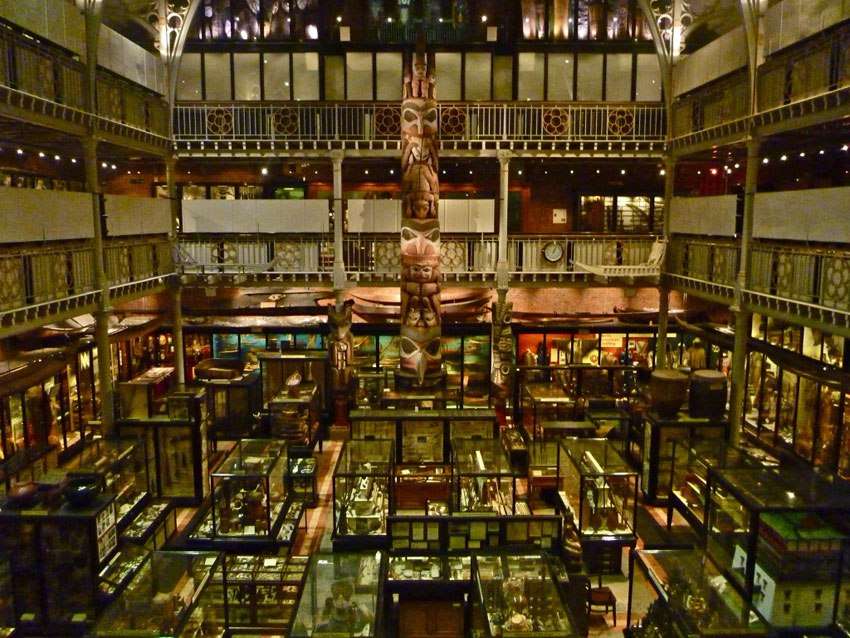 I then went across the Cambridge, and the following day spent hours with Rachel Hand, Collections Manager & Curatorial Assistant (Anthropology) at the Museum of Archaeology and Anthropology viewing, photographing and discussing fishing spears, nets and associated items, plus one small model. This was another hands-on visit too, all under supervision, where we exchanged thoughts on the weight, balance and detail on the spears, unravelled nets to get an idea of their size, and focus on their delicate construction. It was terrific exchange of information, and we also repacked a number of items that had not seen the light of day for years, and needed new and better support material.  A practical visit all round. My final visit on the day I left was a morning at the British Museum Ethnography Store in east London, 30 minutes’ walk from my hosts in the Barbican. Here I inspected more models, examples of outriggers from Torres Strait and Cape Melville in Queensland, an excellent Tasmanian rolled bark canoe, and saw a wide range of pictures of two full size craft in storage, waiting to be moved, but also waiting for possible inclusion on the ARHV.  Two paddles were a highlight as well. Thanks to assistant curator Jill Hassell for organising this visit.

Overall the time spent was rewarding with a report well received and a sound plan to move forward on for the International Historic and Traditional Ships work, excellent research on indigenous watercraft, and vital connections made with people on the opposite side of the globe, sharing the same interest for historic vessels from all periods.

The British weather did itself no favours, it was bleak and miserable for the most part, cold and snowing on the weekend in Greenwich, turning to light rain as I headed north of London, then finally the sun appeared on the last day, a bit late for my timetable. It did not stop me getting around, and in Cambridge the 10.30 am start at the museum gave me time beforehand to take out a punt and pole myself along the river Cam, early morning,  barely  3 degrees and misty. Funnily enough, no one else was out that morning, but I’ve ticked off that watercraft experience and from a research perspective gained an interesting comparison to poling my Indigenous bark canoe. 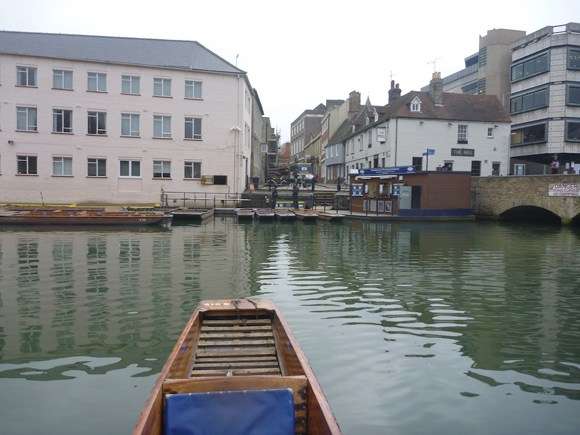 View of the River Cam from the punt.

Images have been taken by David Payne unless noted.