I have always been an avid reader, the type of kid that disappeared at Christmas to read the books left by Santa or being told turn off the light and sneaking a torch under the covers just to read just a little bit more. 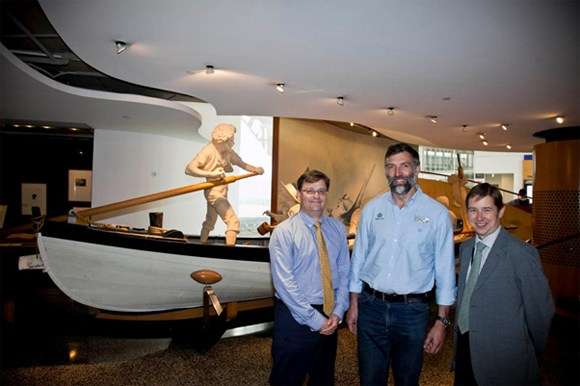 As I have gotten older my love of a good story hasn’t waned, just adjusted to my busier life so it takes an extraordinary tale to keep me turning the pages late into the night. It really doesn’t surprise anyone who knows me that I work in a museum surrounded by thousands of stories.

One adventure that has recently kept me up to the wee small hours is Shackleton’s boat journey written by a New Zealand ship’s captain FA Worsley, originally published in 1940. The most incredible thing about this book was that it was a factual account of the Ernest Shackleton’s expedition to Antarctica, and the journey undertaken to save the lives of his men after the ship Endurance became stuck and crushed in the ice in the Wendell Sea on his way to Antarctica.

If I had been given the narrative without knowing a little of the background, I would have thought it was an amazing story full of heroism, determination and leadership. However, as part of my research the book provided a compelling and valuable insight as to conditions the men endured. Written today, editors would have labelled it not believable and a work of fantasy, nobody could survive in the conditions they endured (certainly not me, give me a tropical island any day). But of course, just to prove my thinking wrong, Australian environmental scientist and adventurer Tim Jarvis and his team have just recreated the sea and land crossing Shackleton undertook in his traditional gear.

I came across the Ernest Shackleton expedition and polar explorers late last year when I was asked to write some educational resources to support Tim’s re-creation of  Shackleton’s expedition. You could say that was a fascinating process for me to explore the history of the original expedition, collaborate with Tim’s Shackleton Epic team and to have access to some of their amazing images of Antarctica. (Antarctica is now moving up on my list of places to travel to one day if I can just get around the, it’s freezing issue).

I’m conscious of not spoiling the whole story to those uninitiated with the tale and to always leave your audience wanting more, I will finish here with a link to Shackleton Epic webpage. For teachers interested in the education resources they can be found on the museum’s teacher resources webpage.

View all posts by Anne Doran→
Posted in: Arts and Culture
↑