Like nocturnal animals, they come home as dawn breaks, find their haven to sit out the heat of the day, and then head back out as the day cools into the evening. That’s one day’s pattern in the life of a cruise ship that comes to Sydney. 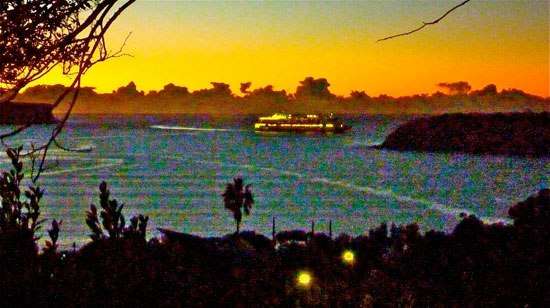 Dawn breaks. Sneaking in through the heads, lights ablaze, beating the sun still chasing it from under the eastern horizon, the cruise ship picks up its pilot and silently, unnoticed by most of Sydney still sleeping. It glides down the western channel, past Bradleys, Fort Dennison, under the bridge at a crawl, hard to port and a sideways slip routine, sometimes helped by a tug, has it berthed at the Barangaroo terminal before 7am.

Sydney stirs. The insomniac swimmers, paddlers, yoga classes, runners, boxers and walkers (me) are joined by the rest of the yawning workforce,  but the passengers have already begun disembarking, some are back home and feed into the line of taxis, others spill out onto the Hungry Mile and dissolve into the city. But many are here just for the day, or more precisely, the next  eight hours, the turnaround is fast. Your time starts now – the Rocks, breakfast, Opera House, coffee, Bridge, lunch, Maritime Museum, more coffee – back to the ship. 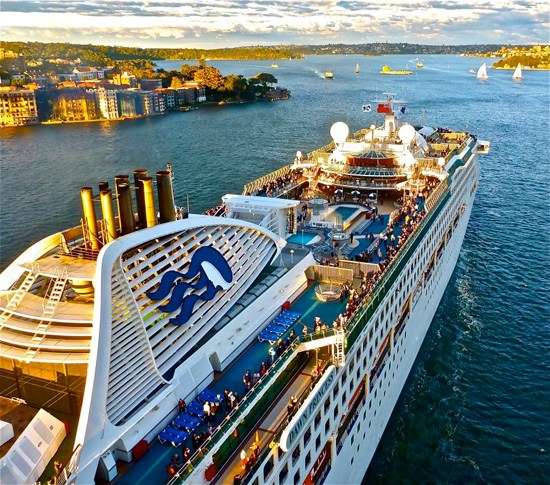 Meanwhile at the terminal things are not idle. Warped to the shoreline, with anti-rat plates that glisten in the sun like mirror balls at the disco, the ship defers to an army of trucks, forklifts, crew, painters, dockers, security and customs officials as they get on with their roster – the ship is tended by all. Stuff off, stuff on, new passengers cleared aboard, old ones cleared out, rubbish removed. The onlookers get their fill too.

A booming blast from the ship’s horn just after 4.30pm shakes the Macquarie building windows again, then works through the western streets and skyscrapers. Our vessel has woken, and parts company with land, once again sliding away sideways, then with a pirouette to the rear, its pointing the right way. Ahead all and the pilot begins a well trodden path out of Sydney. Passengers throng the deck edges, the top deck movie screen blast out like Rage on Sunday morning – it’s unstoppable now.

Hard to starboard at the Point, then straighten onto course and aim to pass under the centre of the bridge span.  The pilot and ship have the floor, the harbour is theirs. Ferries hold back a little or scuttle behind giving way to their big, big sister. It looms out under the bridge, towering over the shoreline. 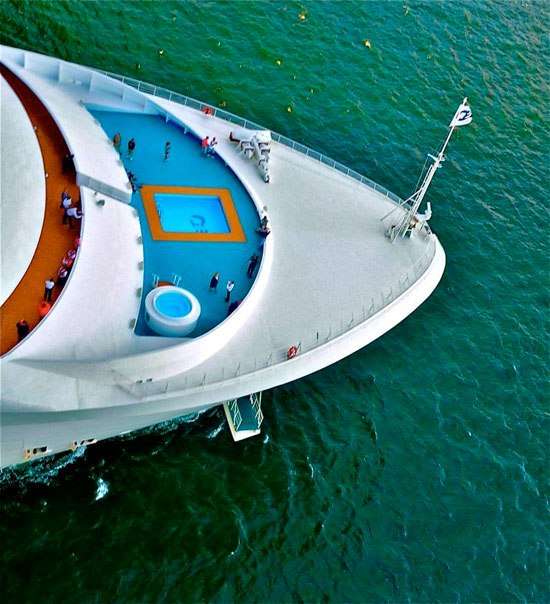 Adjacent to Fort Dennison a few degrees to port is demanded by the pilot, maybe a last nudge from a tug helps it around, and speed picks up a little more, but the leash is held tight for a little longer as it turns through 90 degrees to the north at Bradleys Head.  As it heads down the harbour, pleasure craft scatter either side like loose lolly wrappers in the wind, then it’s another turn, 90 degrees to the east and there’s its true home – the open ocean. The clichés keep up as it heads out to sea – midnight and under an inky sky dotted with stars the white princess passes a sister coming in for its turn – they pass like ships in the night…