Today is the 100th birthday of one of the museum’s oldest friends – in several senses. Happy birthday to Carl Halvorsen, of the famous Halvorsen boatbuilding dynasty. 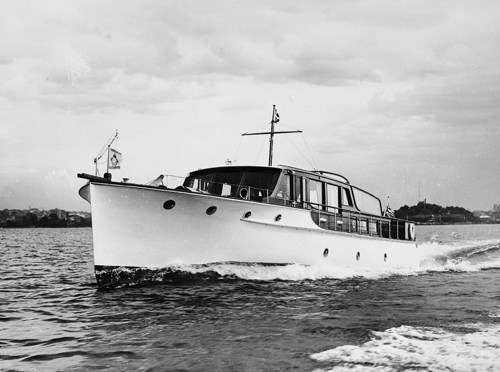 The Halvorsen name is best known for the elegant pleasure cruisers that the family designed and built in their Sydney boatyards, and for the fleet of Halvorsen hire boats that operated on Pittwater and the Hawkesbury River for many decades, providing happy holiday memories for countless families.

Carl Halvorsen was born on 9 July 1912 in Helle, Norway, into a line of shipwrights and seafarers. He migrated to Australia 1924 with his father Lars, mother Bergithe, four brothers and two sisters. All of them went to work in the family boatbuilding business that would become synonymous with quality and style, producing countless yachts, cruisers and work boats over many decades, including hundreds of military craft during WW2. 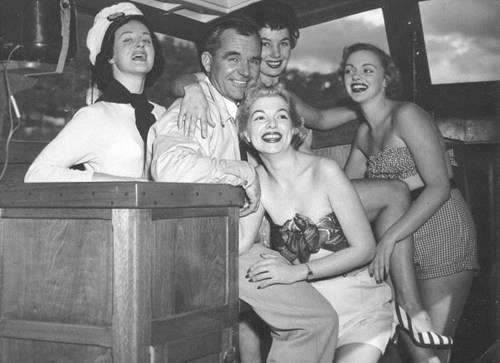 Carl’s working life was spent with the firm, including a period marketing its luxury motor cruisers to Hollywood celebrities in the USA. He married Glenagh Brown and enjoyed a long happy family life with their daughter Verity. At the age of 76 he hand-crafted the masts and spars for the museum’s historic yacht Kathleen Gillett, a Norwegian design that was in the first-ever Sydney Hobart race in 1945, and was restored as Norway’s Bicentennial Gift to Australia in 1988. Carl was a successful yacht racer who skippered 5.5s well into his 90s, after winning RPAYC’s Division 1 series aged 89. 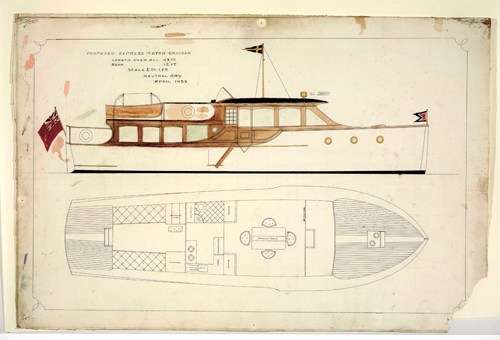 This great Norwegian boatbuilding family’s heritage – and that of its centenarian, Carl Halvorsen – is preserved at the museum in the Lars and Harold Halvorsen Collection, named after Carl’s father and elder brother. This collection contains a treasure trove of design drawings and photographs of the family’s enormous Australian output, as well as shipwright tools and other memorabilia. The family story was told in our 2004-05 museum exhibition Dream Boats and Work Boats – the Halvorsen Story. 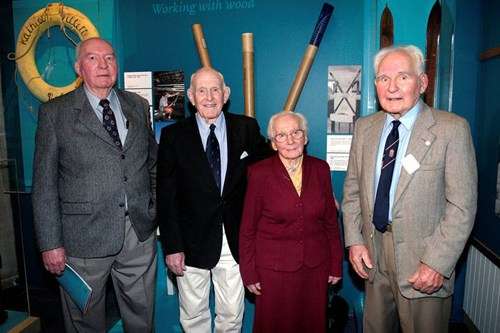 Carl Halvorsen (right) with his siblings at opening of Halvorsen exhibition, 2004