The Dunbar was a 1,167-ton wooden three-masted sailing ship built in 1852 by the English shipbuilders James Laing & Sons at Sunderland designed to carry passengers and cargo quickly between England and Australia.

In late May 1857 Dunbar departed London on its second voyage to Australia, carrying 63 passengers, 59 crew and a substantial cargo, including dyes for the colony’s first postage stamps, machinery, furniture, trade tokens, cutlery, manufactured and fine goods, food and alcohol. After a relatively fast voyage the vessel approached Port Jackson on the night of 20 August 1857 in a rising south-easterly gale and bad visibility. The Macquarie Light near South Head could be seen between squalls, however the night was very dark and the land almost invisible, Shortly before midnight Captain Green – a veteran of eight visits to Sydney – estimated the ship was six miles away from the harbour entrance and ordered the vessel on, keeping the Macquarie Light on the port (left) bow.

Shortly afterwards the urgent cry of ‘Breakers Ahead’ was heard from the second mate in the forepeak. Captain Green, confused by the squalls, and believing the vessel had sailed too far towards North Head mistakenly ordered the helm hard to port. In doing so the vessel sailed closer towards the cliffs instead of the entrance to The Heads and struck the cliffs just south of the signal station at South Head – midway between the lighthouse and The Gap. Within a few minutes the ship had begun to break up. All 63 passengers and 58 of the 59 crew perished in the disaster.

Part of the cargo of the Dunbar consisted of two shipments of stoves from the company Garton & Jarvis of Exeter in Devon, England. One consignment was shipped by Reed & Hawley, Shipping Agents, London destined for Australia and thence to New Zealand. The second was a consignment ordered by William McDonnell, who was connected with the Colonial Stores in Sydney. The total number of stoves on board (packed in sections for shipping and ready for assembly) was in excess of 40. The models shipped included the Medium, Exonian and the Cottage.

What remains of these stoves – still identifiable – are two vents. On assembly a vent would have been fixed to the door enabling the controlled flow of air. 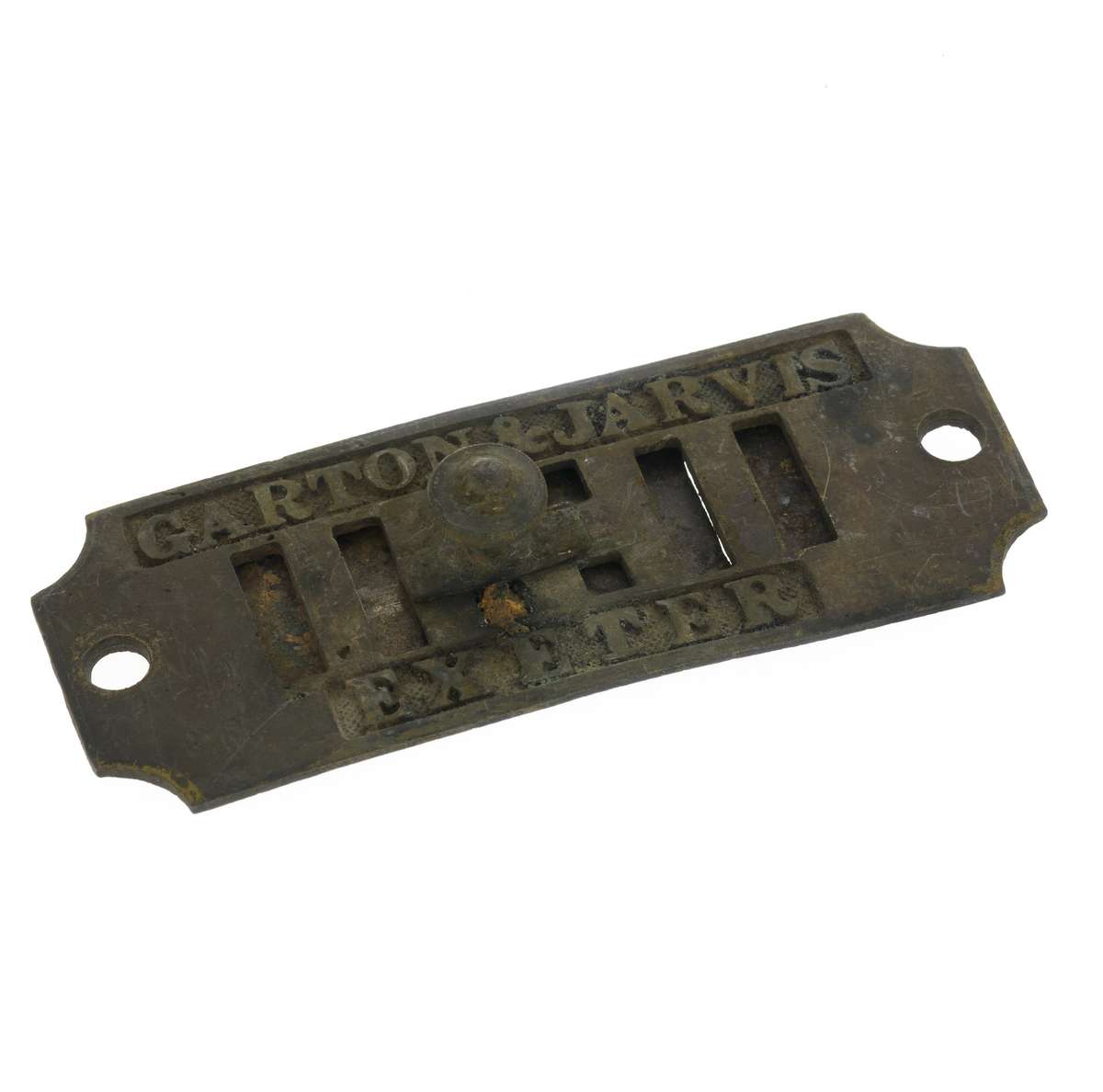 Ambrose Parker Jarvis and John Garton formed the company Garton & Jarvis in 1836 (although the history of the company can be traced back to 1661) and specialised in wrought iron work, gates, railings, fire grates and fire fenders. With the purchase of Kingdom & Sons in the mid-1840s Garton & Jarvis branched out into greenhouse heating, commercial, large domestic and cottage stoves.

At the Great Exhibition of 1851, Garton & Jarvis won two bronze medals for their portable stoves and following a commendation from Prince Albert, who had installed a Garton & Jarvis Cottage stove in his Model Cottage in Hyde Park, they were appointed stove makers to Queen Victoria. By 1857 Garton & Jarvis stoves were being exported all over the world including the Australian colonies.

In 1865 Ambrose Jarvis died and John Gould King joined the firm which was renamed Garton & King. Two years after the name change John Garton died – and a new partner named Munk briefly joined the firm creating King & Munk, but this was not a success, the partnership dissolved, and the Garton & King name was reinstated. 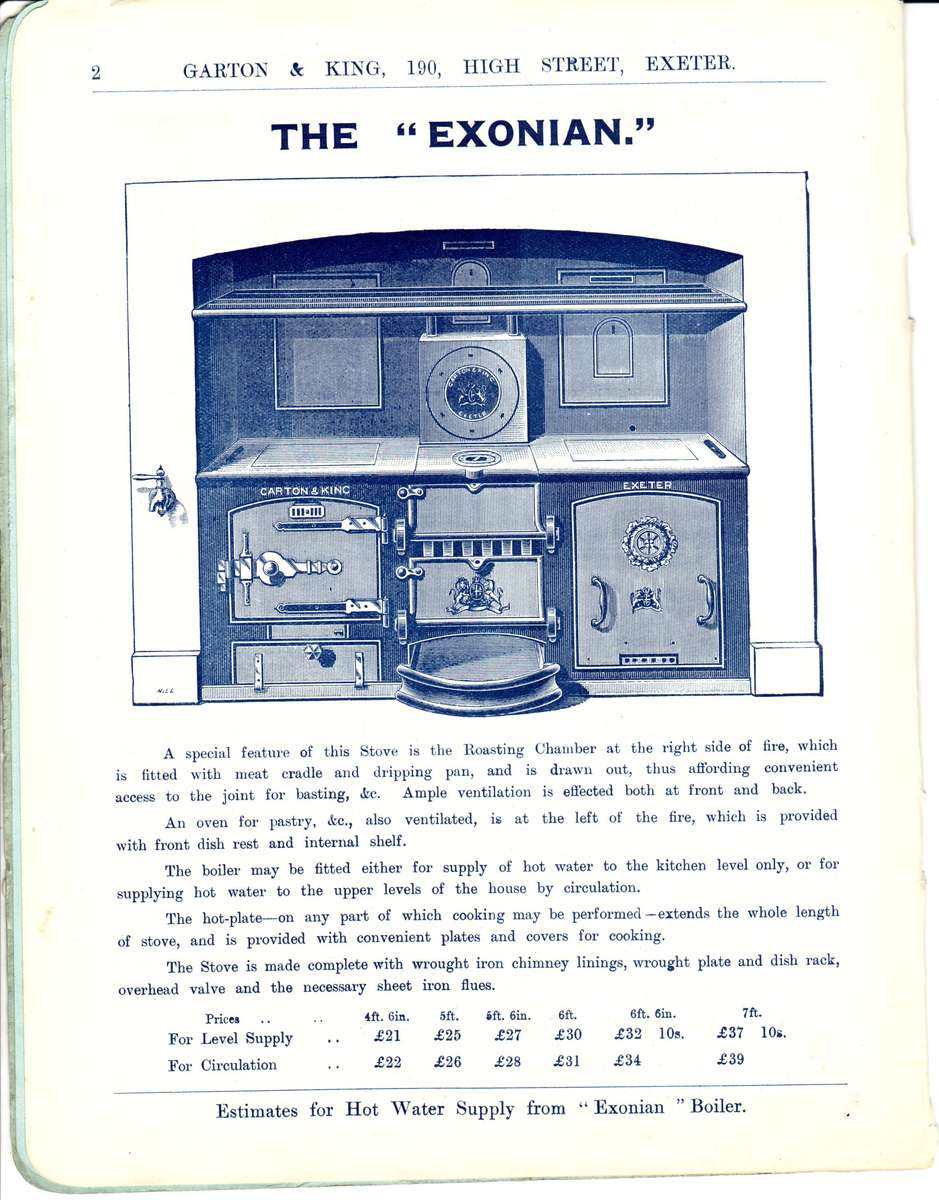 Stoves like this were shipped to Australia on the Dunbar

Garton & King became a limited company in 1925 and the foundry was relocated to the outskirts of the city in 1939. It was involved in wartime manufacture but reverted back to production of municipal castings such as gullies, inspection covers, bollards, lamp standards, gear wheels and pulleys. The production of cast iron ranges declined in the early 1900s although the company became one of the first agents for the AGA cooker in the very early 1930s. The foundry closed in 1990 and following a buy-out continues to trade as it did in Garton & Jarvis’s day under the ‘Sign of the Golden Hammer’. Today it trades as GartonKing Appliances retailing quality kitchen equipment and AGA and Rayburn cookers.

These two surviving vents are tangible links to a company with a very long heritage indeed.

With thanks to Richard Holladay who provided much of the company  information above. The complete history of the company is to be found at www.exeterfoundry.org.uk

View all posts by Lindsey Shaw→
Posted in: From the collection , Maritime Archaeology
↑