From 1788 to the late 1890s, every single immigrant to Australia – convict, assisted or free – shared a common experience they would never forget: a passage under sail in a crowded ship lasting anywhere from 60 to 200 days.

On any voyage, between 200 and 400 people could be crammed into a small ship (sometimes less than 35 metres long) surrounded by a seemingly never ending ocean, day after day, after day. Even though they sailed in an era when things moved at a pace less hectic than now, the length of the passage to Australia inflicted tedium beyond belief.

So what did these reluctant travellers do to relieve the monotony of life onboard these ships? The diaries of emigrants from this period tell us that some simply slept, drank, ate, and slept again. Others played cards, kept journals and wrote letters, read books, drew and painted. Some caught fish, sharks and birds. Others gossiped, fought, consummated, and even ended relations. People held prayer meetings, published ship board newspapers, and produced, directed and acted in plays. 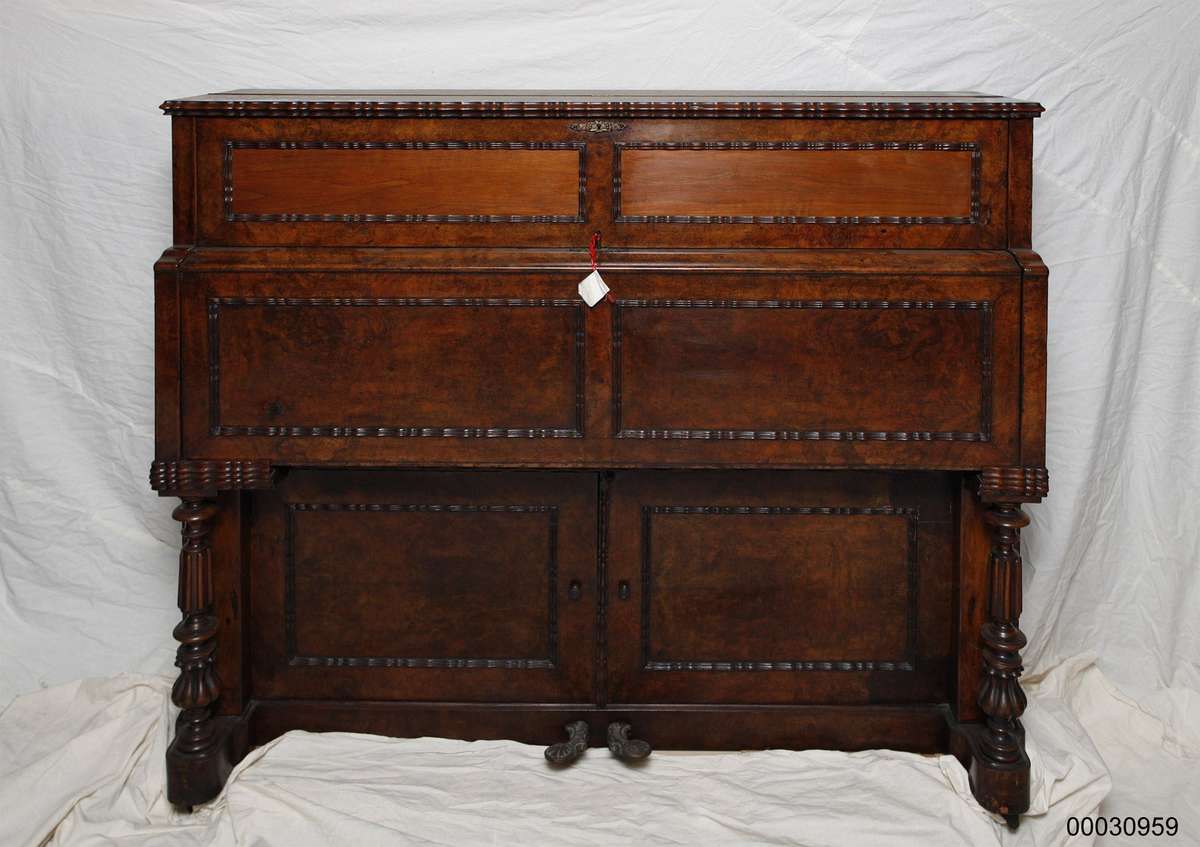 For many, music, singing and dancing would have been a highlight on a lengthy and monotonous voyage. Yacht pianos such as the one featured here were essential ship board equipment during 19th century migration to Australia and have social, historic and technological significance.

This walnut upright yacht-style piano was made by Aucher Freres, in Paris, France. It has a folding keyboard, metal fold down handles on both sides, and metal pedals. Access to the piano strings can be made through an opening below the keyboard, as well as the lift-up top.

Built in various shapes and sizes – grand, barrel, player, square and upright – the piano has undergone a number of significant changes since the early 1700s which reflect the piano’s different uses. Square pianos were musical instruments that were popular for domestic music making from the time of its invention in the 1700s to about 1860 in Europe and 1880 in the United States. Over time the size of square piano increased, and by the mid-1850s they were often larger and heavier than comparable grand pianos.

The increased size and weight of the square and grand pianos made them quite impractical for many homes and a more compact piano – the upright or yacht piano – was perfected by Robert Wornum of London in 1829.

On board some ships – such as the Blackball Line out of Liverpool or those owned by the East India Company – the owners provided bands to entertain the passengers. On board other vessels, passengers were encouraged to play music on the ship’s upright piano, while others would sing and dance along.

For many passengers singing and dancing in the light of the moon would have provided one of the more pleasant memories of the voyage, boosting morale, passing the time, and making the long trip out to Australia worthwhile.

View all posts by Nicole and Penny→
Posted in: From the collection , History and Colonisation
↑