Subscribe Whats On Explore Learn
Posted on 19 Sep 2011 by Nigel Erskine
Apart from a parrot and a peg-leg, no self-respecting pirate would ever be without treasure!Carefully deposited in an iron-bound chest and buried on some convenient island, treasure made the world go round and was the reason for the hard work of all pirates. ‘Pieces of eight’ – those funny-shaped silver coins of Spain’s empire in the Americas – were produced in such abundance over the 200 years that piracy flourished along the world’s great seaways that they are just what you might expect a savvy pirate to collect. 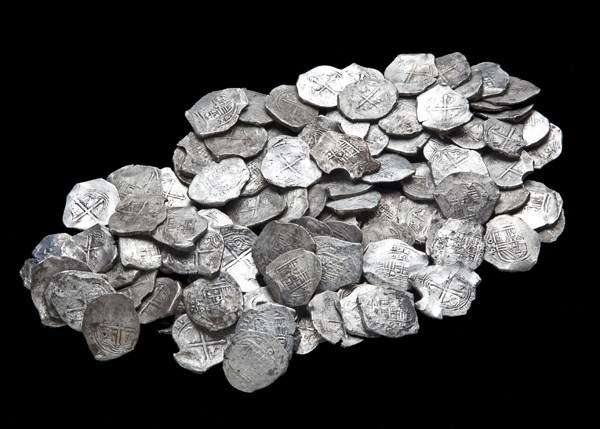 One reason for the enormous number of these coins is thanks to the discovery of a mountain of silver at Potosi in Bolivia which throughout the 16th and 17th centuries produced thousands of tons of silver for Spain. ‘Pieces of eight’ (officially known as 8 Reales) were sliced like salami from a bar of silver, to produce coins of similar weight (27 grams) before being stamped with insignia.  The process was quick but crude, and unfortunately, open to fraud as the rough coins were frequently ‘shaved’ of some of their silver.  Despite this drawback, ‘Pieces of eight’ were produced up until the 1730s when regular-shaped and milled coins were introduced.

The immense wealth of the Spanish Empire was both attractive and vulnerable to pirates, as the great galleons sailed along well-defined tracks and at particular seasons towards the narrow passage separating central and south America.  Packed on mules, the treasure was then carried through the tropical jungle to the Caribbean coast where Spanish ships waited to carry it home. Also waiting were the hordes of pirates, who like tourists today, haunted the balmy islands and convenient anchorages of the west indies. ‘ARRRR captain Blackbeard – what about another mojito while we’re waiting?’ 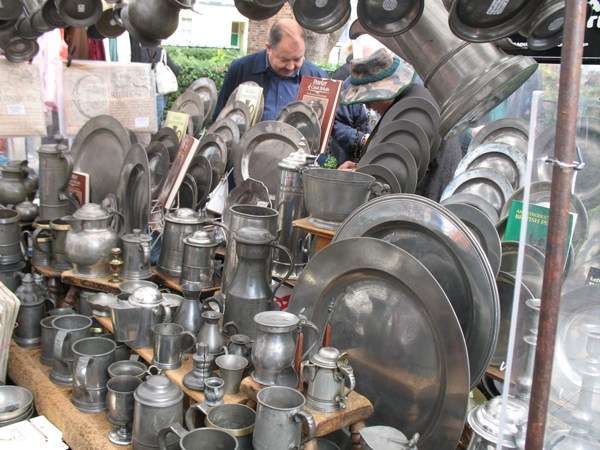 Strictly speaking, piracy involves the unlawful seizure of a ship, but things change completely when war is declared.  London’s famous Portobello Road was renamed (previously Green’s Lane) in honour of Admiral Vernon’s  capture of the Spanish Panamanian port – Puerto Bello in 1739 during the War of Jenkin’s Ear (so named for the English captain Jenkin’s ear which was cut off by a Spanish coast guard). Four years later commodore George Anson became a legend when his ship HMS Centurion  successfully ambushed and took the Manila galleon carrying over 1,300,000 ‘pieces of eight’.

Which brings us back to the picture of ‘pieces of eight’ in the museum’s collection. The coins were recovered by archaeologists from the 1656 wreck of the Dutch ship Vergulde Draeck lost off the coast of Western Australia while enroute to Batavia.  Silver was readily accepted by Asian merchants and all ships trading to the east indies carried silver in some form.

The discovery of the wreck in 1963 led to unauthorised attempts to salvage the silver using explosives, ultimately prompting new laws which continue to protect our underwater cultural heritage.  So you see – you may talk like a pirate, but you don’t need to be one to get up close and personal with this ‘treasure’ from our past.

View all posts by Nigel Erskine→
Posted in: From the collection , Arts and Culture
↑