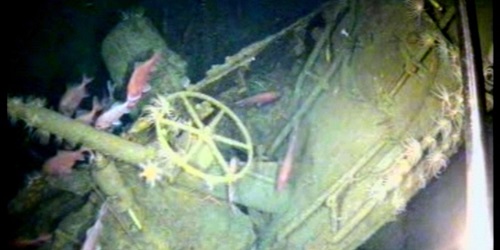 On the 104th anniversary of the loss of Australia’s first submarine HMAS AE1, a report released by the Australian National Maritime Museum today reveals new evidence which may finally solve the mystery behind its disappearance on 14 September 1914.

The Royal Australian Navy’s AE1 was lost at sea with all hands on 14 September 1914 and its fate remained a mystery until its discovery in December 2017 off the Duke of York Island, near Rabaul, Papua New Guinea.

AE1 was the first loss for the RAN and the first Allied submarine loss in WWI but ultimately a tragedy felt by all Australians.


The Report details the findings of a team of experts from the Australian National Maritime Museum, Find AE1 Ltd, Curtin University, independent experts from Australia and the UK who have closely examined high-resolution imagery of the wreck site to piece together what caused the submarine to be lost with all hands. The Defence Science and Technology Group confirmed the resultant hypothesis is consistent with the facts. 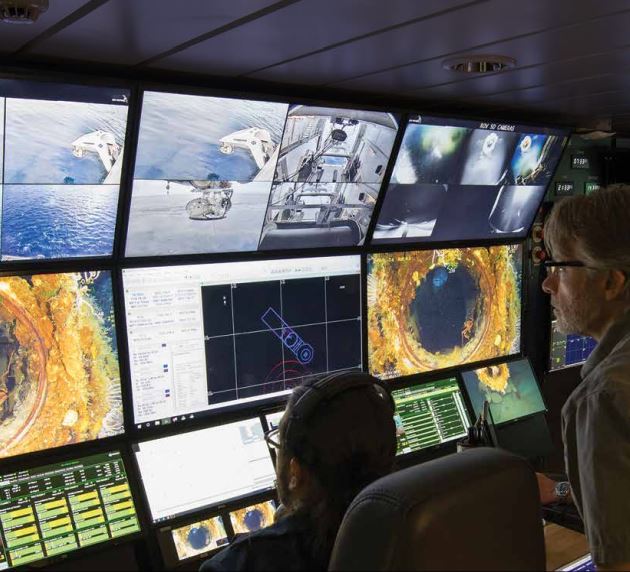 The comprehensive stills and footage were taken during a recent survey by Microsoft co-founder Paul Allen’s research vessel Petrel and coordinated by the Find AE1 team in partnership with the Australian National Maritime Museum, Curtin University, the Western Australian Museum and the Submarine Institute of Australia in April this year.

The team’s analysis of the imagery reveals that a critical ventilation valve in the hull is partially open. The valve should have been closed before diving. When the submarine dived, the partially open valve would have allowed water to flood the engine room which may have resulted in a loss of control causing the submarine to descend below its crush depth of 100m. The resultant implosion would have killed the crew instantly. The reason why the valve is partially open is unknown.

The report also reveals the rudder has broken away and it appears the submarine first landed on it before pitching forward onto its keel, displacing the fin (the vertical structure that contained the submarine’s conning tower) into the wreckage of the control room. 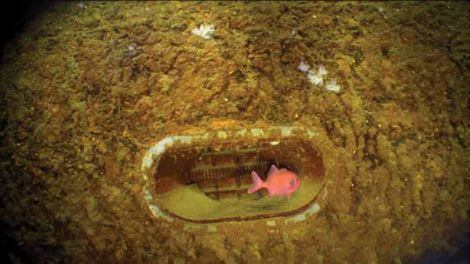 “This report represents the combined efforts of a team of dedicated volunteers made up of retired submariners, maritime archaeologists, naval historians and specialists, who have worked tirelessly for many years to find AE1 and solve the mystery of her disappearance,” said Australian National Maritime Museum Director & CEO Kevin Sumption PSM today.

“We are very grateful to the Papua New Guinean Government, Paul Allen, Vulcan Inc, the crew of RV Petrel and to the many supporters, donors and contributors who have all played a key role in helping solve this mystery and provide answers to the families of those lost,” he said.

The still images of the wreck site have now been developed into a detailed photogrammetric 3D model using techniques developed by Curtin University and the WA Museum, revealing extraordinary detail. The report provides an illustrated description of the current state of the wreck of AE1 together with the detailed archaeological analysis of the imagery collected and resulting expert conclusions on the cause of its loss. 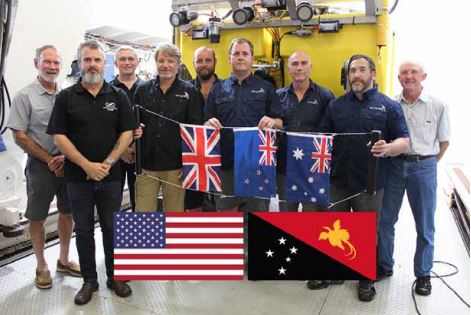 The successful search and follow up examination was led by RADM Peter Briggs, who today praised the team of volunteers who worked steadfastly to find the lost submariners. “We followed in the footsteps of Commander John Foster and others who have searched over the years, spurred on by the patient vigil of the descendants in Australia, UK and New Zealand who have never forgotten their menfolk lost in AE1.  Australians say ‘we will remember them’; today we have done that for the crew of AE1.”

AE1 descendants’ convenor Ms Vera Ryan, grandniece of Engine Room Artificer 3rd Class Jack Messenger, expressed the heartfelt feelings of descendant family members. “We felt that our men had been brought home, to be remembered with their ship mates, the men of AE2; to be united with them as the pioneers of the RAN Submarine Service; the men who established the traditions of RAN Submariners. The tradition of care for and of each other even beyond companionship,” she said.

The Australian National Maritime Museum is currently developing a shipwreck management strategy in cooperation with the PNG Government and the PNG National Museum and Art Gallery. The survey findings will also be used by the museum to tell the story of AE1 and its brave crew, and ensure their service and sacrifice are remembered by future generations.

A memorial service commemorating the 104th anniversary of the loss of HMAS AE1 will be held at the Australian War Memorial today (14 Sep) at 2.00 pm.