Recently I was asked about the relationship between love and migration, which made me think of the Japanese war brides who were the first group of non-European immigrants officially permitted to enter Australia under the White Australia Policy.

In 1952 the Immigration Minister Harold Holt lifted the ban on entry for Japanese wives of Australian men who had served with the British Commonwealth Occupation Force after the surrender of Japan in 1945. Although intermarriage was strictly prohibited, many men had fallen in love and lobbied the Australian government for change. 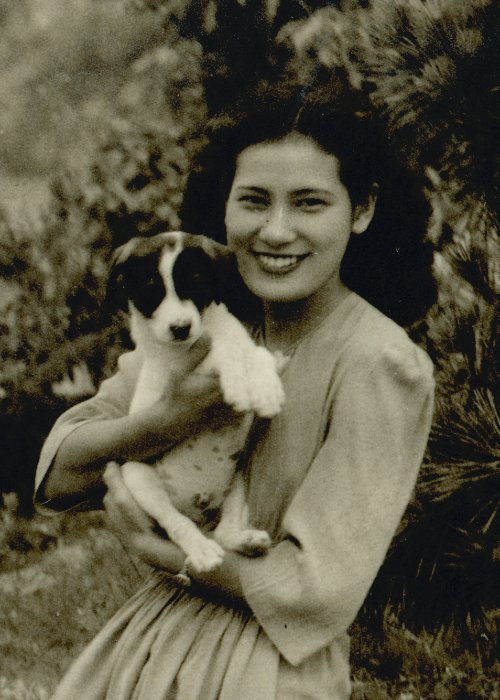 A few years ago I was fortunate to meet and interview Nobuko (Cherry) Parker (née Sakuramoto), who was the first Japanese war bride to arrive in Australia in 1952. Cherry’s arrival paved the way for more than 600 other young women to be reunited with their husbands and was a major step towards ending the racially-restrictive White Australia policy that had been in place since 1901.

Cherry Sakuramoto’s family home in Hiroshima was destroyed by the atomic bomb in August 1945. In 1946, with food still desperately scarce, she took a job as a housemaid at the Australian army camp in nearby Kure. It was here that she met Gordon Parker, a medical orderly from Victoria. Cherry and Gordon’s daughter Jenny describes the meeting:

The first day Mum started on the camp, she was in this room tidying it up, and Dad walked in. So it was the first ‘white person’, as Mum called him, and Mum was the first Japanese person Dad had virtually seen too. Dad was fairly tall, so Mum was absolutely petrified ’cause this big white man has walked in, and she’s cowering in the corner! 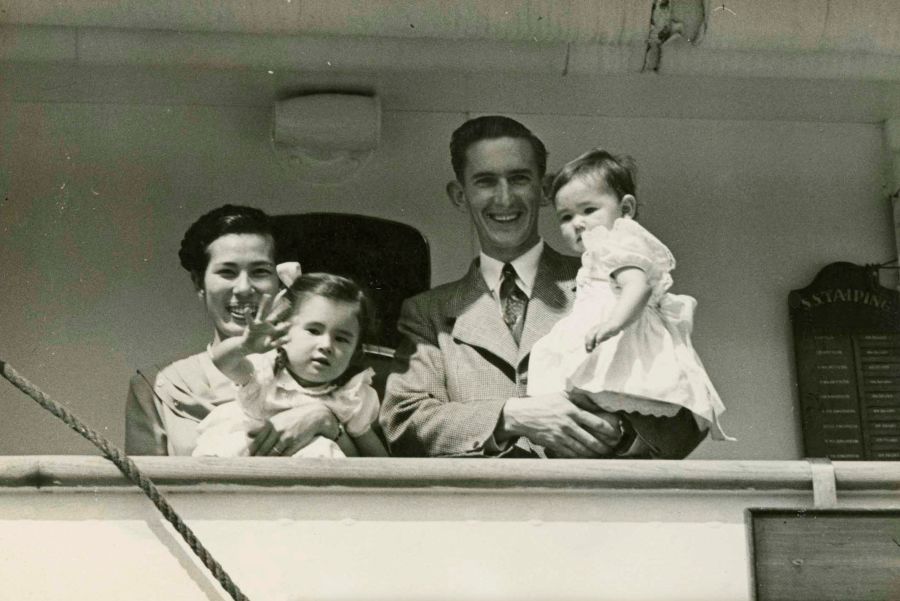 Cherry and Gordon married in 1948 and had two daughters. When Gordon was forced to return to Australia after his army discharge, many of Cherry’s friends believed he would not come back for her. But he did. With the influential support of his mother Mabel, a respected social worker, and father Harry, a former mayor, Gordon campaigned for four years until the Australian government granted permission for his family to migrate to Australia. 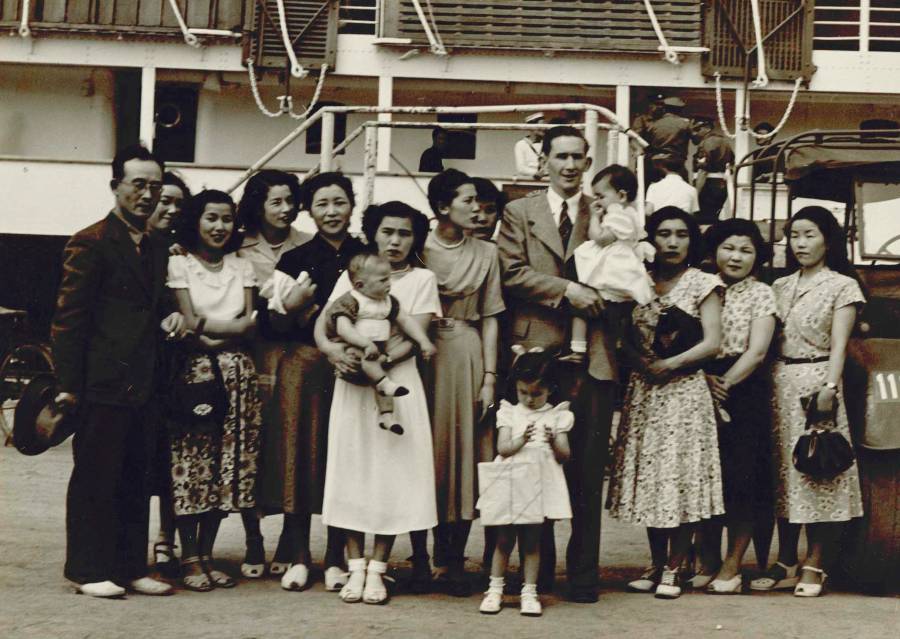 The Parker family departed Yokohama on Taiping in June 1952. Cherry carried a few mementos of Japan, including her daughter Margaret’s kimono and traditional Kokeshi dolls. The family disembarked in Sydney in July and flew to Melbourne, where their arrival attracted much media attention. 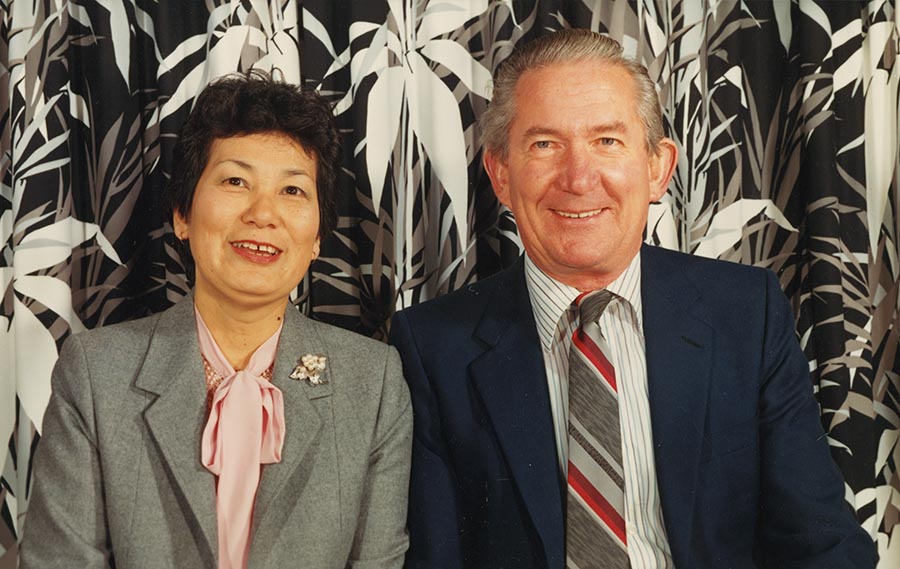 Cherry and Gordon Parker settled in Ringwood and were married for 62 years, raising eight children together. Their story provides a wonderful reflection of the power of love to overcome Australia’s immigration policy.

Of course many women also left Australia as war brides. It is estimated that between 12,000 and 15,000 Australian women married American servicemen during World War II. Recently I was contacted by Meredith Raffel from Cincinnati, Ohio, who wanted to share a story about her mother, June Strandt (Strand) Edelman. June grew up in Mosman on Sydney’s lower north shore and worked as a secretary at Luna Park during the Second World War. She watched the US Navy ships coming into Sydney Harbour and at the age of 17 would sneak out to attend the American officers’ dances. In 1944, June met 22-year-old American sailor Herbert Edelman, who was stationed in Sydney. Meredith says, ‘[Herbert] was leaning against the building one night and that’s how they met. He fell in love with my redheaded mother and Australia’. 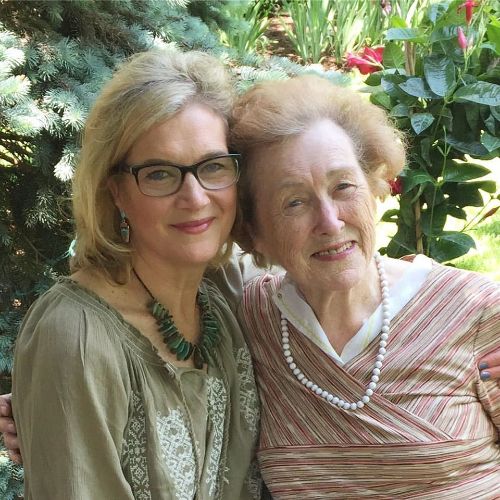 June’s father, Sydney mason Harry Strandt (Strand), gave consent for the young couple to marry – noting that Herbert was the only American he had ever met that he liked! In April 1946, Herbert Edelman traded a packet of cigarettes for a ring, got permission from his Commanding Officer and married June Strandt (Strand). Herbert wired his parents back in the United States to tell them that he had married a nice girl named June. Meredith notes, ‘I doubt his mother was too happy that my father wasn’t bringing home a nice Jewish girl, but rather a 5’10” [1.78 metre] blazing redhead who was funny and full of life!’ 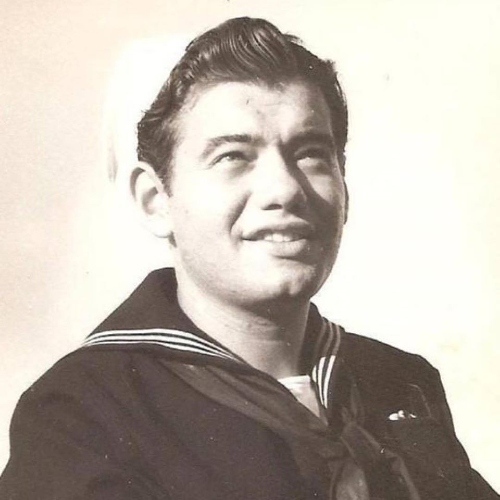 In 1946 June embarked for America on SS Mariposa, the ‘bride ship’ loaded with Australian war brides who shared dreams of love and roads paved in gold. She carried with her a small bag containing just a few dresses, a pair of shoes and a hairbrush. Meredith says, ‘I have often wondered what it must have felt like for my grandmother, watching her 18-year-old daughter sail away to a strange country, to live a life with a man she only knew a short time, and not really knowing if she’d ever see her again’.

Mariposa’s voyage across the Pacific Ocean was a long one, with the ever-present threat of mines in the water. June recalls helping lots of mothers with young children on board, and remembers how they finally got hold of some fresh grapefruit and oranges – only for them to roll into the sea when rough waves rocked the ship. When Mariposa reached California, a measles outbreak forced the passengers to spend three weeks quarantined on the ship in San Francisco harbour. 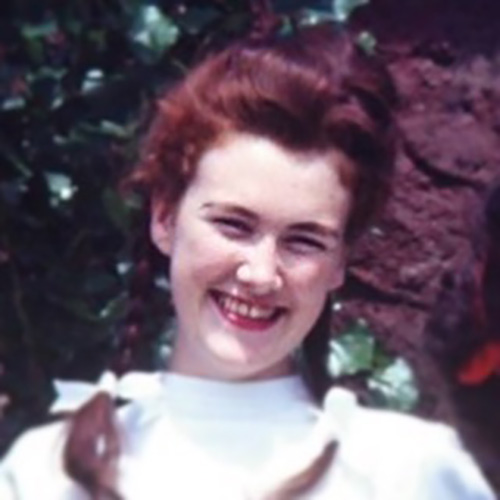 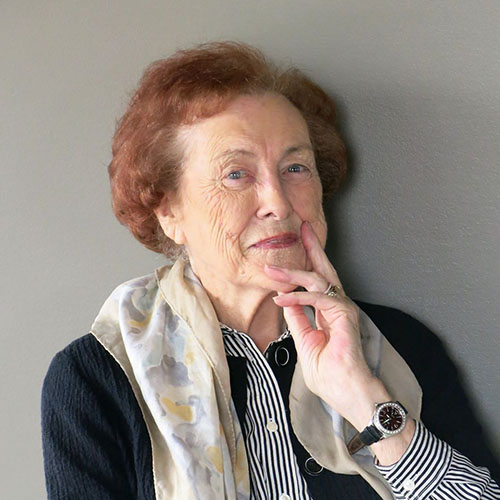 When they finally disembarked, June made her way to the train station and headed eastwards across the United States to enter through Niagara Falls, where she was greeted by her new family. June and Herbert Edelman spent the early years of their married life in Brooklyn, New York. They had three children, travelled the world together and visited Australia 27 times during 50 years of marriage. Meredith states, ‘My father loved Australia as much as my mother does. Their home was filled with memories of Australia. My father ensured that my grandmother made her journeys to America to see her beloved June over and over again. My mother is 92 now and still a beautiful redhead’.

Meredith notes how June’s great-grandmother seven times removed, Martha Burrell-Sharpe, arrived in Australia in 1800 on the convict ship Speedy. Meredith says, ‘She built a life and my mother’s legacy. To think that my mother would leave Australia 146 years later on the last war bride ship to leave Australia, helped to shape my legacy. Thank you for honouring the war brides – no matter where they came from or went to!’ 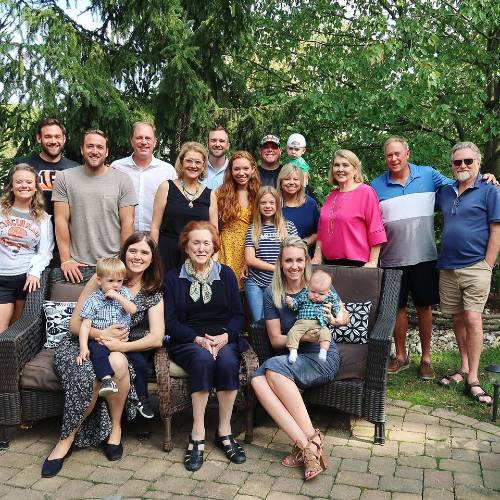 View all posts by Kim Tao→
Posted in: Migration
↑