In May 2012, the museum will host a two day conference called nawi- Exploring Australia’s Indigenous watercraft.  While planning for this event we have connected with many people across Australia who have provided some fantastic opportunities for outreach to the wider community.

Recently I visited two regions to give talks about the craft, show some of my own models and demonstrate materials, and discuss participation in the conference. 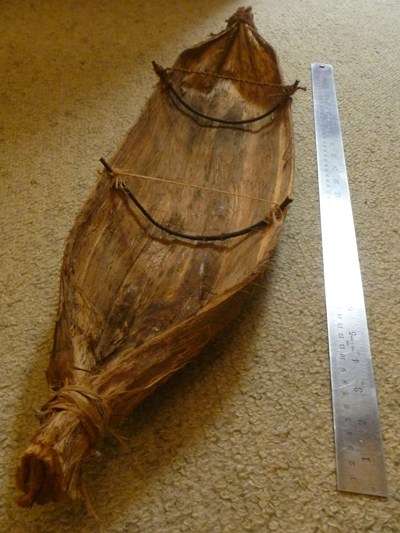 My first visit was in late August to the South Coast of NSW, at the invitation of teacher Jonathon Hall from Vincentia High School, where he teaches the local Dhurga language and other aspects of Indigenous culture. The school and Jervis Bay area have a strong Indigenous community and welcomed the chance to learn more.

It was a long day! Starting at 8.15am with over 170 students involved. The students gathered around a 3.5 metre long tied bark canoe or nawi, and were surrounded by  models, bits of bark and drawings that were there to look at and touch as well. The presentation covered the diverse range of craft, how they were built and used, and how the museum is researching their story. The students eagerly asked questions, passed around the models and bark samples, and everyone wanted to touch the canoe.

The real highlight was the fact the canoe has now stayed at the school. The canoe was given to the school, to hold on behalf of the south coast communities, and will now be available for them to look at and perhaps even use. The canoe was built in Sydney in 2009 by NSW teacher James Dodd, and given to me earlier in 2011. Back in 2010 James and I launched the canoe on Sydney Harbour to the amazement of the early risers at the local Mosman park, and although it had some leaks, it worked very well for short paddles and poling along close to shore. 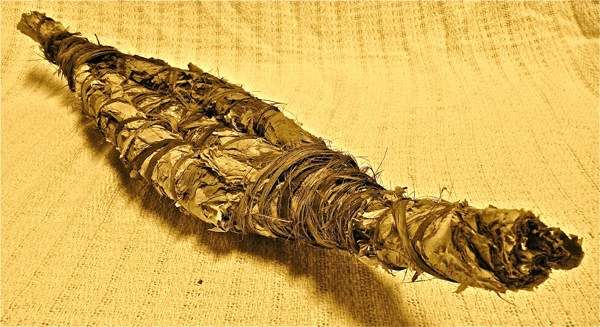 During my visit to the South Coast, I met with Ulladulla Land Council member and NSW State Forests Cultural Heritage Officer Paul Carriage to discuss plans for a workshop on the South Coast. The workshop would see elders meet over two or three days to build bark canoes, then take the skills they have learnt back to their communities and build more with the younger members.  The aim is to reinvigorate the community and bring back a missing tradition and vital part of their culture.

My next visit was to the Spring Bay Maritime and Discovery Centre in early September – with dolphins in the bay, a new canoe and a community celebrating its past. This was another excellent exchange between the museum and regional Australia.  The centre sits on the coast of Tasmanian in Triabunna, just north of Hobart, and the presence of Maria Island offshore is one of the dominant features. There is thought to have been almost 40,000 years of Indigenous occupation of sites on the island, which in more recent times was only accessible by water.  The rolled bark canoes that were used to cross over to the island are unique to Tasmania and were made by the local community from reeds and bark. 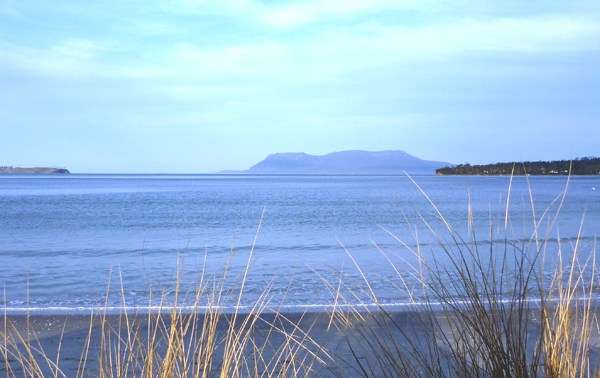 The Spring Bay Centre has only recently opened, and ANMM assisted with advice on one of their exhibits featuring parts of an early wooden craft found in a riverbed, which probably came from the first decades of European settlement in the bay.  However, the centre realised that the true origins of local vessels were the Indigenous canoes. So, consultant and vice president Sue Atkinson formed a plan to build a canoe that would be the centerpiece for a display on the Indigenous community and their stories for Spring Bay and Maria Island.  Colony47 assisted with the project that saw Indigenous mentors working with younger community members to build a canoe from local materials. It was a huge success; they even took it to a field day further north and launched it in a lake where they paddled it around. The canoe is now housed inside the centre. 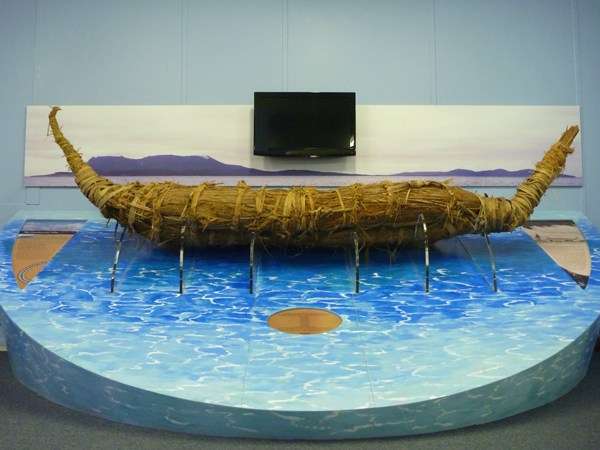 At the kind invitation of the centre, I officially opened the exhibit. I also made two presentations on the bigger picture of Indigenous watercraft to over 100 visitors A highlight was to show my model of a rolled bark canoe, made using melaluca bark. Watch out for more models being made by some of those present!

While in Tasmania, I also caught up with TMAG Indigenous Collections curator Tony Brown, and his brother Buck who was a mentor in the Spring Bay canoe building project. I’d first met Tony and Buck when building a canoe in 2009, so it was good to talk about how the craft had developed as they made more, and how they and others could contribute to the forthcoming conference with a presentation on their various projects, and even a demonstration of techniques.

What a great experience… Two visits, over two weeks, with two communities showing a wide appreciation of their own watercraft and where they fit in the big picture of Australia’s wonderful range of original Indigenous watercraft.

For more information about the nawi conference, please visit our website. Call for conference papers, presentations and demonstrations now open, until 31 October.