How do you get to Antarctica and the Southern Ocean?

Antarctic research and resupply voyages depart Australia each year during the Antarctic summer (October to February). 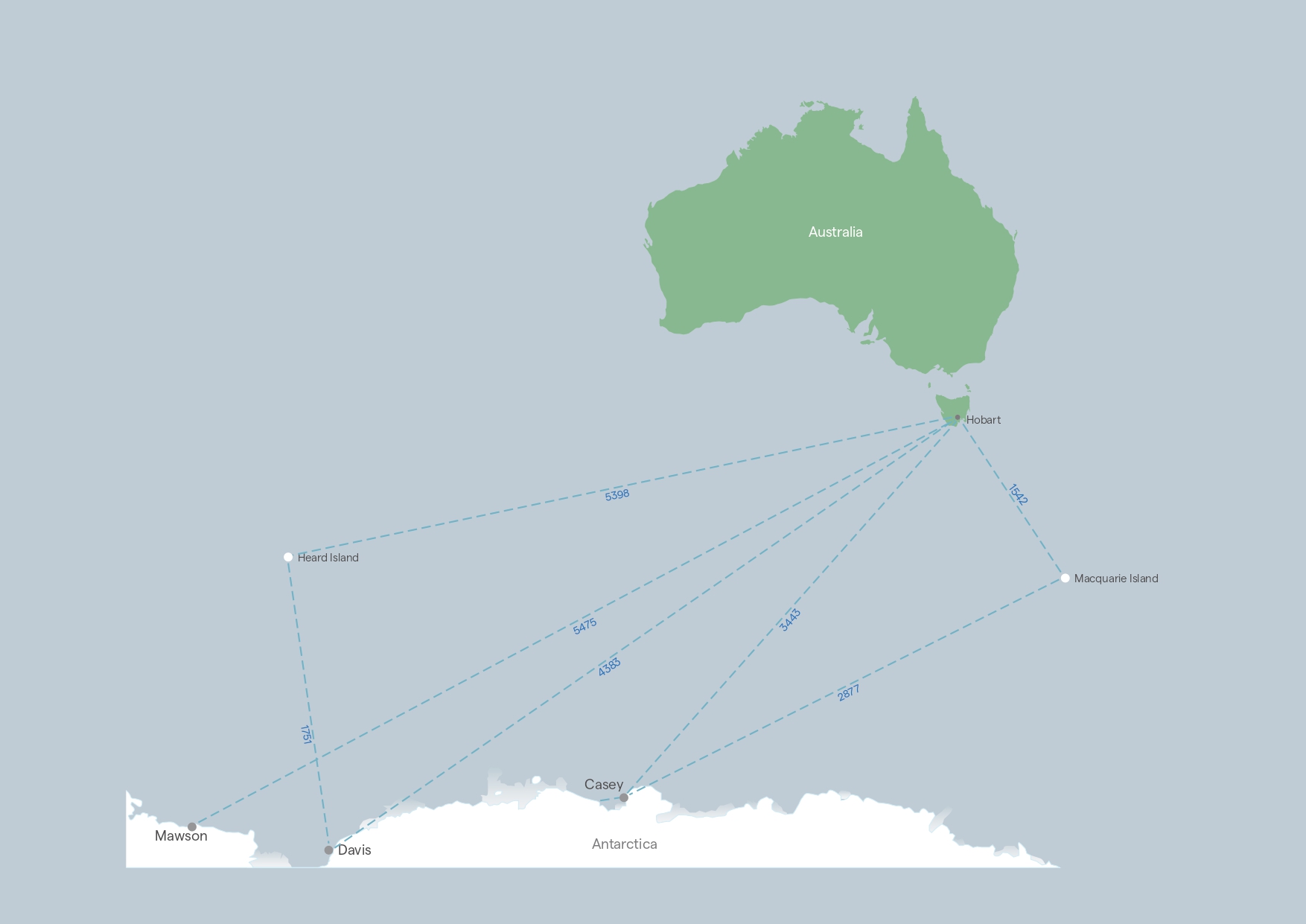 An example of routes from the Australian mainland to sub-Antarctic islands and the Antarctic continent, with distances noted. While a commercial tourist vessel can make it from Hobart to Antarctica in 10–14 days, research voyages can take longer, because they are often undertaking research on the way down and back.

How much is Australia's responsibility?

Nobody owns Antarctica. The icy continent is managed by an international agreement called the Antarctic Treaty (1958).  There were 12 original signatories to the Treaty, including Australia, who agreed to oversee, study and protect all living and non-living resources on the continent and within the adjacent Southern Ocean (all waters south of 60o South latitude).

Australia has the biggest piece to care for. 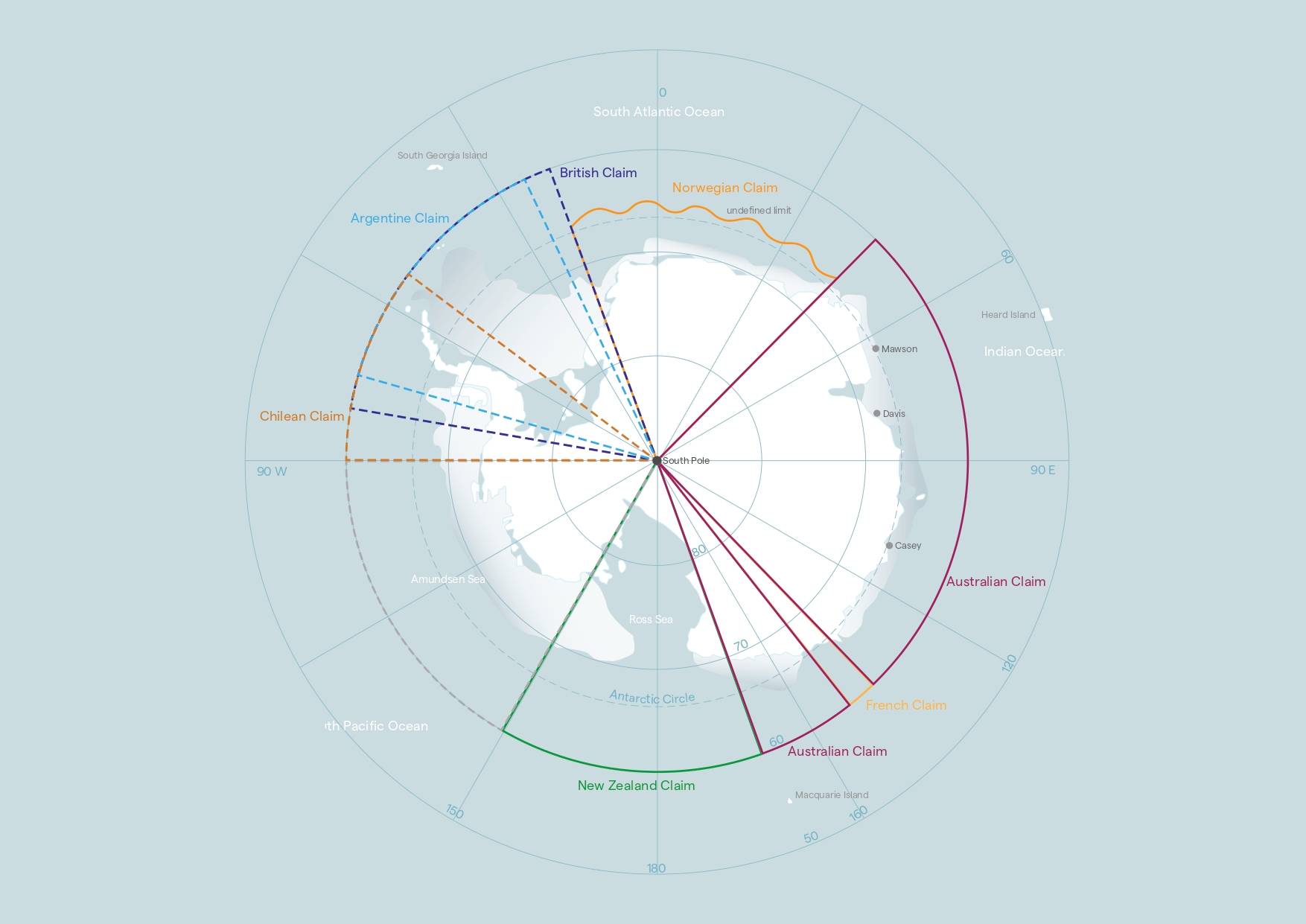 The Australian Antarctic Territory covers all land and water between 60° South latitude to the South Pole and between longitudes 160° and 45° East, except the French territory of Terre Adélie (between longitudes 136° and 142° East).

What does the Australian Antarctic Program do? 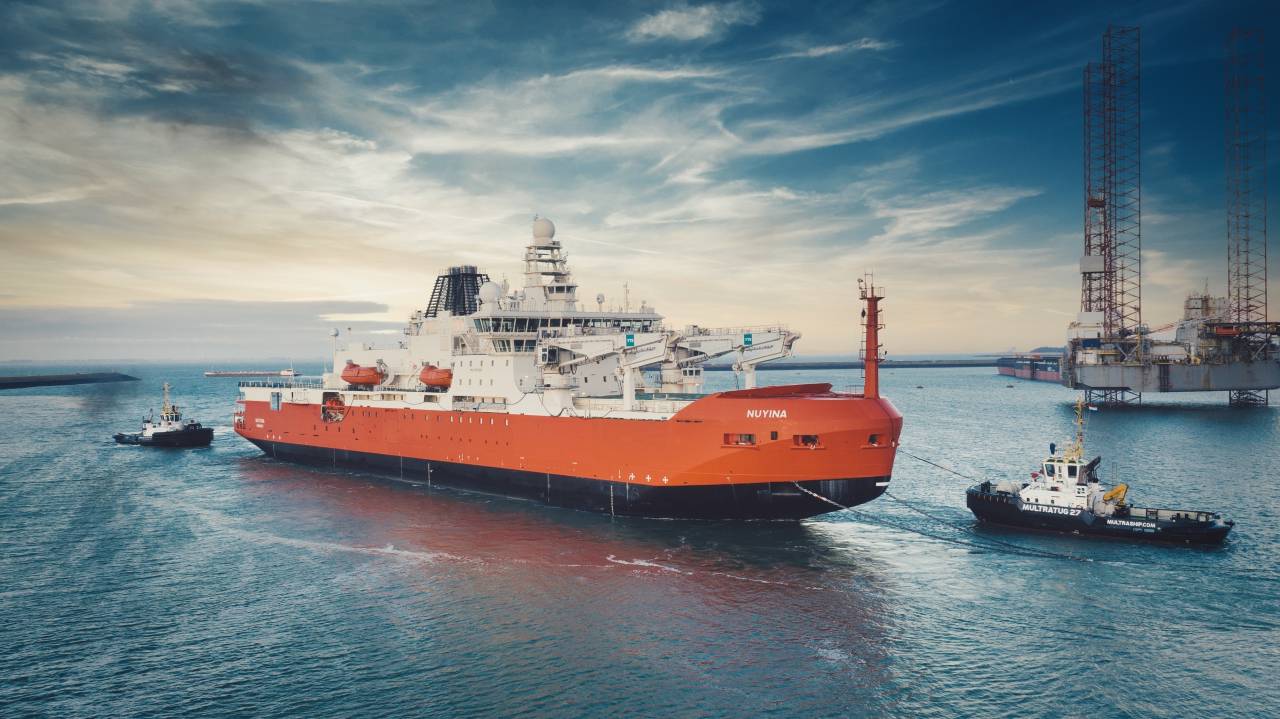 How will RSV Nuyina support the Australian Antarctic Program?

Nuyina has unparalleled scientific, cargo and icebreaking capability to explore one of the last frontiers on Earth. It will be the workhorse of the Australian Antarctic Program during its 30-year life span, capable of resupplying more than one station at a time, with capacity to carry 117 expeditioners, 32 crew, 1200 tonnes of cargo and 1.9 million litres of fuel.