The CLS Series of Lightships including CLS4 were designed by Messrs David & Charles Stevenson of Edinburgh, Scotland in 1915. They were the fourth generation of the same family who had pioneered the design and construction of lighthouses and associated items around Scotland the UK. The family was world renowned for their work, and many of the structures are still extant and operating.

The vessel was built at Cockatoo Island Dockyard in 1917, and was one of a series of four lightships numbered CLS 1 - 4. CLS4 spent much of its time in the Gulf of Carpentaria, hence the name CARPENTARIA emblazoned along the side, but was last stationed in the Bass Strait oilfields serving as a traffic separator. The lightship was retired from service in 1985, and now finds its home at the maritime museum.

It originally used an automatic acetylene light with a sunlight-operated valve to turn it on and off. Painted red with its name in huge letters on the side, it was easily recognisable to navigators.

The light on CLS4 was powered by a six-month supply of acetylene gas held in tanks. The flow of gas, which was ignited by a pilot flame, was controlled by an automatic mechanism to produce the characteristic code of warning flashes. A warning bell tolled with the rolling of the ship.

The lightships felt the fury of the sea and were frequently rotated between pairs and returned to port for maintenance.

Lightships are floating lighthouses placed where a permanent light is impossible to build, to warn ships of hazards and to act as navigational aids. Shoals and shifting sandbanks which often lie out to sea and may be submerged at high tide present a very real danger to shipping. Outcropping rocks that defy the construction of a lighthouse on them can only be marked by floating lightships or buoys.

A lightship like the Carpentaria usually has no propulsion of its own. It is taken under tow to its position at sea or to return to port for maintenance or repairs. The machinery space is instead used for equipment to run the powerful light for months at a time. Lightships of the 19th century had cramped accommodation for the crew who operated this gear, but automation in the early 20th century led to unmanned vessels.

Lightships are given distinctive features to make them easily recognisable to navigators by day, for example the name of the ship painted in huge letters on its side. By night each lightship has its own code of flashes. The museum’s lightship was transferred from the Department of Transport. 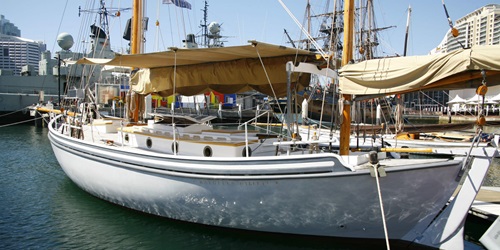 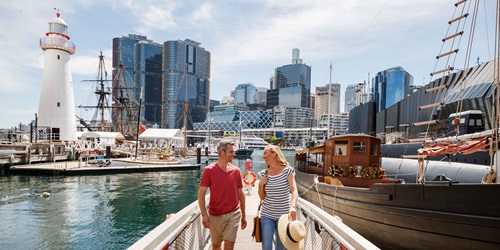 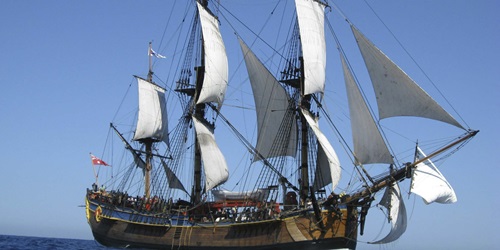