The oldest vessel in the collection, Akarana was built in Auckland to compete in Australian regattas 1888-1889.

Akarana is the museum's oldest vessel and is a rare example of a deep, narrow, heavily ballasted racing yachts.

Akarana was built in Auckland to compete in Australian regattas in 1888 and 1889, and is a a fine historic reminder of the friendly and often fierce sailing rivalry between Australia and New Zealand.

Akarana (Maori for 'Auckland') won its race in 1889 Anniversary regatta with a first prize of 20 pounds and 3 cases of Moet & Chandon Champagne. It stayed in Sydney for the next 100 years, then was rebuilt in New Zealand and presented to Australia as a bicentennial gift. In 1997, the museum completed the restoration of Akarana to its 19th-century specifications and glory.

When launched, Akarana was patriotically given the Maori name for Auckland, presented with the burgee of the Auckland Yacht Club and packed off to Melbourne by steamer, accompanied by Logan, his skipper Jack Bell and crew. Other New Zealand yachts had previously fared well in competition on Hobson's Bay, and Akarana's arrival created great interest in yachting circles. In races that were composed of only 5 or 6 entrants, Akarana was competing 'for the honour of New Zealand' against yachts and crews from Melbourne, Sydney and Tasmania. The fine-lined, extremely narrow yacht raised expectations by beating the centreboard yachts of the St Kilda Yacht Club in a challenge race before the Regatta.

Rated at 7 tons with a 5 ton (5.1 tonne) lead keel, Akarana then beat Cooeeana, Madge, Galatea and Pert to first place in the 5-10 ton class race for keel and centreboard yachts. In rougher weather Akarana trailed the fleet when racing against yachts of a similar length, and yachting commentators said that Akarana was more suited to smooth water and light winds.

Robert Logan then took his yacht to Sydney to compete in the National Regatta on Anniversary Day, January 1889. Skippered by Dick Hellings, Akarana won the principle event of the day, an open race for the first prize of 20 pounds and three cases of Moet and Chandon champagne, beating Sydney yachts Assegai, Sirocco and Iolanthe. Logan then sold Akarana to Sydney chemist John Abraham who sailed with the Royal Sydney Yacht Squadron.

The yacht remained in Sydney for the next 100 years, passing through several owners and many changes. These included progressive reduction of the rig, loss of the lovely counter stern, and modifications to the keel and rudder resulting in shallower draft and much-reduced ballast. The original lead keel was removed in the mid 1920s, and not replaced until a smaller section of lead was added in the 1950s.

Akarana's speedy reconstruction in New Zealand, to return the yacht to Australia for the 1988 Bicentennial celebrations, allowed little time to research its former configuration. The stern was rebuilt but the underwater body remained in cut-down form. During its first 10 years at the museum Akarana lacked stability and was unable to carry full sail.

The yacht was taken from the water in 1997-98 in a year-long project to return it as close as possible to its original design. Intensive research into designer-builder Robert Logan's work and 19th-century yacht-building practices, plus records and oral histories of Akarana's century in Australia, was combined with analysis as the modified lead keel, rudder and other structures were removed. All provided clues about the original configuration.

With a new 5-tonne lead keel, with deadwood and rudder rebuilt to a deeper and more efficient profile, plus adjustments to the spars and sails, Akarana returned to the water with greatly improved sailing performance. This was the first such major research and restoration project undertaken by the museum, and for a year it allowed visitors to the South Wharf to view 19th-century shipwrighting at first hand. 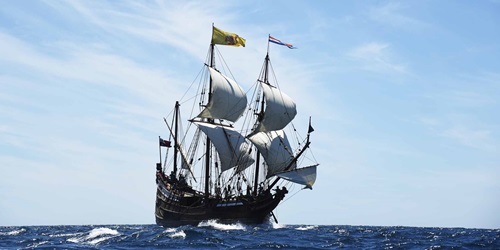 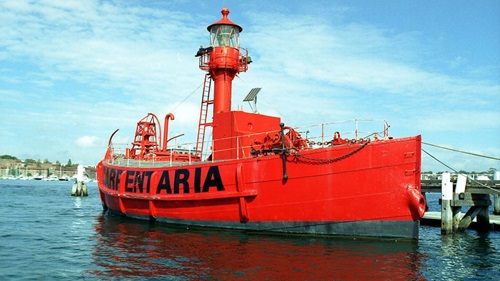 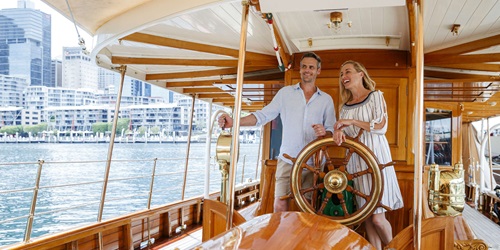