Celebrating 150 years of the Maritime Union in Australia
One of the museum’s iconic treasures, the Wharfies’ Mural is on display now for the first time. It is a window into the cultural movements that occurred among workers on the waterfront during the 20th century, and a reminder of their significant role in broader Australian politics and society.

IN THE EARLY 1950s, a group of workers at the wharves of Sydney’s Darling Harbour decided to paint a mural. But this wasn’t just an artwork to decorate their lunchroom walls and liven up the time spent indoors when rain stopped work. It was a mural designed to reflect the struggles, victories and aspirations of their fellow workers.

In 1872, the first trade unions representing waterside workers were formed in Port Adelaide, Sydney and Port Melbourne. By 1902 these state-based unions had joined to form the Waterside Workers’ Federation (WWF). During the first half of the 20th century, waterside workers around Australia campaigned for and won important wage and work conditions.

The WWF became a national trade union under the leadership of future Australian Prime Minister William ‘Billy’ Morris Hughes, who negotiated for an agreement with employers for general uniformity of wages and conditions among shipping companies. The WWF Sydney Branch was subsequently established at 60 Sussex Street in the city.

The waterside workers’ canteen at the time was right in the heart of the busiest docks and wharves in Sydney. This area is now known as Barangaroo, and is home to parklands, restaurants, a casino and apartments – a far cry from the Great Depression of the early 1930s, when these wharves on the eastern side of Darling Harbour were known as the ‘Hungry Mile’. The name came from when casual waterside labourers and the unemployed would tramp along the docks each morning looking for work.

During the 1950s, the WWF Sydney Branch on Sussex Street became a hive of activity for wharfies, artists, activists and intellectuals. Clem Milward and Harry Reade were two such artists who became wharfies and contributors to the mural. For them, casual employment on the wharves allowed the flexibility to focus on their artistic pursuits – packaged with the socially progressive politics that came with being involved in a militant union.

This panel celebrates the eight-hour working day. The figure with the prominent moustache on the left-hand side is famous Australian writer and poet Henry Lawson, whose work inspired unionists. This panel also depicts the foundation of the Australian Labor party at Unity Square in Balmain, Sydney, in the 1890s.

ANMM Collection 00040188The canteen wall mural began rather modestly in 1953, but it soon inspired other artists and by 1965 the mural had wrapped almost completely around the canteen, traversing doorways and windows. It expanded in scope as well and positioned the story of the WWF in that of the larger history and politics of other trade unions, charting Australian industrial campaigns from the 1850s up to World War II.

The mural artists were influenced by ‘Socialist Realism’, a movement that emerged in 1930s communist Russia. Twentieth-century Realist literature and art attempted to depict social or physical realities rather than subjective or idealised views. Socialist Realism sought truthfulness in artistic subject, with a view to educating working people in the history, struggles and spirit of socialism. The WWF formed a partnership with the Studio of Realist Art (SORA). Wharfie Rod Shaw was a founding member of SORA, and he, union leader Tom Nelson and wharfie art student Sonny Glynn envisaged the design of The Wharfies’ Mural. The mural was ultimately a collective effort, reflecting the social and political ideals of those involved. Notable for the times, three of the nine artists were women, Vi Collings, Sonny Glynn, Evelyn Healy and Pat Kelk Graham.

During the 1950s to 1970s, thousands of wharfies ate their lunch in the Sydney canteen surrounded by the giant mural. But from the 1980s, as Sydney Harbour transformed from an industrial port into a residential and tourist one, maritime industry moved to other places such as Port Botany and Wollongong. In the early 1990s, when the wharves were to be redeveloped and the canteen torn down, the wharfies made the farsighted decision to keep their mural.

Removing it was no easy matter, however. The mural had been painted on thin lime plaster on brick and was painstakingly removed in 12 sections, using a specially designed saw to separate it from the brick. The mural was reinstated in the union’s new building and the final addition to the mural was painted in 1993. The mural was moved again, this time to the ANMM. In 1996 significant conservation work was undertaken at the museum, generously funded by the Maritime Union of Australia and many other contributors to a Wharfies’ Mural Appeal Fund.

Museum Director Daryl Karp said, ‘The Wharfies’ Mural is one of the iconic treasures of the National Maritime Collection. It provides a window into the rich history and cultural movements that occurred among workers on the waterfront during the 20th century and is a reminder of their significant role in broader Australian politics and society.

‘Over the coming year the museum will focus on a number of aspects that are woven into both the mural and the social and historic legacies of the union. We are excited to showcase this important part of Australia’s maritime history.’

The Maritime Union of Australia’s National Secretary, Paddy Crumlin, said the unveiling of the mural was a proud moment for members and veterans of the Union. ‘The recent social history of Australia is inextricably linked with the history of struggle and unity amongst workers on the Sydney waterfront. In our 150th year, we are rightly proud of the contribution our struggle and unity has made to the social fabric of our nation, so it is fitting that The Wharfies’ Mural is in the National Maritime Collection on now on display.’

Conservation and display of The Wharfies’ Mural is supported by the Australian National Maritime Museum Foundation through the MUA, members and organisations from the maritime industry.

Included in the See It All Ticket 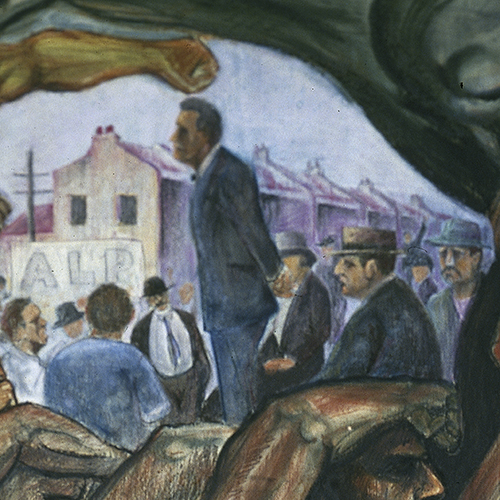 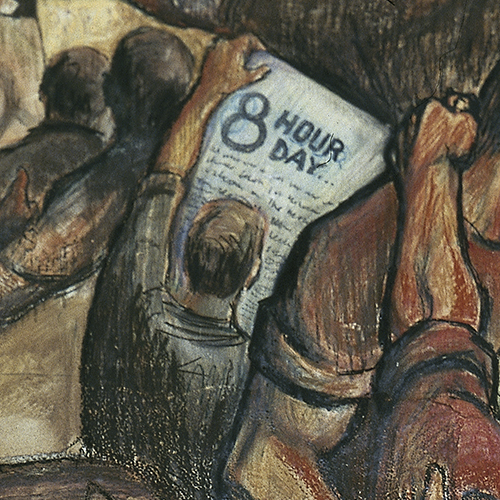 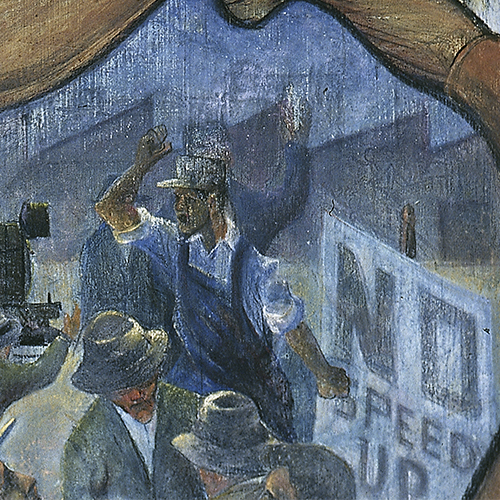 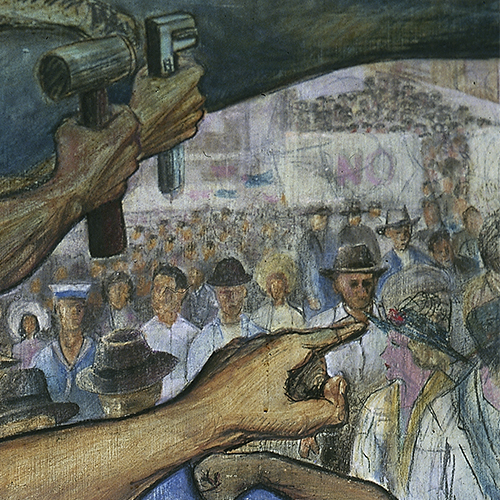 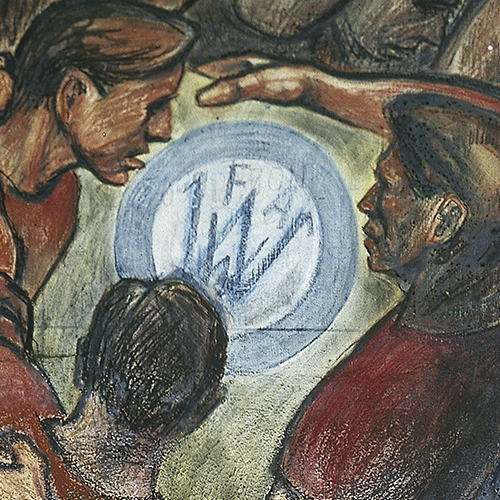 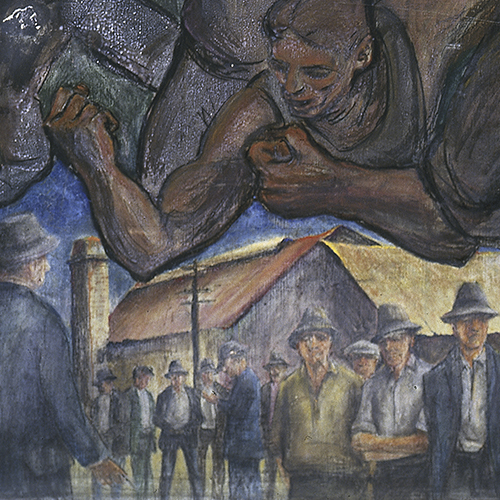