The Gapu-Monuk Saltwater exhibition is a collaboration between the traditional owners of the Blue Mud Bay Region in North-East Arnhem Land and the Australian National Maritime Museum.

The exhibition's curators, designers, marketing agency and video producers are all Indigenous, inspired by the leadership of Djambawa Marawili, AM to create a powerful story that connects all Australians.

‘One of the most important exhibitions the museum has put on during its 26 year history.’

The Gapu-Monuk Saltwater exhibition is the result of a collaboration between the traditional owners of the Blue Mud Bay region in North-East Arnhem Land and the Australian National Maritime Museum.

The story of the creation of the artworks on display, and the victorious legal case for Blue Mud Bay sea rights, is one for all Australians to share and commemorate. The exhibition's curators, designers, marketing agency and video producers are all proudly Indigenous. 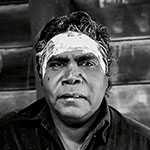 Djambawa Marawili is leader of the Madarrpa clan of North-East Arnhem Land. As an artist, he has experienced mainstream success, but his role as clan leader is his primary concern.

He is a caretaker for the spiritual well-being of his own and other related clans, and is an activist and administrator in the ongoing relationship between non-Aboriginal people and the Yolŋu (Aboriginal) people of North-East Arnhem Land. 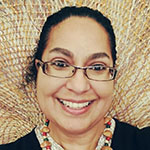 Helen Anu is a Koey-Buway, Samu Augud (Cassowary) and Sui-Baidham (Black-winged Stilt and Shark) Clan Woman of the Zei Gub (South West Winds) from the Top Western cluster of the Torres Strait Islands.

Helen has worked as a cultural practitioner in the Aboriginal & Torres Strait Islander Arts, Culture and Media Sector for 25 years, and currently works in Indigenous Programs at the Australian National Maritime Museum.

In her role she assists with the delivery of Indigenous-specific projects, cultural outreach, engagement and exhibitions, including highlighting the narrative of new and existing works held within the museum's Indigenous collections, and supporting the transmission of traditional and contemporary Saltwater and Freshwater stories. 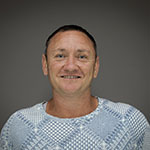 Beau James is from the Mununjali clan of the Yugambeh Nation from South East Queensland, with links to Stradbroke Island.  Currently working as the Indigenous Programs Manager for the Australian National Maritime Museum their responsibilities include the development of cultural programs, events and exhibitions focusing on the Museums Indigenous collection.

Working collaboratively  with communities, artists and art centres throughout Australia, Beau has curated innovative exhibitions both nationally and internationally and sourced exciting new works intertwining the traditional with the contemporary to further highlight and explore Indigenous culture and connection to Saltwater, and Freshwater country. 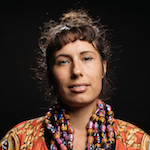 Nicole Monks is a trans-disciplinary artist of Yamatji Wajarri, Dutch and English heritage. Living and practicing in Redfern, Monks is informed by her cross-cultural identity and her work takes its focus from storytelling, as a way to connect the past with the present and future.

In addition to her solo practice, Monks is the founder of blackandwhite creative. She is currently on the Design Advisory Panel for the Museum of Applied Arts and Sciences (MAAS) and has been a Committee Member and President of the Young Members Committee of the Art Gallery of New South Wales. 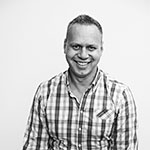 In 2006 Birri Gubba man Wayne Denning left a successful career in Federal Government to form Carbon Media. Determined to give a positive voice to Indigenous Australians, Wayne set about creating engaging content for children’s television and within the corporate arena. Nearly a decade on, Wayne still leads an expanding team of creatives at Carbon Creative.

Wayne is the Deputy Chair of the National Film and Sound Archive of Australia, and a Board Director of Queensland Theatre. He is a Digital Ambassador for Queensland and a member of the Queensland Governments Aboriginal and Torres Strait Islander Business and Innovation Reference Group. Wayne is also on the Community Leader Roundtable: Engagement Plan for the Domestic and Family Violence Prevention Strategy. 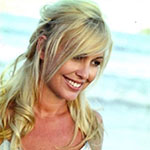 Malinda is the founder of Wyhldfisch Productions and a published author, one of the youngest directors, and youngest ever Indigenous directors, to be employed. Malinda also directed the first ever all-female full time film crew.