Ena, an exquisite 120-year-old steam yacht (SY), reflects the elegance and charm of a bygone era.

Designed by pre-eminent colonial naval architect Walter Reeks and built by WM Ford at Berry’s Bay, the vessel was commissioned in 1900 by business identity Thomas Dibbs.

Ena was built to impress, and to demonstrate that Australian engineering and design could match that found overseas. It featured the latest steam technology with no expense spared in its construction and luxury fit-out.

One of the finest yachts ever launched in Australian waters.

For more than a decade SY Ena cruised the harbour with Sydney’s well-to-do on board while adoring crowds lined the shores to see it cruise past following the local yacht races.

The story of Ena’s adventures reads like that of an epic novel, mirroring the highs and lows of the nation during the 20th century – the years of war, economic depression and industrial growth. During WWI Ena was renamed HMAS Sleuth and went to war as a patrol boat in the Torres Strait. It then worked as a cargo and fishing vessel and after WWII, in Tasmania, took on another new name – Aurore, goddess of the dawn. The dramatic end of Ena’s working life came with its 1981 sinking in the D’Entrecasteaux Channel. Ena was resurrected and beautifully restored by a syndicate led by Pat Burke. The Edwardian steam yacht once again graced Australian waters when it voyaged to Western Australia to witness the America’s Cup Yacht Race defence in 1987, an event that saw the famous trophy return to American hands.

SY Ena was donated to the Museum in 2017 by John and Jacqui Mullen.  This gift, which was unsurpassed in its generosity to the Museum, significantly enhanced our floating collection.

Today, thanks to generous supporters, the magnificent steam yacht sails as the flagship of the Australian National Maritime Museum, an elegant Edwardian feature on the modern harbour, 120 years after its commanding launch.

The Ena sanctum is a donor group supporting the Ena Conservation Fund to preserve and maintain the steam yacht to ensure that it can be enjoyed by future generations. Supporters have access to hire the vessel, with catering from Sydney Restaurant Group.

(All donations to the Ena Conservation Fund are tax deductible)

To find out more about the Ena Sanctum please contact Pamela Proestos at the Museum on (02) 8241 8337 or pamela.proestos@sea.museum

Steam yacht Ena is much more than a vessel – it is a work of art, a superb piece of craftsmanship, a statement in elegance. 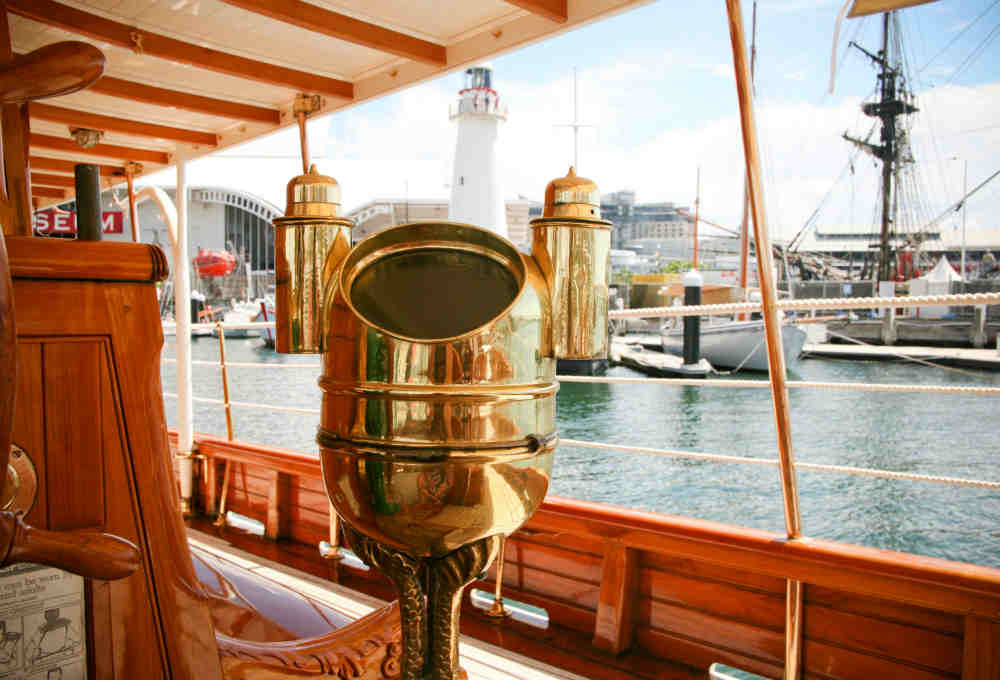 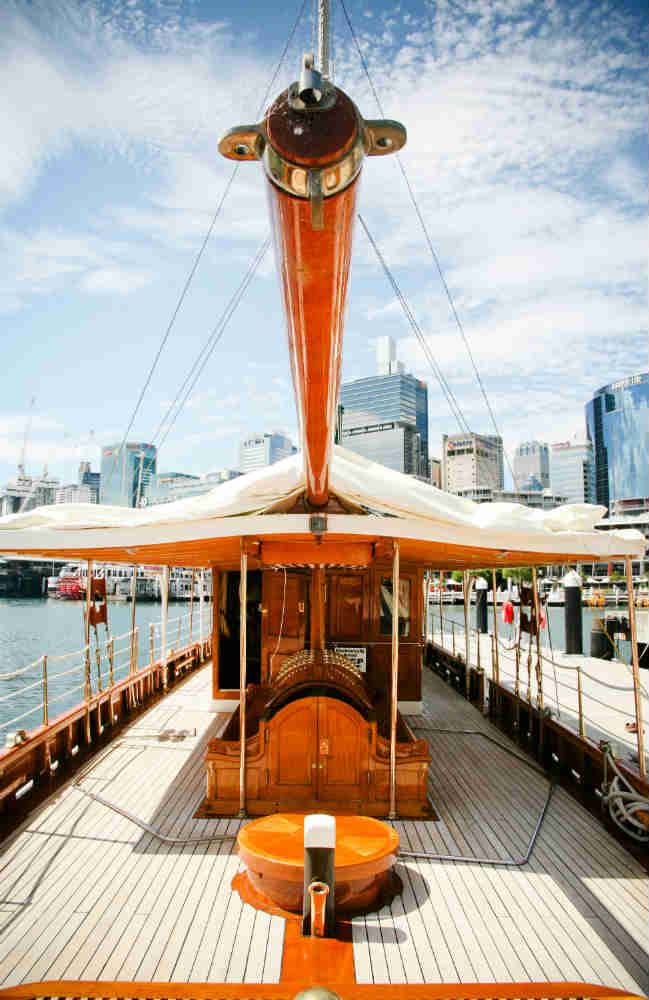 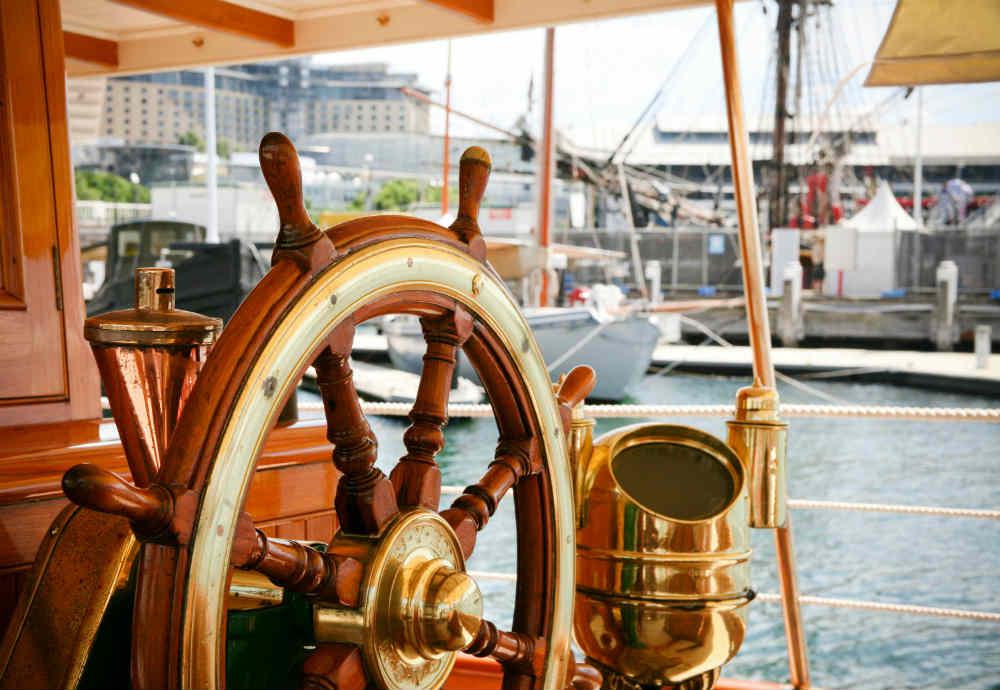 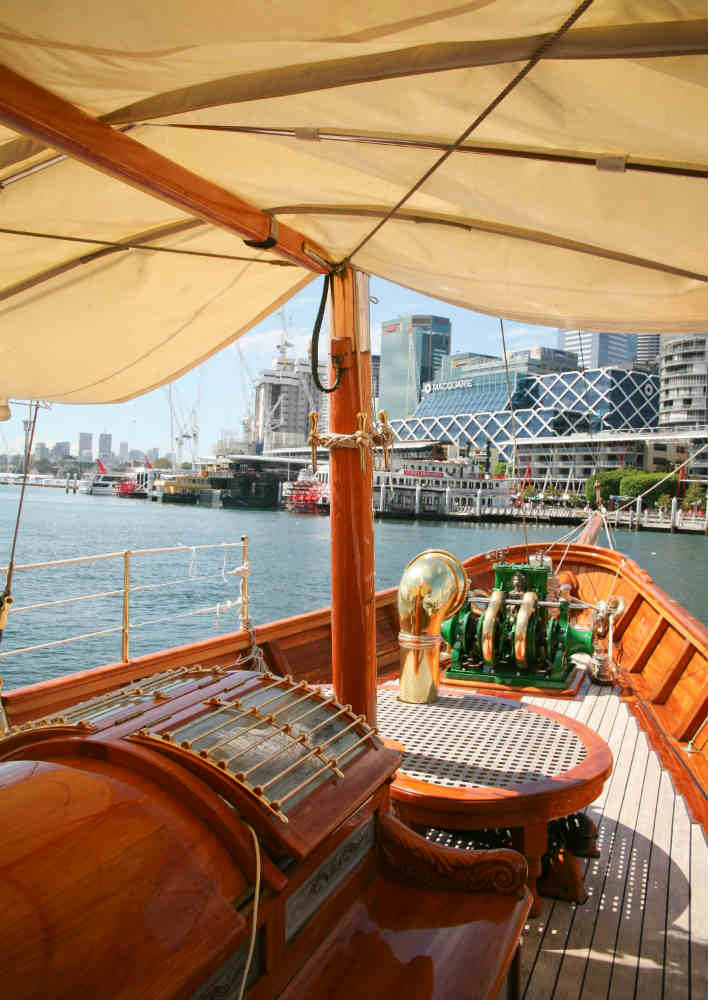 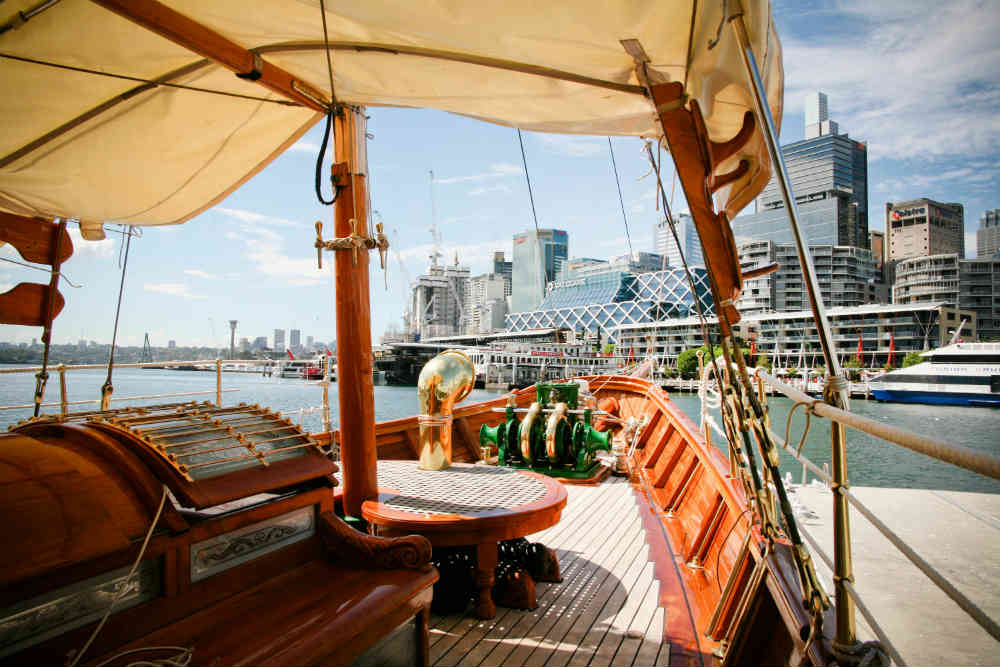 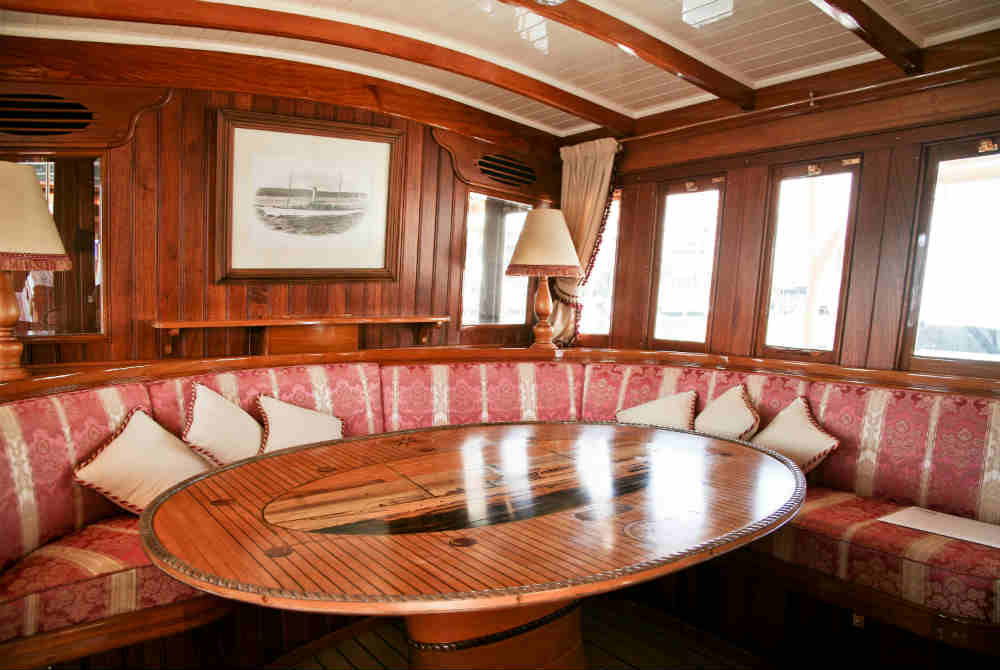 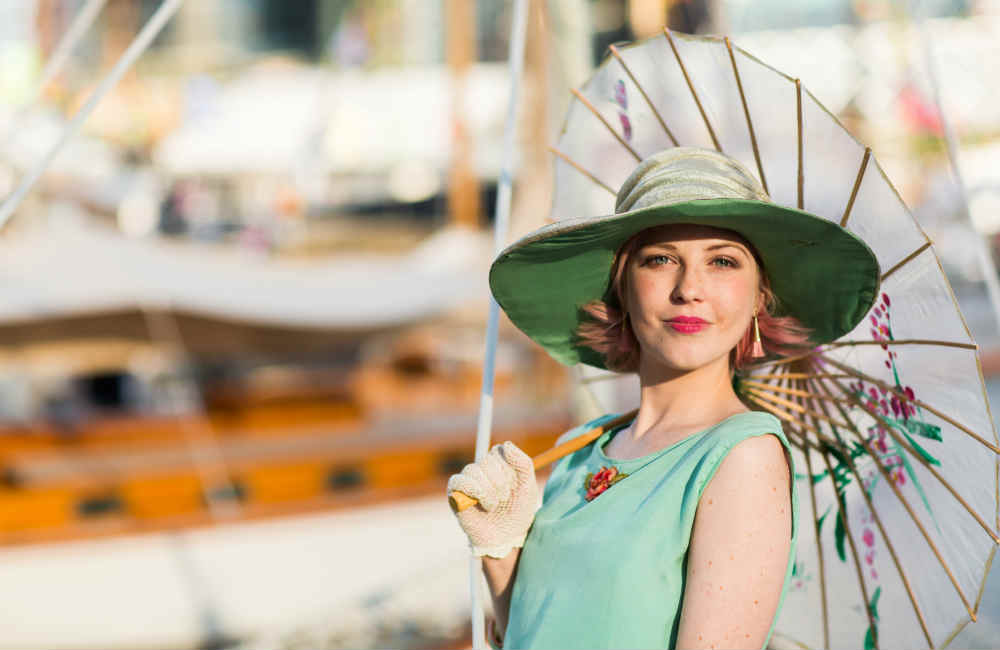 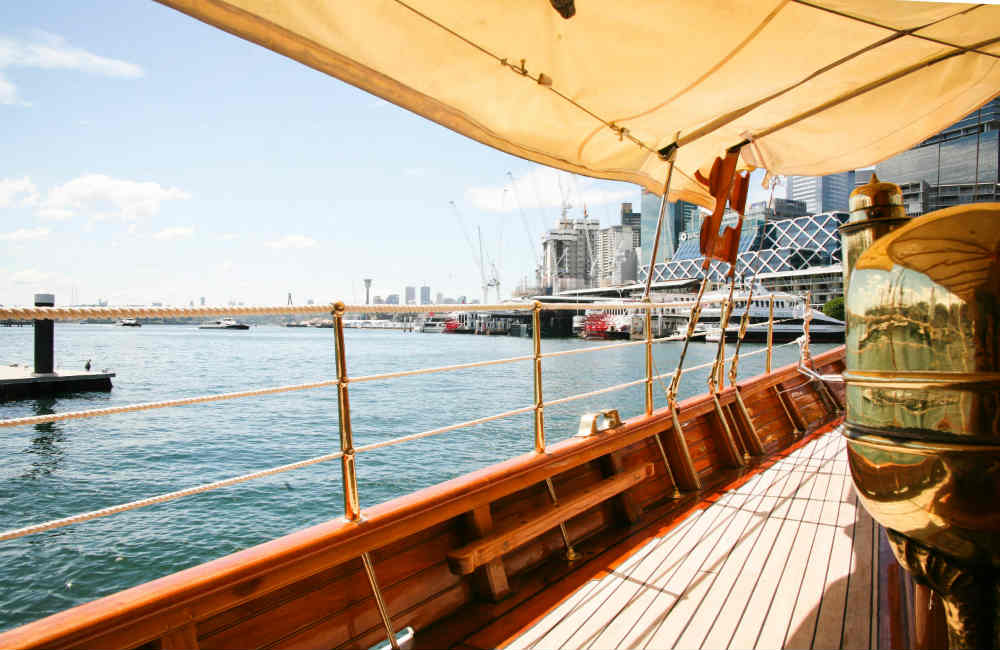 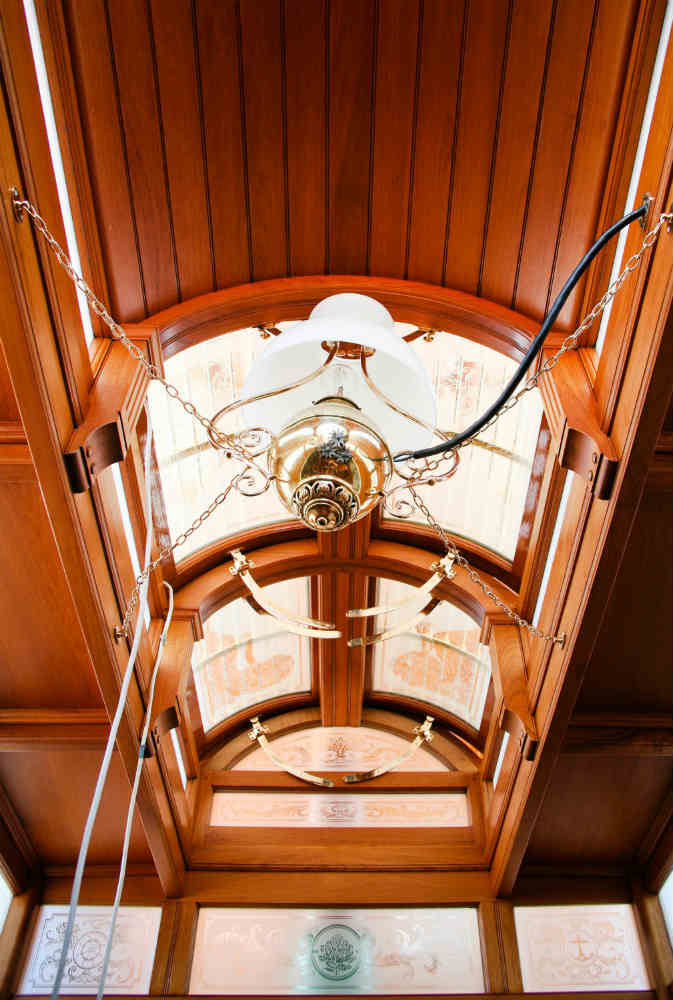 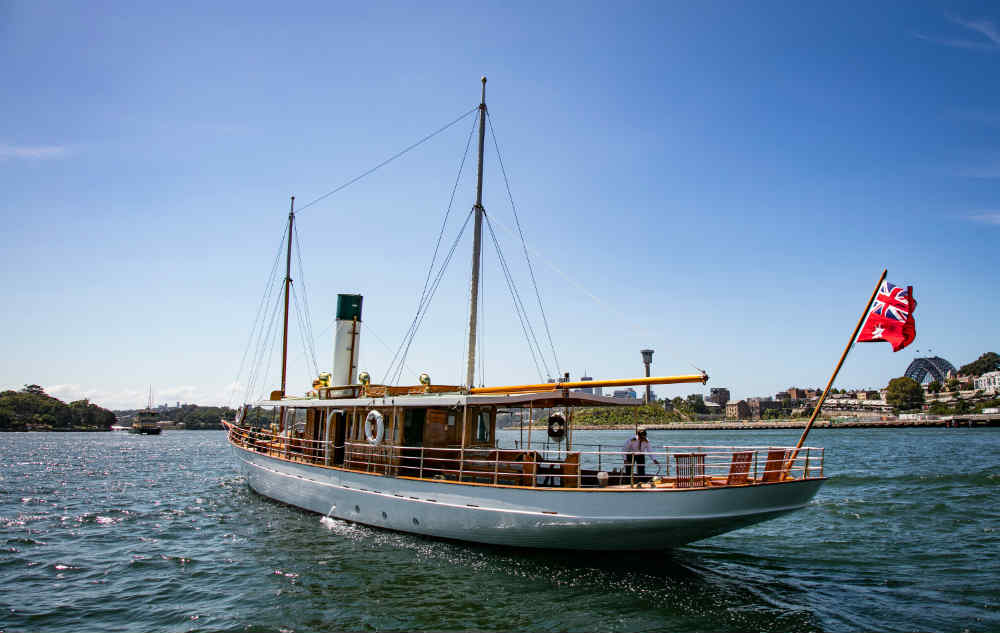 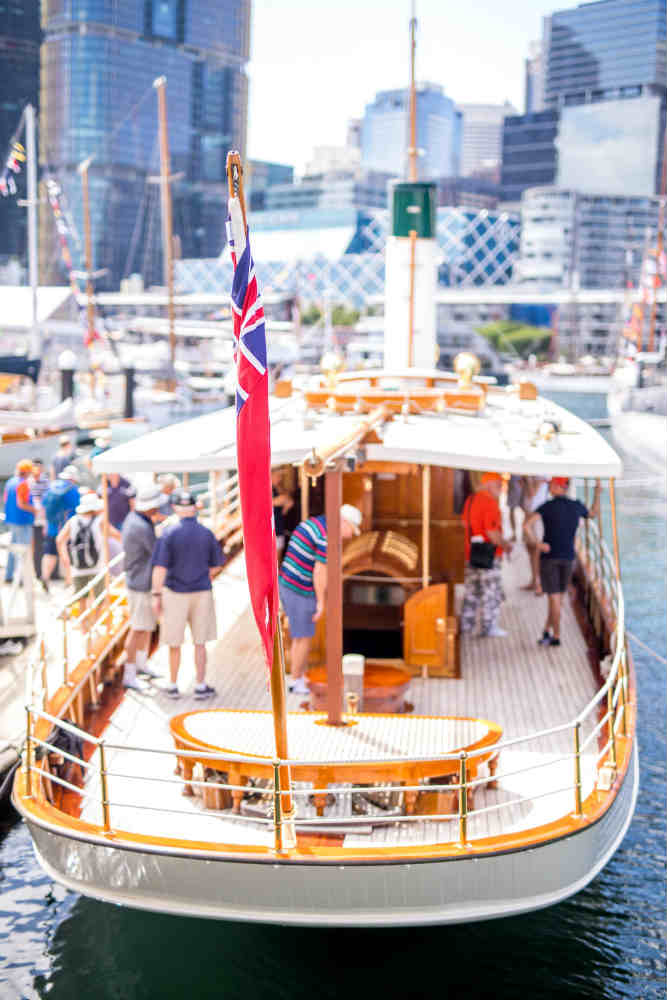 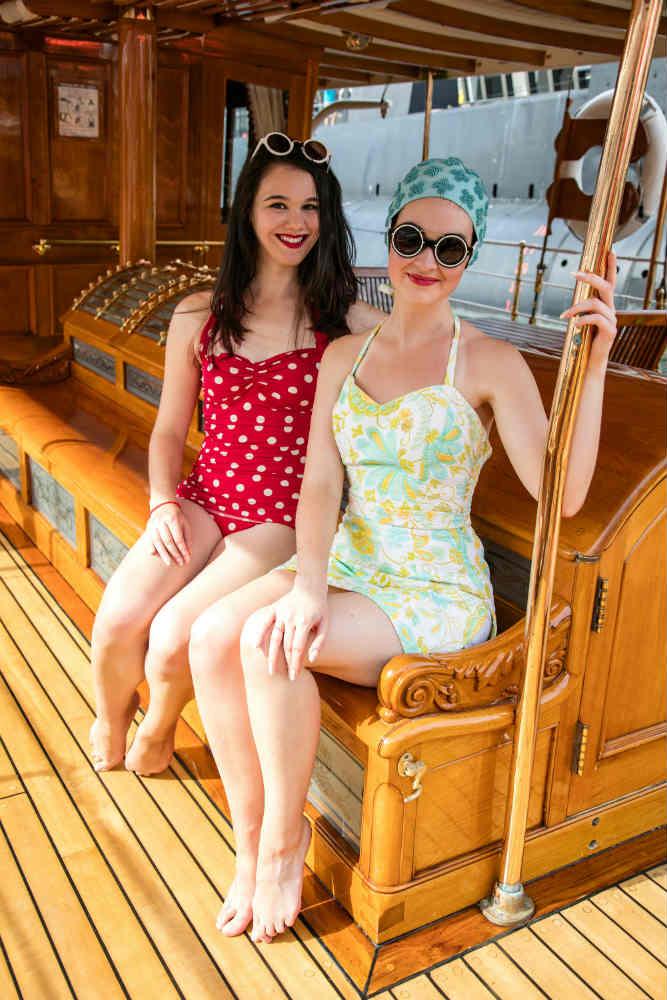 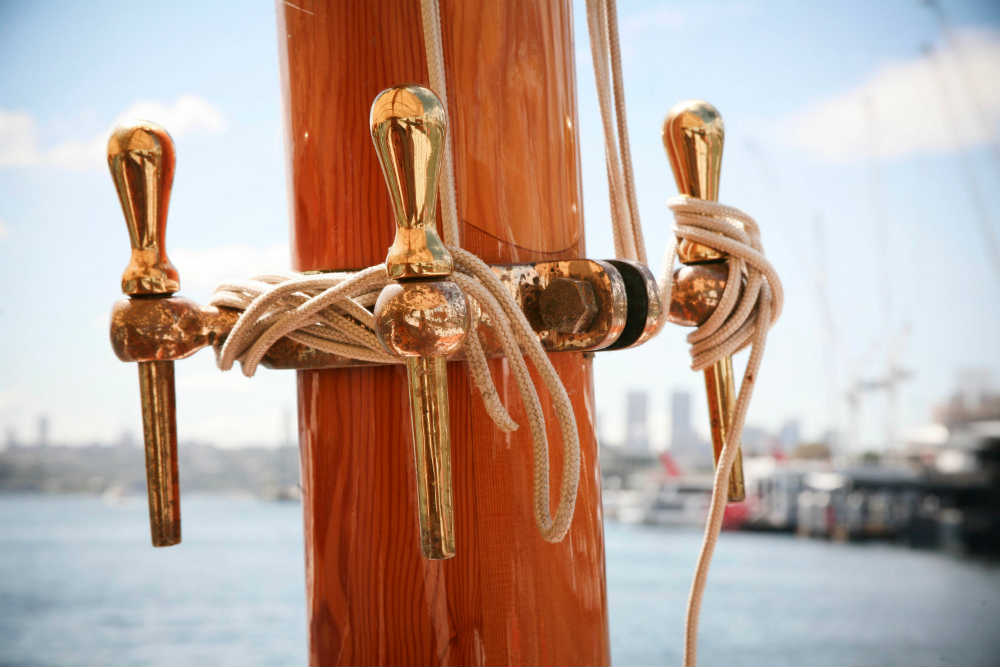 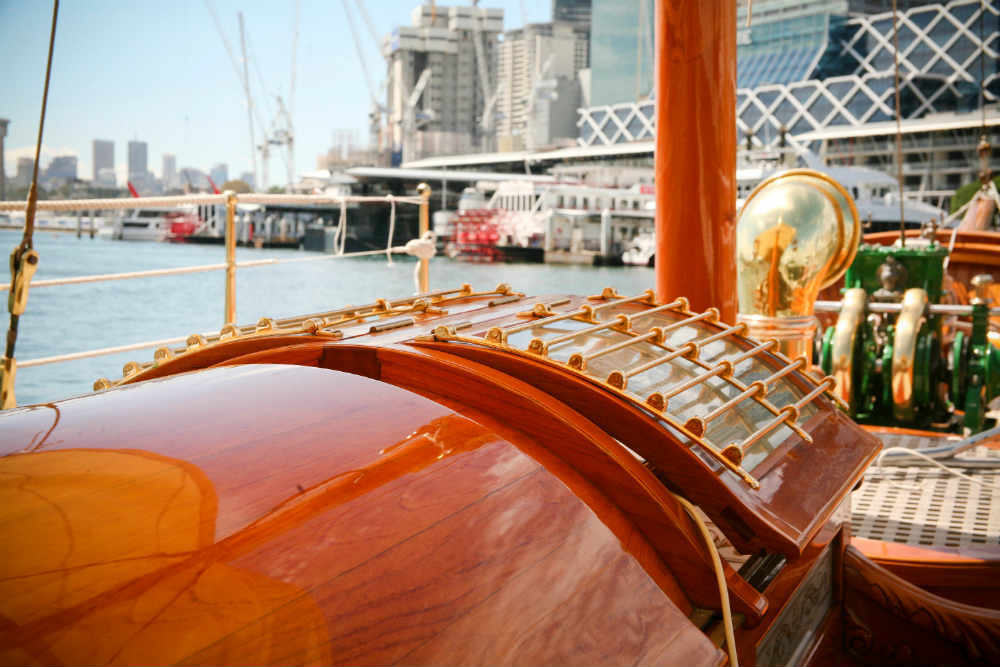 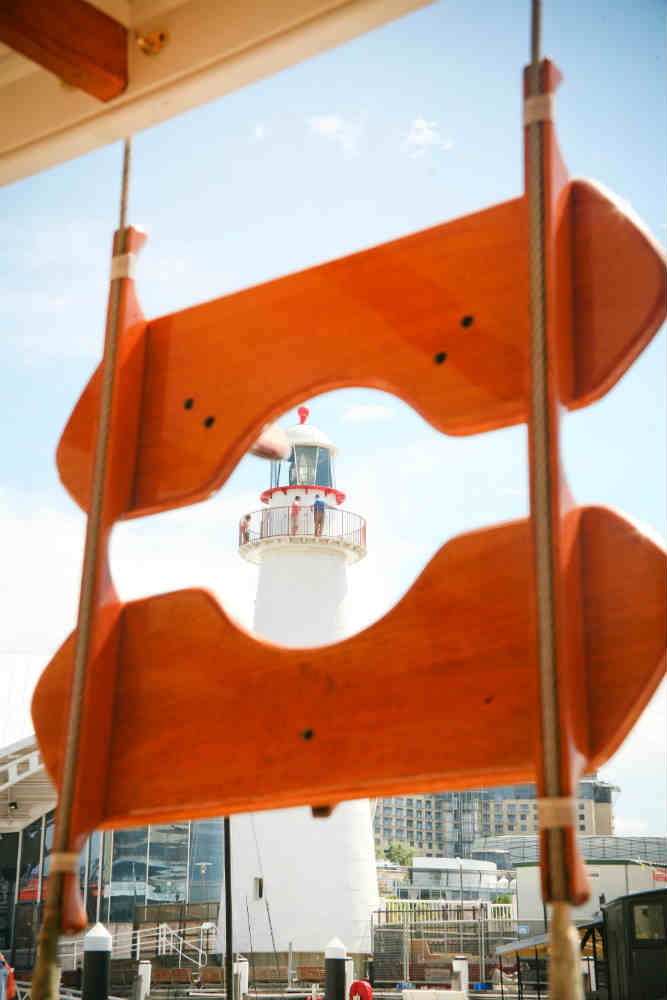 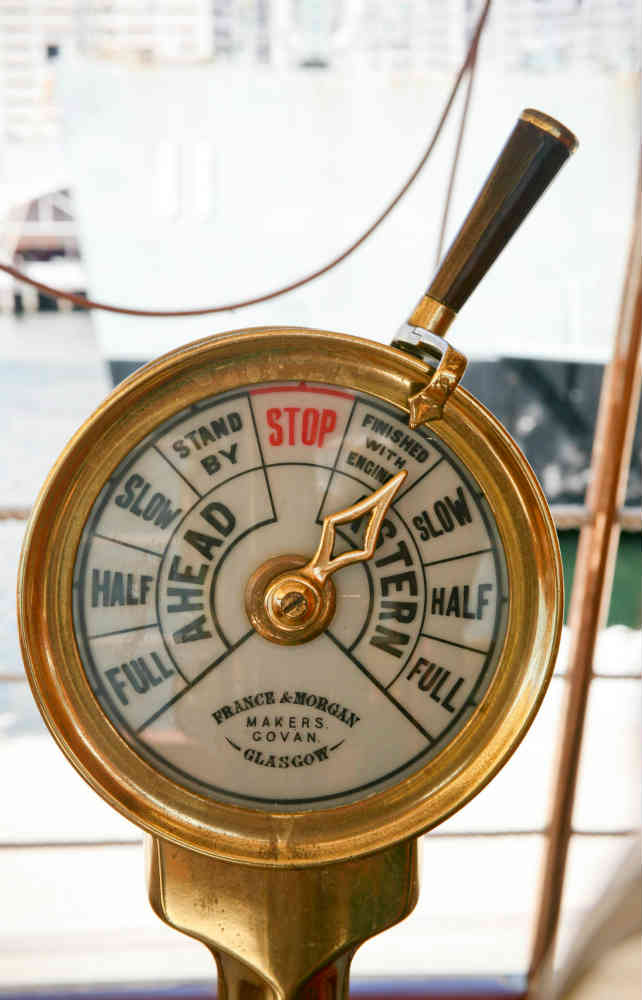 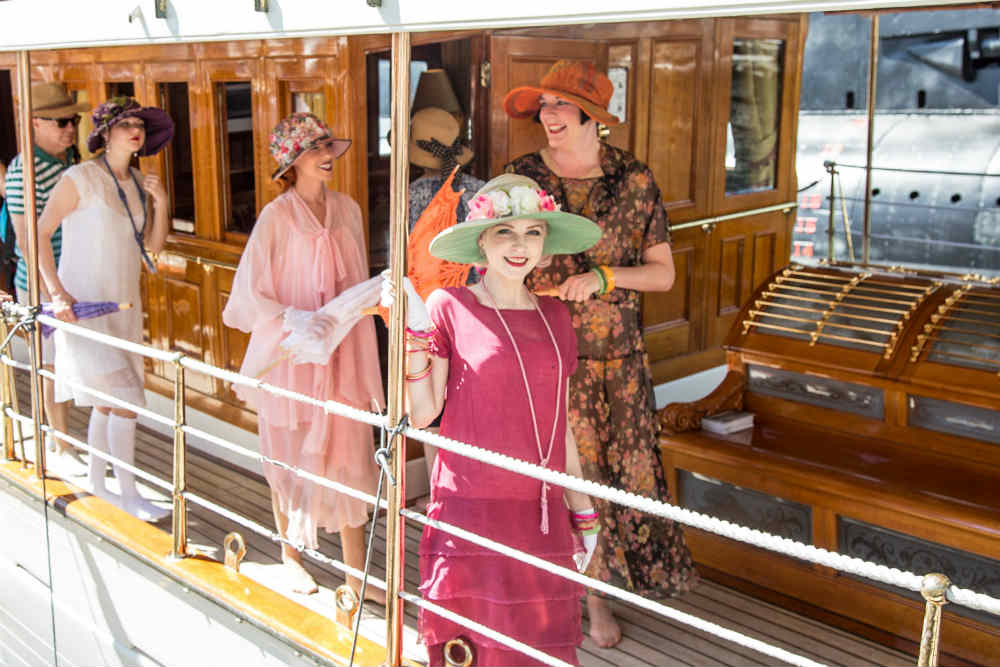 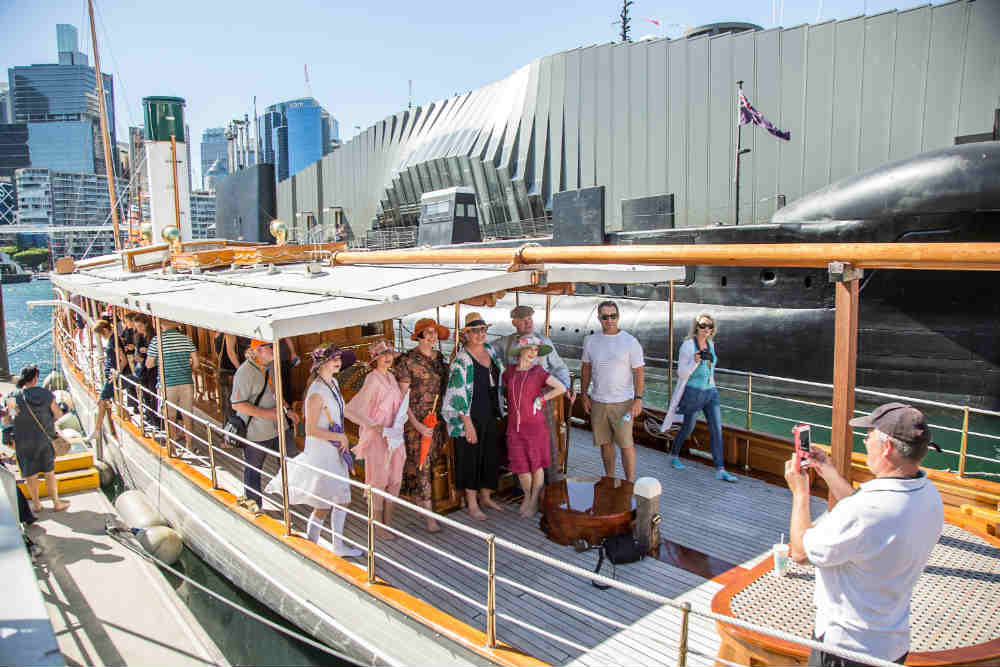 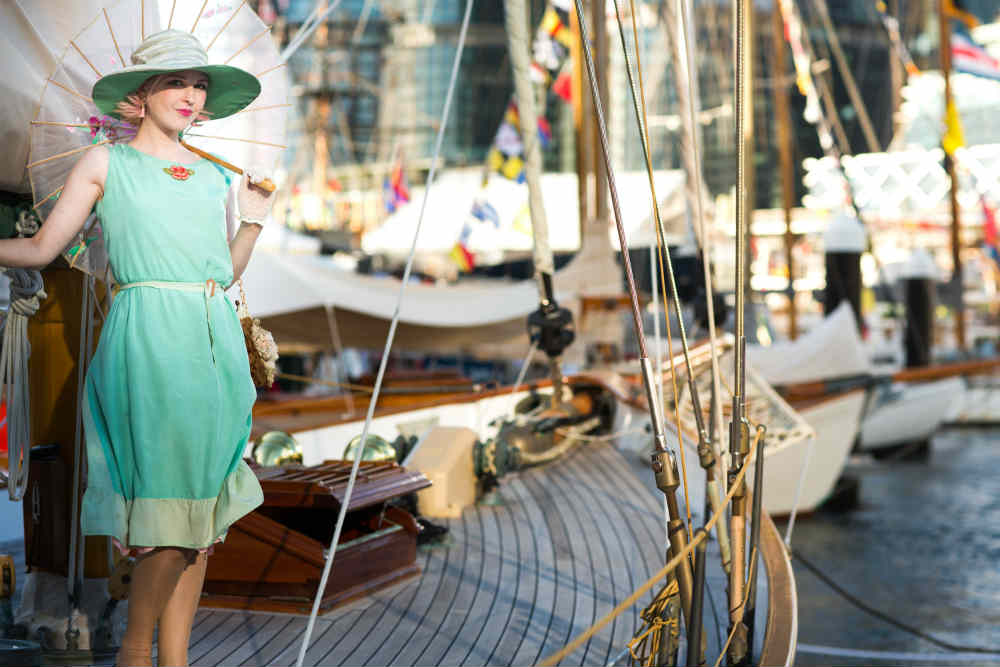 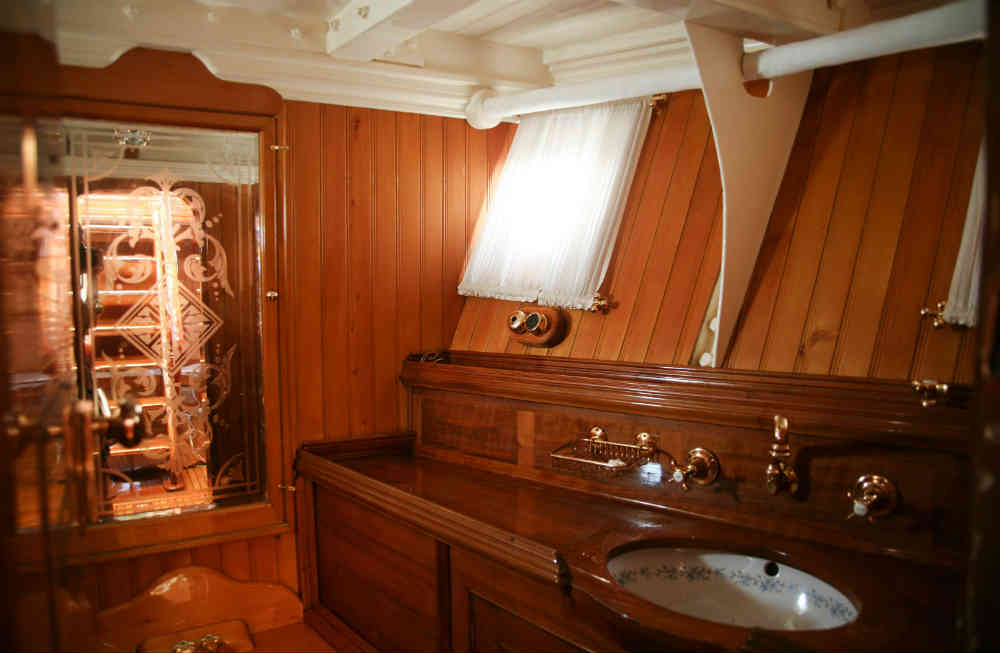 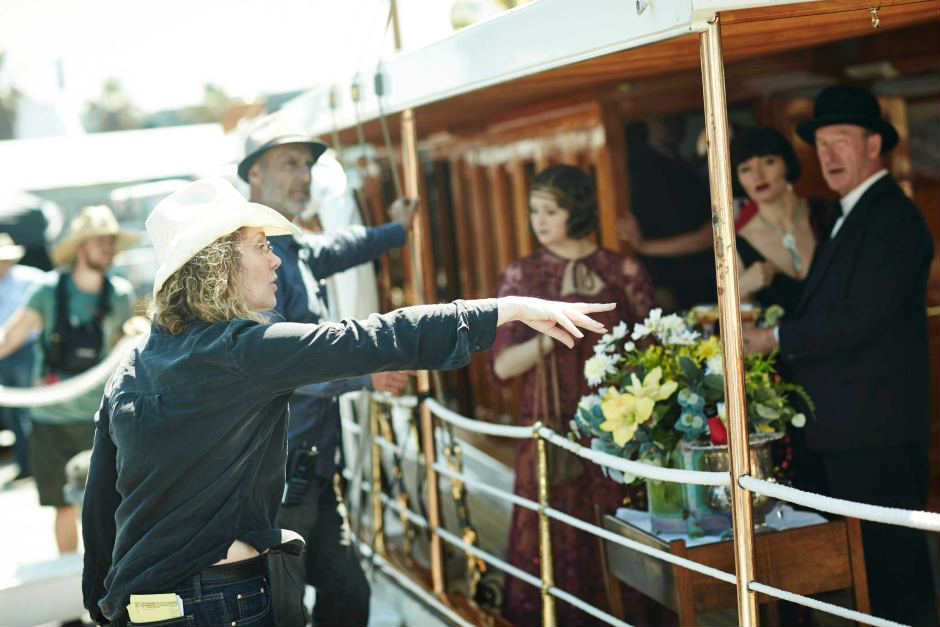