A fun way to explore the polar opposite creatures (penguins and polar bears), that should never be seen together by crafting some pom-pom polar pets. It will also help you use up any spare wool you might have lying about at home.

Suitable for ages: 5 years and up
Time required: 30-45 mins
Difficulty: 2 out of 5
Related Exhibition: Elysium Arctic

What is the difference between the Arctic and the Antarctic?
These two polar opposite environments are so often confused in popular culture depictions that it can be surprising to learn just how very different they are.

How to make you penguin and polar bear pom poms 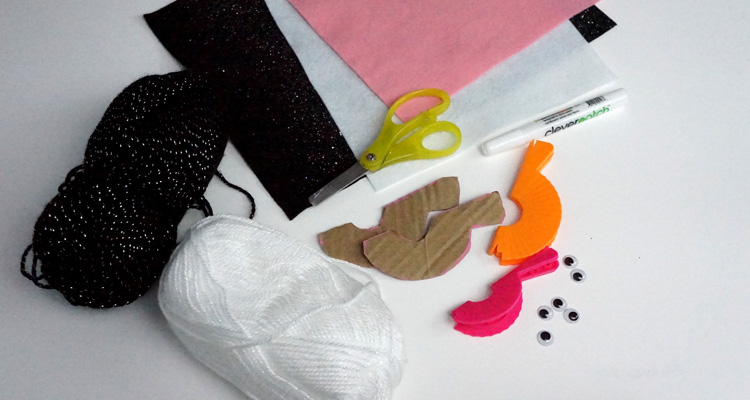 Step 1.
Tape a piece of string inside the cardboard 'doughnut' edge with the ends poking out. 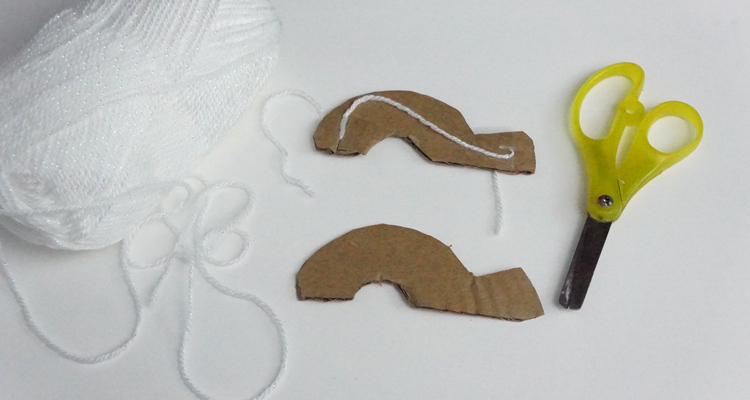 Step 2.
Start winding your black (penguin) or white (polar bear) wool string around and around the template. 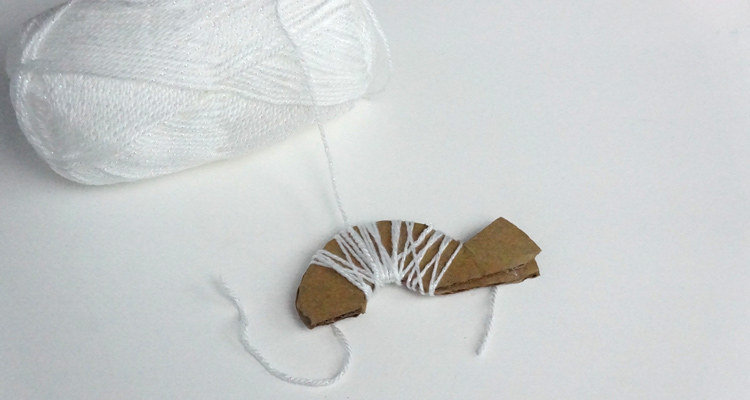 You'll want to build up a really nice amount of wool for a dense pom pom so keep winding as much as you can hold on the template. 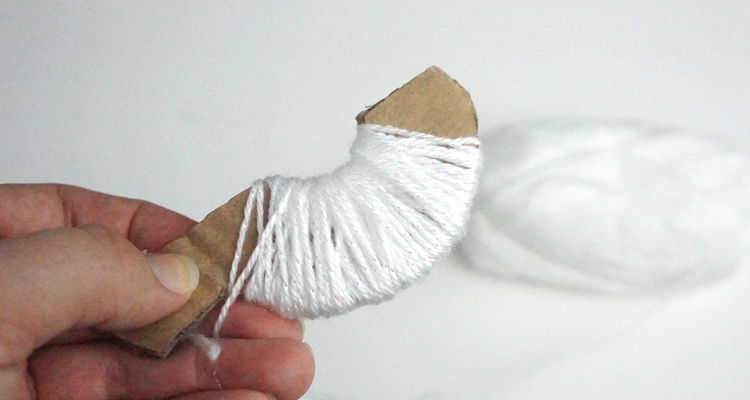 Step 3.
When it’s nice and full, it’s time to turn into a pom. A grown up should help with this step as it can be hard for little hands to cut through all the layers of string. 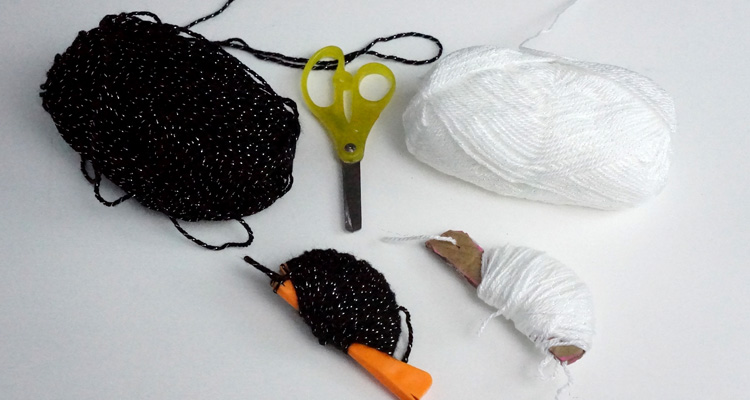 Cut around the outer rim of your pom pom maker to release the 'hairs' while still gripping them in place with your other hand. 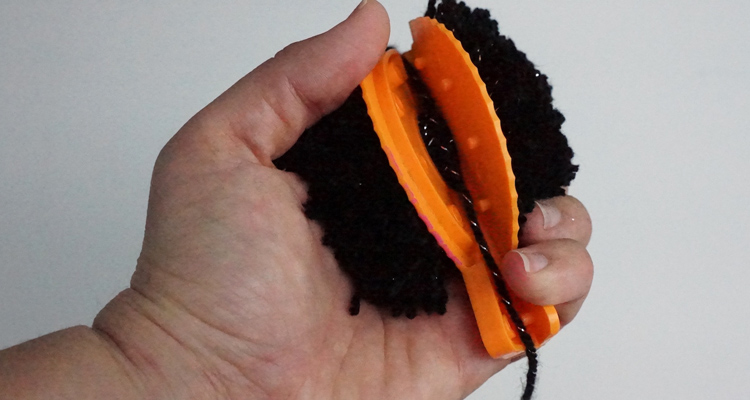 Step 4.
Take the string you left in the outer rim and tie it together tight to hold the 'hairs' together. 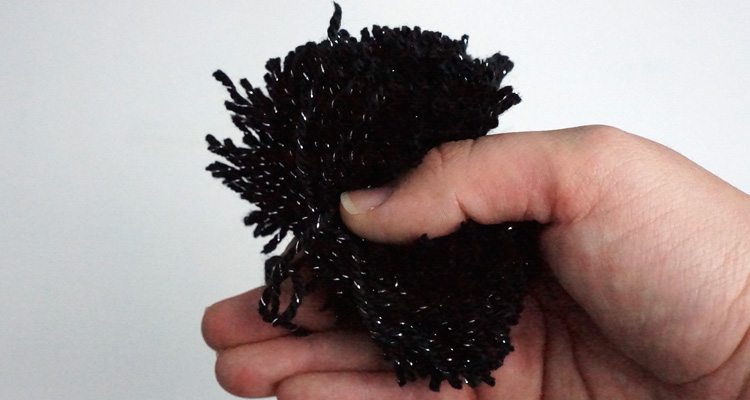 Step 5.
Give it a hair cut all over to even out the strands. 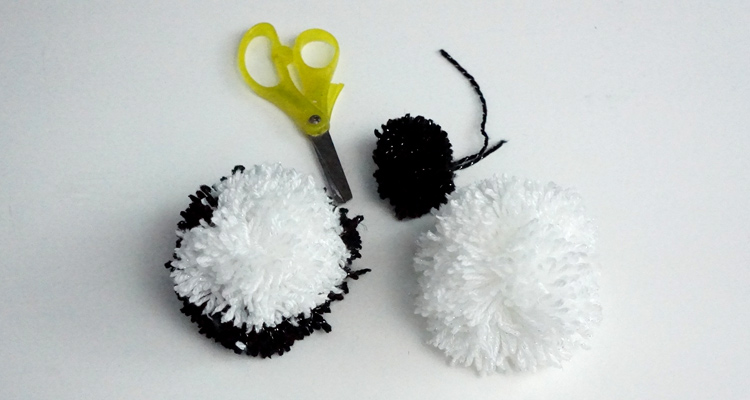 Tip: For a really full pom pom you might like to repeat steps 1-5 to make extra pom poms and tie them together. For the penguin we used one black and one white pom tied together with a smaller pom on top as the head. 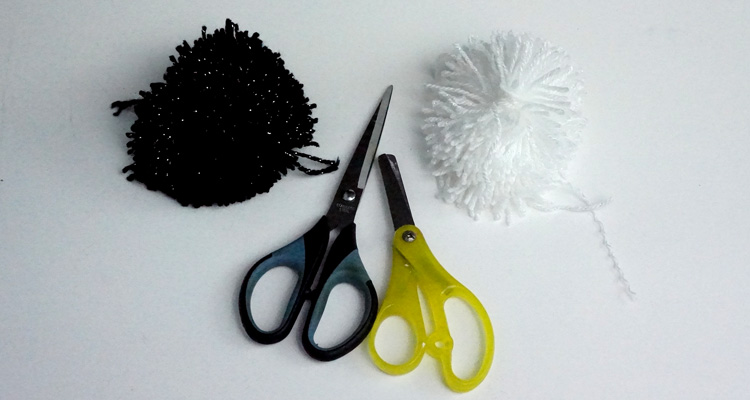 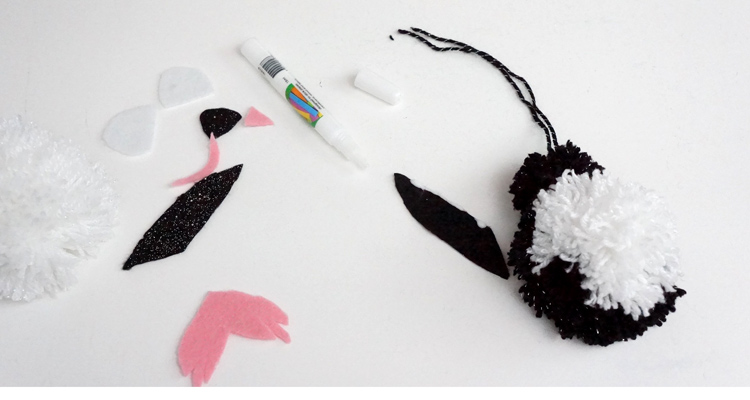 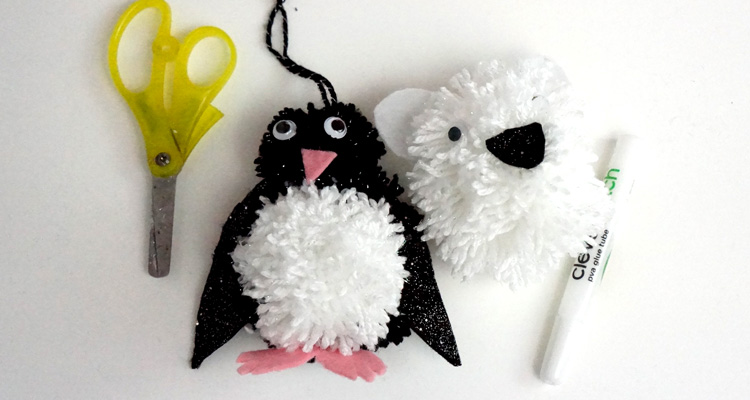 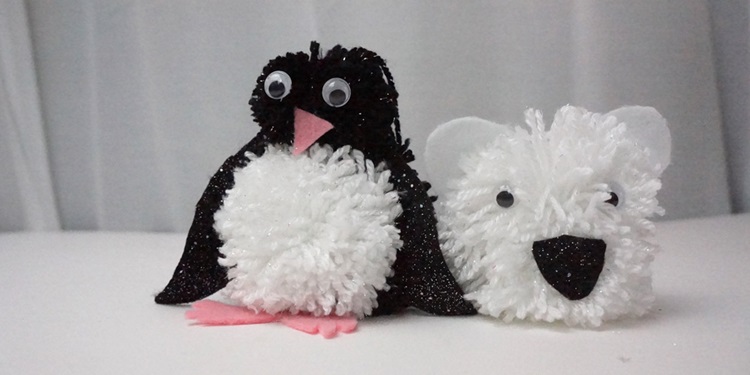 You could hang these up as tree decorations, add a keyring and pop them on your school bags or tie to a gift – even better than bows and curling ribbon.

We’d love to see your creations!

Please send us photos either by email to: web@sea.museum or tag us on Instagram - just tag the photo with our username @sea.museum 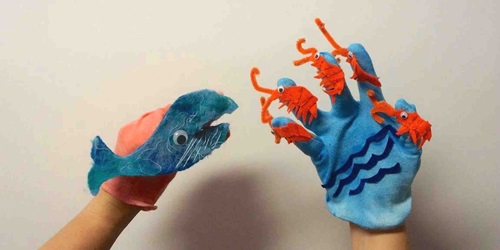 How to make whale and krill finger puppets 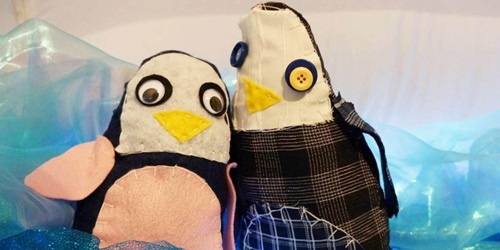 How to make a penguin soft toy 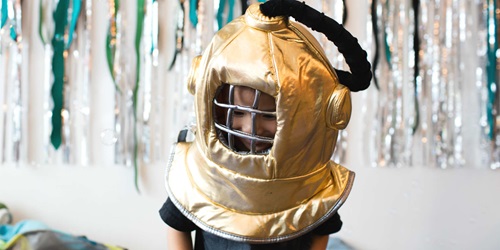