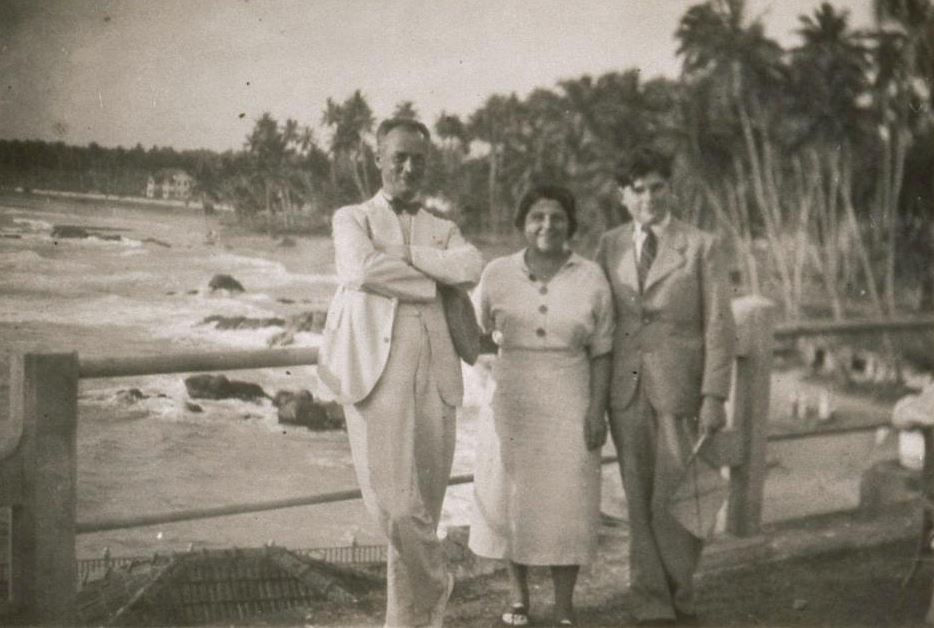 In June 1939, a few days before boarding the Orient liner SS Orama for Australia, Jewish migrant Arthur Lederer wrote ‘Doors’, a poem reflecting on his family’s desperate search for a new home away from Nazi-occupied Europe:

Some doors have hearts it seems to me
They open so invitingly;
You feel they are quite kind – akin
To all the warmth you find within…
Oh, may mine be a friendly door;
May all who cross the threshold o’er
Within find sweet content and rest,
And know each was a welcomed guest.

The poem is now part of an evocative collection at ANMM that includes photographs of Arthur Lederer and his wife, Valerie, enjoying the Salzburg Festival in pre-World War II Austria; a passport issued to their only son, 16-year-old Walter; and treasured keepsakes from the family’s home in Vienna. The collection reflects the Lederers’ long journey to Australia, via Czechoslovakia, and also provides fascinating glimpses into their former life in Austria.

Born in 1889, Arthur Lederer was a talented Viennese tailor who made gala uniforms for European royalty and high society. On the eve of Adolf Hitler’s march into Vienna in March 1938, Arthur was working on Archduke Otto of Austria’s coronation robes, believing that the exiled monarch would return.

In November that year, the Lederers attempted to flee the escalating Jewish persecution in Nazi-occupied Austria. They travelled by taxi from Vienna to the Austria–Czechoslovakia border, but were held up by the German Gestapo and imprisoned. Released after three days, they returned home to Vienna.

Four weeks later they again tried to escape. The family purchased passports in December 1938 and travelled by Austrian Airlines to Prague, Czechoslovakia. The League of Nations (forerunner to the United Nations) issued them with Nansen passports, an internationally recognised identity card provided to stateless refugees.

Arthur then started writing letters to his well-connected clients appealing for help to escape Europe. Most clients did not respond, perhaps fearing they would be persecuted by the Nazis for assisting Jews. Eventually Lady Max Muller, wife of the British Ambassador to Spain, provided them with tickets to Australia on Orama and the £300 arrival money required by the Australian Government.

Did you know Australia accepted more than 7,000 Jewish refugees from Germany, Austria and Czechoslovakia before the outbreak of World War 2?

Walter Lederer recalls that Lady Max Muller’s £300 ‘actually gave us the very first start to begin life in Australia’. He also remembers how his mother would still carry the key to the family’s front door in Vienna, even after they had found safety in Australia. ‘Perhaps she thought she may go back one day,’ Walter says. One of the most poignant items in the Lederer collection, the key reflects the migrant’s enduring loss and longing for home and a ‘friendly door’ to ‘sweet content and rest’.