When Japanese-born Ayumi Sumiyoshi and Italian-born Antonello Abonante celebrated their son’s first birthday this year, they figured it was the perfect opportunity to register their names on the museum’s Welcome Wall and honour their new life in Australia.

Born in Oita, Japan in 1983, Ayumi Sumiyoshi was interested in travelling the world from a young age, dreaming of visiting other countries in high school after her English teacher told her class about life in Canada.

Oita is a beautiful city located in the south of Japan on Kyushu island. It’s on the coast with a beautiful sea, and that’s why I grew up loving the sea and respecting nature. But Oita is more traditional and it isn’t an international city.

Japanese culture is also really conservative and you can feel a bit “limited” if you are a person who loves to travel and explore different cultures. That’s what I like about Australia, it’s the freedom and openness. 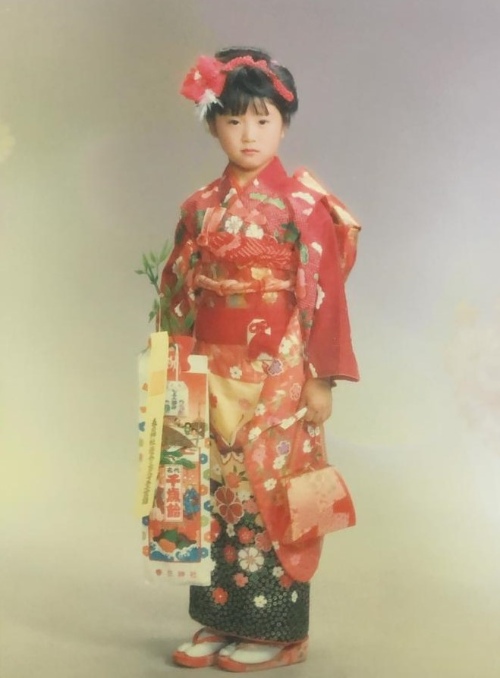 Ayumi as a young girl in Oita, Japan in 1990. All images reproduced courtesy of Ayumi and Antonio

Ayumi began studying English when she was around 10-years-old. Inspired to travel and explore other countries, she studied for a short period in Canada and then lived in the UK – working in sales and marketing for a Japanese multinational company for eight years.

It was in the UK where Ayumi met her husband, Antonello Abonante. Born in Cosenza, Calabria, in the south of Italy, family was a defining feature of his childhood in the 1980s. Antonello fondly remembers spending lots of time with his grandparents after school every day to study (being spoiled in the process!)

It was a really happy childhood, but I was always dreaming of travelling and exploring new cultures. Like many young people, I struggled to find inspiration in the south where you feel a bit constrained within limited options. I started exploring the world beyond Italy at about 13 or 14 – firstly in Europe and then later New Zealand.

I was fortunate to study at the University of Milan in the cosmopolitan north, and to later complete my Masters in Rome in 2009. My life really changed in the winter of 2008–09 when I participated in the Erasmus Project – a European student exchange program at Lund University in Sweden.

Antonello as a young boy in Cosenza, Italy in 1990

After six months of living in a multicultural city, Antonello realised he wanted to explore more. Starting a consulting career in Italy, he moved to the UK to chase his dream. Being part of a multinational management consulting firm gave Antonello opportunities to be involved with projects around Europe, and after three years, he received an offer of employment in the Sydney office – a lifelong dream of his.

I always dreamt of coming to Australia and living close to the sea. I always said to myself if I could choose a place it live it would be Sydney.

The decision however, wasn’t an easy one.

It was a tough decision to leave the UK for both Ayumi and myself, but it was also a decisive point of our relationship. We wanted to create something new for us in a new environment that wasn’t London. Australia offered us both the opportunity of a better work/life balance and the excitement of a fresh start. 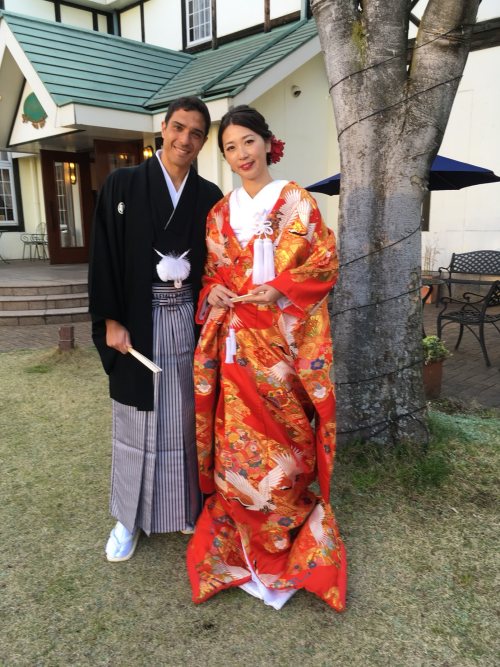 Antonello and Ayumi in traditional Kimono in Oita, Japan in 2015 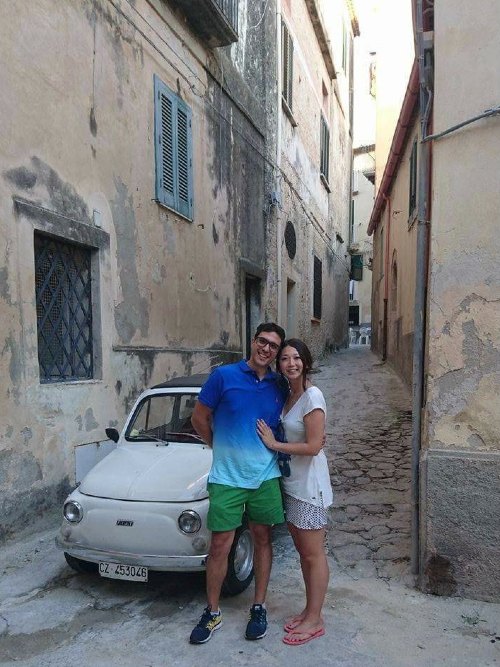 Antonello and Ayumi in Tropea, Italy in 2017

The pair got engaged in Australia and married in Italy in 2018. Their outdoor wedding ceremony perfectly fused their Japanese and Italian heritage, and was witnessed by guests from all over the world. In 2019, Antonello and Ayumi welcomed the birth of their son, Kaito Antonio.

Kaito in Japanese means ‘explorer of the sea’, and that’s exactly what the couple hope for him – to expand his knowledge and horizons. As Antonello said:

He needs to enjoy the places which both of us love. To experience the Sakura (cherry blossom) along the Oita River, maybe fishing with his grandpa and eating grandma’s special miso soup. To enjoy the pizza and aperitivo in Cosenza, playing his grandpa’s dogs, eating grandma’s parmigiana and being spoiled by his uncle Fra – learning all the secrets of the latest movies. And who knows, along the way, fall in love with soccer and the Inter Milan (i nerazzurri) team like his daddy. 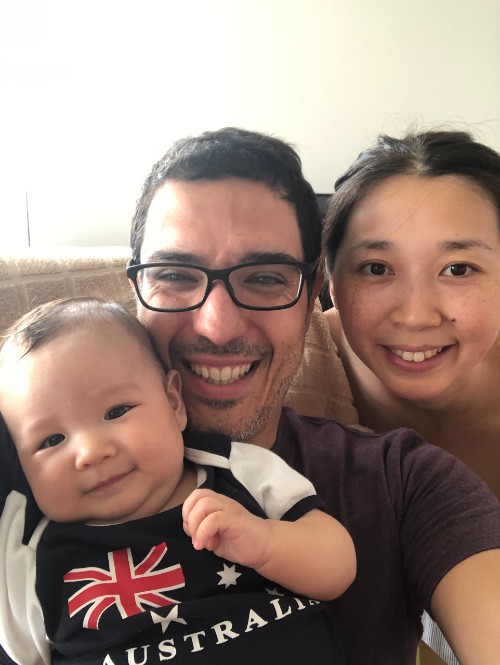 While Ayumi’s career direction has changed since being in Australia (insurance risk assessment), Antonello has also made a change, becoming a volunteer lifesaver at the Coogee Surf Life Saving Club. Now a new passion of his, Antonello can even see Kaito joining nippers!

Speaking to their son in Japanese, Italian and English, the family seamlessly blend all three cultures, wanting Kaito to grow up and understand their respective heritage. While Ayumi has had a hard time building a large network of friends with a new baby and the COVID-19 restrictions, she is really happy with her life here in Australia: ‘I feel especially relaxed and safe living here. We are so lucky to have this beautiful environment which you can’t really get anywhere else.’

We are happy with where we are now, the only thing missing is the extended family who are in Italy and Japan. I think Australia is a really open country, in my office are people from all over the world – Australia gives us opportunity to live and be part of it.

Did your parents start a new life in Australia? Honour their journey by registering their name on the Welcome Wall today.