With around 55,000 museums scattered all over the world, it can be hard trying to decide which ones should be at the top of your bucket list. We've tried to make things a bit easier for you and have compiled a list of our top 12 favourite museums around the globe (in no particular order of course).

Founded in 1753 and opening in 1759, the British Museum was the world's first national public museum. Boasting eight million objects in its collection covering two million years of human history, it's easy to understand why this museum attracts over 6 million visitors each year. Why it's a must see: The British Museum provides a special glimpse into ancient civilizations, featuring the Rosetta Stone, sculptures from the Parthenon in Athens, the Sutton Hoo ship burial helmet dating back to the seventh century and sculpted Assyrian reliefs.

In 2018 the Louvre attracted 10.2 million visitors, making it the world's most visited museum. As a former fortress and royal palace, the Louvre is the world's largest art museum, with over 35,000 objects on display (out of a whopping 380,000 collection items). Why it's a must see: Wander aimlessly as you discover ancient Greek and Roman sculptures like the notable Venus de Milo and Winged Victory of Samothrace, marvel at the various treasures held in the Egyptian galleries and admire artistic masterpieces like Liberty leading the people, the Raft of Medusa, and of course Leonardo da Vinci's Mona Lisa. 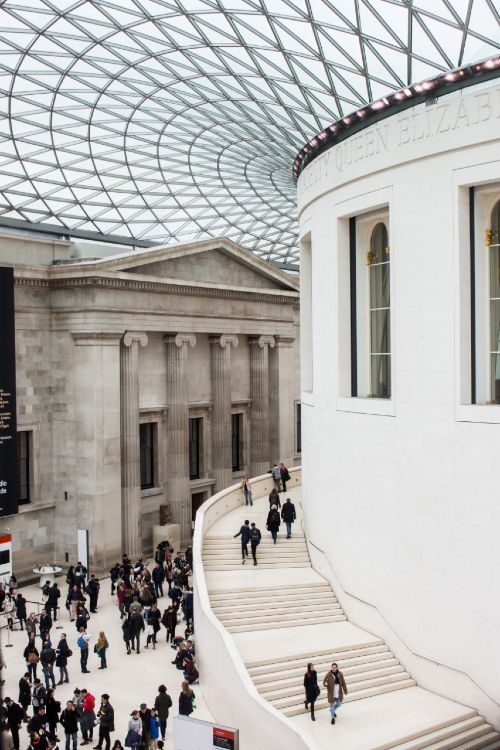 The Great Court inside the British Museum, London. Unsplash, photograph by Nicole Baster

Ranked one of the top five museums in the world, this archaeological museum is devoted to the surviving treasures of the magnificent Acropolis. Why it's a must see: The museum's top-floor Parthenon Gallery houses the temple's 160-metre-long frieze depicting the Panathenaic Procession, while lying beneath the museum are the archaeological remains of an ancient Athenian neighbourhood from the Byzantine years, providing a greater understanding of how the ancient Greeks once lived.

With 17 acres of exhibition space to explore, the Metropolitan Museum of Art (MET) is one of the world's largest museums – with more than two million individual objects in its permanent collection. Founded in 1870 the MET showcases 6,000 years of human history that spans the entire globe from Egypt, Greece, Rome, Africa, Oceania, Europe and of course America. Why it's a must see: The MET holds the only complete Egyptian temple in the Western Hemisphere, the Temple of Dendur that was built on the banks of the Nile.

Spectacularly located at the waterfront in Darling Harbour, the Maritime Museum is Australia's national centre for maritime collections, exhibitions, research and archaeology. With permanent and temporary exhibitions that explore Indigenous Australians' deep connection to the ocean, early exploration, immigration, commerce, defence and adventure. Why it's a must see: Docked at its wharves, the museum has the largest floating historical vessel collection in the world for everyone to climb aboard. Highlights include the Cold War submarine HMAS Onslow, naval destroyer HMAS Vampire, and the Australian-built replica of James Cook's HMB Endeavour.

With 80 galleries and 8,000 objects on display, the Rijksmuseum showcases Holland's art and history from the Middle Ages to the present day. The museum is famous for its collection of masterpieces from world famous artists such as Rembrandt and Vermeer. Why it's a must see: The museum holds Rembrandt's colossal painting The Night Watch, one of the most famous Dutch Golden Age paintings and Vermeer's Milkmaid.

Housing the world's largest and most significant collection of aviation and space artefacts, the museum that started out with 20 kites in 1876 now has nearly 60,000 objects. Why it's a must see: The museum holds the world's first airplane, Amelia Earhart's Vega 5B, the only portion of the Apollo 11 spacecraft to return to Earth and Neil Armstrong's spacesuit.

Spain's national art museum is one of the oldest national museums and is often described as a museum of  'painters, not paintings' due to its collection of works by famous artists Velázquez, Goyam El Greco, Rubens, Titan and Bosch. Why it's a must see: With paintings, drawings and sculptures that reflect the history of Spain, it's well worth-visiting, highlights include The Garden of Earthly Delights by Bosch, Saturn Devouring his Son by Goya and the Three Graces by Raphael.

The Terracotta Army is one of the most famous archaeological discoveries in the world, with more than 7,000 life-size terracotta figures of warriors and horses arranged in battle formations. Made a UNESCO World Heritage Site in 1987, the Terracotta Army was constructed in 246-206 BC to accompany the tomb of China's first emperor, Qin Shi Huang and protect him in the afterlife. Why it's a must see: Standing guard for over two millennia, the terracotta warriors and horses showcase the exceptional technical and artistic qualities of Chinese sculpture, with every figure having different facial expressions, features, clothing, hair style and gestures. 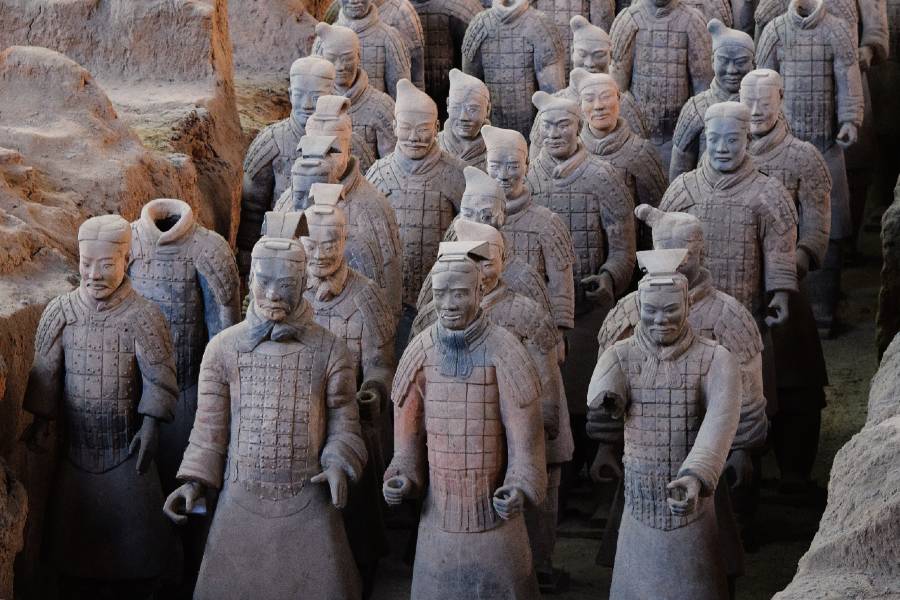 Some of the impressive terracotta warriors held in Xi'an, China. Photograph via Unsplash

With over three million items, it's estimated that it would take 11 years for an individual to view each item for one minute in the Hermitage's vast collection. With 360 rooms encompassed within the Winter Palace, the Hermitage serves as a comprehensive history of Western European art. Why it's a must see: Spanning from the Stone Age to the early 20th century, see highlights like Leonardo da Vinci's Benois Madonna,Picasso's Portrait of Soler, the head of Athena and marvel at the gilded glamour of the Winter Palace.

Caring for more than 80 million specimens spanning billions of years relating to zoology, paleontology, botany and geology, the Natural History Museum is devoted to the discovery and enjoyment of the natural world. Why it's a must see: With specimens such as an eight-metre-long squid, 82ft skeleton of a blue whale, and the popular dinosaur and mammal rooms, the museum contains various things that will make you go 'ooh' and 'ahh'.

Founded by Pope Julius II in the early 16th century, the Vatican Museums holds an extensive collection of art, archaeology and ethno-anthropology that has been gathered by popes over the centuries. Why it's a must see: The 120-metre-long corridor that makes up the Gallery of Maps is one of the most visually stunning rooms, due to the decorative ceiling and the 40 16th-century topographical maps of Italy. You also can't miss the Sistine Chapel which contains one of the most famous artworks in the entire world – nine scenes from the book of Genesis painted by Michelangelo.