Marine scientists visited the museum today to install 40 settlement plates that will collect marine growth such as seaweed, oysters, barnacles and sea squirts, in order to investigate factors that can reduce the establishment of species that aren’t native to Australia. We spoke to project leader Dr Nina Schaefer while she was on-site to find out more. 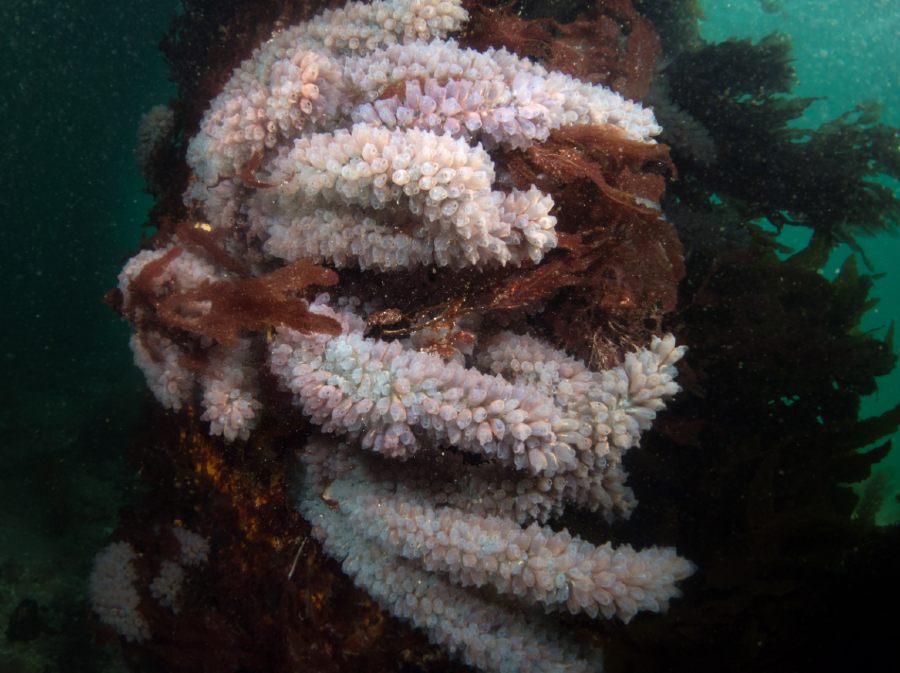 What do you do?

I’m a marine scientist at the Sydney Institute of Marine Science (SIMS). My research focuses on natural and artificial habitats in urban environments, with an emphasis on informing eco-friendly marine infrastructure designs.

I’m interested in how artificial structures can be designed to increase the diversity of associated communities, while minimising negative impacts – such as the establishment of invasive species.

Can you tell us about the project?

Introduced marine species arriving as biofouling (marine growth) on boats can reduce native biodiversity and can be expensive and impractical to eradicate once established.

This project investigates what factors can reduce the establishment of species that are non-native to Australia. The results will help inform future design of port infrastructure to enhance marine biosecurity. 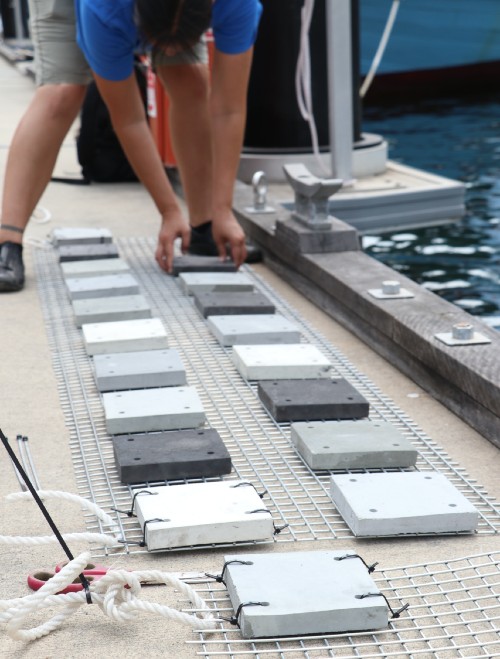 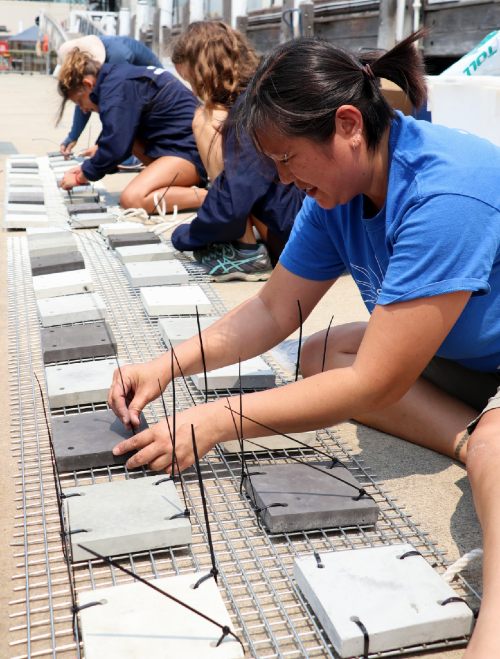 The team securing the settlement plates with cable ties so they stay in place over the next three months. ANMM image

What are the settlement plates for?

The settlement plates act as passive sampling devices which are used to survey marine growth in a particular area. This is done by providing free space that the organisms can use to settle on and grow. The plates can be designed to investigate how different factors influence the settlement of these organisms.

The plates used in this experiment are made of concrete and differ in brightness, composition and microtexture, and have specifically been designed to test whether these factors influence the colonisation of organisms that are not native to Australia.

The team lowering one-half of the settlement plates into the water. ANMM image

So what will happen to the plates now that they have been installed?

Now that the settlement plates have been deployed below the waterline, the plates will be collected and surveyed in three months’ time. We expect there will be rapid growth and we’ll be able to judge which designs reduce or enhance the settlement of introduced species.

The same tiles are also being tested in Port Phillip Bay in Victoria, and the Port of Townsville in Queensland to see if there are different results when the tiles are placed in temperate and tropical waters.

Be sure to stay tuned for the results!

For more information on invasive marine species and how you can help, visit Marine Pests.

View all posts by Laura Signorelli→
Posted in: Oceanography
↑