Our new exhibition, Bligh: Hero or Villain? challenges the popular narrative that surrounds William Bligh, where you can judge this infamous historical figure for yourself and vote. Last month at our sold-out Ocean Talk, Peter FitzSimons and Rear Admiral Peter Briggs went head-to-head, debating this age-old question and exploring Bligh's many sides.

We caught up with Peter FitzSimons to talk about the continuing fascination with Bligh and what surprised him the most when writing Mutiny on the Bounty: A saga of survival, sex, sedition, mayhem and mutiny.

What inspired you to write Mutiny on the Bounty?

I was at a 60th birthday party when producer and actor, Tom Burstall told me about the mutiny and I thought it was too good to be true! When I got home I googled it and found it was every bit as good as he described. So over the next two years, my researchers and I sought out all the diaries, logs, letters, testimony and transcripts that surrounded the saga.

Why are we still fascinated by William Bligh?

Because I think it's a timeless story. A lot of people look at it and put themselves in that position as if they're on the deck on the Bounty. If there's a mutiny led by Fletcher Christian against William Bligh – who would I lineup with? What would I do if I was in that position? Personally I have no doubt I would have lined up with Fletcher Christian and probably would have been egging him on for weeks past because I find Bligh absolutely not to my taste. He was a brilliant navigator, he was a brilliant seaman but I think he was a bastard’s bastard. 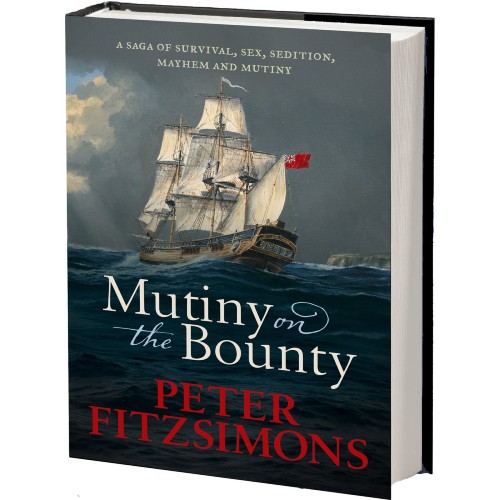 Mutiny on the Bounty by Peter FitzSimons

Why should modern audiences care about William Bligh?

He's a very significant figure in history. He was the governor during the Rum Corp rebellion, and he was a brilliant a navigator - there is no doubt about that. There's an island off the north coast of Queensland that Bligh (when he was in his long boat after the mutiny) worked out the coordinates for and wrote them down and mapped it. When sailing the Endeavour, Captain Cook also came up with particular coordinates for the island, with very sophisticated instruments. Bligh, almost fighting for his life with very primitive instruments made similar calculations and came up with different coordinates.

When Matthew Flinders was going around Australia in 1803, he had the two maps of the two men and he checked who was right – it was Bligh. So if you say you’re possibly a better navigator than Captain Cook you’re doing very well indeed.

What surprised you the most about William Bligh when writing your book?

I was talking about this with my principal researcher just the other day – just how much detail is available historically. When you go back to the original documents related to the morning of the mutiny, you can pretty much track minute-by-minute who said what at the time, what kind of light was available in the early dawn, which way the shadows went, and what Bligh was wearing. It was extraordinary to myself and all of my researchers just how painstakingly you could take all the scattered pieces of testimony, and eyewitness accounts, put it all together, and it's all there – this is what Bligh said. 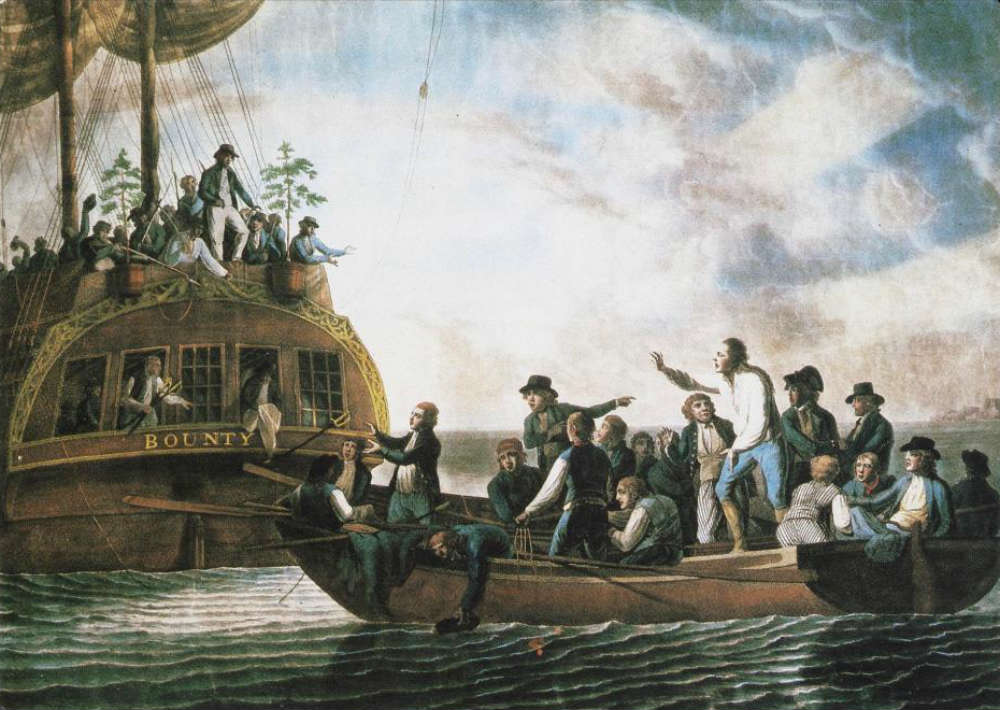 Do you think popular culture especially the various movies have done a service or disservice to Bligh and the story of mutiny?

I am of the view that Bligh is a bastard’s bastard and it might be that popular culture has been a little kind to Bligh. Popular culture focuses on the mutiny on the Bounty, it doesn’t go into the rest of it. He had five mutinies on his record – everywhere he went there was a mutiny! The most extraordinary thing about the mutiny on the Bounty is they left Tahiti on 4 April 1789, and the mutiny takes place at the end of the month.

When they leave Tahiti, there were never happier men in the history of the world! They had time in this island paradise, overwhelmed by beautiful women who wanted to be their lovers, eating, drinking and carrying on. They get on the ship, they’re sad about leaving Tahiti but they're very happy. Within three weeks, even though there is a penalty of hanging for those who would take part in the mutiny, over 20 of them say I don't care about the hanging, I can't stay on this boat with this bastard a day longer.

Was Bligh a hero or villain?

Total villain. A villain’s villain and a bastard’s bastard – but a brilliant navigator.

While he wasn't a physically violent man, he was a verbally violent man – belittling just about everyone around him. The only person he was nice to was his wife and children which is something of a saving grace.

View all posts by Laura Signorelli→
Posted in: Bligh , Exhibitions
↑