The 1848 Revolution in France led to the exodus of a unique group of refugee artisans now known as the lacemakers of Calais. Curator Kim Tao profiles the story of Edward Lander, chairman of a committee representing nearly 650 English laceworkers and their families, who sought a fresh start in the Australian colonies.

In May 1848, as the three-masted Harpley set sail from London down the River Thames, passenger Mary Ann Lander (née Simpson) went into labour with her eighth child. Perhaps it was due to anxiety about the long sea voyage to South Australia, or the thought of bidding a final farewell to Mother England. Regardless, the birth of baby Adelaide at sea was fortunate timing. Had she arrived any earlier, Mary Ann and her husband, English lacemaker Edward Lander, may have been ineligible to emigrate owing to the government’s restrictions on large families with young children. It would be the Lander family’s second migration in less than a decade. 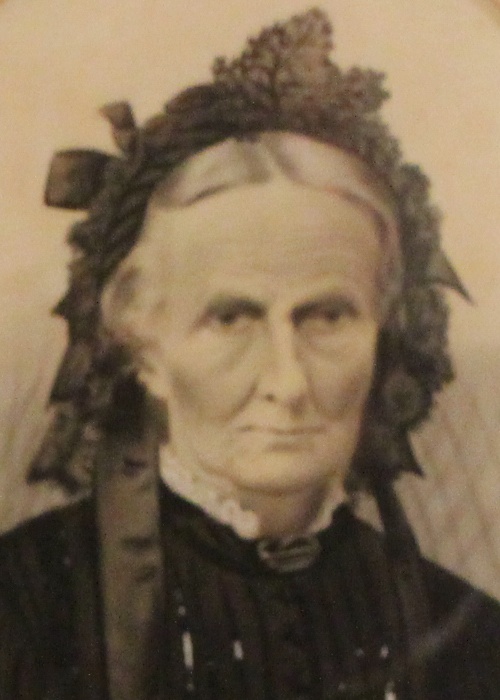 Edward Little Lander (1811–1895) was the youngest of three children born to Captain John Hudden Lander and Mary Ann Little. Captain Lander was a leading English trader, primarily in grains, and his work took him across the Mediterranean, the Levant and the Black Sea. He led a peripatetic existence and was known to have resided at Odessa in southern Russia, Prussia, northern Russia, as well as Valletta in Malta, where Edward was born in 1811. Although Edward Lander was descended from a long line of seafarers who had made their living on the world’s oceans, he would establish his name in the machine-lace trade in Nottingham, in England’s industrial northern interior.

In the early 19th century, Nottingham, in the East Midlands, was an important centre for the production of machine-made lace. It was also a densely populated town of crowded tenements, deprivation and disease. In the early 1830s an outbreak of cholera and smallpox resulted in the deaths of 300 residents. The average age at death among the inhabitants of several Nottingham districts was just 14 or 15 years – the lowest of any city or town within the British Empire. In 1835 Edward and Mary Ann’s second eldest daughter, two-year-old Harriett, died from a childhood disease, most likely measles. With such conditions prevailing in Nottingham, it is little wonder that they decided to try their luck on the Continent.

In 1816, at the end of the Napoleonic Wars (1803–1815), the Englishmen James Clarke, Robert Webster and Richard Bonnington dismantled a Leavers loom (lace machine) and smuggled the parts from Nottingham to Calais in northern France, where it was reassembled in a house on Quai du Commerce. More lace machines and laceworkers followed, despite the British government enforcing strict sanctions on both the exportation of its complex machinery and the migration of skilled artisans abroad. By the early 1840s there were some 1,500 English laceworkers in France, the majority in Calais, and the French city surpassed Nottingham as the centre of European lace manufacturing. 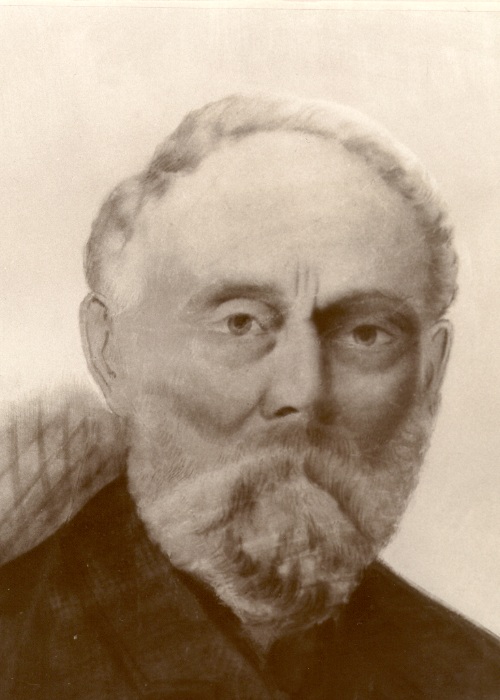 In 1842 Edward, Mary Ann and their four surviving children, Mary Ann, Edward, John and Emma, undertook their first migration, sailing across the English Channel to the port of Calais. They lived at Rue Vauban in the suburb of Saint-Pierrelès-Calais, where Edward was employed as an ouvrier en tulle (worker in tulle) for the English lacemaker Mr W Press. Sadly the move to Calais would not shield Edward and Mary Ann from further tragedy. In 1843 their eldest son, eight-yearold Edward, drowned while attempting to recover a gold coin he had dropped into one of Saint-Pierre’s many canals. The coin is thought to have been given to the young Edward by his grandfather, Captain Lander. Later the same year, Mary Ann gave birth to a daughter, Rosina. Another daughter, Clara, was born in 1845.

By the early 1840s there were some 1,500 English laceworkers in France, the majority in Calais

Both Rosina and Clara were born and raised against a background of industrial, economic and political turmoil in Europe, culminating in the French Revolution of February 1848. This resulted in the abdication of the ageing King Louis Philippe I and the establishment of the French Second Republic. For English laceworkers such as Edward Lander, the prospects in France were bleak. The market for lace had collapsed, the Calais factories were closed and their masters returned to England. However, return was not feasible for workers like Edward, because of the already high levels of unemployment and destitution in Nottingham.

On 21 March 1848, as the plight of the lacemakers of Calais became increasingly desperate, a meeting was held at the English Church in Saint-Pierre-lès-Calais, at which Edward Lander was elected as the chairman of a small committee to represent the distressed laceworkers. The committee prepared a petition proposing their ‘emigration to one of the British colonies, South Australia preferred, where workmen are scarce and labour wanted, our experience having shown us the great advantage they possess who live under the protection of the British Government.’ [1] The petition was accepted by Edward Bonham, the British Consul in Calais, who forwarded it to the British government with a list of 642 men, women and children wishing to resettle in the Australian colonies. 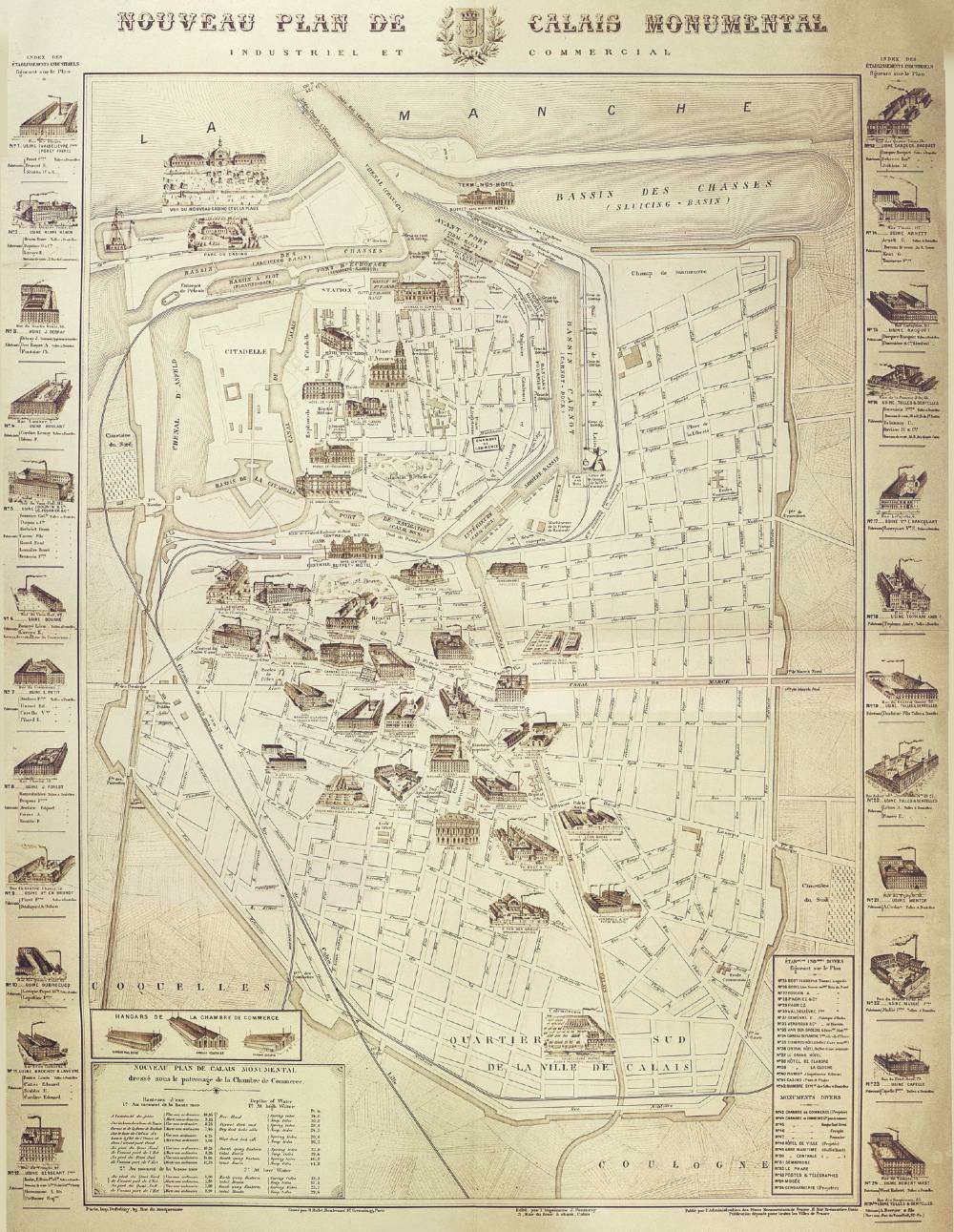 The British authorities expressed some initial reservations about their suitability as emigrants. There was a large number of families with young children – indeed, more than half of the prospective emigrants were children, and a third were under the age of 10. Furthermore, the men practised a trade that was deemed of little value to the colonies, where the immigrants most in demand were agricultural labourers, shepherds and domestic servants.

But the government was ultimately persuaded by the support of the British Consul in Calais, and the understanding that the laceworkers would place a significant burden on their own parishes if they went back to England. Nottingham’s workhouses were overflowing with people who were unable to provide for themselves.

An agreement was reached and appeals were launched in London and Nottingham to raise part of the funds required to assist their emigration. Eventually 575 laceworkers and their families were approved for emigration. [2] They were transported from Calais to London and Plymouth to prepare for embarkation on one of three vessels: Fairlie departing in April, Harpley in May and Agincourt in June. Edward, Mary Ann and their five surviving children, Mary Ann (17), John (10), Emma (eight), Rosina (four) and Clara (three), embarked from Deptford, in south-east London, on the square-rigged Harpley on 12 May 1848.

The lacemakers of Calais had made a timely departure from France, just before the second phase of the 1848 Revolution. On 23 June 1848, in a brief but bloody rebellion known as the June Days uprising, French workers staged a massive demonstration at Place de la Bastille in Paris. Over the next three days, more than 10,000 demonstrators and troops were killed or injured. The Revolution was over, and in December 1848, a new parliament was elected with Louis Napoléon Bonaparte as President of the Second Republic.

The lacemakers practised a trade that was deemed of little value to the colonies, where the immigrants most in demand were agricultural labourers, shepherds and domestic servants

By this time, the Landers had settled in South Australia, having arrived at Port Adelaide on 2 September 1848 after 113 days at sea. In Adelaide it is believed that Edward was employed as a school teacher in the suburbs of Birkenhead and Thebarton, before joining the South Australian metropolitan police force in March 1849.

In May 1849, tragedy struck the Lander family once again when one-year-old Adelaide, born on the day that Harpley sailed from England, died from exhaustion related to whooping cough and diarrhoea. In October 1851, Mary Ann gave birth to her ninth child, Herbert, in Thebarton.

In February 1852, Edward resigned from the South Australian police force and spent a few years farming at Thebarton and Riverton, before moving the family to rich farming land in the Western District of Victoria. By then Edward and Mary Ann had lost three of their nine children: Harriett in Nottingham in 1835, Edward in Calais in 1843, and baby Adelaide in Adelaide in 1849. Their eldest daughter, Mary Ann, married John Ottaway in 1850 and the couple had 13 children. Edward and Mary Ann’s eldest surviving son, John, worked as a bricklayer in the Riverton area and later accompanied his brother-in-law, John Ottaway, to the goldfields in Victoria. John Lander married Eliza Kook and they had 14 children. Eliza was the daughter of German immigrant Hermann Kook, who surveyed and set out the township of Hahndorf in the Adelaide Hills in 1839.

After the passage of the Crown Lands Alienation Act 1861 (allowing free selection of crown land), the Lander family made their final move from Victoria to New South Wales, taking all their personal belongings, livestock and farming equipment. The family probably followed a route from Coleraine through the towns of Hamilton and Dunkeld, around the eastern foothills of the Grampians to Ararat, Maryborough, Castlemaine, Bendigo and Echuca, before crossing the Murray River into New South Wales. By 1876, the extended Lander family was settled on land at Darlington Point in the Riverina district of south-western New South Wales, where they would make their living over the next century as graziers raising Merino sheep.

Edward Little Lander, lacemaker and grazier, died in 1895. His name was registered on the Welcome Wall by his greatgreat-grandson Richard Lander, who is a foundation member of the Australian Society of the Lacemakers of Calais. Richard is forever grateful that his great-great-grandfather, Edward, had the courage and foresight to emigrate with his family to Australia. His name on the Welcome Wall is a small recognition of that courage.

The author wishes to thank Richard Lander for his assistance with this article.

For 20 years, the Welcome Wall at Pyrmont Bay Wharf has celebrated and recorded the stories of those who left their native shores to make Australia home. The museum is planning a renewal of this project, with a new launch in late 2019.

View all posts by Kim Tao→
Posted in: Welcome Wall
↑