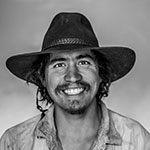 Hurry, book your ticket to see Jonesy live this Thursday 2 May 2019 as he shares inspirational stories about the spirit of adventure.

Justin Jones ‘Jonesy’ is best known for kayaking 3,000km ‘across the ditch’ from Australia to New Zealand with James Castrission in 2008. Since then he has made a career of undertaking epic record-setting expeditions including skiing to the south pole and back and walking across the Australian outback with his wife and 1-year-old daughter. He currently holds two Guinness World Records and holds a place as one of Australia’s ‘50 Greatest Explorers’ of all time - all achieved before he reached 30!

So, what does it take to be a modern adventurer? Here, Jonesy gives us his top 3 insights in this exclusive interview.

I didn’t set out to be an adventurer. It’s something I fell into by following what I was passionate about. The idea to cross the ditch, to kayak from Australia to New Zealand, was sparked during a trip in late high school. We paddled the length of the Murray River – 2,560 kilometres in 49 days. Then I noticed on the map that the distance from Australia to New Zealand was about the same, so why couldn’t you kayak from one shore to the other? What was the difference between kayaking that far on a river versus the ocean?

We didn’t start planning the trip for another three years and then it was a lot of training and research to prepare to cross the ditch. What kind of vessel did we need? What safety equipment? Learn how to kayak at sea! I honestly don't believe you should let the lack of skills stop me from getting in the way of having a dream (I also wasn’t a skier before Antarctica). In the end we had a 100-page blueprint of plans and preparation.

Which is probably the part I really enjoy aside from the adventure, thinking through and problem solving. I did science at university and that informs my thought process and risk mitigation. It also means that I like to get caught up in the details and go down these little rabbit holes, because I find it quite fascinating.

The idea to ski to the South Pole came to us when we realised we were 4,000 kilometres from Antarctica as we crossed the ditch. If just turned south, could we reach the land of explorers? Scott and Mawson. It was such a different environment than the open sea.

From the sea to more frozen climates. Image: Justin Jones.

After that, sea and cold, I wanted to explore the bush and desert. I hope to eventually do another sea based adventure, but probably in something bigger than a kayak next time! Sailing in a boat would be good.

I honestly don't believe you should let the lack of skills stop you from getting in the way of having a dream.

I’ve never been in more pain than at the end of the Antarctica trip. I lost 30 kilograms in 89 days. We were each burning 10,000 calories a day and our rations were only 6,000 calories a day (and dropped to 3,000 calories per day by the end). When we finished I weighed 76 kilograms, which is too light for my frame. I put on 12 kilograms in the first three days back on the base. I had the worst re-feeding syndrome. But the chocolate brownies were amazing.

But it’s more a mental battle than a physical battle. You really have to train your body but it’s your mind, that’s ultimately going to be the deciding factor of whether you get through something or not. And the best thing you can do to prepare for these expeditions is the previous trip: the mental discipline and experience of the previous trip is the best test of how you will cope the next time you push yourself. Push the box you live in, and see how your mind reacts. Your mind is constantly readjusting to a new baseline. When we were preparing to cross the ditch we would always do a Sunday kayak to Palm Beach, no matter the weather. Sometimes it only took 6 hours, other times up to 14 hours. That tests you. But you learn from it.

I also learnt that you can’t reason with a one-year-old in the middle of the outback. It’s hard to keep going to the next point on no sleep with a crying baby.

3. Choose your own adventure

I don’t think I fit the preconceived idea of an ‘adventurer’. You don’t have to be the peak human specimen to do these adventures – fit, prepared yes, but I’m a very average human from a physical perspective. 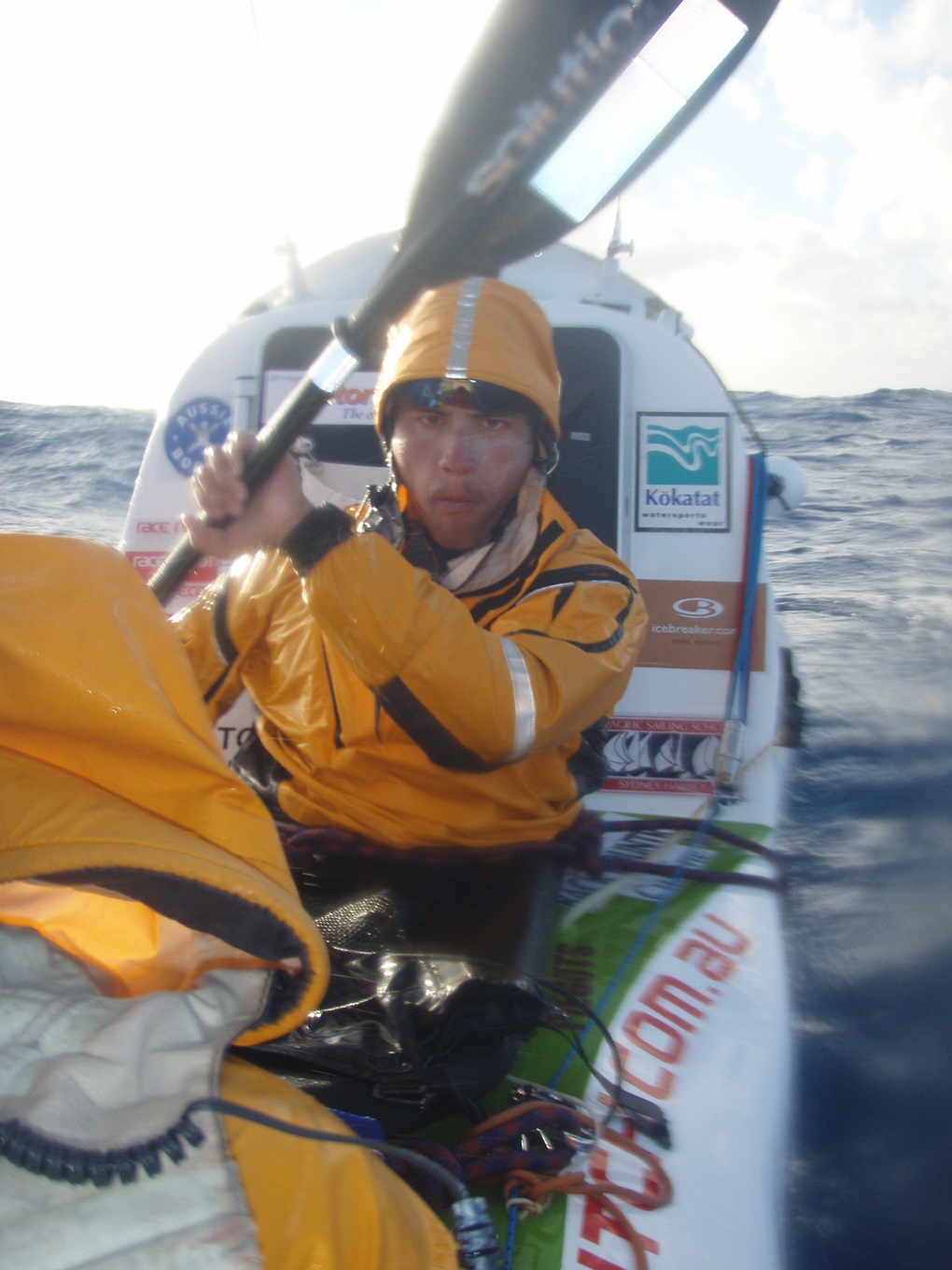 I live near the beach in Sydney. I’m at home in both busy cities and in the bush. But it’s the quiet moments, bobbing on the ocean or when you sit down and take in the view from the mountain. You’ve earnt that moment. The solitude. There’s a sense of calm and peace. When I’m home the closest I come to that feeling is when I go spear fishing – you leave civilisation at the water’s edge, you’re back to being in the moment.

I’ve followed a hobby into a career, each project and challenge which lead to the writing books, documentaries and the speaking circuit. I couldn’t have predicated this. I fully expected to return to science after crossing the ditch.

The world records are a consequence, never a goal of the expeditions. You want to test yourself, there’s something almost romantic about these remote environments. There’s certainly an element of wanting to do something that hasn’t been done before. But also, for example, Antarctica, was really simple: it was a matter of survival, a matter of completing the quest and day to day survival. All the other thoughts and fears – especially of modern life – just fade away.

You can view kayak Lot 41 and a mini-exhibition about the journey crossing the ditch in the museum’s Wharf 7 building.

View all posts by Kate Pentecost→
Posted in: Events , Vessels , From the collection
↑