The museum has followed the long story of Gundagai community members and descendants efforts to have a posthumous bravery award to two Aboriginal men who saved the lives of 68 people during the great flood of 1852. 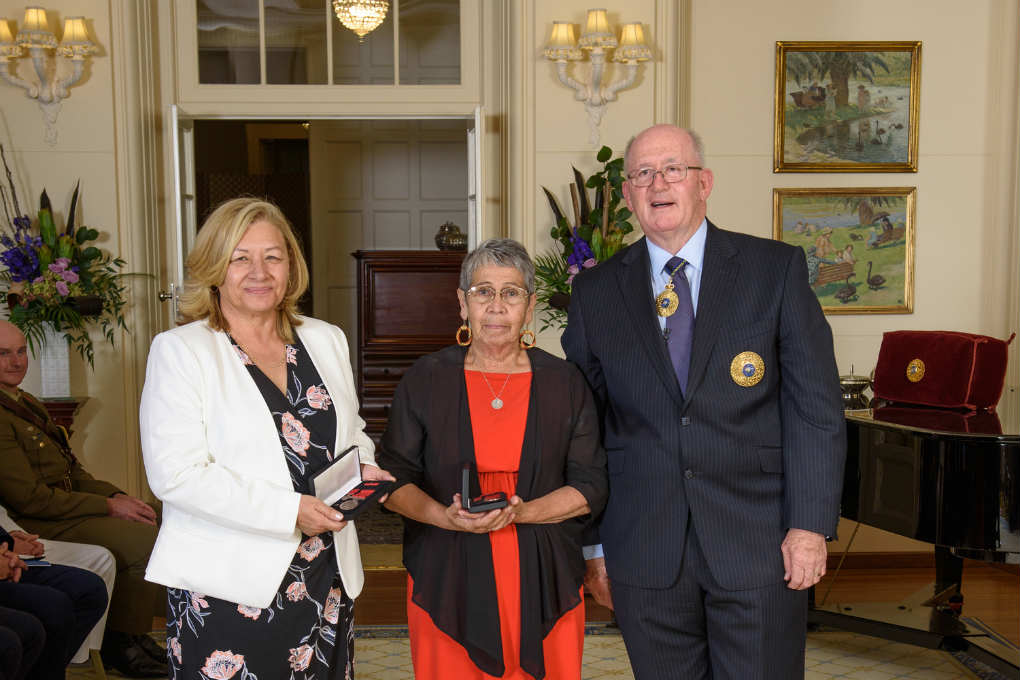 On April 10th, the Governor-General Sir Peter Cosgrove presented the medal to Aunty Sonia Piper from the Brungle community and Roslyn Boles a descendant of Yarri in the annual awards ceremony in Canberra. 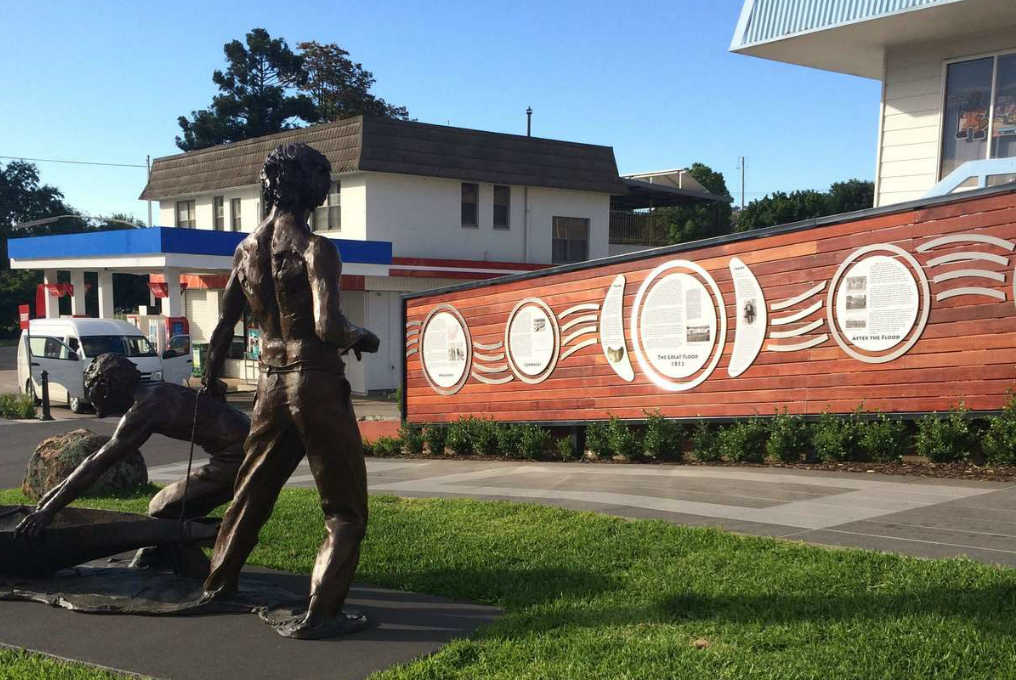 The bronze statue of Yarri and Jacky in the main street of Gundagai. Photograph Stephen Gapps

Wiradjuri men Yarri and Jacky used bark canoes to save lives when the Murrumbidgee River flooded the NSW Riverina town of Gundagai in June 1852. As the floodwaters rose to record levels over three days, the men picked up stranded townspeople in their canoes and took them to safety. The river was a torrent and full of snags and logs and no other boats proved as useful as their canoe. Another 89 locals died – almost a third of the town’s population - as the original Gundagai township built on the flood plain (against the advice of local Aboriginal people) was swamped by two metres of water. 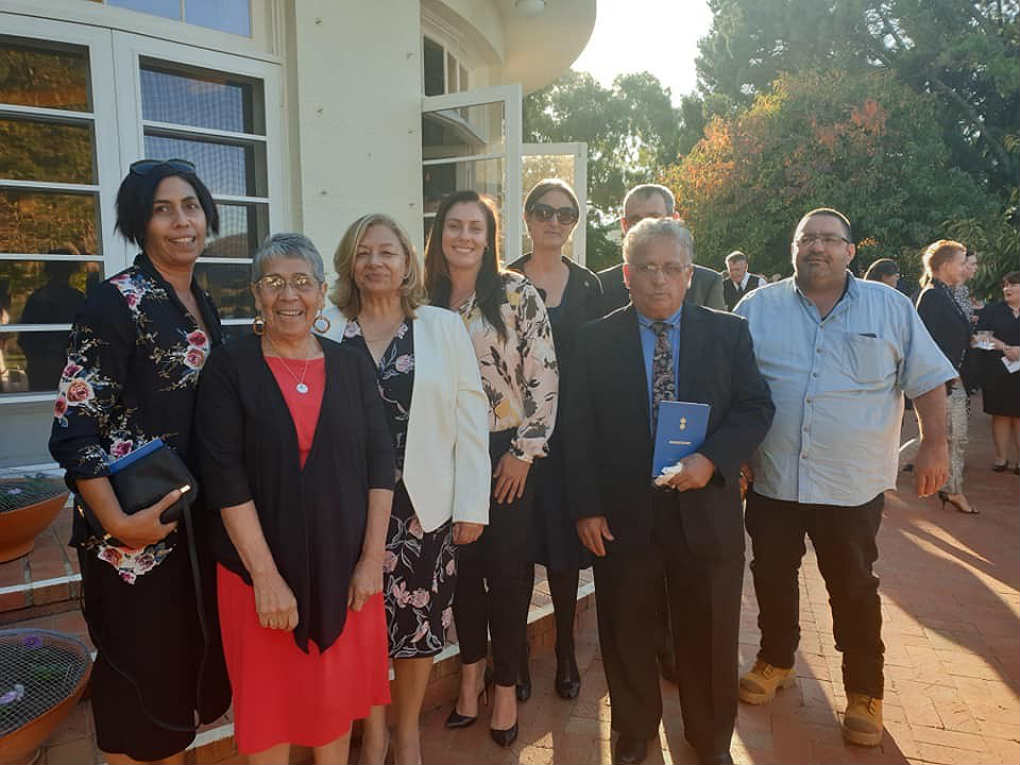 Compared to the well-known dog sitting on a tuckerbox five miles from Gundagai story, the story of Yarri and Jacky has never been well known or properly recognised. At the time, for their efforts in saving nearly a third of the township, Yarri and Jacky were given engraved breastplates and a small reward. Over time, some descendants of non-Aboriginal people saved by the two heroes had assisted in erecting plaques. But the story of two of the greatest lifesavers in Australian history had not received widespread recognition. Until now. 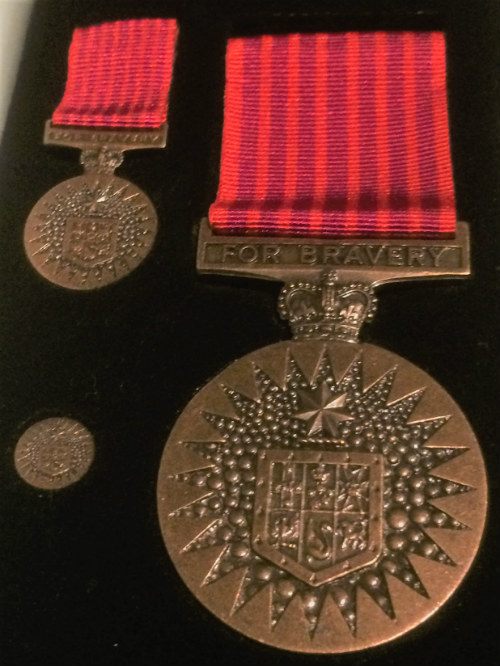 The bravery award that was accepted by Roslyn Boles on behalf of Yarri and Aunty Sonia Piper on behalf of Jacky. Photograph Peter Smith

More than 160 years after their heroic feat the history of its remembrance or rather, lack of remembrance, has finally changed. In June last year the Cootamundra-Gundagai Regional Council unveiled a sculpture of Yarri and Jacky in the main street of Gundagai. In August 2018 community efforts to have a posthumous bravery award finally came to fruition. In April this year, the awards ceremony occurred and the medals that honour these two Wiradjuri heroes were presented by the Governor-General. 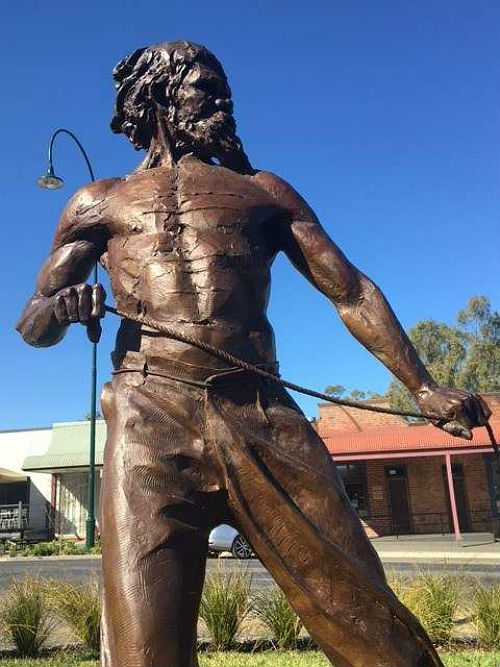 So next time you are travelling along the M5 freeway be sure to stop in at Gundagai and check out the amazing sculpture, read about their history, and imagine the sight of the Murrumbidgee River in full flood.