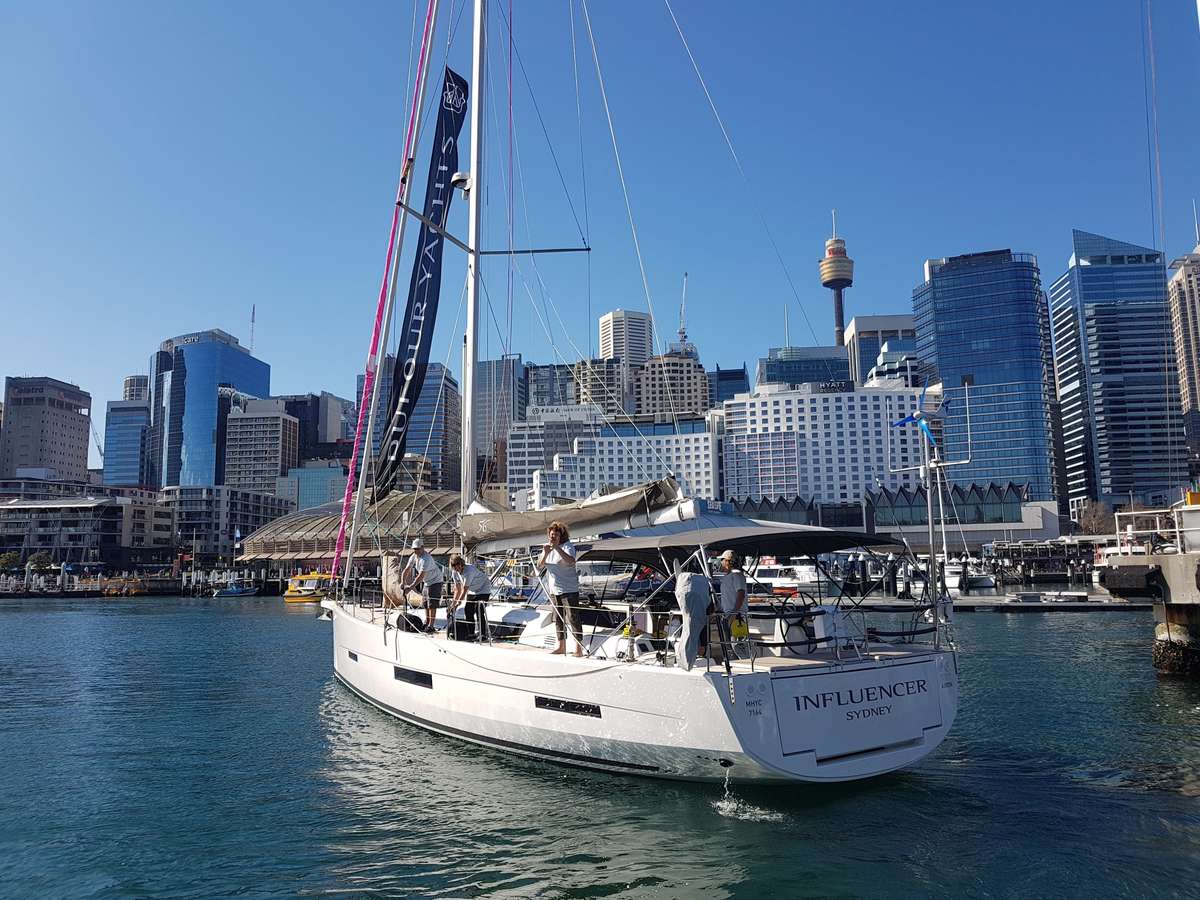 Matt Hayes, an Australian Olympic sailing champion, has departed on this once-in-a-lifetime adventure of the World ARC in his trusty Influencer. Image: Gail De Raadt/ANMM.

The World ARC is a bucket list item for many yachting enthusiasts. The sailing rally is a round-the-world adventure, covering 26,000 nautical miles over 15 months. Following the classic trade winds, this circumnavigation event attracts over 200 boats and 1200 participants every year. Not only is it about circling the globe, but also the friendships formed between sailors from around the world.

Matt Hayes, an Australian Olympic sailing champion, is about to depart on this once-in-a-lifetime adventure and gave us a behind the scenes look at what it took to prepare for such an adventure on the high seas. 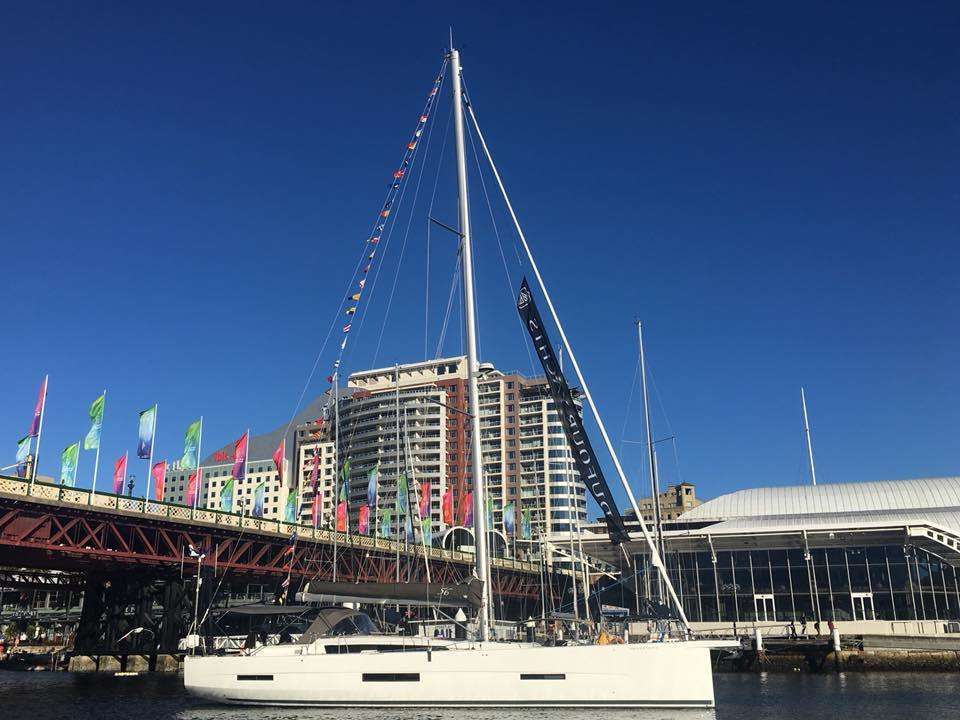 Influencer, Matt Hayes’ choice of yacht for the World ARC.  Matt’s sailing business, Sydney by Sail, has been based at the Australian National Maritime Museum for over 20 years. Image: Sydney by Sail.

Sydney by Sail has had a home out the front of the museum for 20 years. Founded by Matt Hayes in 1995, Sydney by Sail was opened to share the beauty of Sydney Harbour with anyone who has three hours spare to book a sailing adventure in one of the most beautiful harbours in the world. Matt feels that the thrill of the water should be accessible to anyone and everyone, any height, age or stature. Last year Sydney by Sail showed our harbour to some 9000 customers – including a 90-year-old man!

Sailing, Matt laments, has often been the playground of the rich with exclusive yacht clubs and expensive boats. But sailing is synonymous with Sydney Harbour, not only do we have a rich history of regattas and yacht races as a beloved pastime but even the sight of yachts on the harbour is iconic: What is a postcard of Australia without the sweeping sails of the Sydney Opera House?

Matt was enamoured with the water from an early age and began sailing with his father at the age of 4. He represented Australia at the 1996 Olympics and is a regular skipper in the Sydney to Hobart Yacht race. He has competed in the Admirals and Kenwood Cups. So its little surprise that the World ARC was on his bucket list but it is not about ticking boxes or claiming glory, it’s simply ‘a healthy way to push your comfort zones and there’s never a right time…so why wait?’

Sailing for Matt is about living in the moment. Time feels different on the water and of course, there is the endorphin rush of the wind in your sails. It’s meditative to be at one with the ocean and sea life. It awakens that sense of travel embedded deep within the human psyche: We are travellers by nature and exploration is always calling.

But even for a sailing champion, preparing for a circumnavigation rally is not an easy feat.

The planning began over two years ago with a list. A list of all the things they needed for the trip (including a new yacht), the safety checks to perform, the training, the supplies and working out when to join the World ARC.

Gantt charts became Matt’s life and project management became a well-honed skill. The preparation for departure was almost as skilled as sailing the rally itself.

Food on board was prepared with as much thought. There are pre-cooked meals for when the swell is too much to cook in, tea cups with lids, rubber bottomed bowls so your meal doesn’t slip around the table, flatbread for the bulk of the trip as it takes up less space in the hold. Fresh fruit will be brought in each port but keeping the fruit fresh was a conundrum. There are garbage storage systems onboard as well, as the team will only be able to dispose of rubbish at the occasional port along the route. There’s also quite a stock of peanut butter according to their Facebook.

Everything stored on the vessel has a specific place. Matt and the team could add ‘Tetris champions’ to their biographies for the level of precision required to plan this aspect of the trip. Sadly, they couldn’t fit any scuba equipment on board, so no recreational scuba diving during this trip (but there will be plenty of swimming).

The team need to be versed in mechanics, engineering and basic electrics too as when you are in the middle of the ocean there is only you to fix the water pumps or repair the motor.

The team of five have all completed their first aid and sea safety certificates as well as training in fire drills and knowledge to use the medical kit onboard. In the lead up to departing, the support medical team has also organised blood tests, vaccinations and medical checks for the crew. There were wills and finances to sort out as well. 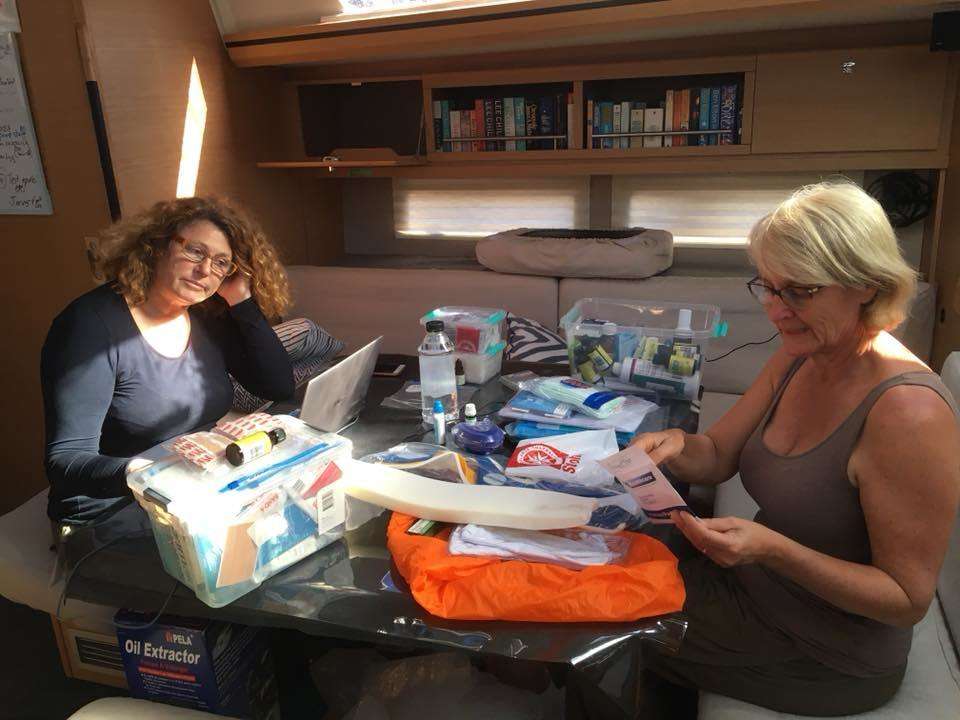 They have devised an exercise regime to keep their fitness up onboard. Even with the electric winches of Influencer, the team will need to have the stamina to race around the deck, trim the sails and keep their balance.

As much as this is a dream adventure for Matt, safety comes first. Matt comes from an extensive racing background and part of undertaking the World ARC meant he had to expand his sailing skills to be suited to cruising sailing. As he said ‘I would rather get there safely than get there fast’.

There are a few big no-nos for the trip:

You’re only as strong as your team

In January Matt and the team did a trial voyage to Lord Howe Island. This was to check their equipment and supplies but was also a vital test of how well the team worked together.

A team that works together is not only essential to the success of the rally but greatly adds to the enjoyment of the adventure. In this way, the mental and emotional preparations for the trip are almost as vast as the equipment list and Gantt charts. A good crew pulls their weight, pitches in, follows the command chain and works like clock-work.

Matt and the team have set off in Influencer heading towards Darwin, where they will join the World ARC rally in September. By December they will have reached Cape Town, via the trade winds, where they have scheduled six weeks to refit Influencer. Then it’s onto Brazil, crossing the Atlantic Ocean, in time for Mardi Gras. They will be back in Sydney next May to skip hurricane season before re-joining the rally in January 2020.

Visit Sydney by Sail at our Festival Pontoon, near Pyrmont Bridge.

View all posts by Kate Pentecost→
Posted in: Arts and Culture
↑