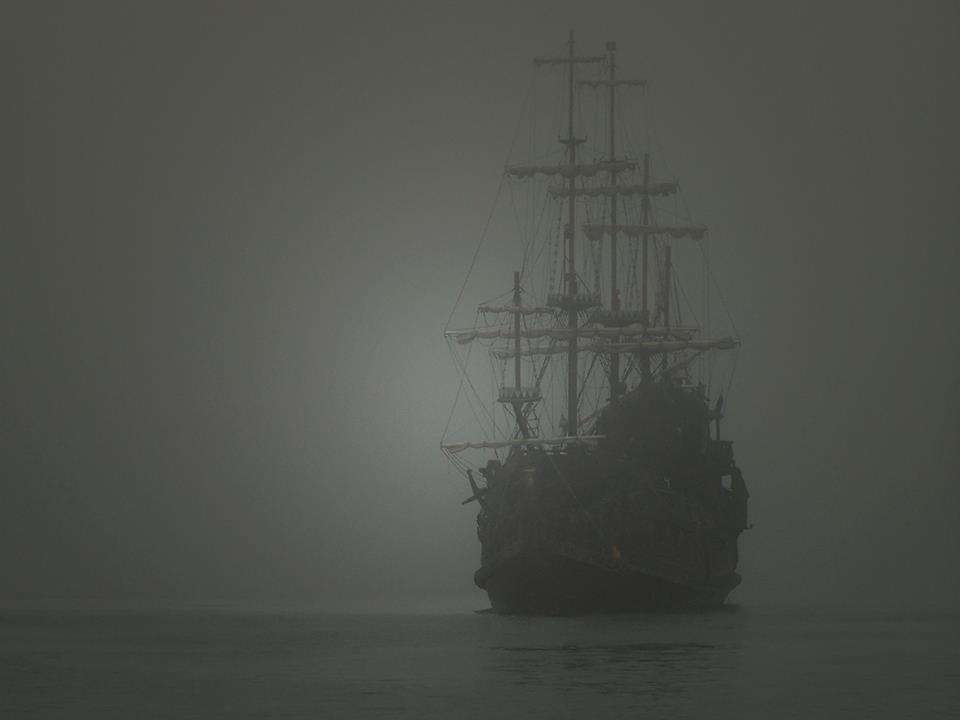 Ghost ship – Self-steering and completely intact, the Sea Bird appeared to onlookers as if it was being guided by a ‘mysterious power’. Image: Unsolved Mysteries in the World.

One of the upsides of the eerie Halloween season is that you can let yourself dwell on the macabre. Even if the rest of the year you envision yourself as a hard-nosed cynic, on Halloween you are allowed to drop your scepticism and ponder the impossible ‘What if…?’

For maritime folk, there is no end of unnerving tales to scare yourself with. Oceans are vast and humans have sailed the seven seas long enough that you can take your pick of myths or unsolved mysteries that will keep you awake with chills, well into the night. Leaving aside sea monsters, murderous pirates or alien encounters, it is the appearance of ghost ships that can really raise the hair on your neck. The thought of these silent and abandoned vessels aimlessly making their way across oceans is disconcerting, to say the least. 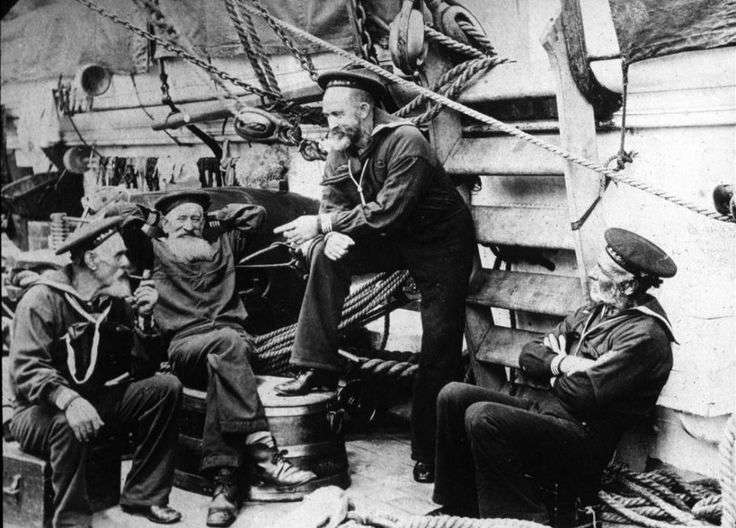 Sailor Tales – Tales of ghostly encounters and unsolved mysteries are part of the lifeblood of the sea. Image: US Naval History and Heritage Command.

Ghostly scares on the seas

Traditionally, ghost ships were said to be vessels whose crew and passengers had mysteriously disappeared. The ship was often still seaworthy, with its stores and cargo intact. Small details were often added to retellings of such tales, to spice up the spookiness of the narrative, such as meals still being on the table or the smell of tobacco still lingering in the air. These stories and details can’t help but make you wonder what horror must have befallen the crew. After all, what frightful thing would cause you to abandon ship on the high seas?

There are a variety of ghostly ship tales to dip into should you choose. The best-known, of course, being the Mary Celeste or the Flying Dutchman. But one of the lesser-known stories is that of the Sea Bird. This is a personal favourite because in this tale of ghostly woe there were two recorded survivors – a dog and a cat. 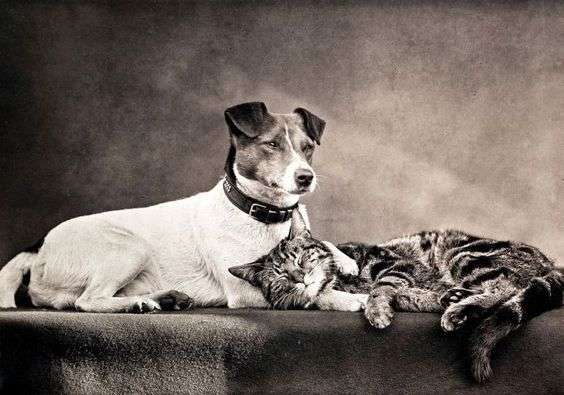 Dog and Cat – The only survivors aboard the ghost ship. Although they were alive and well, they stayed silent on what terror had been faced. Image: Royal Photographic Society, via wiki media/Victoria and Albert Museum.

Sailing without a crew

In 1750, the Sea Bird was close to Newport Harbour, Rhode Island, when onlookers noticed there was no crew on the deck. The ship then sailed itself through the rough breakers to beach itself gently on Easton’s Beach.

Tentative witnesses boarded the silent vessel but were aghast to find the ship deserted. The cargo was still in the hold and, as in all good ghost stories, the kettle was boiling on the stove. An ‘elaborate breakfast’ was said to be waiting on the table. Even a dressing gown was noted as being carelessly tossed aside.

Naturally, there were no signs of violence. No signs of robbery or even sickness. Possessions and instruments were left in their places. One of the longboats was absent, suggesting the crew might have taken flight in a fit of panic – but nothing suggested why…. It was even ‘recorded’, though no one can confirm where (ah, folktales), that the captain himself was spotted only hours earlier on the deck of the Sea Bird by passing fishermen.

Yes, the spookiness is always in the details. 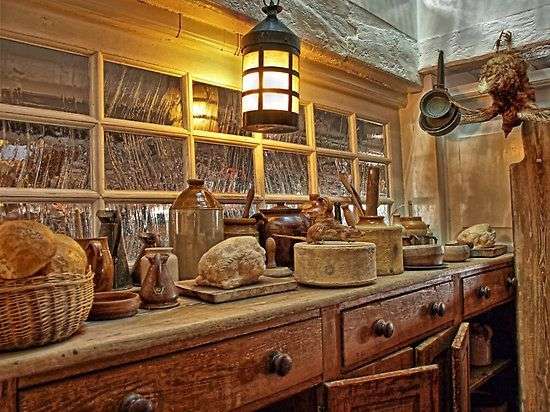 What makes this tale even more enticing is that by many accounts the Sea Bird itself, after the cargo was unloaded, then ‘disappeared’ overnight. It was whispered that the ship was taken by the same ‘mysterious power’ that took its crew and then sailed it through treacherous waters to beach upon the shore.

There are of course many (more serious, historical) accounts claiming no such thing happened. That the Sea Bird was simply sold to a wealthy local merchant who changed the name, presumably for luck and PR purposes. But the supernatural version has proven a much more popular tale to tell, especially on Halloween. No crew or debris was ever discovered and the Sea Bird was, of course, never seen again – unless in ghostly apparitions.

The ghostly story lives on

The tale of the Sea Bird lives on to this day and the appeal of it is that there are just enough details to give the story its ghostly legs. Several conflicting names are given to its captain and even to those witnesses who watched the ship sail, without a crew, to shore. In October 1885, a tale of murder was written in a Boston newspaper that was based on the story of the Sea Bird.

It was a fictional account written as a confession by an old man who recounted the murders of the crew and captain aboard the Sea Bird by two disgruntled sailors. The spine-tingling twist being that narrator was one the killers. Like Coleridge’s ‘The Rime of The Ancient Mariner’, the tale of the Sea Bird is told as a warning to others: Do not abuse the power you are given, for cruelty to one’s crew is never rewarded. 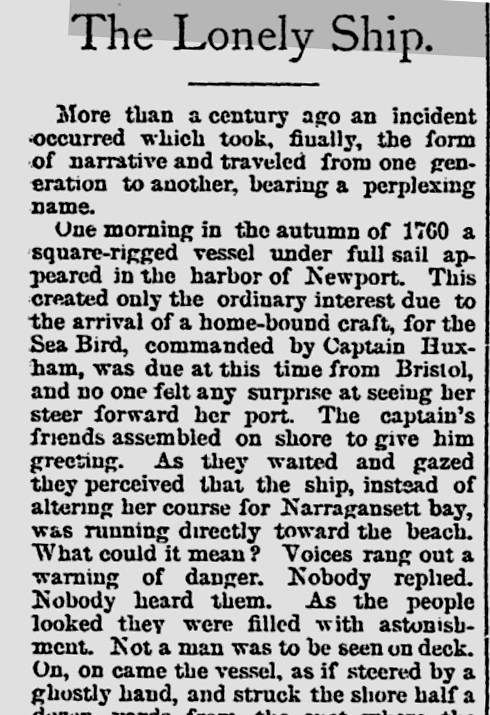 The grisly tale recounted in The Sunday Morning Star, 11 October 1885. Image: via Google.

Modern times do not really allow for our imaginations to run wild on newly discovered ghost ships. Science, logic and forensics thankfully help to provide answers where once there were none. Modern ghost ships can usually be explained and although the circumstances are often tragic, the mystery is gone.

But stories of abandoned ships with kettles still boiling on the stove, lights on and the sails trimmed, well, these are the stories to think about on Halloween. If only the Sea Bird’s dog and cat could have talked…

Do you have a favourite ghost ship story? A haunting maritime tale? Share it in the comments below.

View all posts by Myffanwy Bryant→
Posted in: Vessels , From the collection
↑