20 June 2017 marked 100 years since the famous polar vessel Aurora left Newcastle, Australia with a cargo of coal, never to be seen again.

The museum recently accepted the gift of the ship’s lifebuoy, recovered from the seas six months later.

A powerful emblem, with the ghost lettering of its famous Antarctic expeditions on its rim, it acts as a lifeline to all the sailors, whalers, scientists, workers, expeditioners and sealers whose lives, toils and achievements were entwined with it.

Importantly, the lifebuoy connects all of us to the tragic loss of its captain and 20 officers and crew in 1917. This is the incredible story of a powerful wooden ship and its men.

For forty-one years she had survived every trial in Arctic and Antarctic waters. Then to sink without trace in the Pacific! 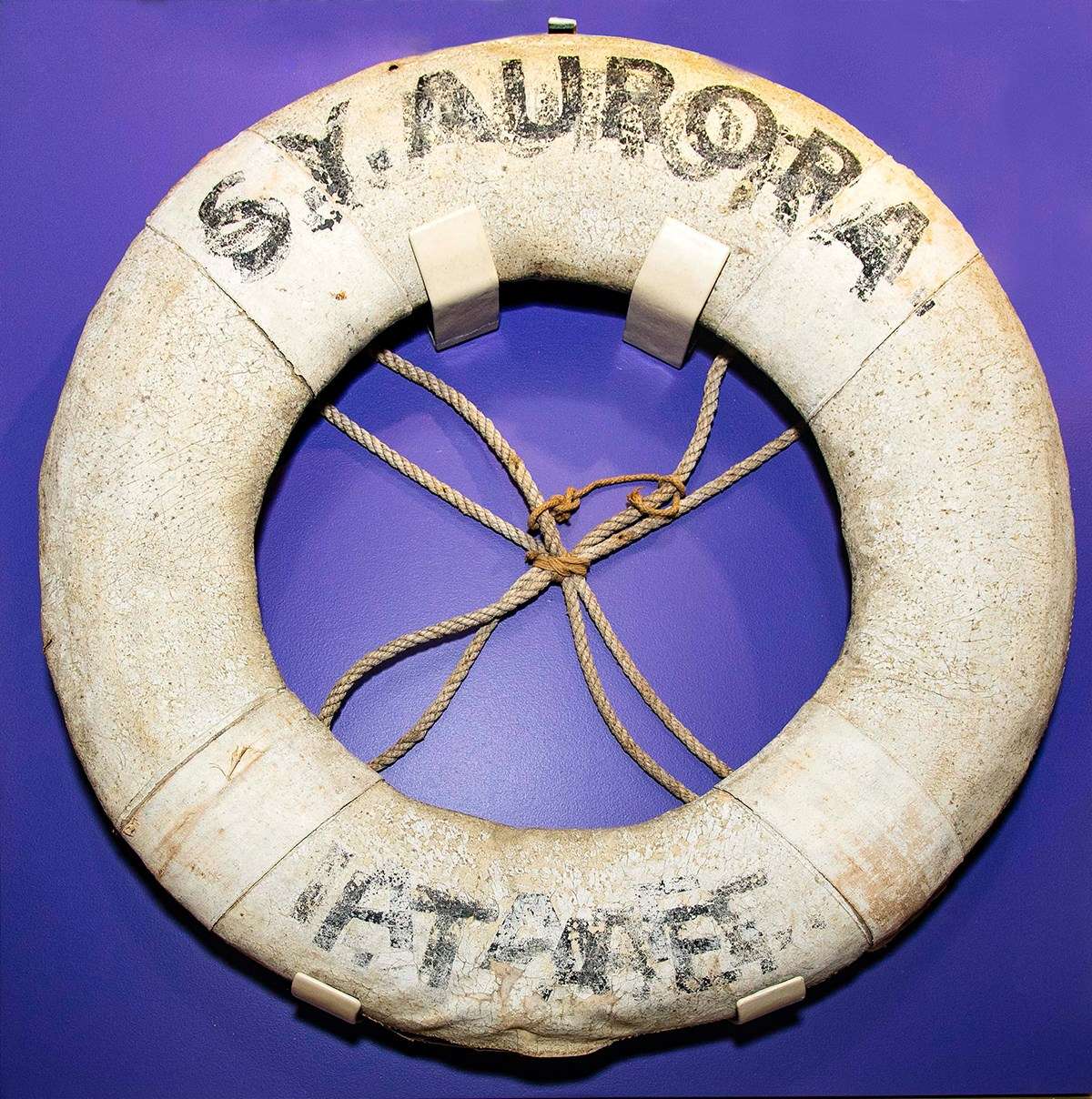 At 580 tons and more than 50 metres long, with an auxiliary engine, Aurora was built in Dundee, Scotland in 1876, as a sturdy timber whaler.

Captain James Fairweather commissioned this ship portrait in 1884. That January, Aurora and its 65 crew sailed to Newfoundland, where it loaded an extra 240 local men, known as ‘sweilers’, and hunted 28,000 seals. 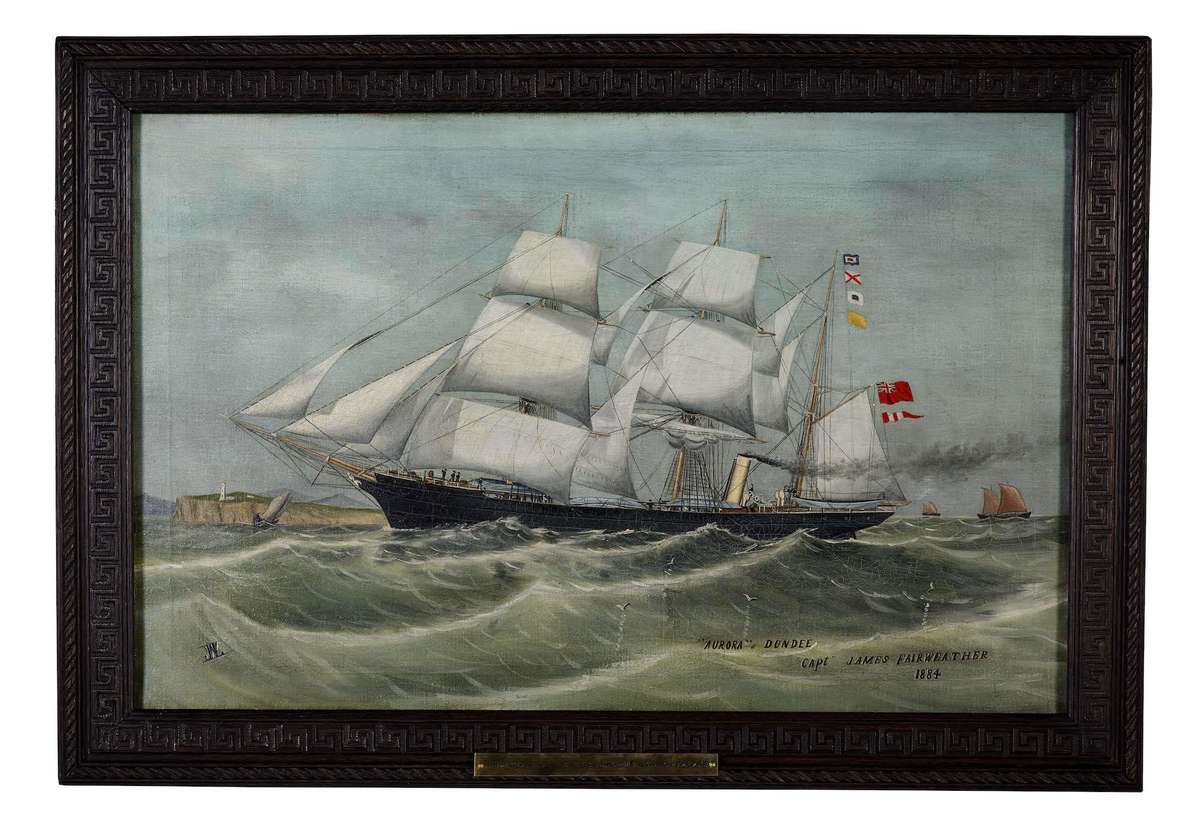 Fairweather then set off further north for the whale hunt in the Arctic ice.

The vessel survived the jostling ice floes and Greely’s party was eventually located by another ship. Fairweather returned to the hunt.

From May to August 1884 Aurora’s crew killed ten right and three bottle-nose whales. 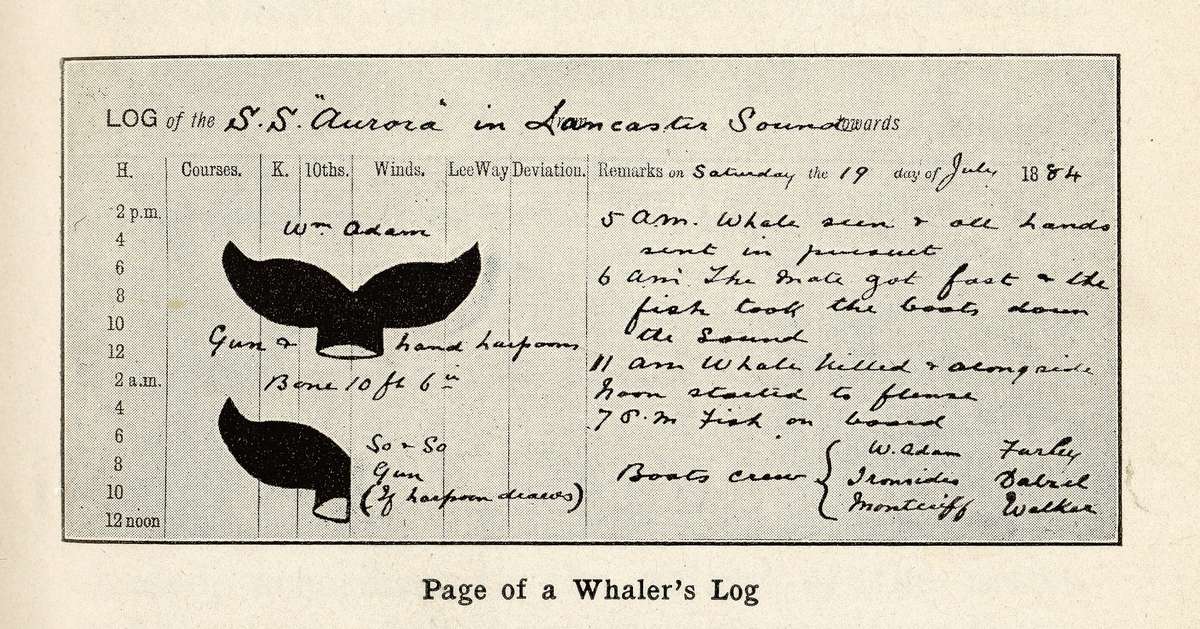 Part of Aurora’s 1884 whaling log and portrait of Captain James Fairweather, reproduced from surgeon David Moore Lindsay’s account of the 1884 voyage, A voyage to the Arctic in the whaler Aurora, 1911, ANMM Vaughan Evans Library Collection

In 1911 the ageing whaler was purchased for £6,000 from its then base in St John’s, Newfoundland, by John King Davis for the Antarctic expedition of South Australian geologist Douglas Mawson. 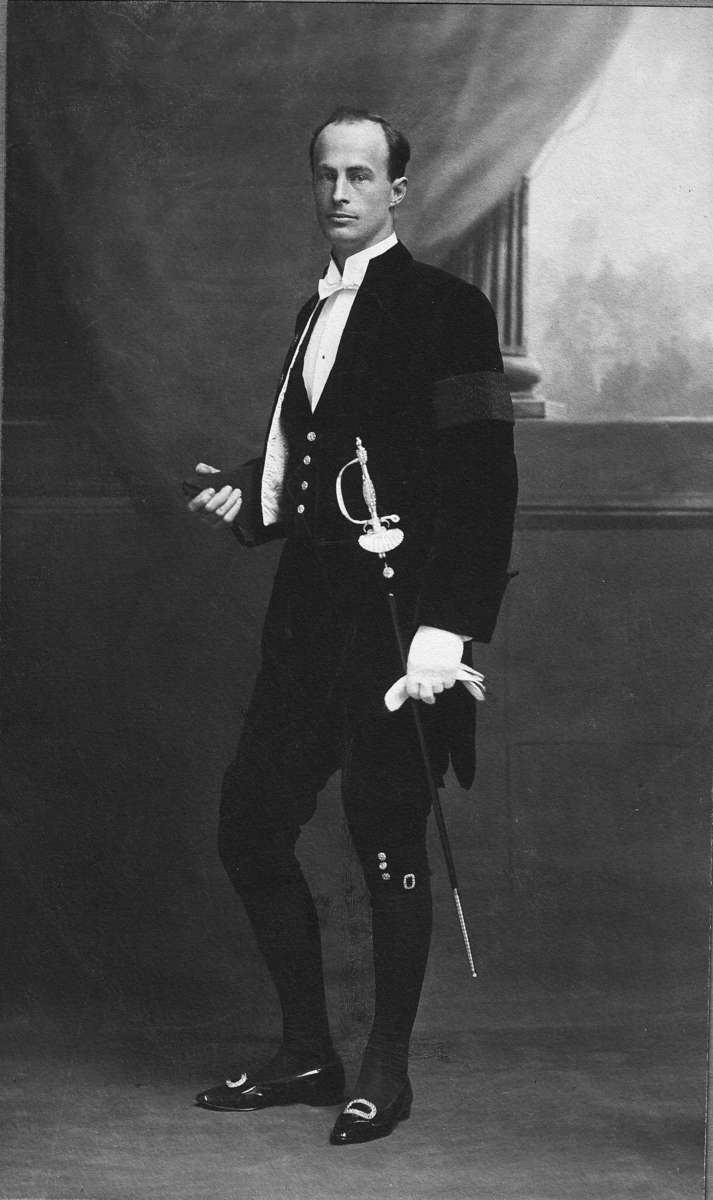 Davis and Mawson had served together in Sir Ernest Shackleton’s British Antarctic Expedition (the Nimrod expedition) of 1907-09. In London, Davis supervised the old whaling barque’s refit and conversion to a barquentine rig for the forthcoming voyage south.

On 2 December 1911 Aurora farewelled an excited crowd in Hobart, Tasmania, for the first of three voyages to Antarctica, the first Australasian expedition. 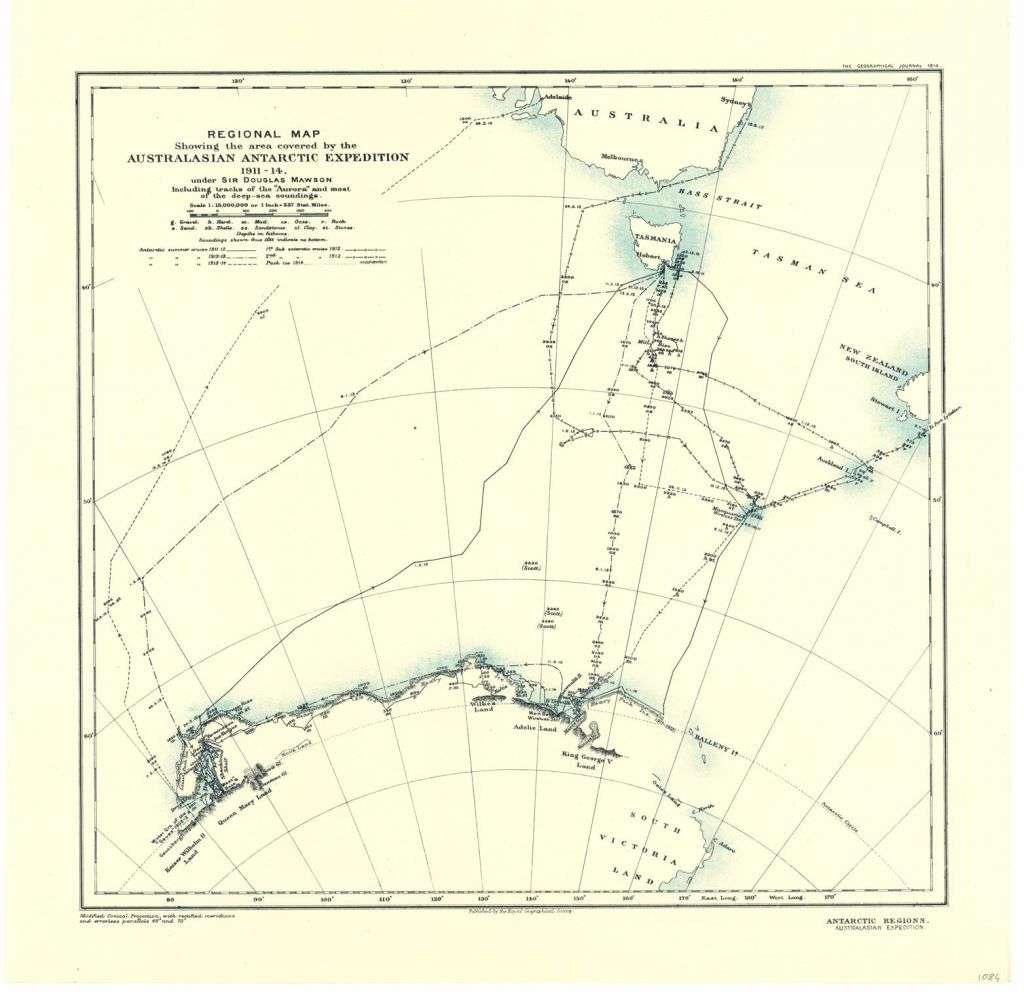 The vessel carried Mawson and his expeditioners south to Macquarie Island, where they established a wireless base; then on to the fierce, blizzardy main base he established at Commonwealth Bay, King George V Land; and then on to another base on the ice, 1,200 miles to the west, all the while taking soundings and charting the coast conducting oceanographic research. 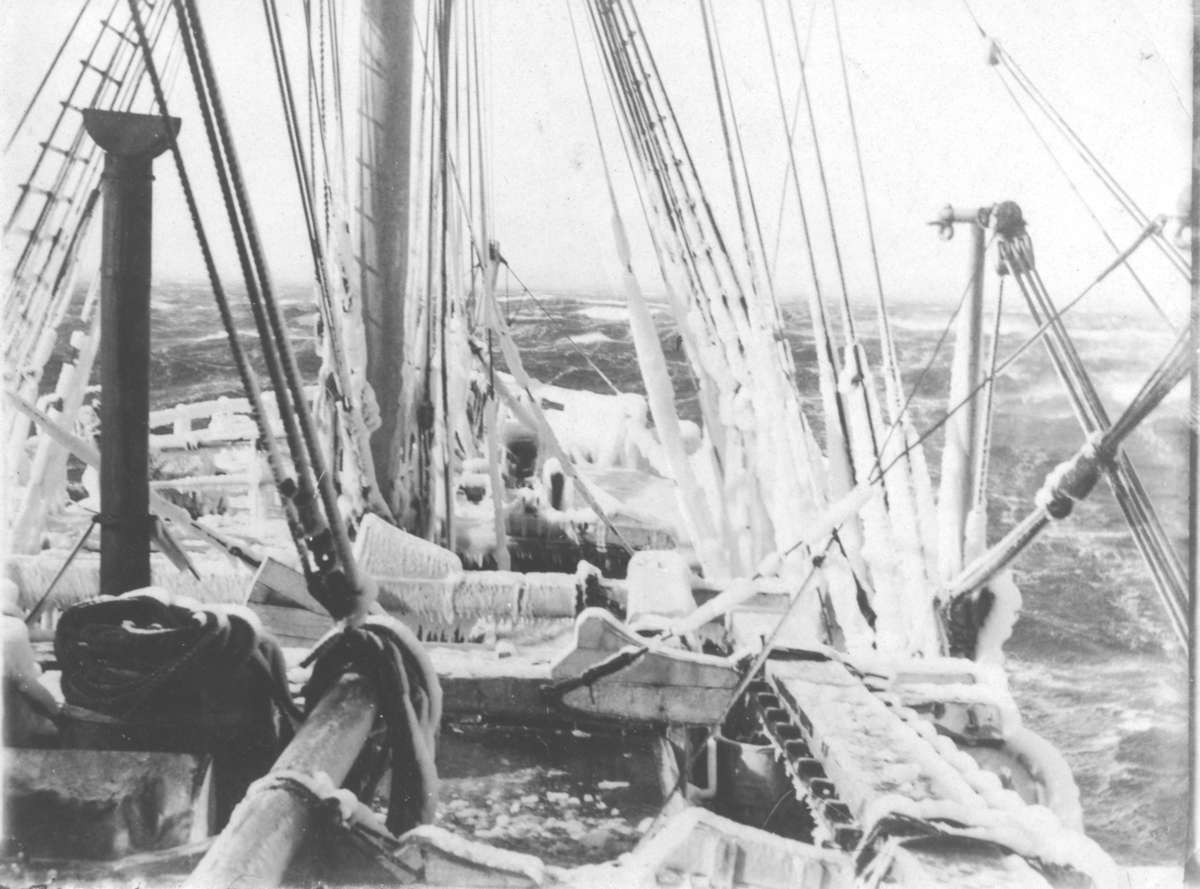 Tragically, expedition leader Mawson’s two sledging companions died, and when he returned to the main base on 8 February 1913, Aurora was already on the horizon, steaming away. The ship received a wireless message, but a blizzard prevented Captain Davis’s return. Davis had to continue on to the western base to pick up its men, and then on to Hobart. 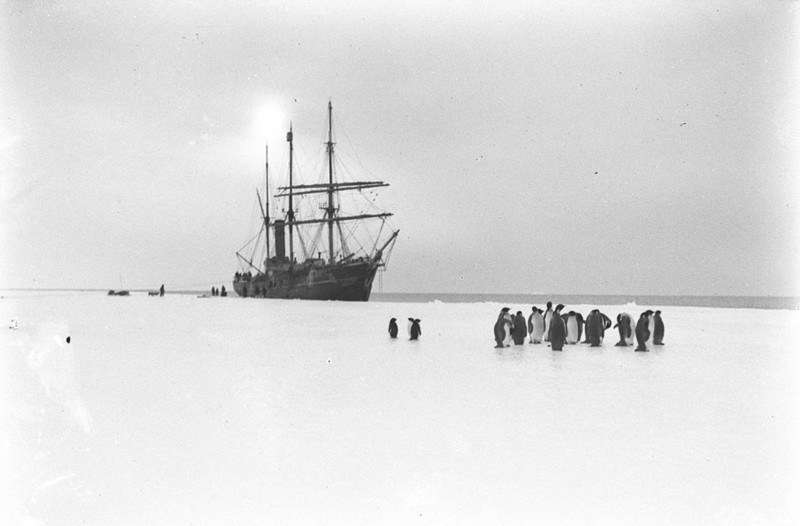 Aurora alongside the ice off Western Base, photographer Frank Hurley, February 1913, courtesy State Library of NSW 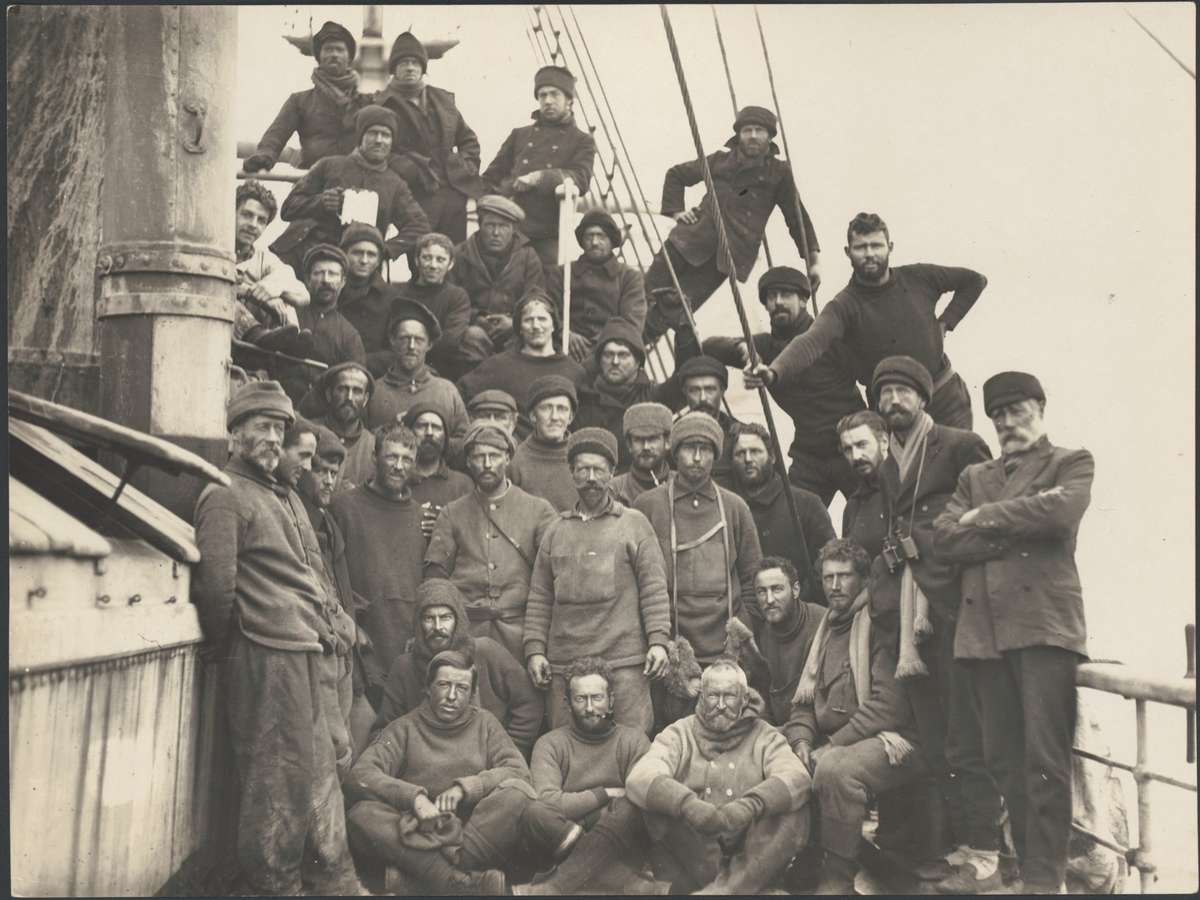 No sooner had Aurora returned to Australia from Antarctica with Mawson in early 1914 than the ship was again called into service. 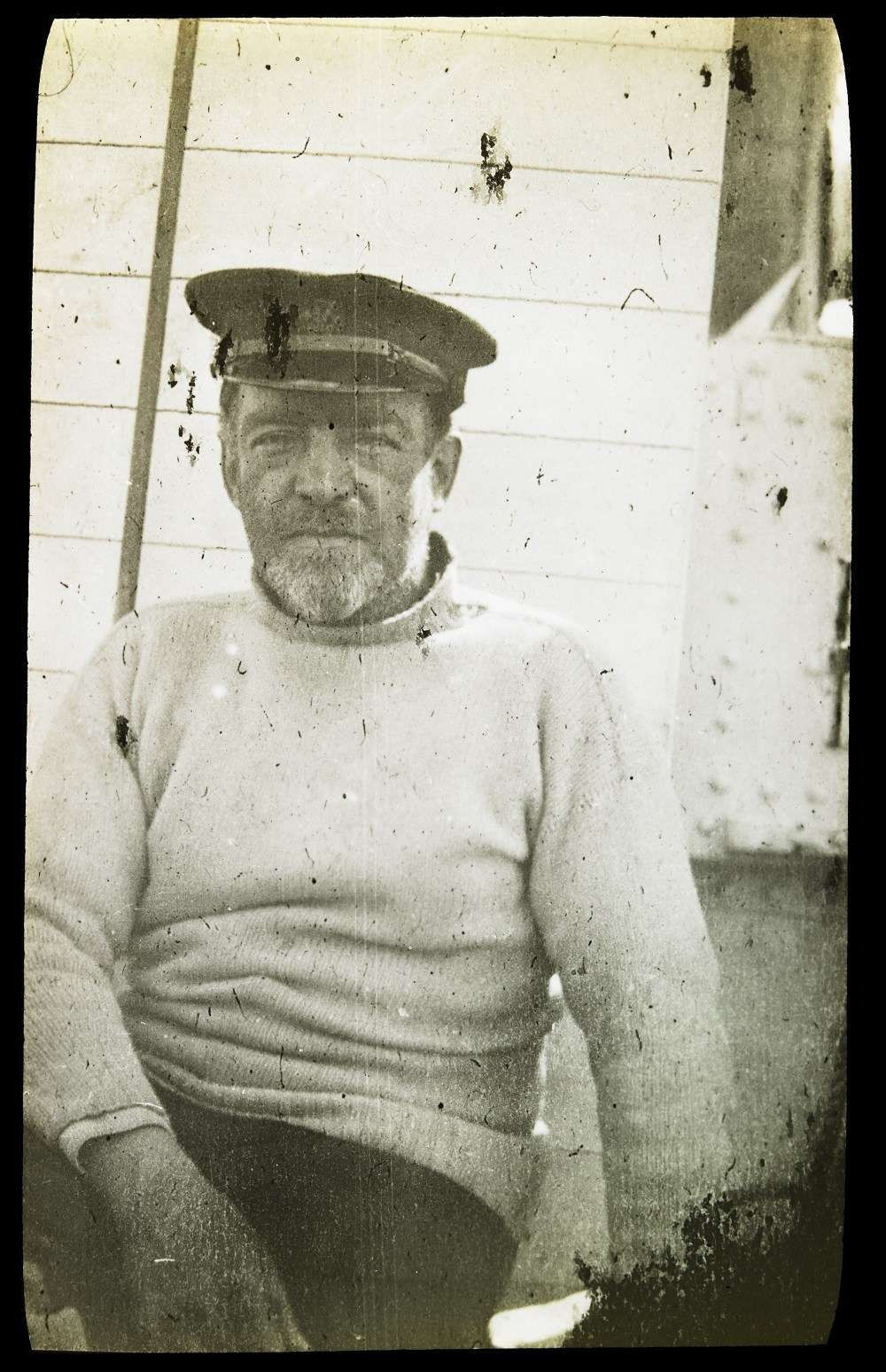 Adventurer Sir Ernest Shackleton bought Aurora for the supply party for his expedition to be the first to cross Antarctica.

After a refit in December Aurora again left Hobart, under the command of Aeneas Mackintosh, to lay depots inland from the Ross Sea coast, ahead of Shackleton’s team that was to cross from the Weddell Sea. 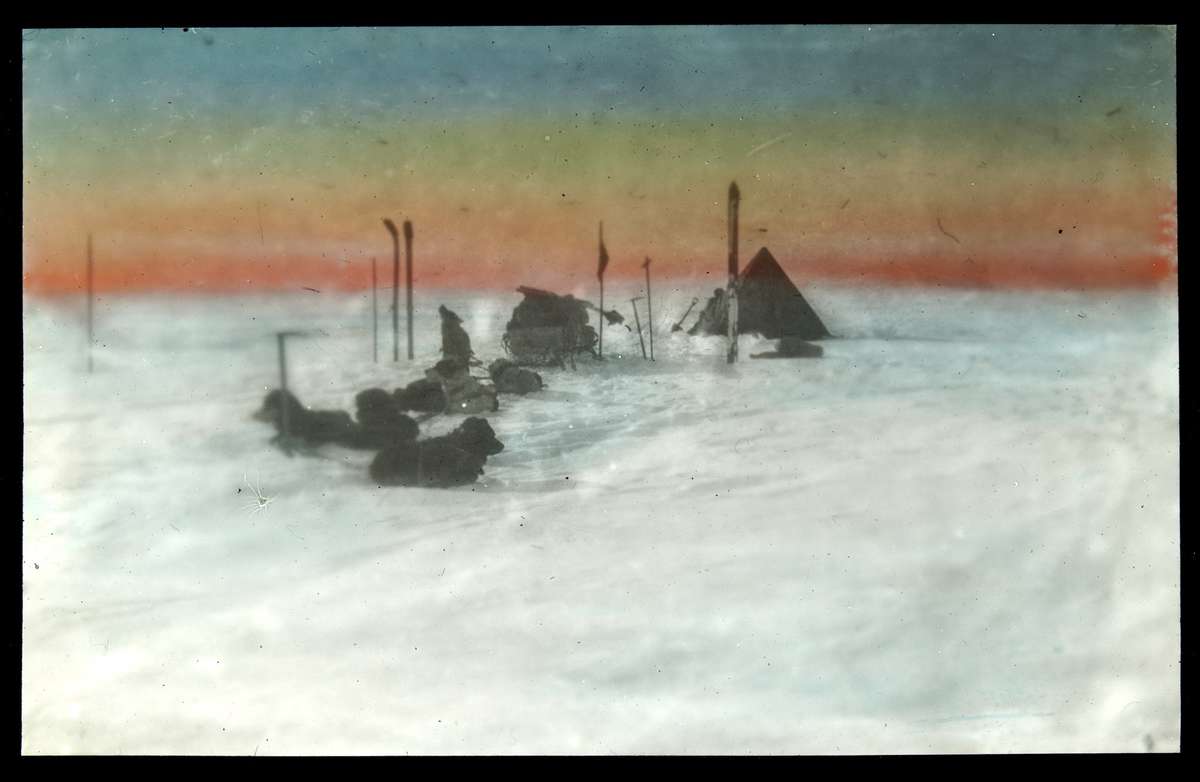 Shackleton’s team never arrived. His ship Endurance was trapped in ice in February 1915 and sank that November.

In an eerie parallel, Aurora too became beset by ice after it broke its moorings in a blizzard in May 1915, marooning the Ross Sea party on the continent and the crew on the ship. 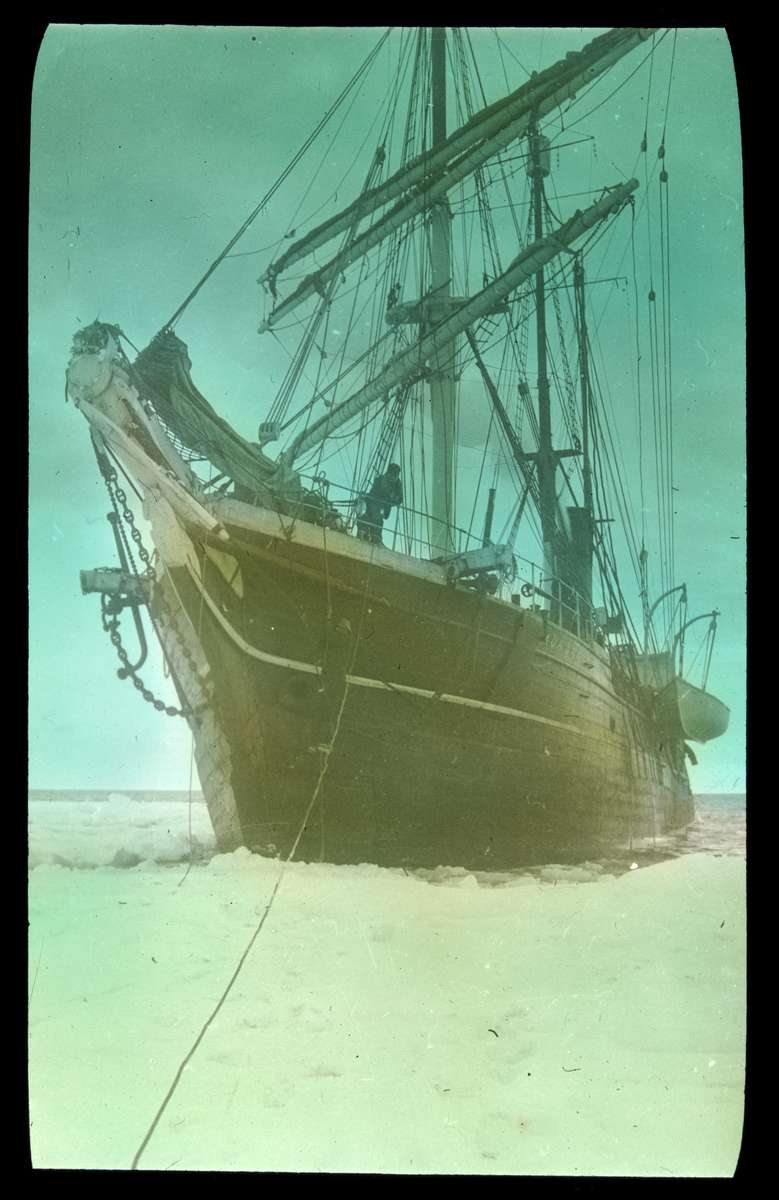 The land party faithfully sledged to lay the depots for the team that would never come, with the loss of three men.

The crew on the ship drifted north at the mercy of the ice, for 1,200 miles and nine months.

The ‘stout’ Aurora, unlike its counterpart Endurance, survived and limped to New Zealand in April 1916. 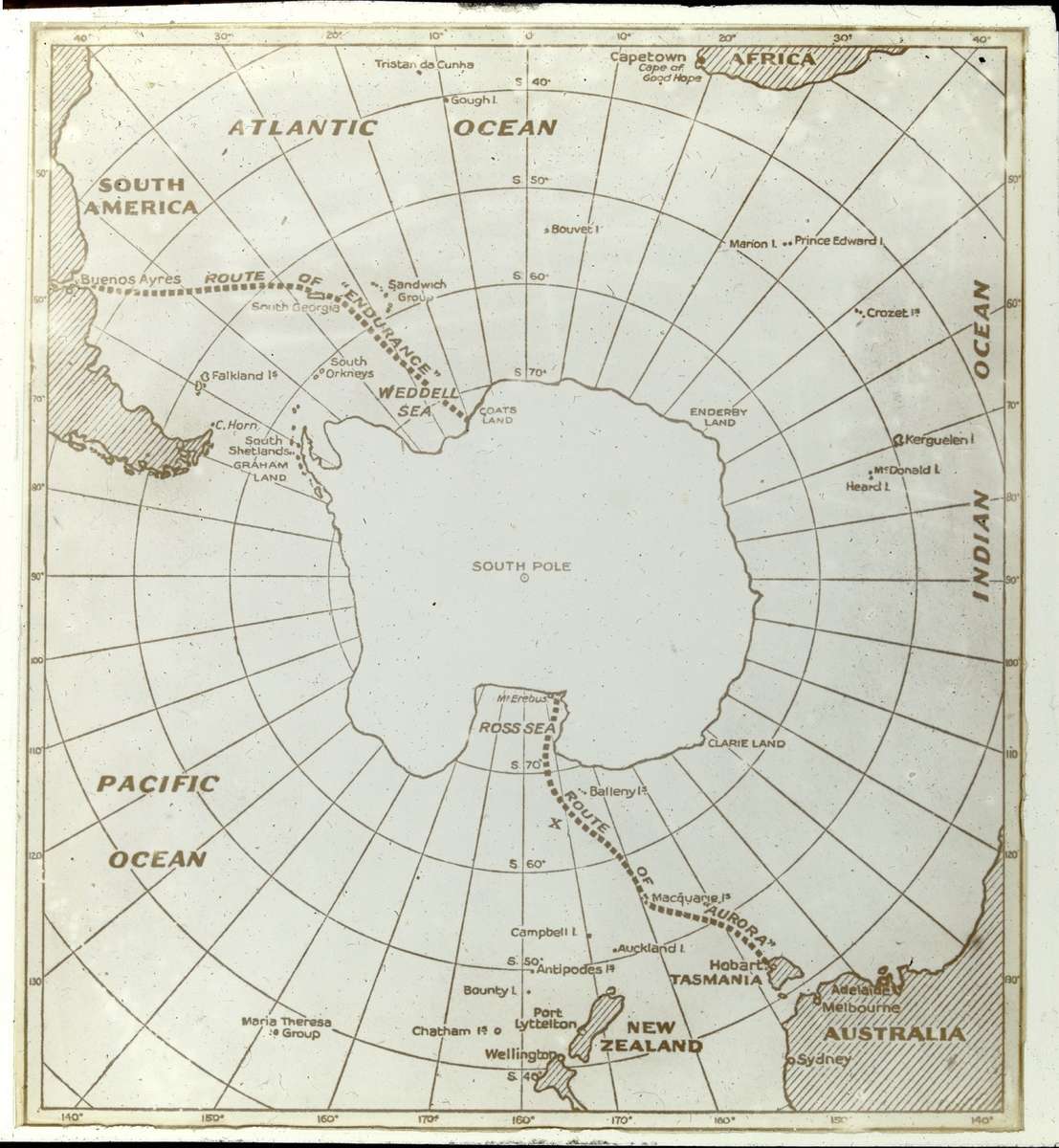 Map of the routes of Endurance and Aurora on the Imperial Trans- Antarctic Expedition, 1914–17, Andrew Keith Jack, courtesy State Library of Victoria

After an extensive overhaul, the ship returned to Antarctica in 1917 to rescue the Ross Sea party. Under the command of former Captain John King Davis, Aurora carried the seven survivors to Wellington, New Zealand, in February 1917.

In March Shackleton sold the ship for £10,000 and auctioned its contents. Under new owners New York and Pacific Steam Ship Co, Aurora sailed to Newcastle, Australia, to load coal for Chile. 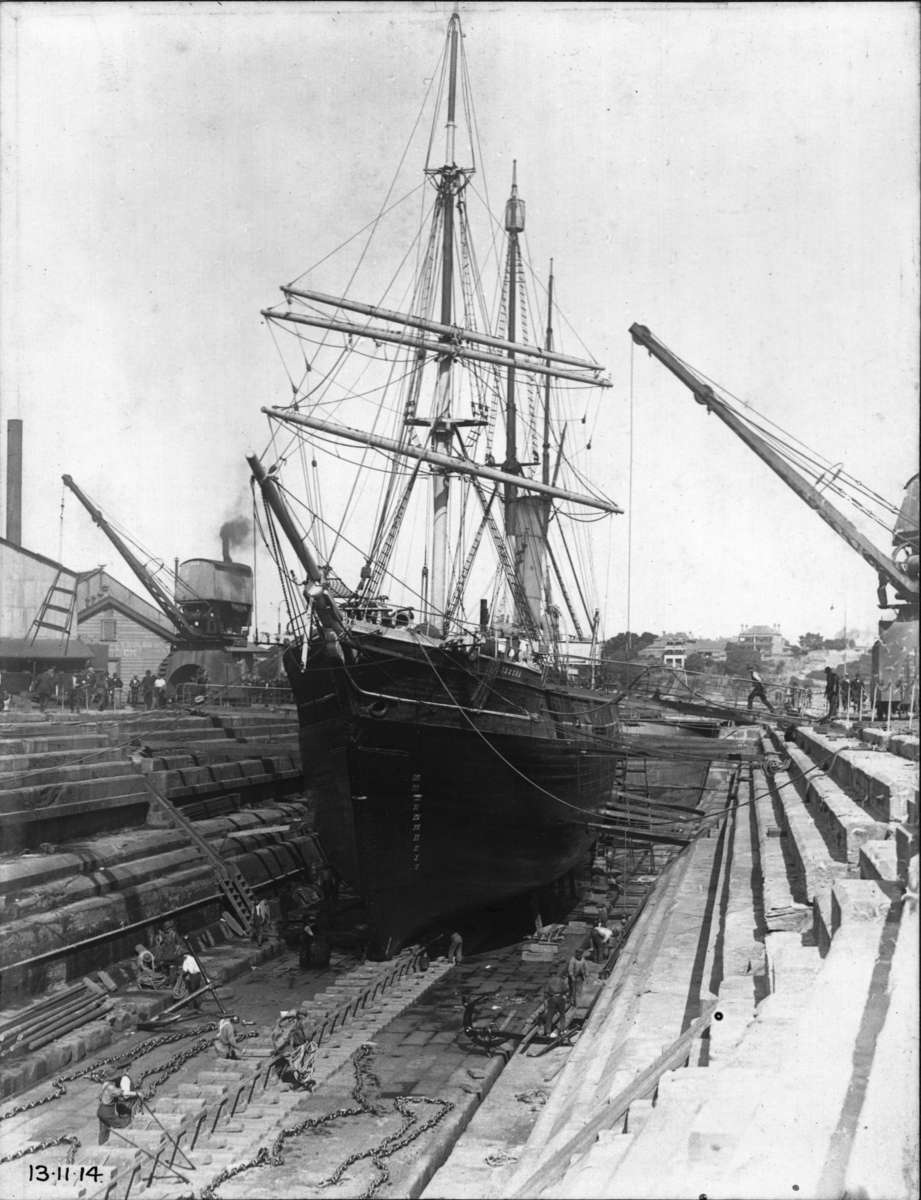 On 20 June 1917 Captain Reeves sailed SY Aurora from Newcastle loaded with coal for Iquique, Chile. It was never seen again. 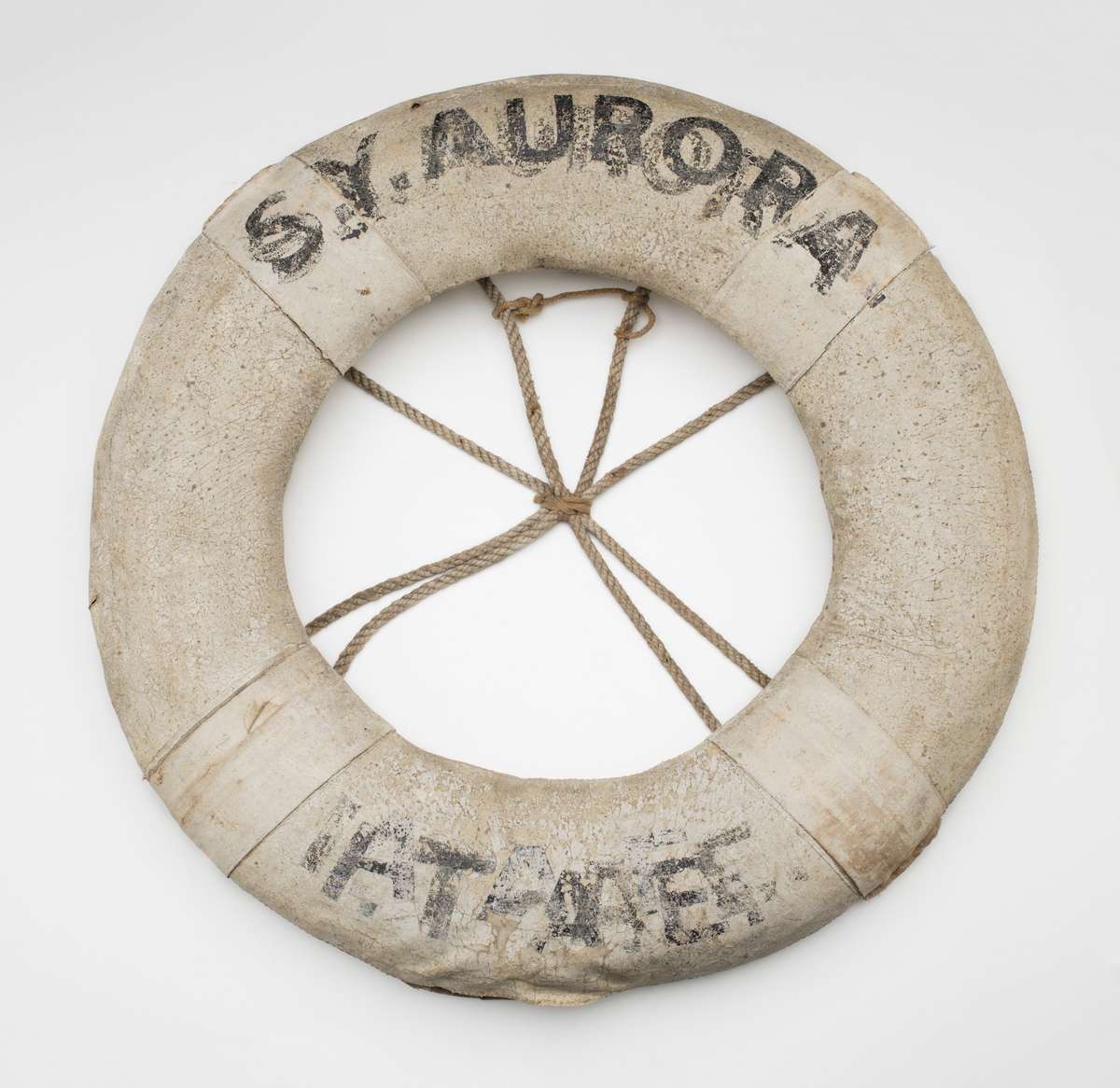 This lifebuoy is all that was recovered from the vessel’s last days in Australian waters. Captain Reeves, his 20 men and his ship were lost.

On 5 December Aurora’s lifebuoy was plucked from the seas off northern New South Wales by Captain David Petrie of SS Coombar on his run from the north coast to Sydney, six months after Aurora’s disappearance. 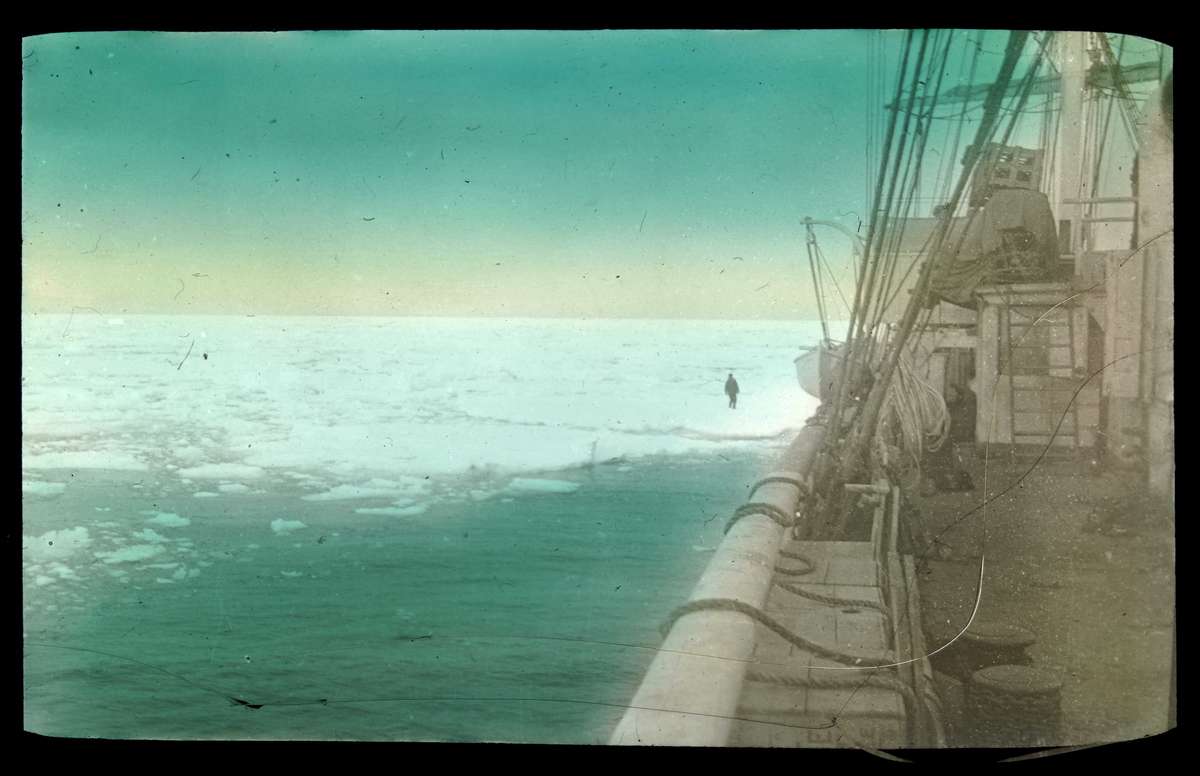 It was wartime, and several theories emerged, but no new evidence, and on 2 January 1918 Lloyds listed the ship as missing.

Such was Aurora’s fame in its time that the lifebuoy was displayed in the windows of a prominent store in Sydney. This is the first time in 100 years that this poignant artefact has been seen in public. 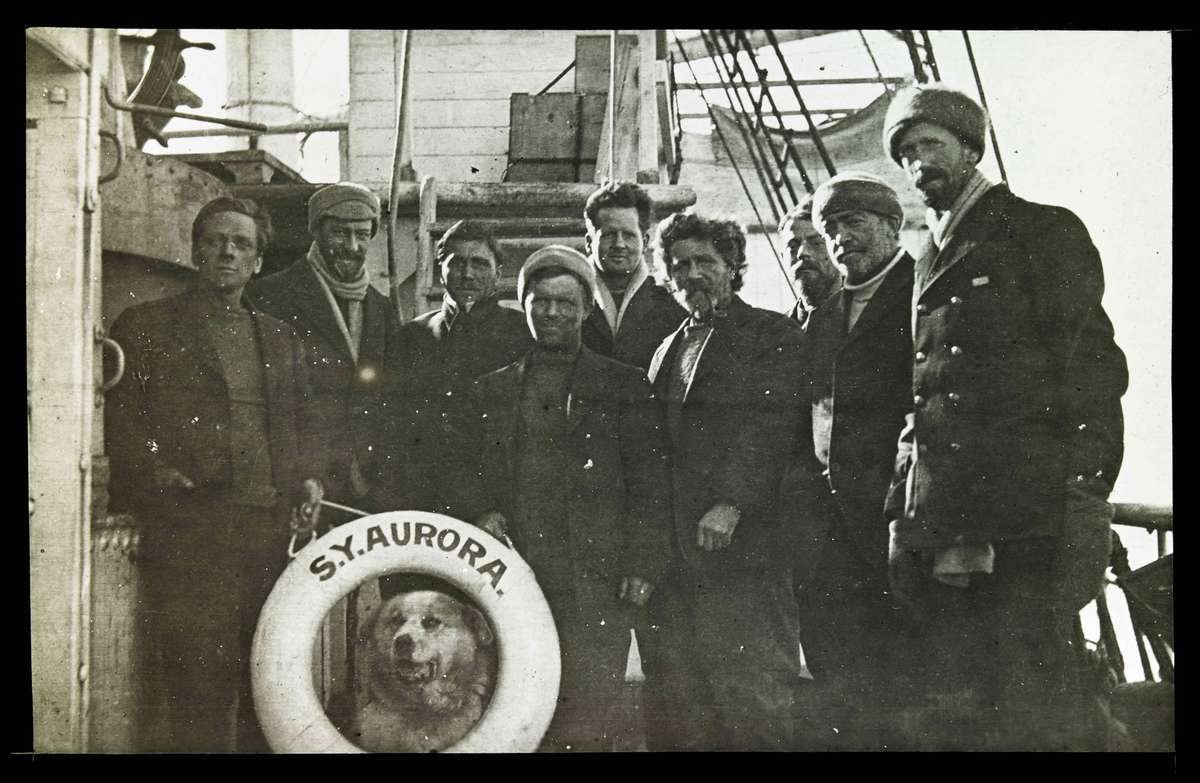 Rescued party of the seven survivors of the Ross Sea Party on Aurora with their mascot Oscar. Sir Ernest Shackleton and Captain John King Davis on the right, January 1917, photographer Frederick Middleton, courtesy the Middleton family, State Library of Victoria

In the 1930s the lifebuoy was presented to Sir Lionel Hooke, general manager and later chairman of AWA (Amalgamated Wireless Australasia). Sir Lionel had served on Aurora as wireless operator on the Ross Sea Party after the new company, his employer AWA, fitted the ship’s wireless.

Hooke’s technical brilliance was widely applauded when he re-rigged the ship’s aerial to increase broadcast range to signal its survival during the Ross Sea Party entrapment and drift in 1916. 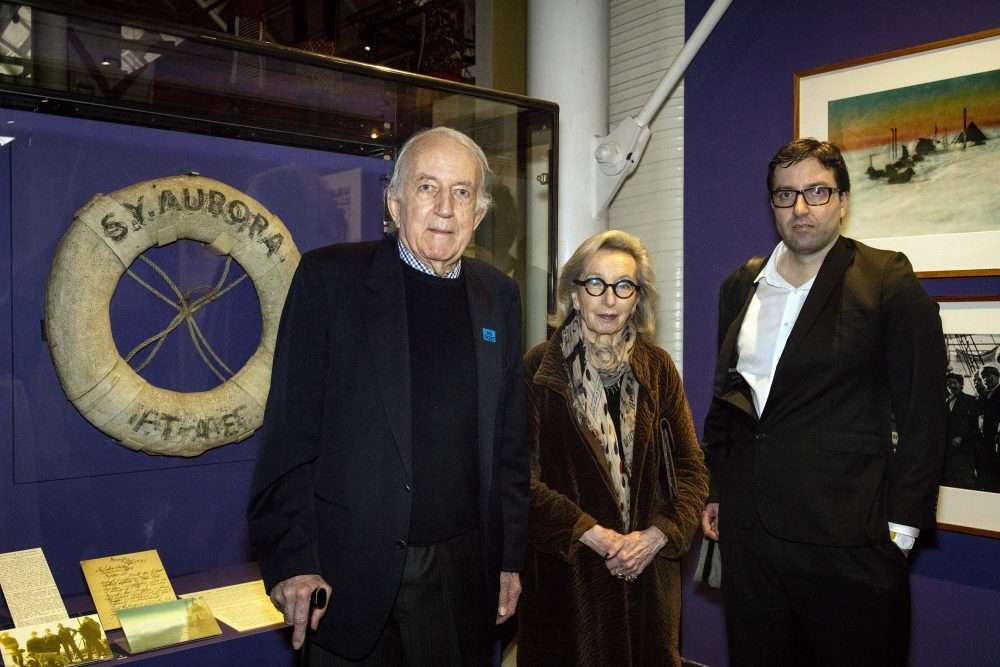 The story of the ‘plucky little ship Aurora’ is on display in the museum’s Tasman Light Gallery until November 2017.

View all posts by Daina Fletcher→
Posted in: Exhibitions , Vessels , From the collection
↑