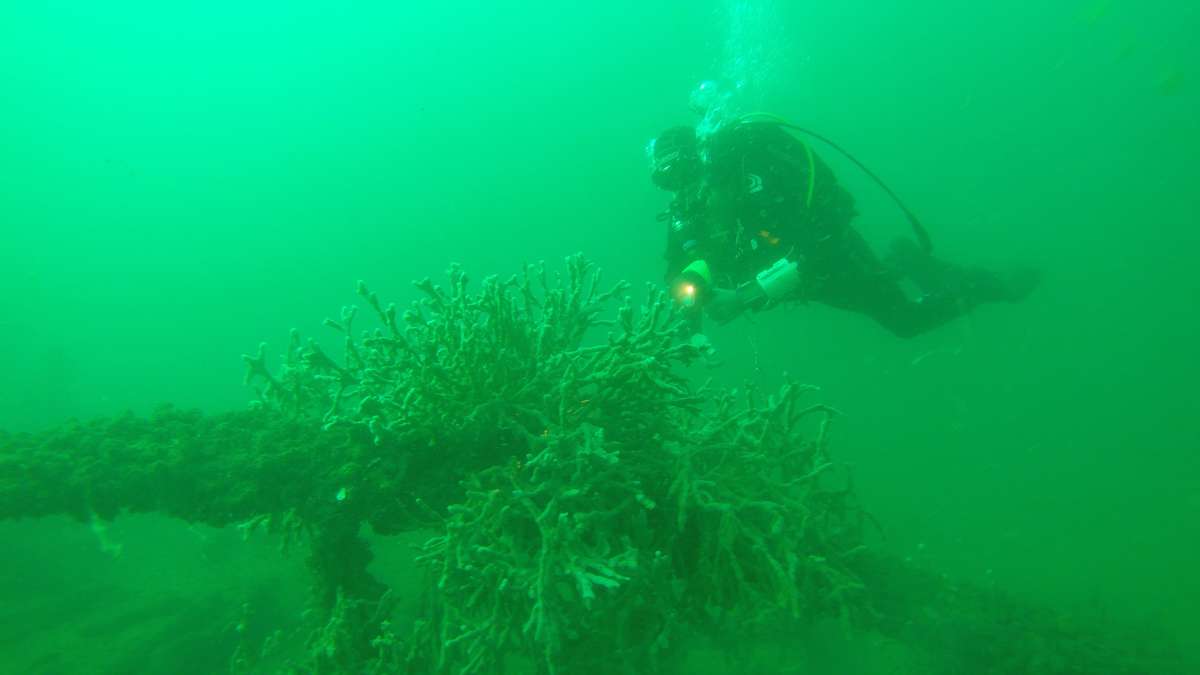 ANMM Shipwright and diver Lee Graham inspects a collapsed iron frame on the Centennial site that has been colonised by sponges. Image: James Hunter / ANMM.

The museum’s maritime archaeology team recently visited the shipwreck site of the late nineteenth century steamship Centennial. The dive was part of an ongoing initiative to document selected historic shipwreck sites within Sydney Harbour with digital photography and videography. Still images and video footage collected during the project will be used to generate 3D digital photo-mosaics of these sites and test the usefulness of this recording method in a variety of environments.

The creation and use of 3D photo-mosaics to document and analyse submerged archaeological sites is an emerging field of research in maritime archaeology, and particular emphasis has been placed on developing methods and techniques that best utilise available technologies to produce 3D digital models that are complete and accurate representations of the sites they depict.

Most historic shipwrecks within the harbour are located at depths near or in excess of 20 metres, and are characterised by moderate-to-poor visibility conditions. These attributes in turn often have a profoundly negative effect on the working conditions maritime archaeologists encounter, faced as they are with the task of accurately documenting a site within a very limited span of time.

One historic shipwreck selected for the project is Centennial, located near Bradley’s Head in approximately 12 metres of water. Built in Glasgow, Scotland in 1863 as the single-screw cargo and passenger steamship Albion, Centennial was iron-hulled, had a length of 66 metres, breadth of 8 metres, and displaced 668 tons. It spent several years operating between Australia and New Zealand, and had just embarked on a voyage from Sydney to Wellington on 23 August 1889 when it was struck on the starboard bow by the collier SS Kanahooka.

Centennial’s commanding officer, Carl Lessing, attempted to run the ship aground on Taylors Bay Beach, which is immediately adjacent to Bradleys Head and a short distance from the site of the collision. However, damage to Centennial’s hull was so severe that the ship sank within three minutes and one crewman was drowned. The remainder of the crew and all of the vessel’s 52 passengers were rescued.

Despite its port bow being ‘completely smashed in’, none of Kanahooka’s crew were seriously injured or killed and the collier was able to complete its voyage to Circular Quay after aiding the rescue of those aboard Centennial. The New South Wales Marine Board subsequently found Captain Lessing liable for the collision and suspended his master’s certificate for a year. Centennial itself was later salvaged and broken up with underwater explosives in an effort to remove it as a hazard to navigation. 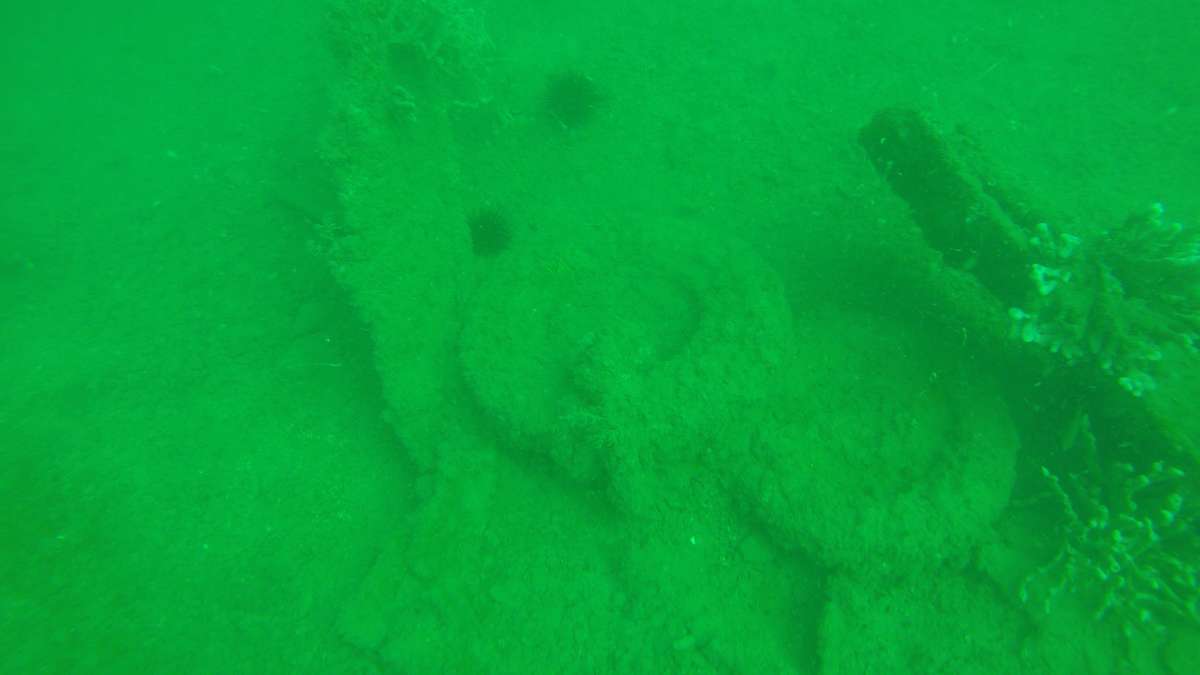 Broken hull plating and other wreckage on the Centennial site. Relatively poor visibility combined with the disarticulated and dispersed condition of the shipwreck’s visible features make it challenging to document. Image: James Hunter / ANMM,

Although located in relatively shallow water, Centennial is characterised by poor visibility and a silty seabed that when disturbed can eliminate the site entirely from view. Past underwater demolition has had a profound effect on the hull, a significant portion of which has been broken up and scattered to such an extent that it is barely recognisable. However, several iron frames, fragments of hull plating, iron vents, elements of ship’s rigging and at least one large bollard are visible.

The rest of the site is buried under a large mound of silt that rises nearly four metres above the surrounding seabed. Centennial’s relatively poor visibility and large size, combined with the scattered and partially-buried state of its hull features and artefacts, make it an ideal test candidate for the maritime archaeology team’s 3D photo-mosaic mapping project. The goal of our dive was for team members to familiarise themselves with the shipwreck and its environment, and identify site features or conditions that may adversely affect the collection of photographic and video imagery. It also enabled the team to experiment with different camera settings and configurations, and identify those best suited to producing an accurate 3D photo-mosaic of the Centennial site.

Stay tuned for updates as the maritime archaeology team visits additional shipwreck sites and develops 3D digital models with the imagery it has obtained.