How many people does it take to assemble a clock?

For the replica of John Harrison’s H3, currently on display as part of Ships, Clocks & Stars: the Quest for Longitude, the answer is two master clockmakers. David Higgon and Sean Martin, from Charles Frodsham & Co, London, spent four days reassembling a thousand pieces to create the working model.

H3 was John Harrison’s third marine timekeeper. Harrison spent 19 years working on the design and in 1749 was awarded the Copley Medal by the Royal Society in recognition of his efforts. H3 never went to sea, but contains two great inventions: the bimetallic strip to compensate for changes in temperature (widely used today in thermostats) and anti friction caged roller bearings (forerunner of the common caged ball bearing).

This is the first time the H3 replica has travelled to Australia and such travel required the clock to be disassembled in Mystic Seaport, Connecticut, USA, the exhibition’s previous touring location. Each of the thousand pieces was carefully packed into padded crates for the journey to the southern hemisphere. Many of the parts are small and exceedingly delicate, requiring additional tissue wrappings to protect them during transport. 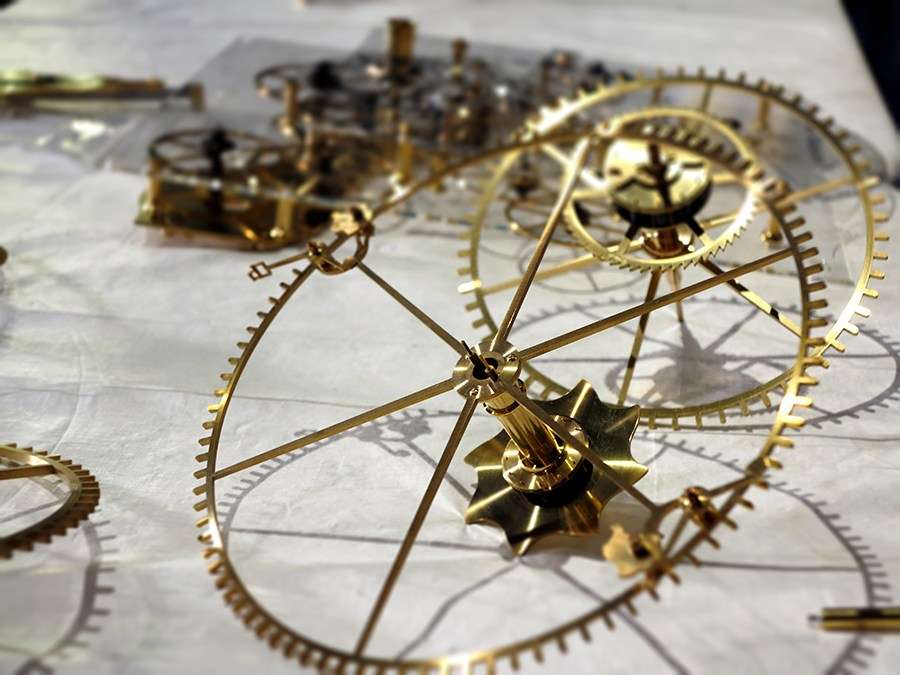 Over a thousand pieces work together to make the complicated H3. Image: Kate Pentecost / ANMM.

The scale and complexity of the H3 replica have been captured by the digital team and filmmaker Reuben Field in a 90-second time-lapse video. During the installation of the timekeeper in the exhibition, a camera was set up to capture a photo every 10 seconds of David and Sean going about their intricate work. This camera was attached to an automated moving rig, or dolly, allowing the film to appear as if it were slowly panning across the workbench while the clockmakers bustled about.

The aim of the video was to reflect the detail and precision of the marine timekeepers. The filming of the time-lapse echoes the nature of the clocks: many small parts moving together to create a precise whole. A single second of film requires 24 frames – meaning every four minutes of David and Sean’s work in real time appears as only a second in the final video. 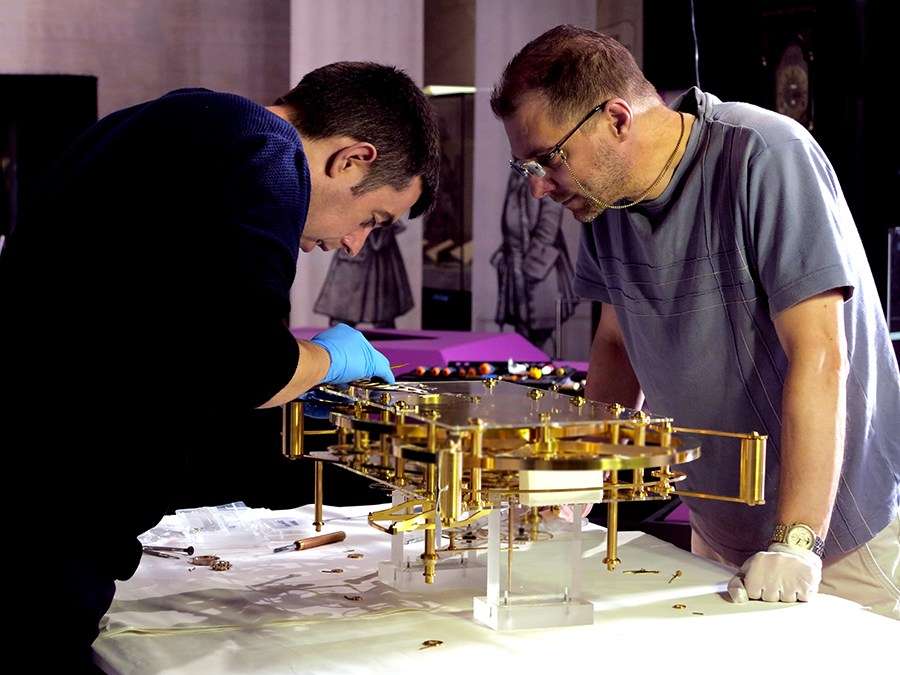 The film and two shorter trailers offer a quick and curious insight to the hundreds of hours of work that went into developing the seafaring clocks as well as creating the modern replica. Without the scientific and technological innovations in H3, the quest to find longitude would have stalled.

Accurate modern atomic clocks and even the standard GPS on your phone are descendants of the inner workings of H3. Ships, Clocks & Stars follows the waves of technological and intellectual revolution that enabled the accurate measurement of longitude. Harrison’s inventions are still informing our understanding of timekeeping, albeit in the rather modern form of a 90-second time-lapse video on YouTube.

View all posts by Kate Pentecost→
Posted in: Exhibitions , Arts and Culture