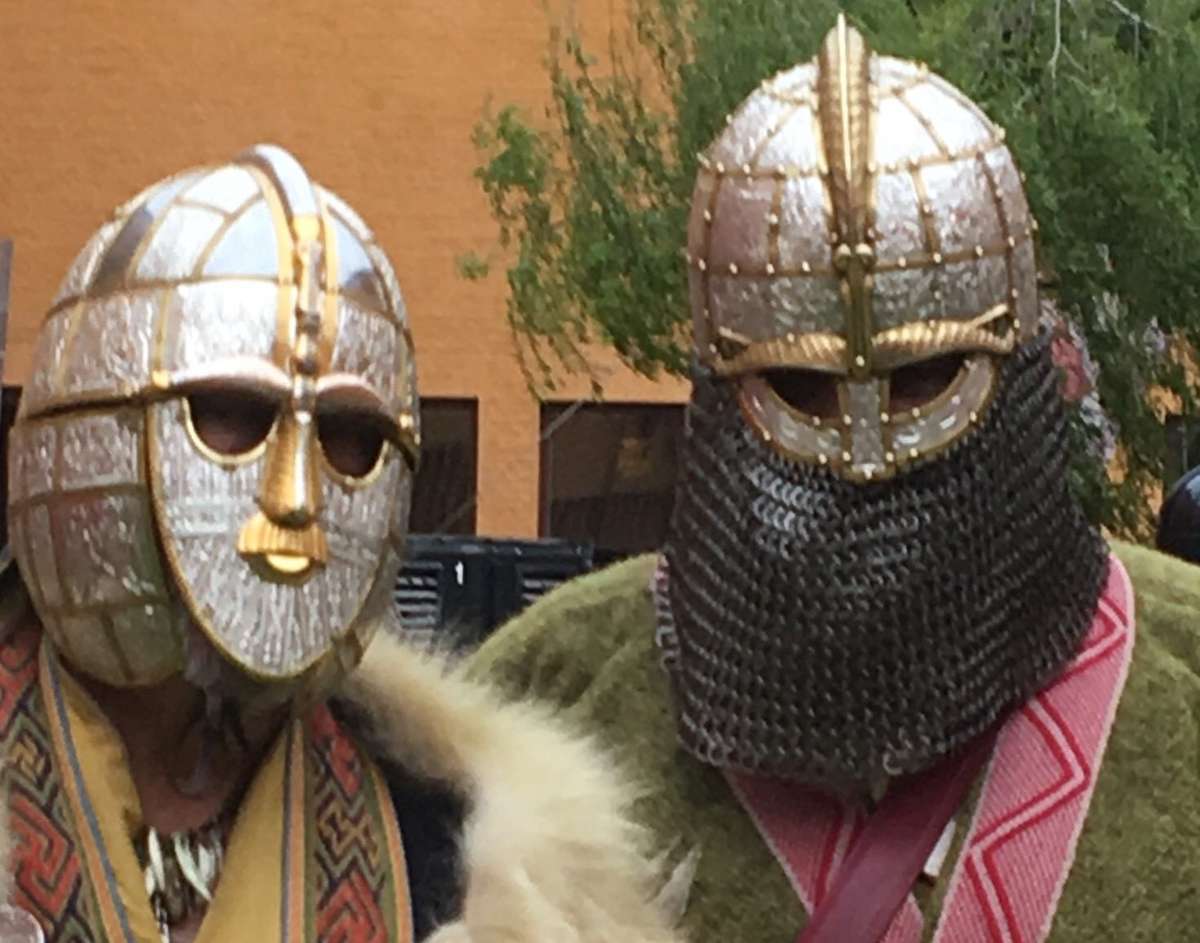 This is part of a series by Curator Dr Stephen Gapps who received an Endeavour Executive Fellowship from April to July 2016. Stephen is based at the Swedish History Museum and the National Maritime Museum (including the Vasa Museum) in Stockholm, Sweden. He is working on several Viking Age and other maritime history and archaeology related projects

Recently, the Swedish History Museum in Stockholm was taken over by the walking dead for a weekend. Well, it seemed like there were a bunch of ‘viking zombies’ wandering the museum. Vendel zombies in fact – from the period just before the Viking Age, around 550 to 790 AD. A group of historical reenactors were there to give a seminar on their work in recreating historical artefacts, and what they had found out about them in the process.

The thing is, these reenactors have reproduced the individual grave goods of a person from a particular grave find, often a burial chamber. When talking to the public, the reenactors were referring to each other as ‘Valsgårde 8’ or ‘Vendel 14’ – the names for the graves as described by archaeologists. There was something quite eerie about this – like the dead had got up and started walking around the museum. 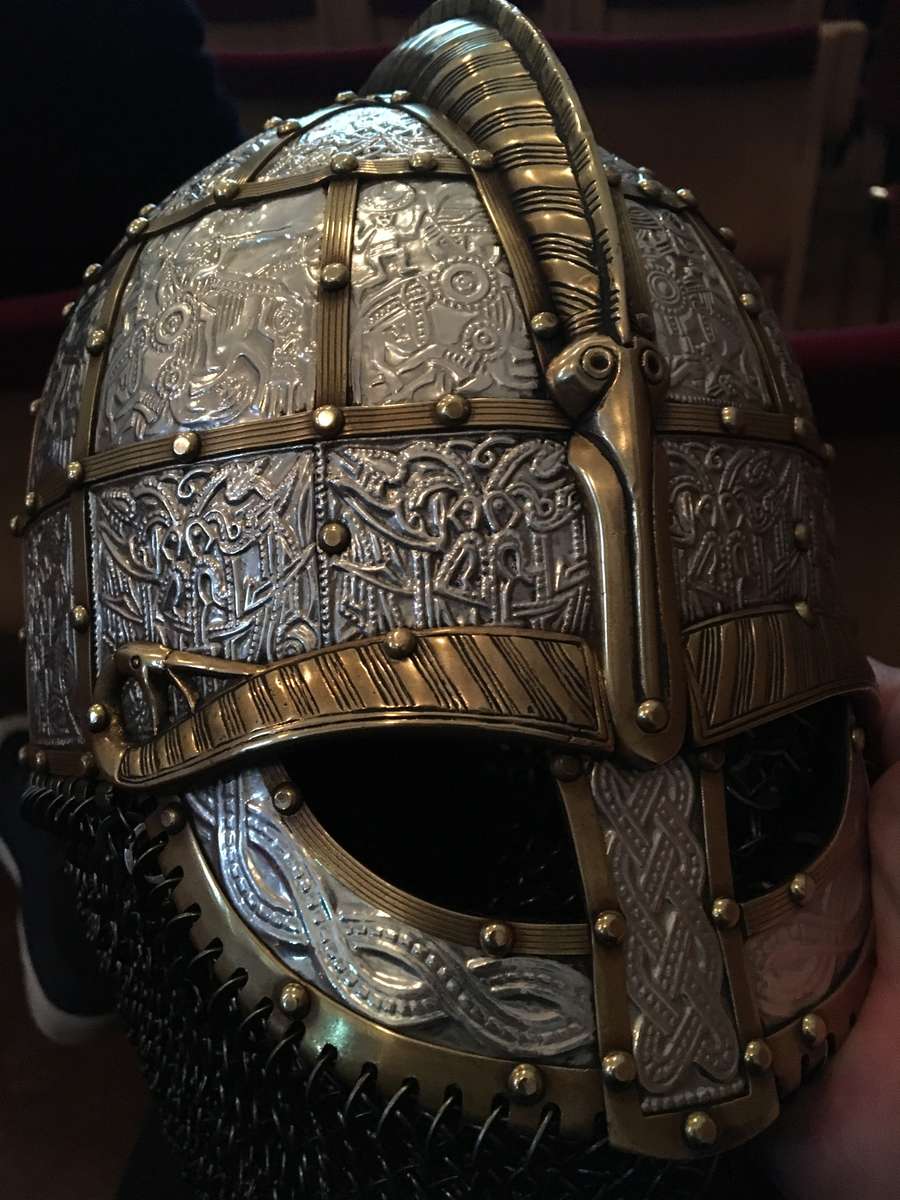 An immaculate reconstruction of the Valsgarde 8 helmet

A reconstruction of a Valsgarde grave from the Gustavianum Museum, Uppsala. The grave goods may have been placed as if the dead person was going on a boat journey, or as they may have been in a hall.

The Wulftheodenas historical re-enactment group recreate the early Anglo-Saxon Age and the Vendel period from the 5th to 7th centuries – from the famous Sutton Hoo ship burial finds in the UK, to the Vendel and Valsgårde sites in Sweden. The rich, highly skilled, decorative metal work in particular from the Vendel period has had far less attention than work from the less elaborate but more infamous Viking Age that followed.

Wulftheodenas, according to their website, ‘strive for a consistently high standard of reproduction, and for consistency with the known facts’. To this end, they try to replicate archaeological artefacts as best they can and each member is like a walking, talking grave find.

‘Valsgårde 8’, otherwise known as Matt Bunker, gave a talk on his efforts in reconstructing some armour from his chosen grave from Valsgårde in Sweden. Well, it was assumed to be armour. A bunch of iron strips with bits of mail attached were found bundled up in a chest, along with the other usual trappings of a wealthy warrior. How they went together was speculation. Matt explained how he reconstructed them as leg armour (greaves) and an arm protector (vambrace), and how they worked. The first interpretation of them had them as some sort of body armour, which appears to be quite impracticable.

Somewhat unexpectedly, when I talked with ‘Vendel 14’ I found he was an Australian. Matthew Woodland had been a reenactor in Newcastle, NSW, before he moved to the UK and joined Wulftheodenas. It was strange talking with ‘Vendel 14’ about reenactors we both knew and Viking Age re-enactment events in Australia we had both been to.

David Roper (who also runs Ganderwick creations) gave a talk about the process involved in recreating the Uppårka Beaker. This beaker was found in what has been interpreted as the remains of a temple building in Uppåkra, south of Lund, Sweden. The ceremonial beaker, from around the year 500, is about 20 centimetres high and decorated with bands of thin gold leaf, embossed with designs of humans, snakes, and horses. David’s laborious reconstruction, like all the reconstructed helmets and swords and other items Wulftheodenas brought with them, were – unlike museum objects – able to be passed around the room. 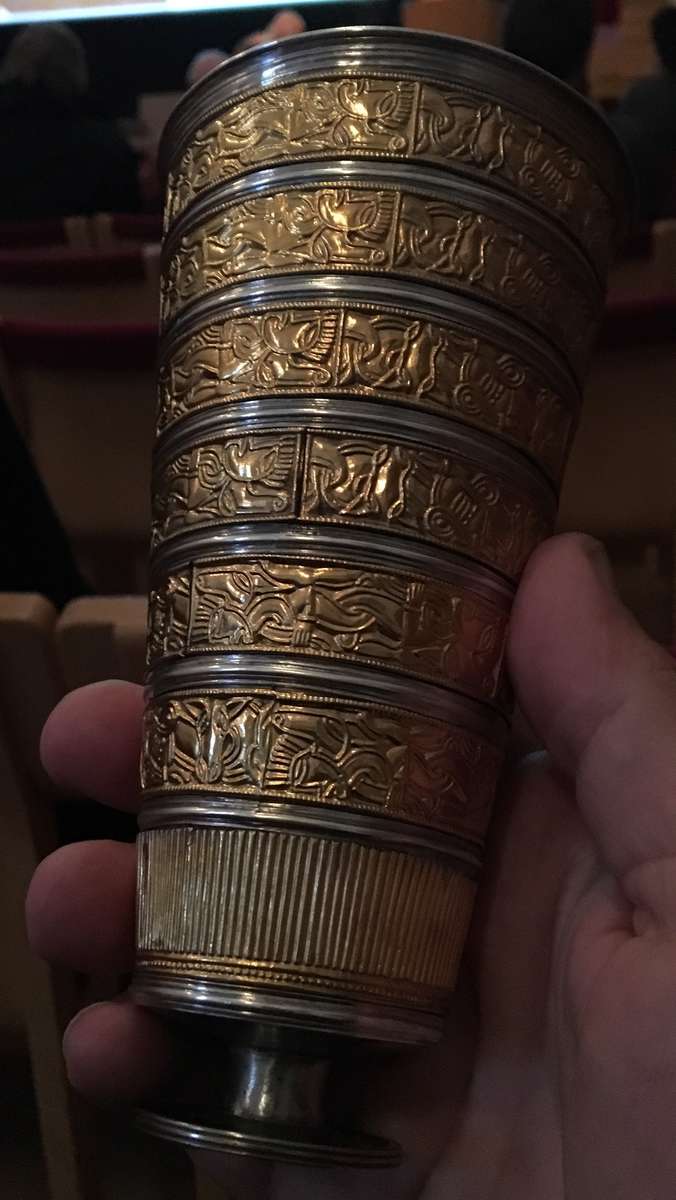 I’ve written elsewhere about reenactors, popular culture, authenticity and performance. While it is not a defining trait of reenactors to be obsessed with the texture of material culture, it is often important. But this obsession to detail, especially when played out in a performance, or a seminar with expert contextual information, leads to historical interpretation and audience interaction that can unfold with surprising results. 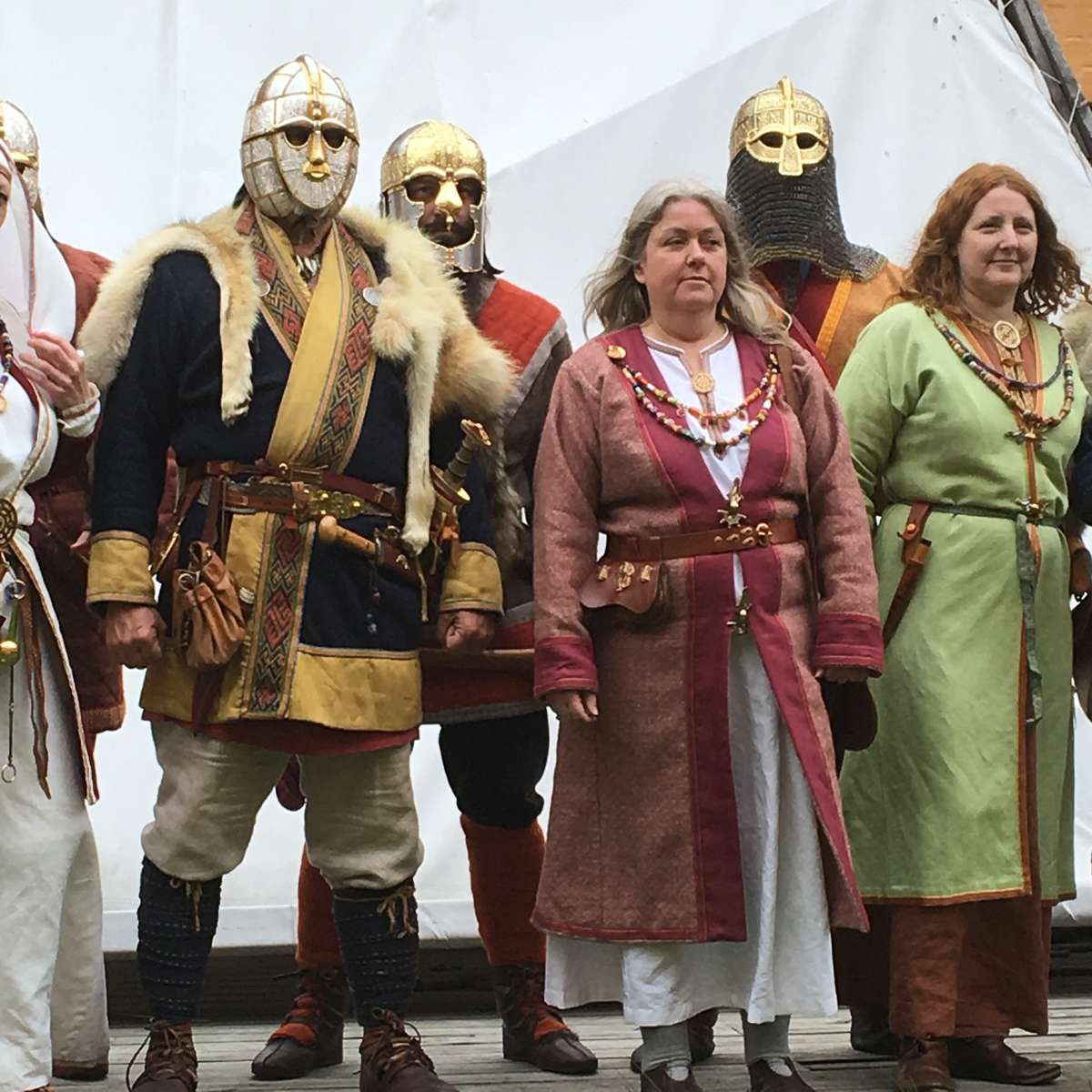 Members of the British group Wulftheodenas at the Historiska Museet, Stockholm in May 2016

Wulfheodenas members have worked with the museums, been part of archaeological digs, given lectures, written papers and published books on Anglo-Saxon and Vendel material culture. They have been seen on and advised for various film and television productions. I’m still waiting for their Zombie Vikings Attack! to come out.