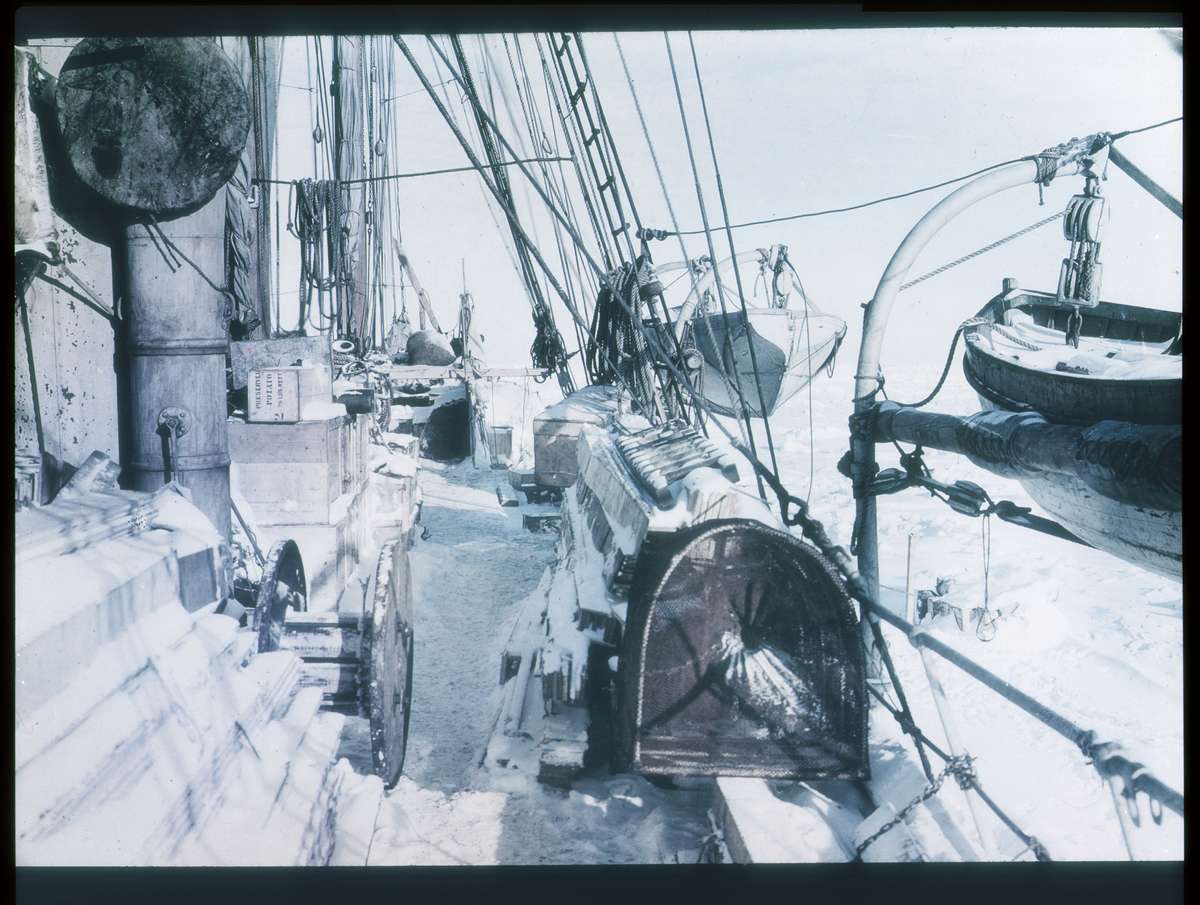 “The sight of land scarcely raised our spirits at all, for it is generally reckoned impossible for us to reach it… Hunger is now our lot, not starvation but real hunger all day long. For breakfast we have a seal steak and half a mug of very weak milk…”, Thomas Orde-Lees Endurance storekeeper, near the Antarctic peninsula 24 March 1916 (from John Thomson Sea Island and beyond 2003).

The next day a blizzard set in, icebergs jostled and floes swirled rapidly around the fragile floating camp of 28 men as it drifted slowly north-west past the islands off the northern Antarctic Peninsula. Expedition leader Sir Ernest Shackleton kept a watchful eye on the danger, with the three lifeboats poised for launch should the ice break up beneath them.

By end of March 1916, a hundred years ago, in the Weddell Sea Antarctic adventurer Sir Ernest Shackleton and his men had been trapped in ice for 14 months. In January 1915 his expedition ship Endurance was beset in Vahsel Bay, en route to Antarctica in his attempt to make the first crossing of the continent, by foot, with dogs and sledges, nonetheless. 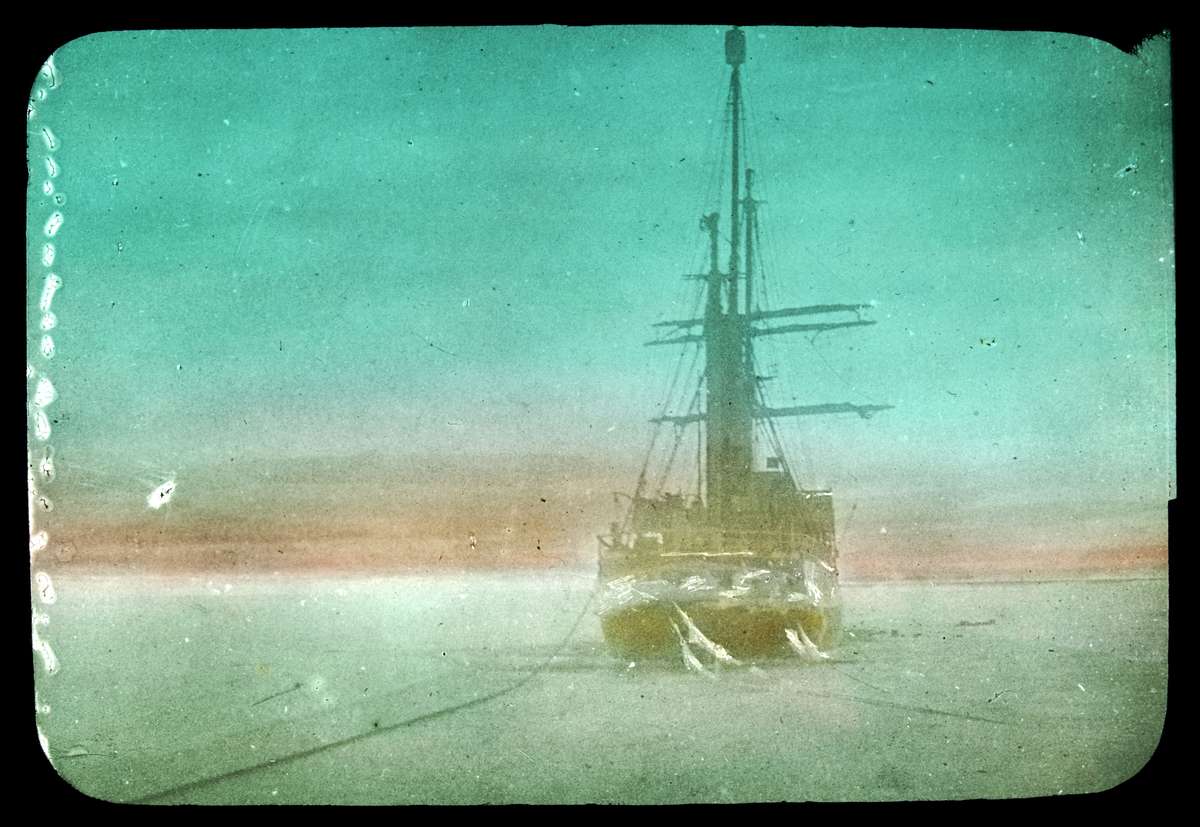 From October 1915 when Endurance was crushed, the men – a mixed party of sailors, scientists and only a few seasoned Antarctic expeditioners – had been camped on the floes, with four kilometres of icy ocean beneath them, floating in the washing-machine waters of the Weddell Sea at the behest of the elements. With the aim now survival they were planning, hoping to drift close to land at Snow Hill, Paulet or Sea Islands before drifted into the treacherous southern oceans. 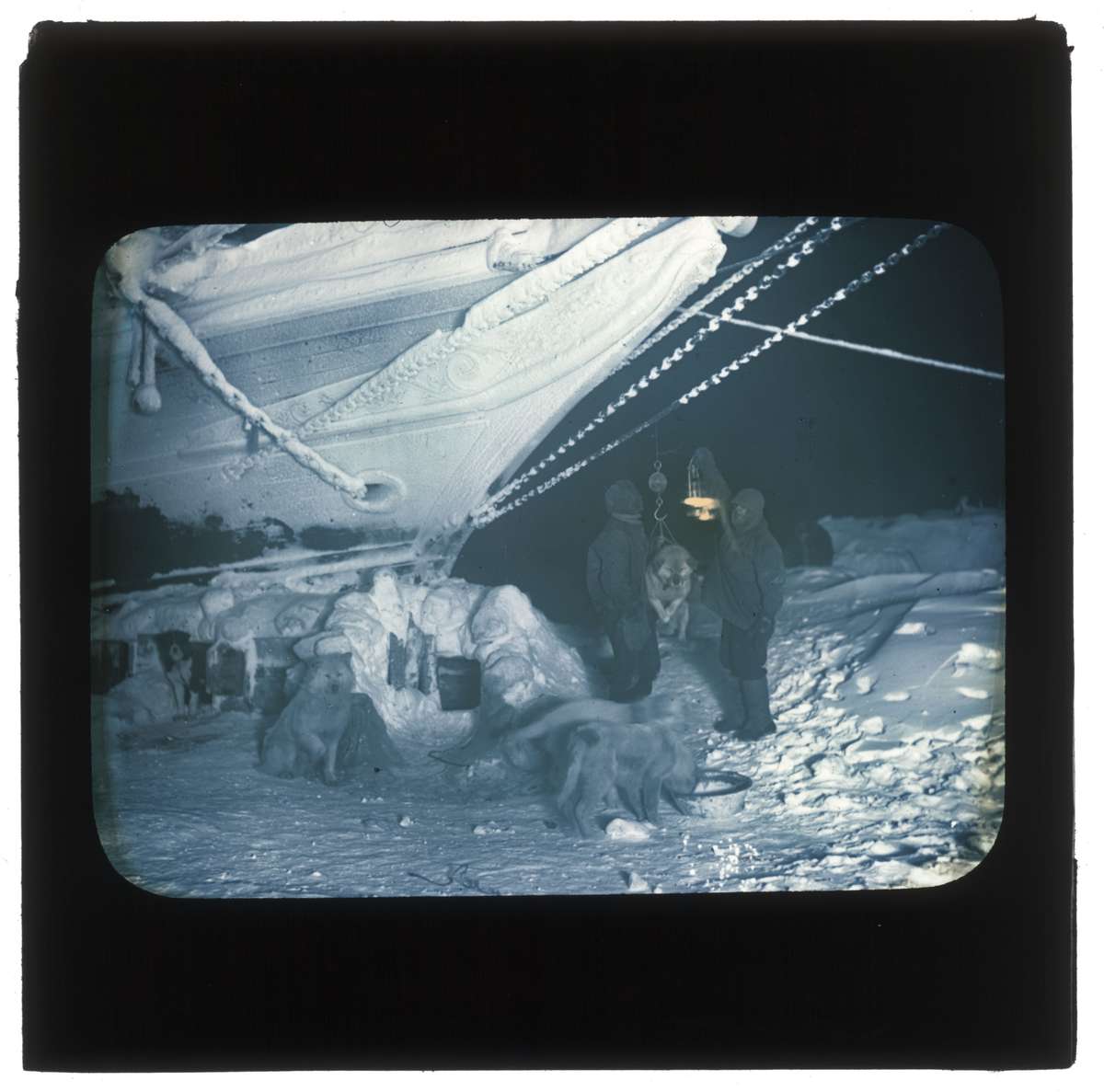 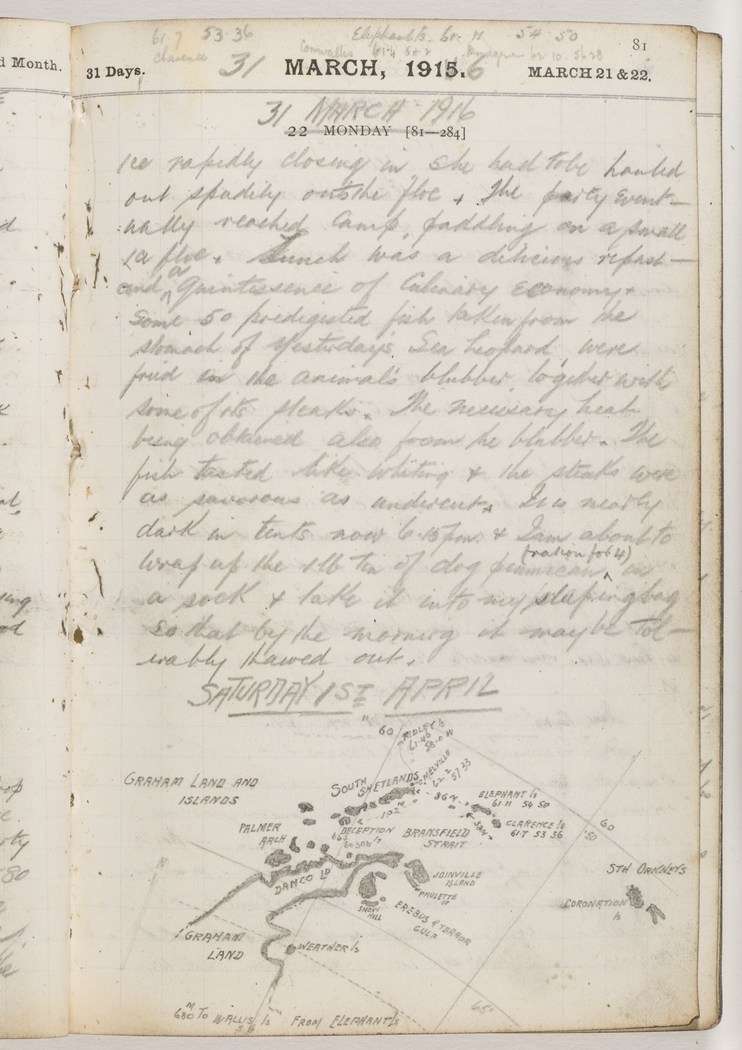 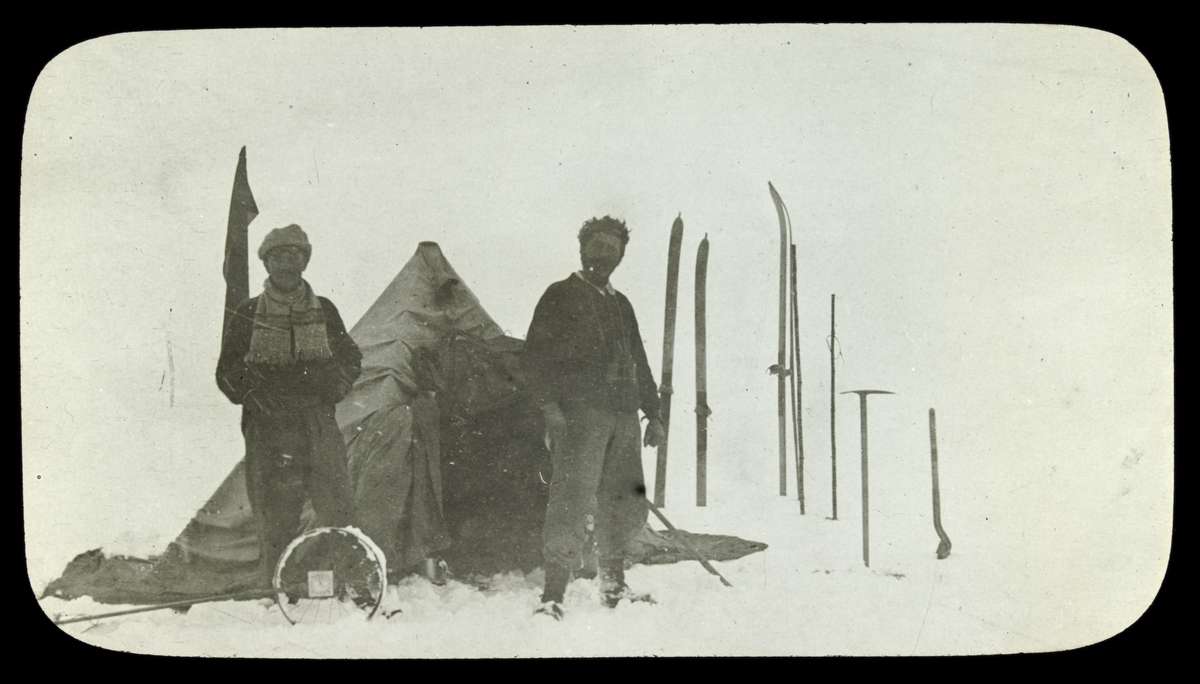 On the other side of the Antarctic continent, near Ross Island, Shackleton’s supply party on the Aurora were also trapped, the ship disabled and drifting towards New Zealand. The marooned men at Hut Point and Cape Evans had just returned from a sledging trip to lay supplies for the leader who would never come. On 9 March 1916 expeditioner, photographer Reverend Arnold Spencer Smith died from scurvy, two other men including leader Aeneas Mackintosh were critically weak and were hauled to the huts by sledge, their dogs were decimated and supplies low. Neither party knew of the fate of the other or indeed if they would see home and family again. 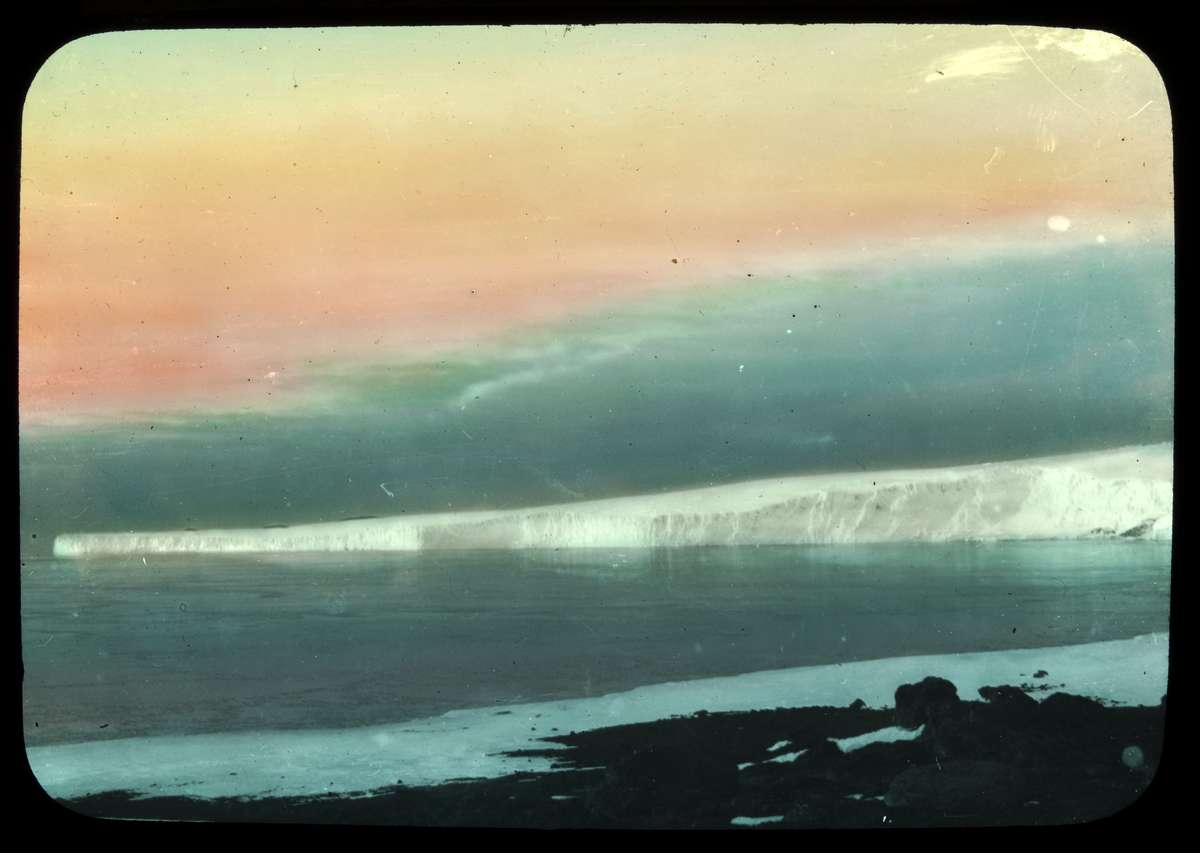 Sounds like a bleak proposition in a world of wonderment doesn’t it?

The story of the Imperial Trans-Continental Expedition of 1914-17 (ITAE) is full of drama. Like a swashbuckling adventure story, it is full of peaks and troughs, courage and impotence, stoicism and surrender, a remarkable small boat journey, incredible trekking by sledge across the ice barrier, and even more remarkable survival through the darknesses of the Antarctic winter. On the whole these men were ‘made of sterner stuff’ than most of us could imagine. The expedition did lose three of its men from the Aurora supply party yet the strategic actions of leader Sir Ernest Shackleton in saving the entire complement of marooned men from the Endurance, while initially lost amidst the howling devastation of World War I one hundred years ago, have become legendary. 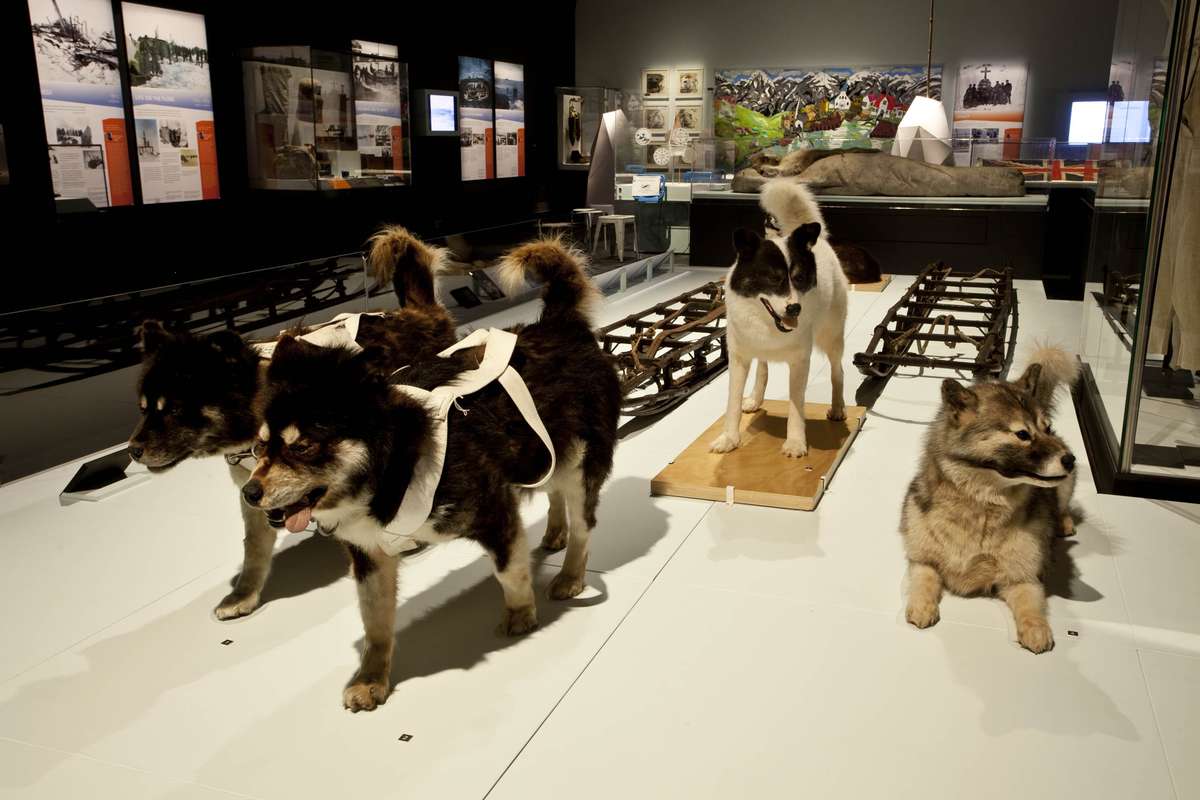 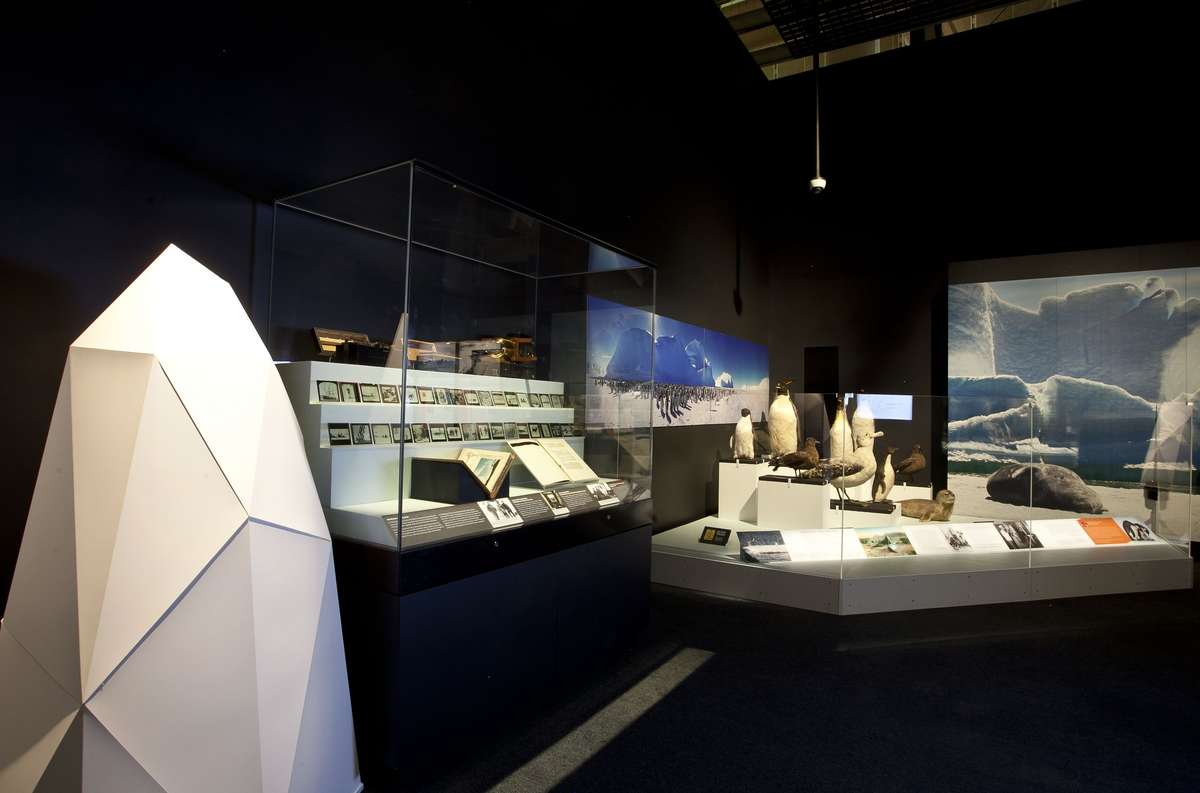 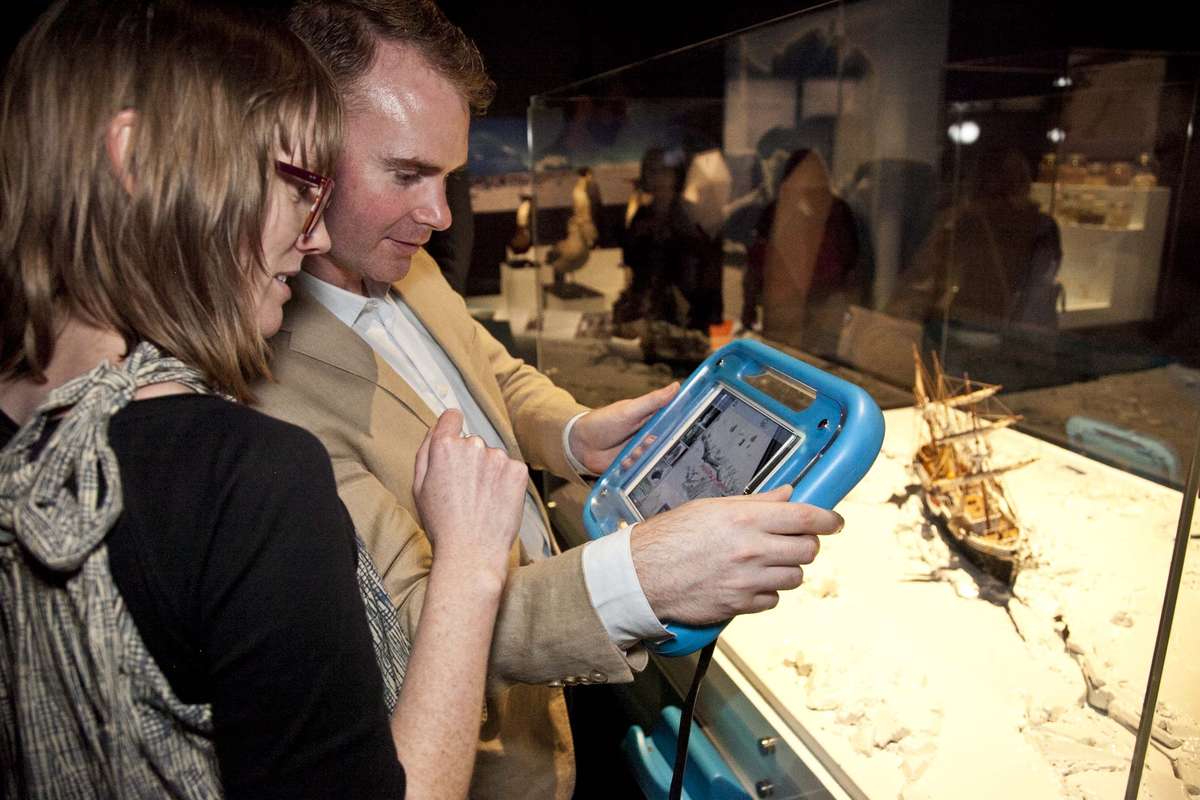 ANMM’s exhibition Shackleton: Escape from Antarctica charts the exploits of both expedition parties. It features animated augmented-reality dioramas, stunning imagery by expedition photographer Australian Frank Hurley, art, rare artefacts, including an ITAE medical kit – how did the men treat scurvy? – and taxidermied Antarctic sledging dogs. It also features seals and penguins, which although protected today, fed the men on both sides of the Antarctic during their years-long ordeal. 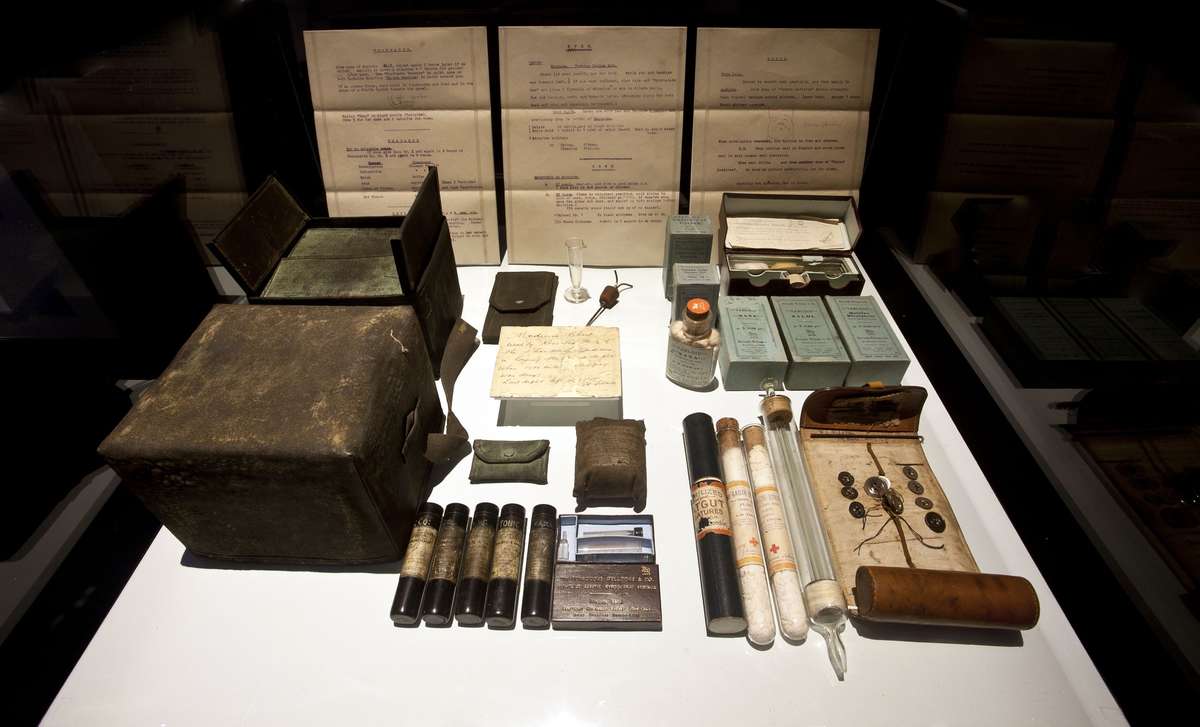 we had what to me is the most civilised dinner for nearly two years.  namely fresh-boiled eggs, and [penguin] bacon. The eggs certainly tasted like ambrosia to me….fortunately Gaze brought over 30 dozen, we will need them at this rate. They have collected about 1000 eggs at Cape Royds, the first egg being collected 9 November. Adelie penguins lay several eggs…