This watercolour ‘Ban nel long [Bennelong] meeting the Governor by appointment after he was wounded by Willemaring in September 1790’ by The Port Jackson Painter shows Governor Arthur Phillip being rowed out to meet Bennelong to attempt a reconciliation after the governor had been gravely wounded by a spear at Manly. Bennelong has his nawi (bark canoe) paddle raised. Watling Collection, Natural History Museum, UK.

In January 1788, life for people in Sydney was transformed dramatically and forever. The first inkling of change was the appearance of two ship’s boats in the harbour. This was the advance party of the 11 ships anchored at Botany Bay, exploring what Captain Cook had called Port Jackson in 1770 as a better site for the establishment of a British colony. Little did the people of Sydney know what was to follow in the wake of these ship’s boats. Within 12 months a small bridgehead of British colonisation had taken hold around Warran, or Sydney Cove, and at least half the Indigenous population had died from disease, their bodies littering the foreshores of the harbour in May 1789.

The ‘Portsmouth Gig’ being installed for display in the Wharf 7 building foyer.

When Captain Arthur Phillip landed at Sydney Cove with a party of marines on 26 January 1788 he was rowed ashore in a ship’s boat just like this replica that the museum has put on display for the first time. The Portsmouth gig is a full-scale replica of the type of boat used by Phillip and the officers of the First Fleet when they began to explore and survey the harbour.

It was built by John Perry, master boatbuilder of Portsmouth, UK, in 1987. It is 18 feet (5.5 metres) in length, with a beam of 6 feet 6.5 inches (2 metres) and has a draft of approximately 15 inches (0.4 metres). The planking is iroko with the frames, stem, stern post, keel and knees of English oak and the thwarts, top strake, rudder and transom of teak. All fittings are made of bronze with copper fastenings.

A mast can be quickly stepped in place for a spritsail, mainsail and foresail. The design and construction method are based on plans obtained from the Royal Museums Greenwich in 1987. Such ship’s boats were originally designed for a crew of eight – six oarsmen, one bowman and a tillerman. This type of boat was extremely useful for the British as it could sail out to places such as Broken Bay, and with a shallow draught and oars, be rowed right up the Hawkesbury River past present-day Windsor.

In 1988 the gig was presented to the City of Sydney by the council and citizens of its sister city, the City of Portsmouth, Great Britain, as a Bicentennial gift. It was previously on display in the Maritime Services Board building in Kent Street, Sydney, and was donated to the museum in 2013.

As part of the museum’s preparations for the Classic and Wooden Boat Festival, the gig was moved from storage and placed on display in the foyer of the Wharf 7 building, complementing the other wooden boats on display here. Along with the Portsmouth gig, a traditional nawi bark canoe such as can be seen being paddled by Bennelong in the image by the Port Jackson Painter will be made on the shores of Gomora or Darling Harbour by Sydney Indigenous community members. 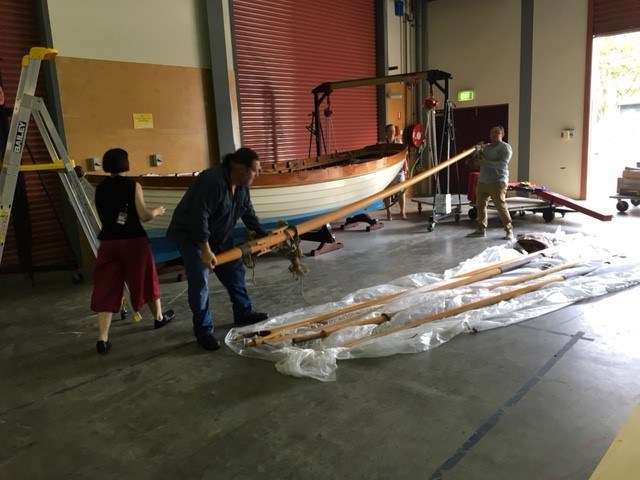 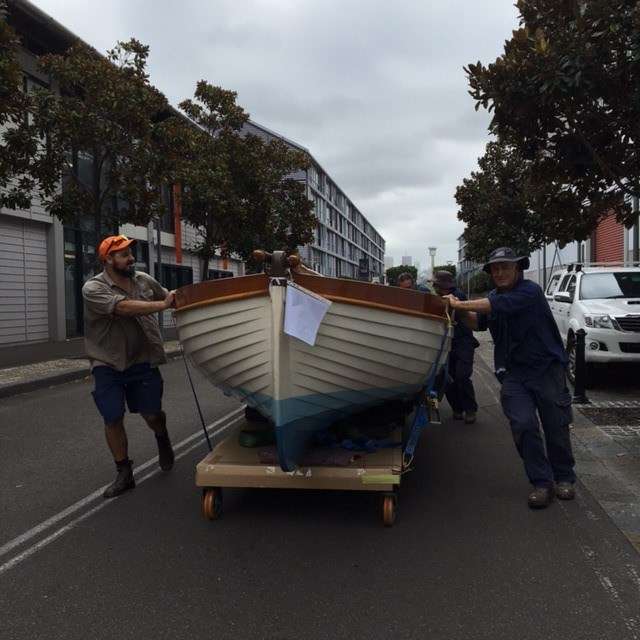 The gig on the road 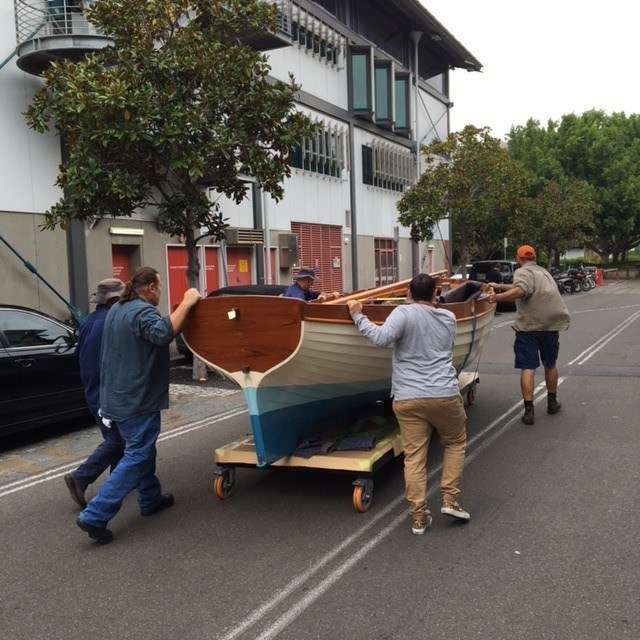 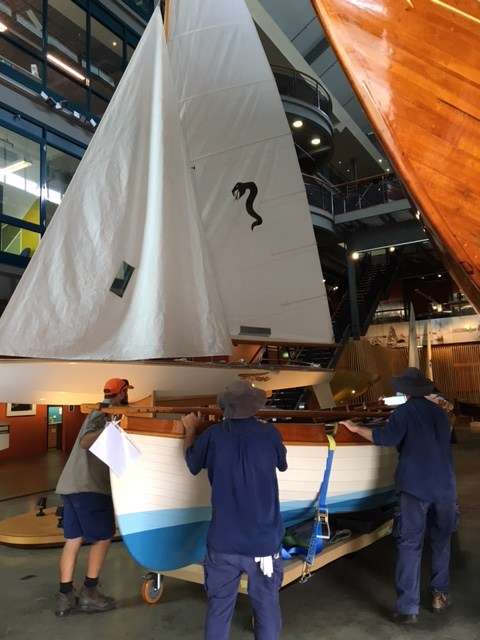 Moving the gig into place

The gig has a new home

View all posts by Stephen Gapps→
Posted in: Vessels , From the collection
↑