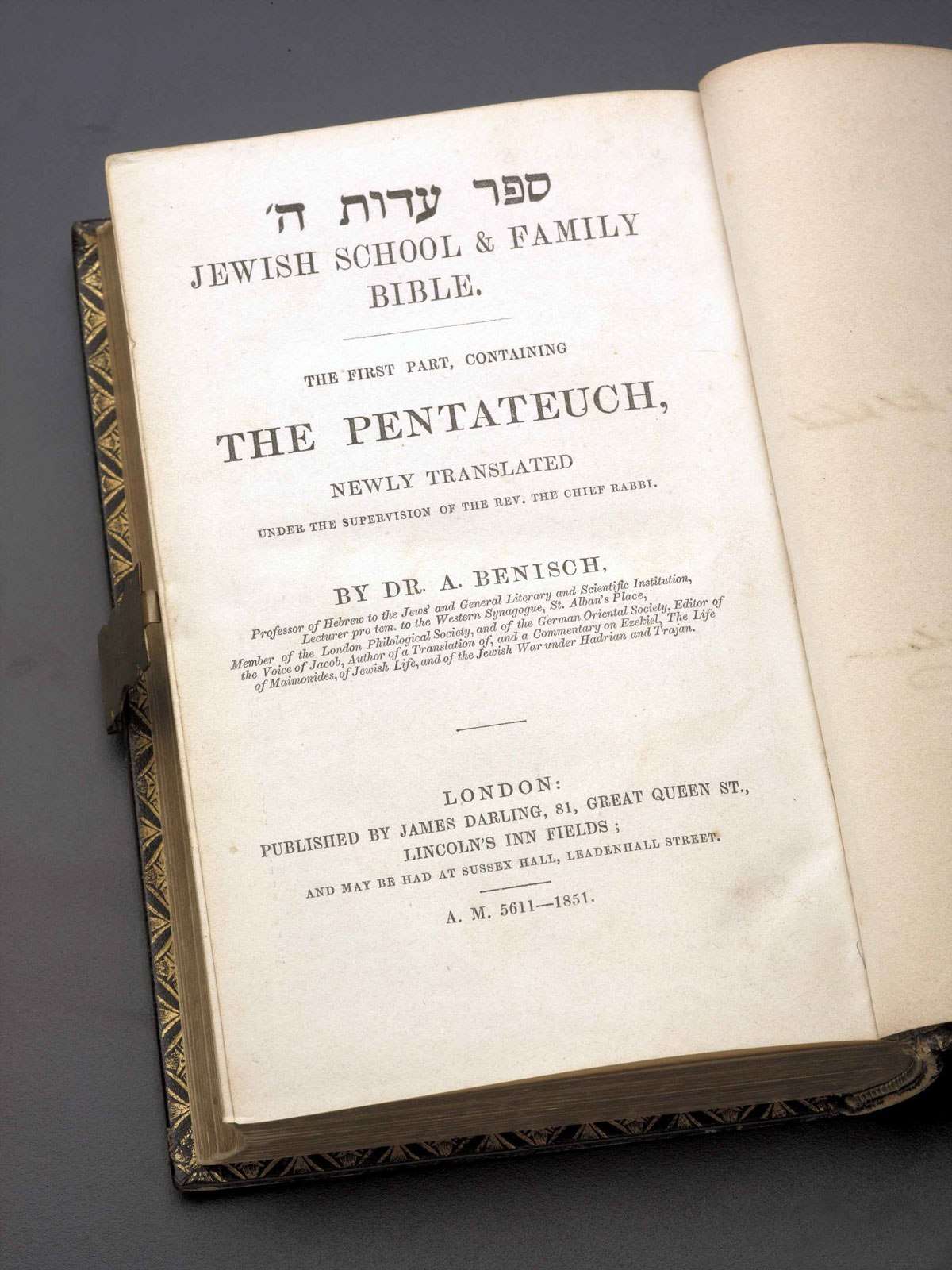 I have just finished reading Geraldine Brook’s masterfully written People of the Book (Fourth Estate, London, 2008), in which Brook describes the fictional quest by an Australian paper conservator to track down the previous history of the Sarajevo Haggadah ­– an extremely rare and highly significant illuminated Jewish manuscript – that was written in Barcelona, Spain, around 1350.

This quest by Brook’s fictional conservator reminded me immediately of a Jewish object in our collection at the Australian National Maritime Museum which also has an intriguing story to tell.

In March 1991 Dr Mark Staniforth, the then curator of 19th-century immigration at the museum, acquired from a Sydney book dealer a Hebrew edition of The Jewish School and Family Bible. The First Part, containing the Pentateuch which had been published by James Darling of Lincoln’s Inn Fields, London, in 1851. 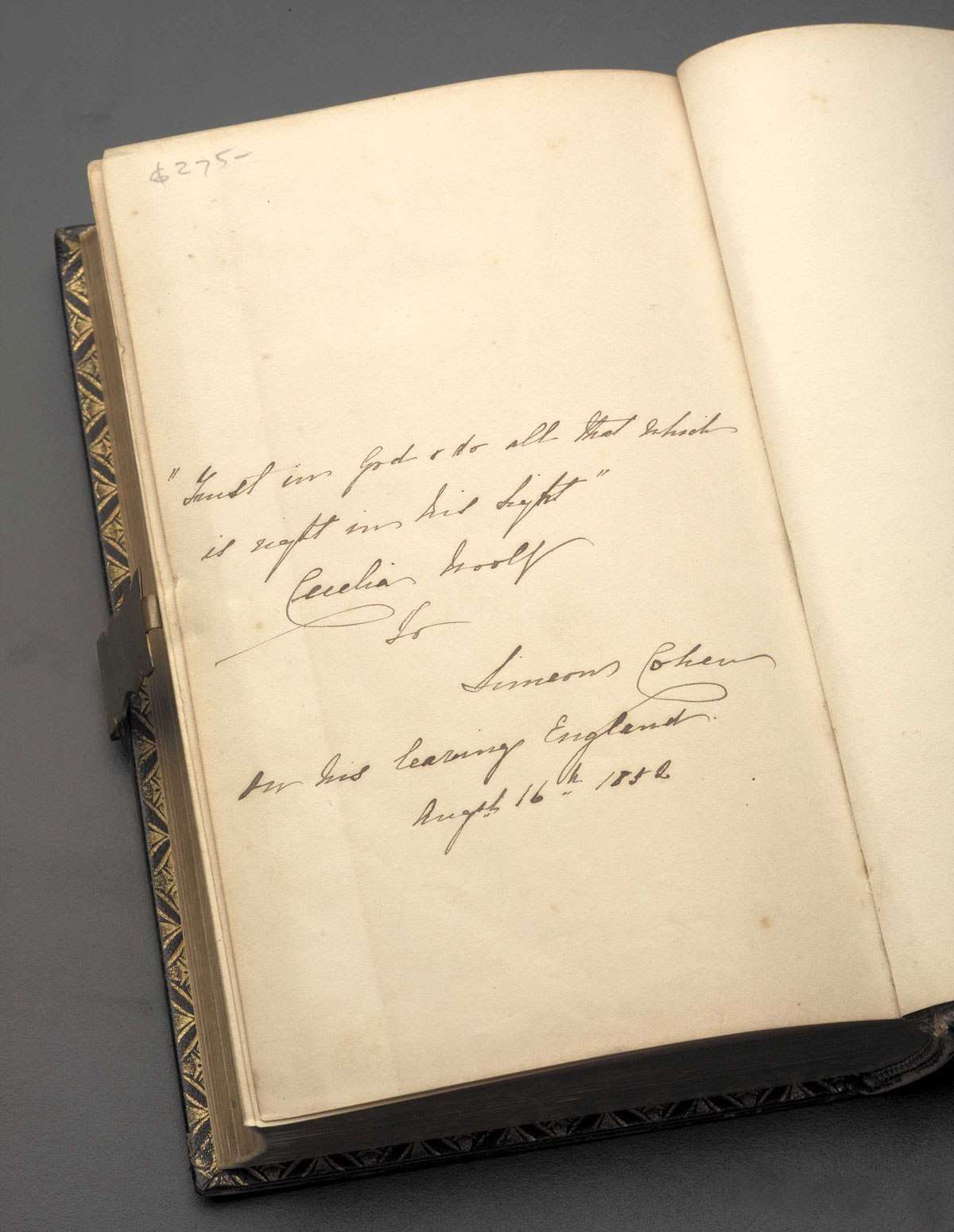 Looking back through the acquisition paperwork I can see that Mark – who was developing a small exhibition around the theme of passenger journals, accounts and diaries at the time – was greatly impressed by an inscription in the Pentateuch, which simply stated:

Trust in God and do that which is all right in his sight, Cecilia Woolf to Simeon Cohen on his leaving England. August 16th 1852

No doubt at the time Mark tried to identify Cecilia Woolf and Simeon Cohen, but in the pre-internet age this would have been a mighty and difficult task, and the annotations in the acquisition file indicate that little if anything was found.

Fast forward more than 20 years, and in 2012 I was carrying out some general background research, leading up to the 150th anniversary of the SS Great Britain’s first voyage to Australia, when I came across a reference to a 20-year-old passenger called Simeon Cohen having departed Liverpool, England, on 21 August 1852 on board the first Liverpool-to-Melbourne voyage of that famous ship. 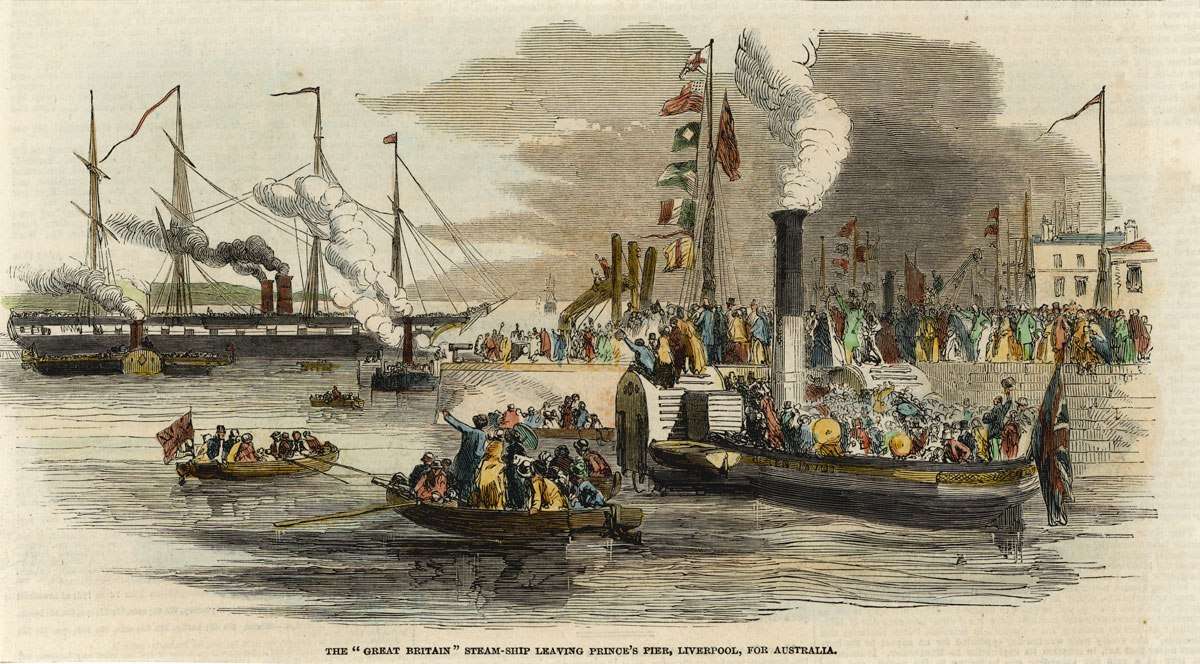 A quick internet search on Trove – the National Library of Australia’s online search engine – came up with additional information on Simeon Cohen, including the fact that he was one of the signatories to a public letter, published in The Melbourne Argus, to the SS Great Britain’s First Officer, Henry T Cox, thanking him for his many acts of kindness on the voyage out and especially for allowing Cohen and the other Jewish passengers on board the ship to use a room for religious purposes during the trip.

Arriving in Melbourne in November 1852, Cohen was obviously impressed not only with the city – where the financial boom created by recent gold discoveries was creating many business opportunities – but also the services of the SS Great Britain, because on 4 January 1853 he left Melbourne and speedily returned to England on board the SS Great Britain, where shortly after his arrival he married his 19-year-old fiancée Cecilia Sarah Woolf in Liverpool in July 1853.

On 11 August 1853 the now-married couple departed Liverpool, again on the SS Great Britain bound for Melbourne, where the Cohens no doubt intended to live and possibly raise a family.

Unfortunately for the Cohens, sea travel in the 19th century was a hazardous undertaking. Insanitary conditions on board many ships, along with inadequate medical knowledge of diseases such as measles, typhus, cholera, whooping cough and chickenpox, meant that the death rate on some voyages could be as high as 30 per cent. 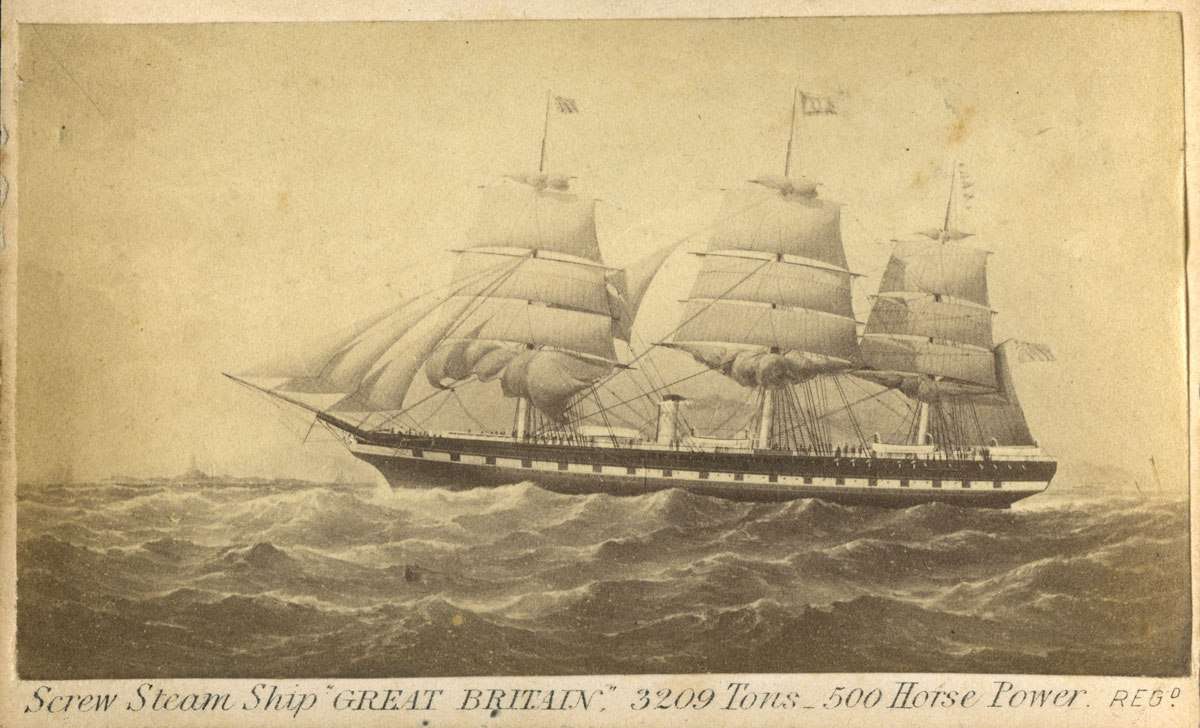 On October 11, just four days before the ship was due to dock in Melbourne, Miss Annie Henning, a first-class passenger, wrote in her diary (The Sea Journals of Annie and Amy Henning, J Thomas, Halstead Press, Sydney, 1984) that:

On going downstairs to bed yesterday, we heard that Mrs Cohen was just dead. No one had an idea that she was so really ill…It is terribly sudden and her husband is almost distracted. He came home from Melbourne by the Great Britain last time on purpose to bring her out, as they had been engaged before and they were only married three weeks before we sailed. It was bronchitis she died of. As we are so near Melbourne she is not to be buried at sea. She was only 19 and her husband is 21.

The ship’s log records that Mrs Cohen died of croup and an infection of the chest and that Captain Matthews allowed her remains to be carried on board the ship, rather than being buried at sea, so that she could be buried according to Jewish religious practice ashore in Melbourne.

The kindness of Captain Matthews to Mr Cohen was very much appreciated by the Jewish passengers on board the SS Great Britain, who in December 1853 presented the captain with a piece of silver plate inscribed ‘as a token of esteem and respect held by them for his urbanity and kindness towards their co-religionists’.

Despite his tragic loss Simeon Cohen remained in Melbourne, where he became a partner in the firm of Messrs John Levy and Sons and a senior partner in Cohen, Nelson and Co. He later married Esther Levy and had three children: Montague S Cohen, Amelia Cohen and Harriet Cohen. On the death of his second wife he married Emma Kiel in 1885 and had a fourth child, Ida Muriel Cohen. Cohen died in July 1895 and was buried in the Melbourne General Cemetery.

How the book dealer later acquired the Cohen Pentateuch is unclear, but who knows what another quick search of the internet might reveal.

View all posts by Kieran Hosty→
Posted in: From the collection
↑